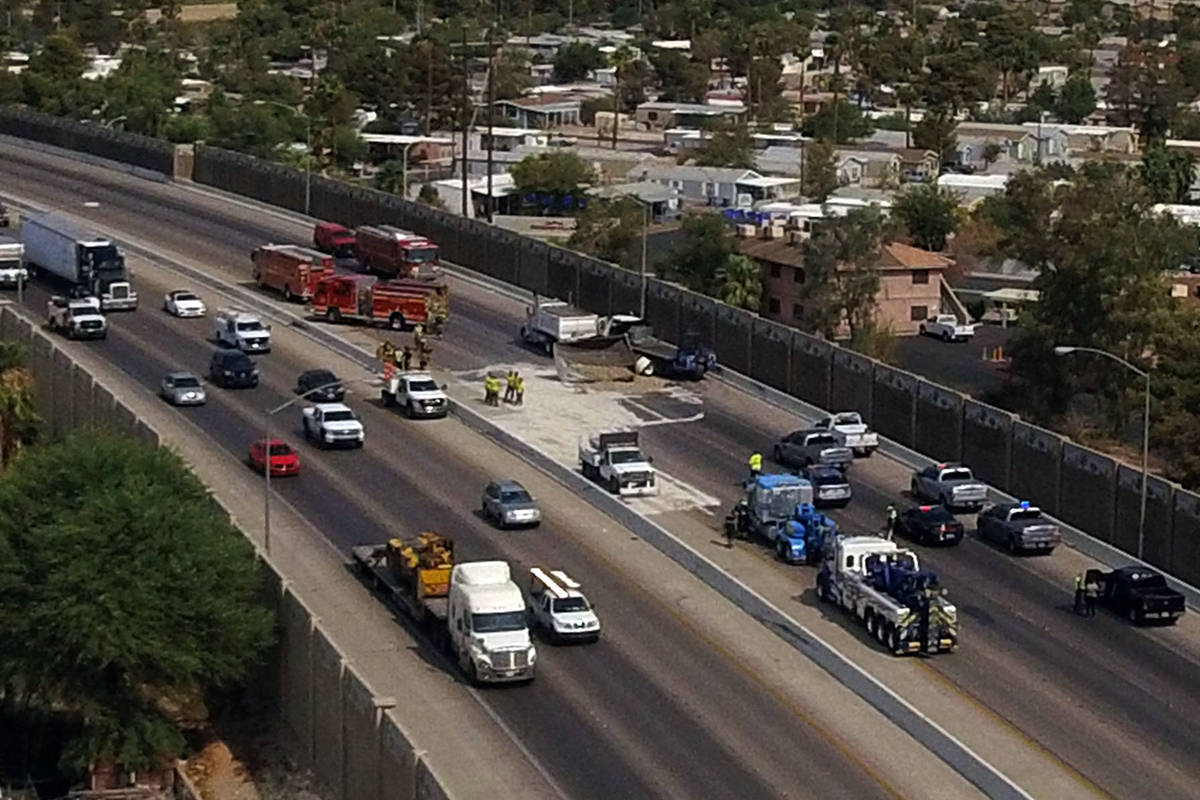 Firefighters extracted an injured driver from the cab of his semi truck after a collision with another big rig on northbound U.S. Highway 95 between East Charleston Boulevard and North Eastern Avenue., on Tuesday, Aug. 17, 2021, in Las Vegas. (Bizuayehu Tesfaye/Las Vegas Review-Journal) @bizutesfaye 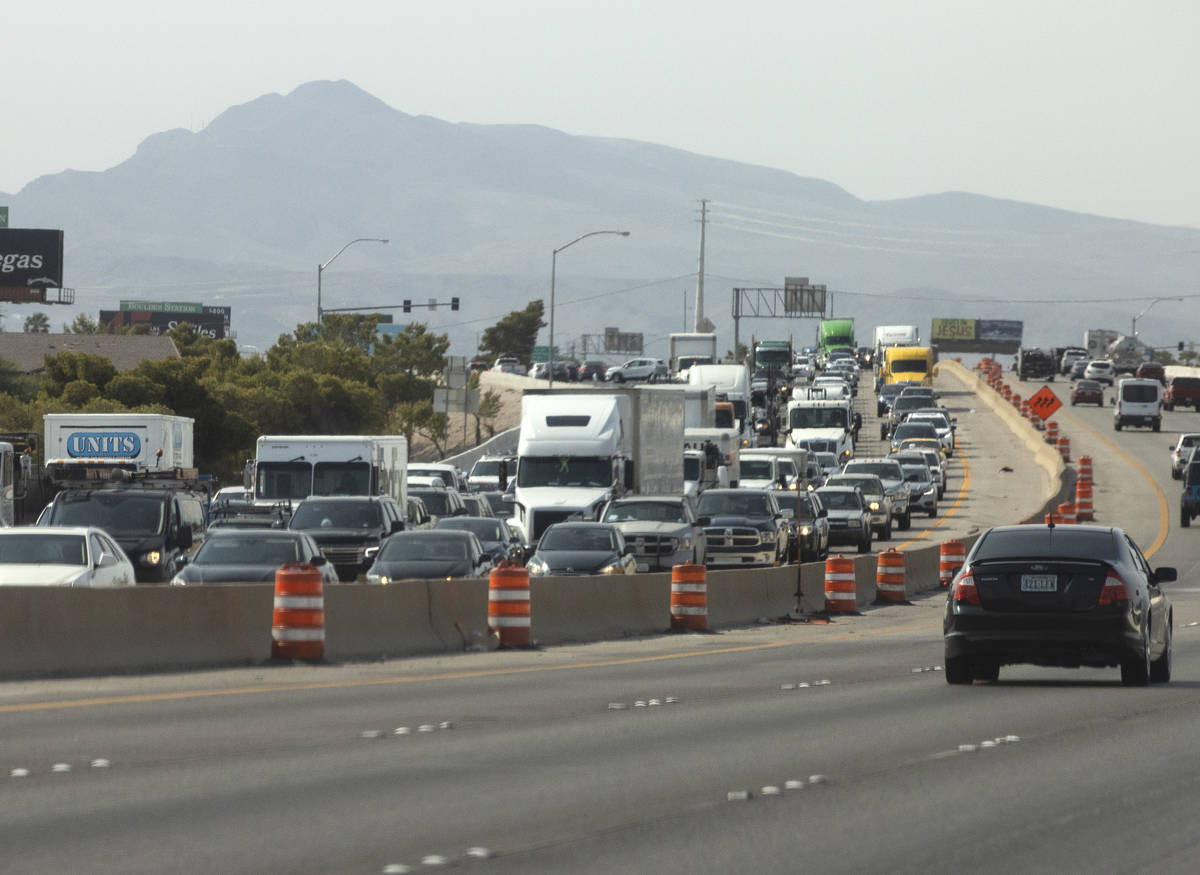 Heavy traffic is seen on northbound U.S. Highway 95 between East Charleston Boulevard and North Eastern Avenue as firefighters extract an injured driver from the cab of his semi truck after a collision with another big rig on , on Tuesday, Aug. 17, 2021, in Las Vegas. (Bizuayehu Tesfaye/Las Vegas Review-Journal) @bizutesfaye

Las Vegas firefighters early Tuesday rescued a trapped, injured driver from the cab of semitrailer after the truck collided with another big rig on U.S. Highway 95 in east Las Vegas.

The freed driver was taken to a trauma center, according to the Las Vegas Fire Department, which did not provide any information on the driver’s condition.

Las Vegas fire crews were dispatched at about 9 a.m. to the scene of the crash near the northbound highway exits of Eastern Avenue and Charleston Boulevard.

The wreck sent debris throughout the roadway and caused a fuel spill, prompting a hazmat team to respond and assist with the cleanup.

Following the crash, U.S. 95 northbound was closed at Charleston for several hours, creating a miles-long backup. The highway reopened at about 1:45 p.m., according to the Regional Transportation Commission.

Further information on the cause of the crash was not immediately available.