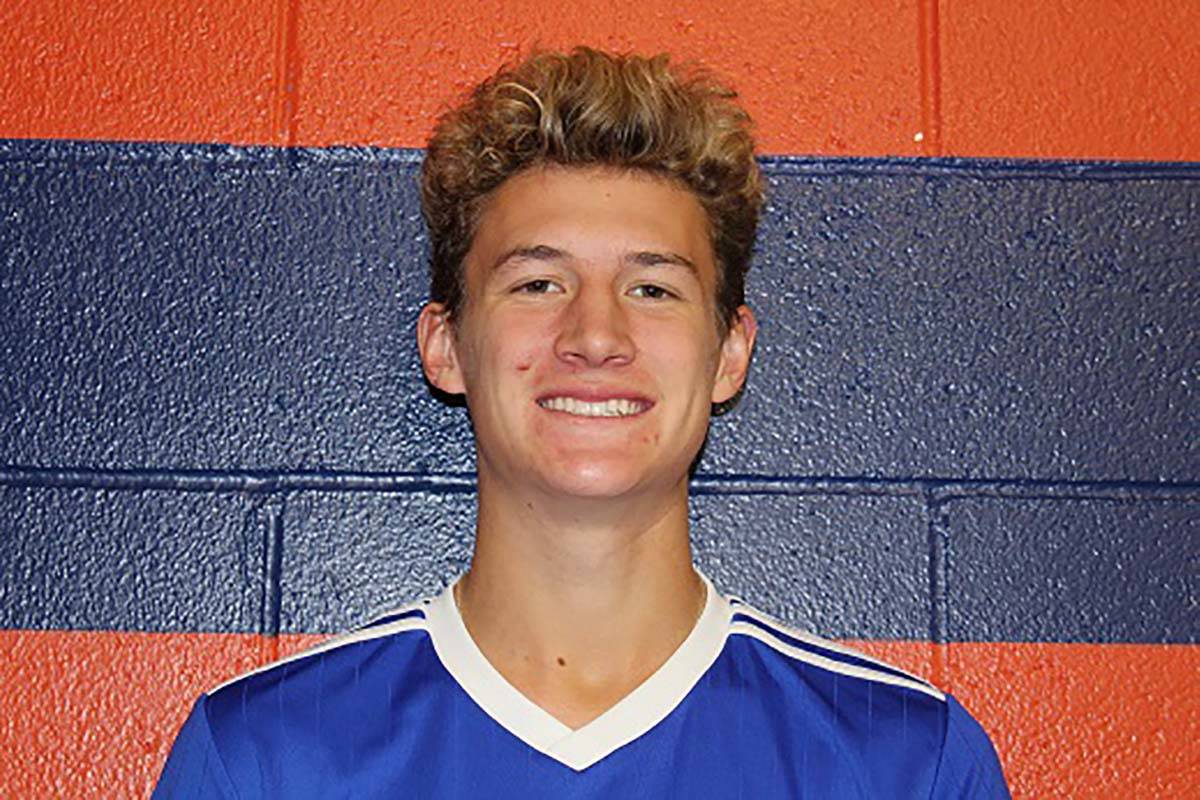 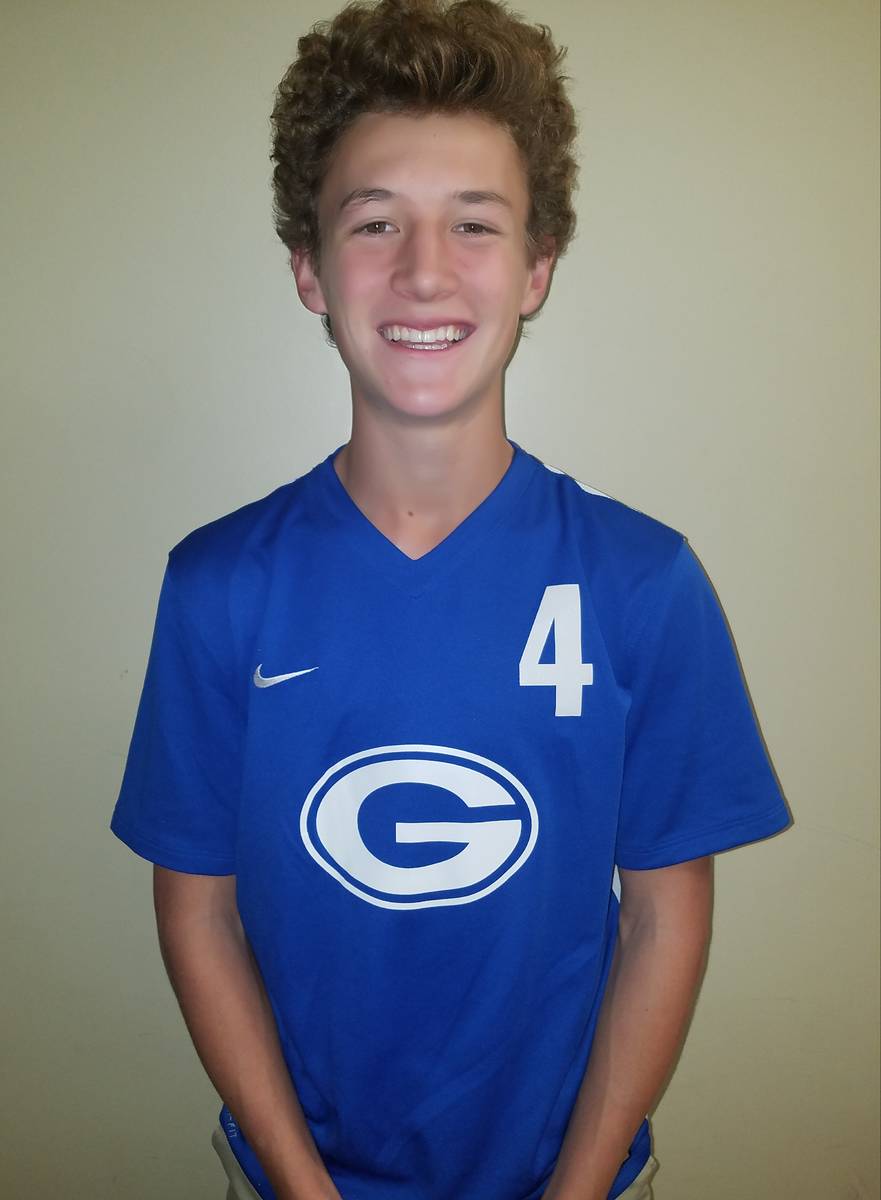 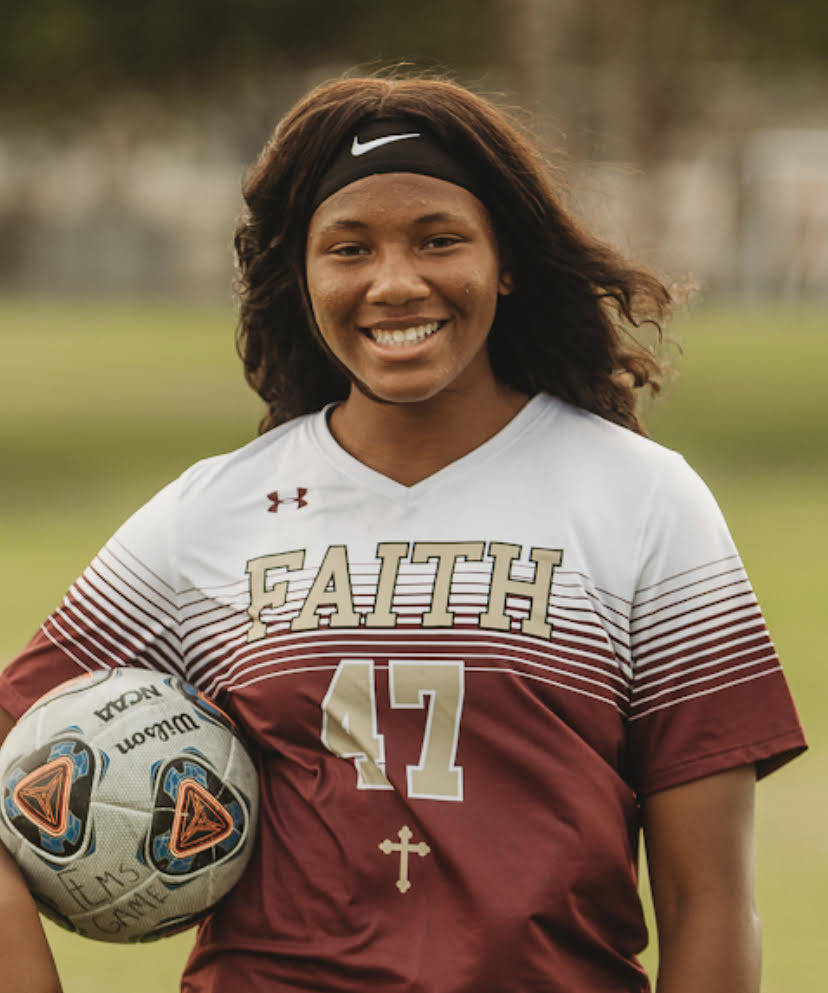 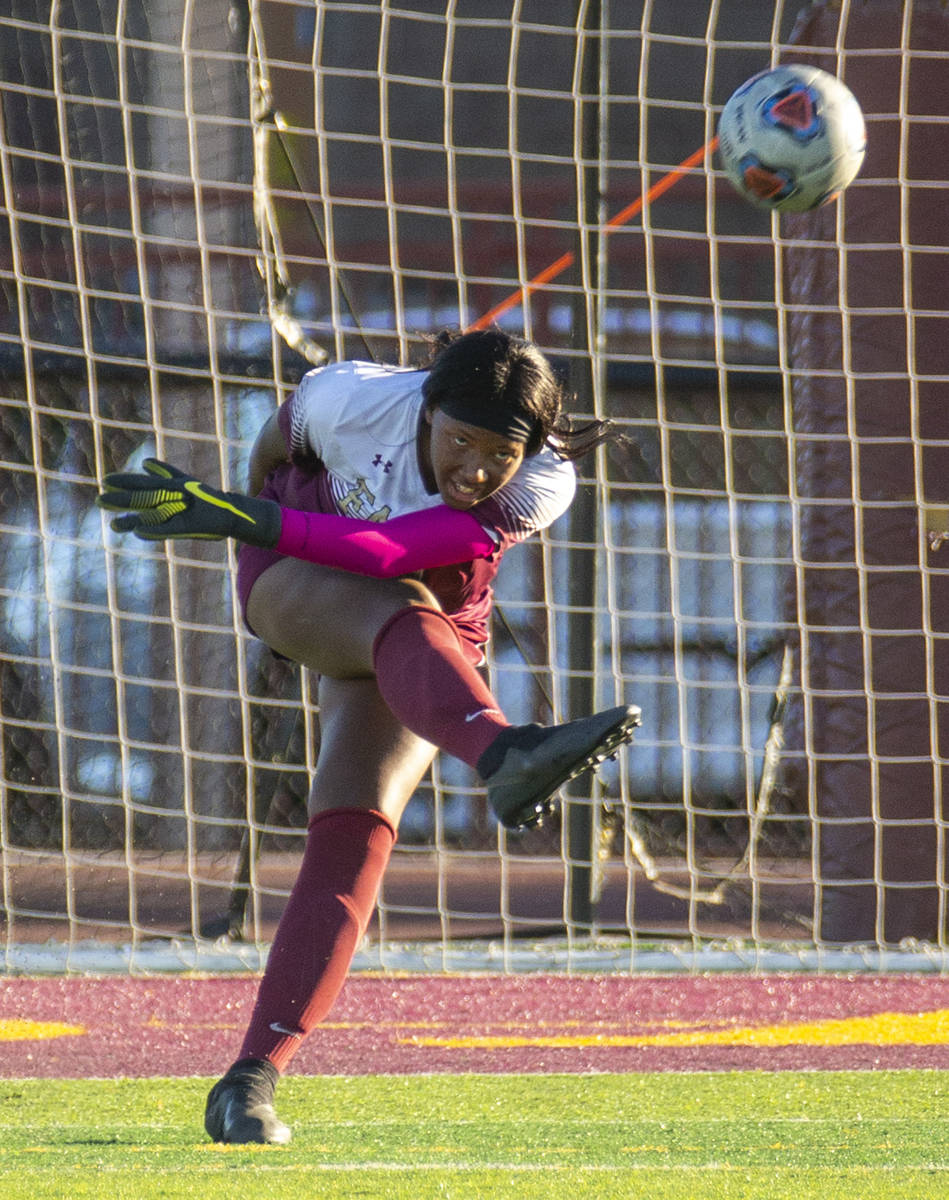 Faith Lutheran's goal keeper Jordan Brown (47) kicks the ball to teammates versus Arbor View during the first half of their soccer game on Monday, Oct. 7, 2019 in Las Vegas. (L.E. Baskow/Las Vegas Review-Journal) @Left_Eye_Images

Two Class 4A state champions have earned recognition as Gatorade Soccer Player of the Year.

Buckley combined strong defense with seven goals and six assists for the Gaels, who were 26-0-1 and won their first state championship since 2012. Buckley assisted on the only goal in the championship game, a 1-0 victory over Eldorado.

Brown helped make the Faith Lutheran defense nearly impenetrable during its 23-0-1 season. She allowed three goals and posted 18 shutouts, including a 1-0 decision over Coronado in the state title game.

Brown scored a goal on a direct kickoff and assisted on two more, and she’s ranked as the No. 27 recruit in the nation for the class of 2022 by TopDrawerSoccer.com. She is the first Gatorade Nevada Girls Soccer Player of the Year from Faith Lutheran.

The Nevada Interscholastic Activities Association has announced its winners for the Top 10 Student-Athletes of the Year awards.

The winners — 10 in the north and 10 in the south — each will be awarded a $1,000 scholarship. They all excelled in sports, academics and community service.