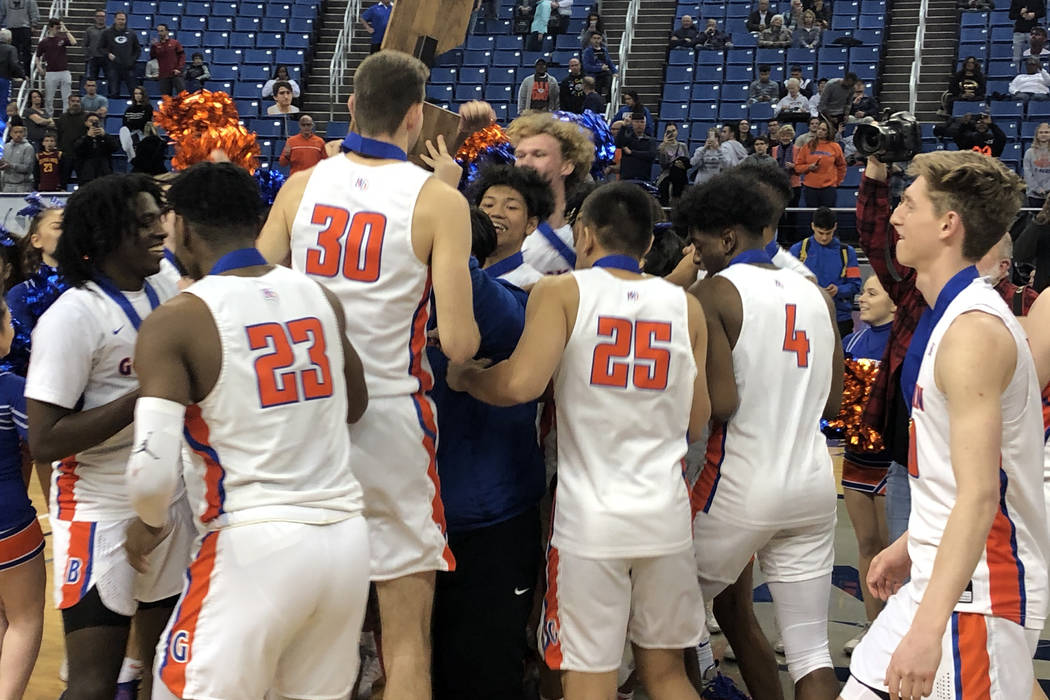 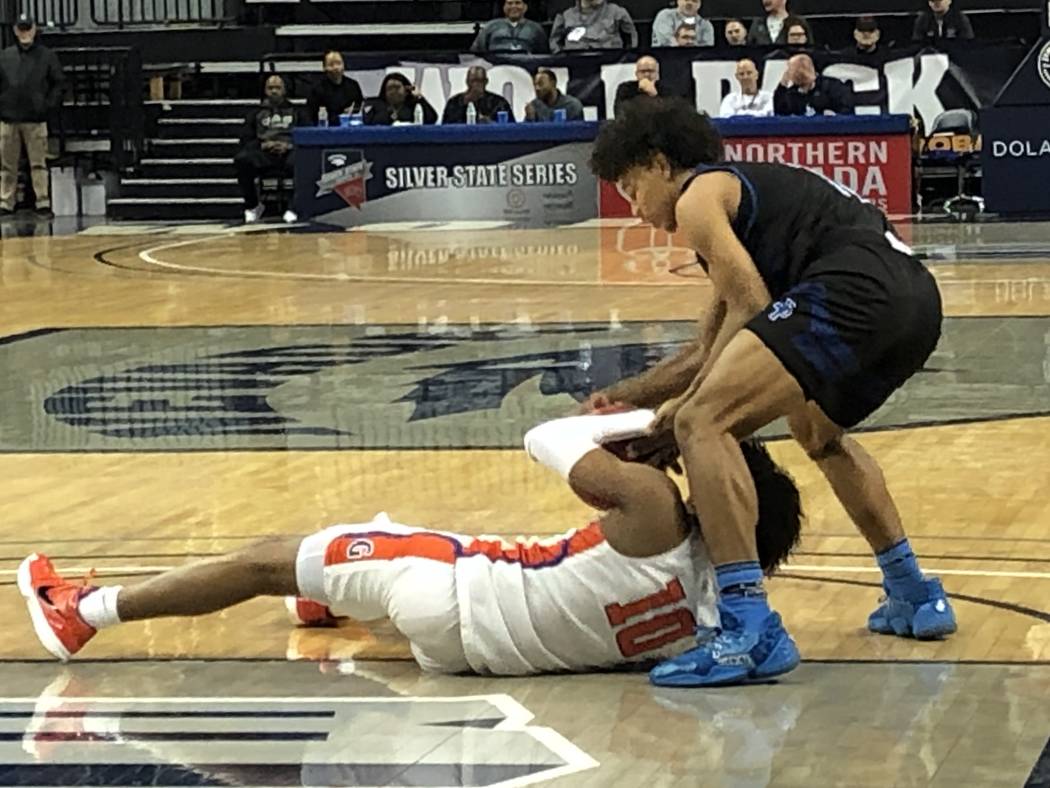 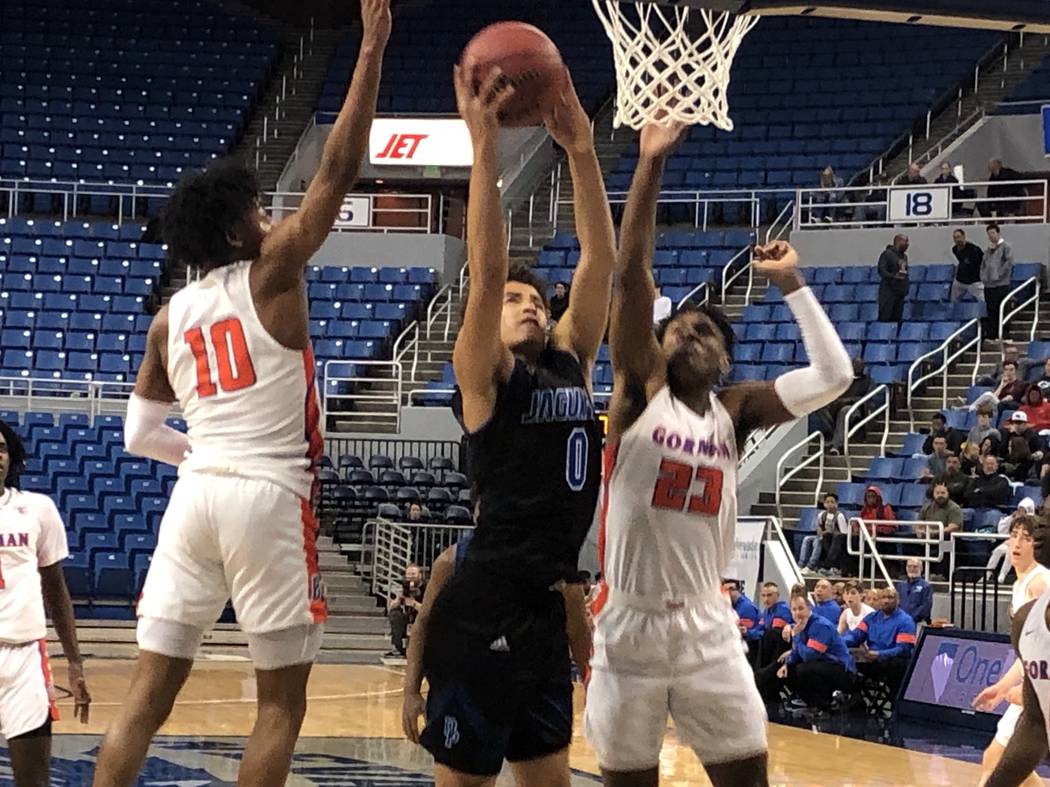 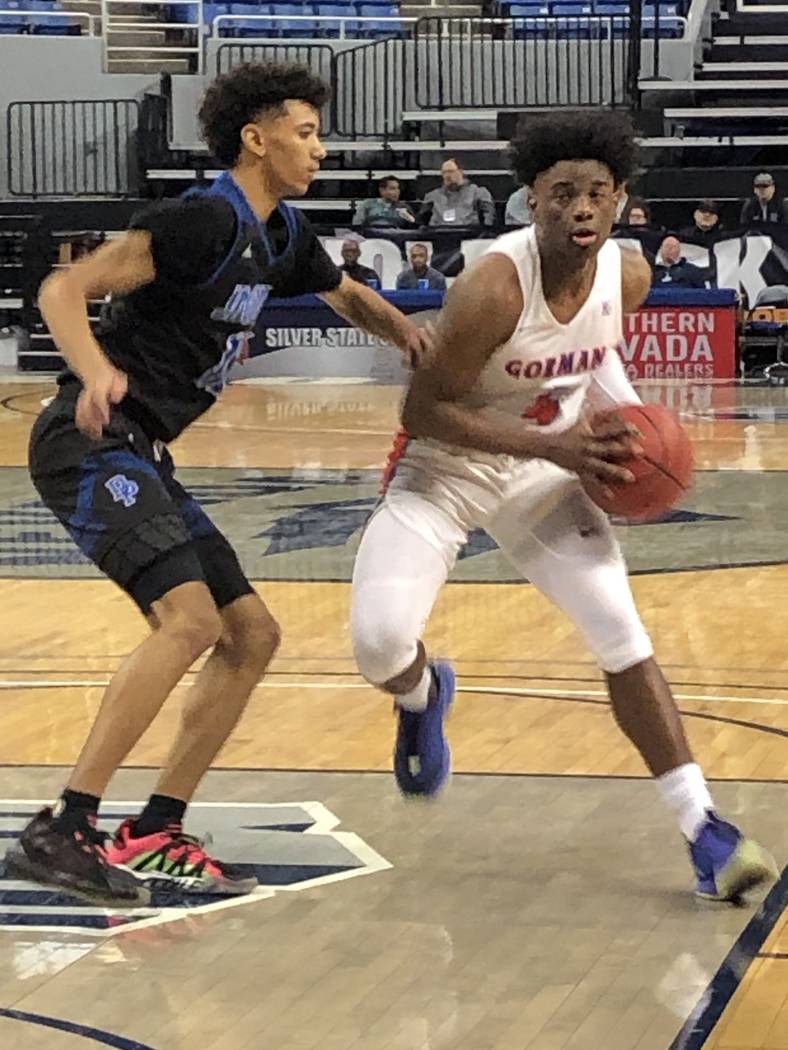 RENO — Bishop Gorman’s boys basketball team erupted in celebration Friday night, and it even trickled onto the court during play after reserve forward Trent Dieleman swished a corner 3-pointer late in the Class 4A state championship game at Lawlor Events Center.

The Gaels were assessed a technical foul, but they probably figured it was well worth it.

“For him to be able to get into his last state game and score, hit a 3-pointer all net. It was great,” Gorman senior forward Mwani Wilkinson said. “I’m really happy for him.”

The most exciting moment in yet another state championship victory.

Gorman rolled through Desert Pines to secure a 65-37 win and their ninth consecutive Class 4A state championship. Players posed for photos on the court after the game during a tame but spirited celebration.

It’s all part of the routine for the Gaels. This is what they do.

“Our guys were focused,” Gorman coach Grant Rice said. “Kids are kids. They’re going to have fun, but they weren’t messing around.”

The Gaels had national title aspirations before the season started, but the transfers of Division I big men Isaiah Cottrell and Max Allen left a void in the middle. And senior Stanford commit Noah Taitz missed most of the season with a knee injury.

But Gorman’s engine continued chugging against yet another rigorous national schedule and through local competition.

Four-star guards Zaon Collins and Will McClendon form the state’s best backcourt along with junior Johnny Braggs. Wilkinson, a Louisiana State commit, manned the frontcourt with Braden Lamar. The Gaels (28-3) were smaller than they thought they’d be before the season.

But they were quicker and faster. More versatile. More cerebral.

With palpable chemistry honed through years and years of repetition.

“These guys have been playing together a long time,” Rice said. “It starts in practice.”

The Jaguars (21-10) also were armed with a talented roster, led by sophomore point guard Milos Uzan and Dayshawn Wiley, Anthony Swift and Darnell Washington. But they could not match Gorman’s execution offensively or defensively and cratered in their first Class 4A state championship game appearance.

The Gaels forced the ball out of Uzan’s hands with 1-2-2 full-court zone pressure. And they trapped him in the halfcourt, practically daring somebody else to beat them.

They were equally as deliberate on offense, bypassing good shots for great shots and running clock with long, meticulous possessions. Taitz returned to play in the state tournament and ended his career with two 3-pointers that helped Gorman snag a 30-19 halftime lead.

McClendon finished with a game-high 14 points, and Taitz scored 13. Collins ran the show and added 10 points.

Championships are the only thing that do.

“We’re not playing for 30-point games and triple-doubles. We play to win,” Wilkinson said. “And we’ve been playing together since like eighth grade. So that’s why I think we’re so good at (being unselfish) and why we don’t have a problem doing it.”