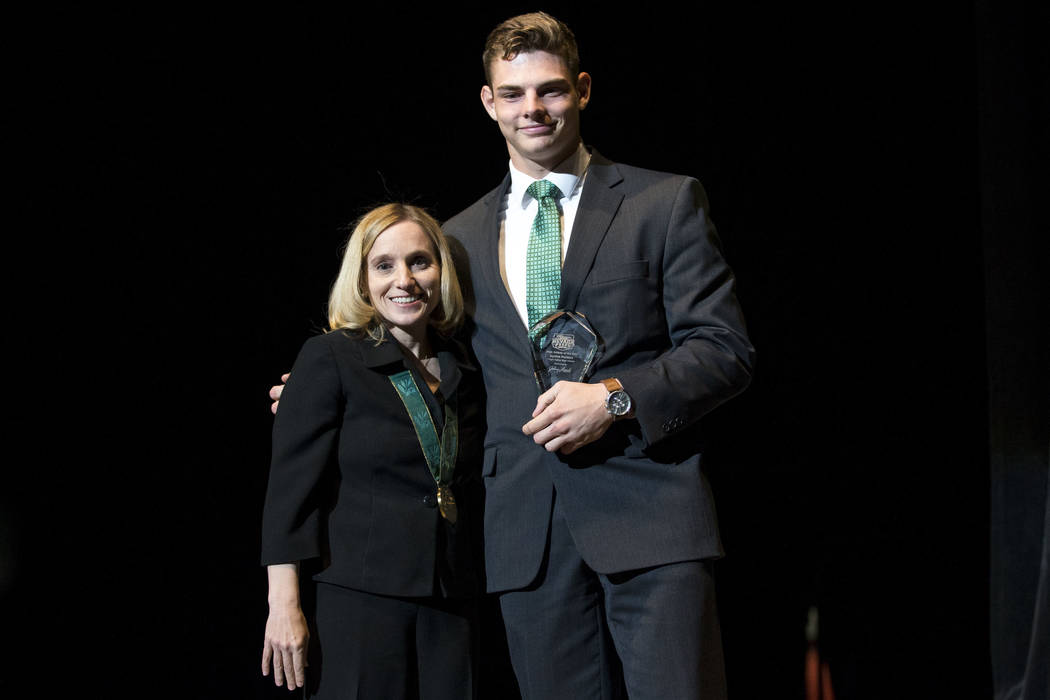 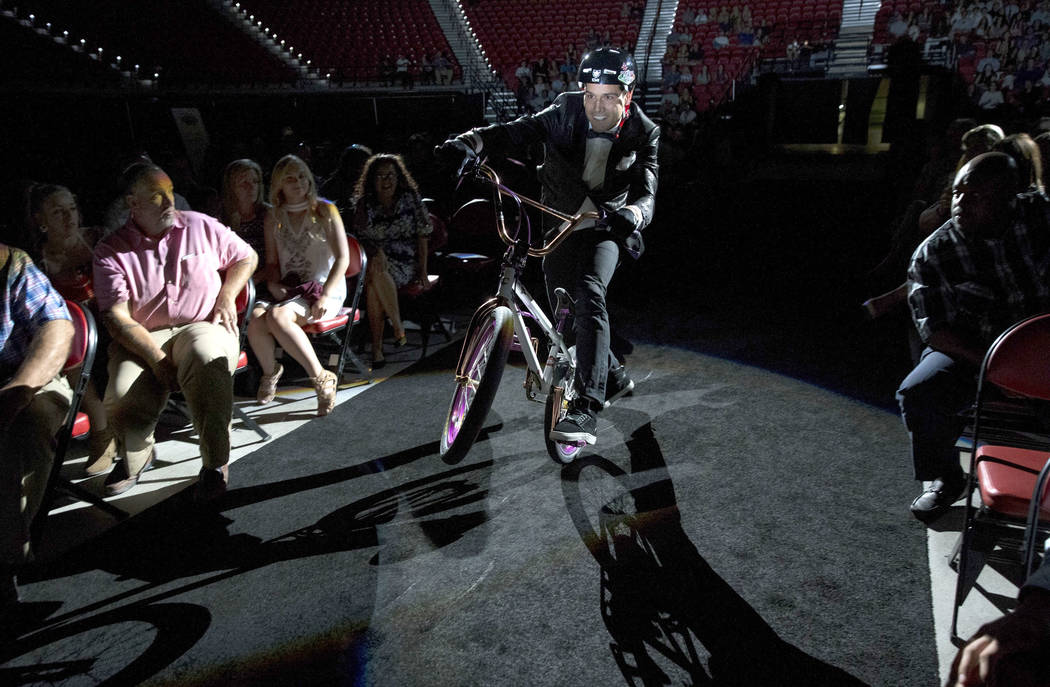 Just because Mesquite isn’t in the city doesn’t mean it gets ignored.

Virgin Valley High School senior Jayden Perkins was named the Male Athlete of the Year at the Best of Nevada Preps Awards show at the Thomas & Mack Center on Sunday, beating out every athlete in the state at every level.

“It’s good to represent the small schools,” Perkins said. “It’s cool because I feel like we don’t compete in every sport as competitive as we could against the bigger schools.”

Perkins was a three-sport star for Virgin Valley, and was selected to the All-State first team for football after leading Southern Nevada with 1,880 rushing yards and 31 total touchdowns. He added 705 receiving yards, best in Class 3A, and powered the Bulldogs to a 7-4 record and a Sunrise League title.

He was a Class 3A All-Sunrise League second-team selection in basketball, and made the Class 3A All-State second team in baseball.

“It’s something I’ve worked for in every sport, and I feel like every sport’s helped me with the others,” Perkins said. “They all build on each other.”

On the girls side, Liberty basketball and track star Rae Burrell earned honors for the Female Athlete of the Year.

Burrell was a first-team All-State selection for basketball after helping the Patriots to a 31-3 record, a Sunrise Region title and a berth in the state title game. She averaged 14.9 points, 7.9 rebounds and 2.5 assists per game and is committed to Tennessee. She was also on Liberty’s track team, and her 5-foot, 6-inch leap in the high jump on March 13 tied for the best mark by a Nevada athlete this season.

The Bulldogs trailed by 15 points in the fourth quarter of the state title game, but hit a buzzer-beater at the end of regulation to tie it, then ran away in overtime. It capped a 29-3 season for Centennial, and in its four-year run of state championships, the team is 122-8.

“We’re happy for the program and the school,” coach Karen Weitz said. “To be successful year after year, it takes a lot of hard work, a lot of dedication. Everybody knows that from the parents to the kids, and we appreciate their support.”

Mojave football coach Abraham Gonzalez won Coach of the Year after taking a 1-8 Rattlers squad in 2016 to a 10-3 record and a spot in the Class 3A state championship game.

The No Limits Award went to Centennial girls soccer player Marcella Brooks, who battled through diabetes to lead her team with 22 goals and 13 assists.