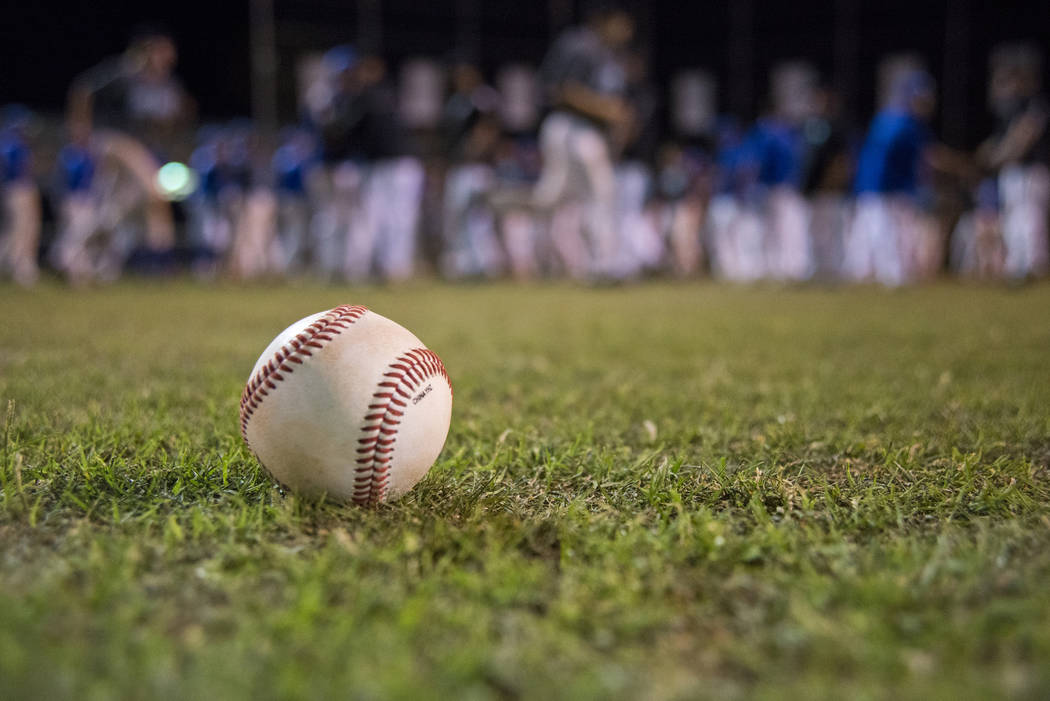 Donovan Gladney’s infield single plated Tanner Albright with the winning run in the top of the seventh inning Tuesday to lift Rancho’s baseball team to a 4-3 win at Spring Valley.

Albright doubled with one out and moved to third on Elijah Jordan’s infield hit before scoring on Gladney’s hard grounder to short.

Chase Rodriguez was 2-for-4 with a solo home run for the Grizzlies.

Shadow Ridge 11, Faith Lutheran 7 — At Faith Lutheran, the Mustangs scored seven runs in the top of the eighth and held off the Crusaders.

Faith Lutheran answered with an RBI double by Shane Taylor and a two-run single by Michael Flynn, but Brady Joyner got the final two outs with two runners on to end the game.

Saldana went 4-for-5 with a run and two RBIs, and Caniglia was 4-for-6 with two runs and an RBI for the Mustangs.

Jacob Ortega was 2-for-5 with a double, a home run, two runs and two RBIs to lead Faith Lutheran. Sagan Gronauer and Michael Rice each added two hits for the Crusaders.

Desert Pines 12, Tech 12 — At Tech, the Jaguars and the Roadrunners played to a tie in a game that was called after seven innings because of darkness.

Jose Maldonado went 2-for-5 with a double and two RBIs, and Jorge Milian had two hits and three runs for Desert Pines.

Anthony Suazo was 2-for-4 with three RBIs, Jose Leon had two hits and two runs, and Sean Morgan hit a double and scored for Tech, which tied the game with four runs in the bottom of the seventh.

Kris Bow was 2-for-3 with a triple and three runs, and Austin Kryszczcuk was 2-for-4 with a solo home run for Centennial.

Foothill 4, Eldorado 0 — At Foothill, Brandon Fox and Tyler Collins combined on a three-hitter to lead the Falcons by the Sundevils.

Liberty 9, Bonanza 3 — At Bonanza, Dawson Beard allowed two hits and struck out eight in five innings to lead the Patriots by the Bengals.

Joel Lindahl and Leonel Anaya each added two hits for Las Vegas, which scored four runs in both the first and sixth innings.

Sean Graves had a double, and teammate Jarod Hill supplied a triple for Silverado.

Cimarron-Memorial 17, Clark 5 — At Cimarron, Andrew Johnson went 3-for-3 with two doubles, three runs and four RBIs as the Spartans routed the Chargers in five innings.

Francisco Abad-Macedo was 1-for-1 with two RBIs for Clark.

Spring Mountain 11, Sandy Valley 1 — At Sandy Valley, the Golden Eagles used a seven-run second inning to rout the Sidewinders in a five-inning game.