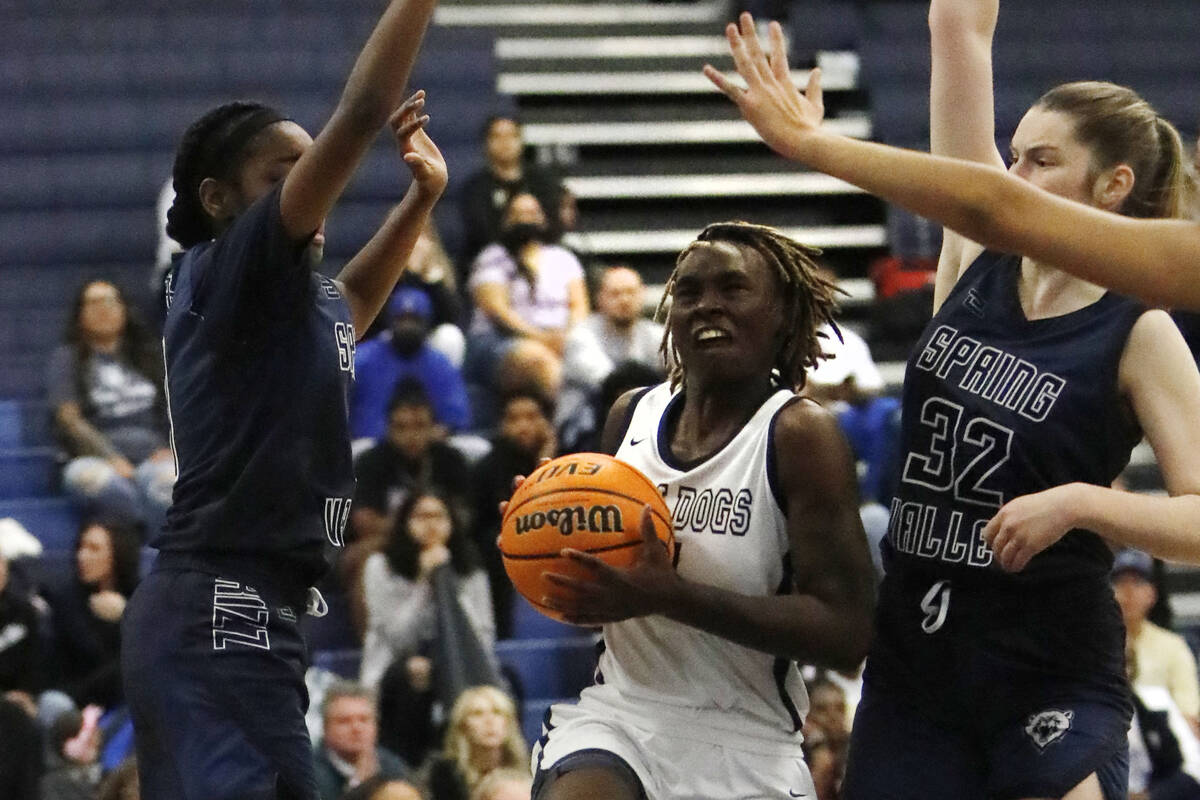 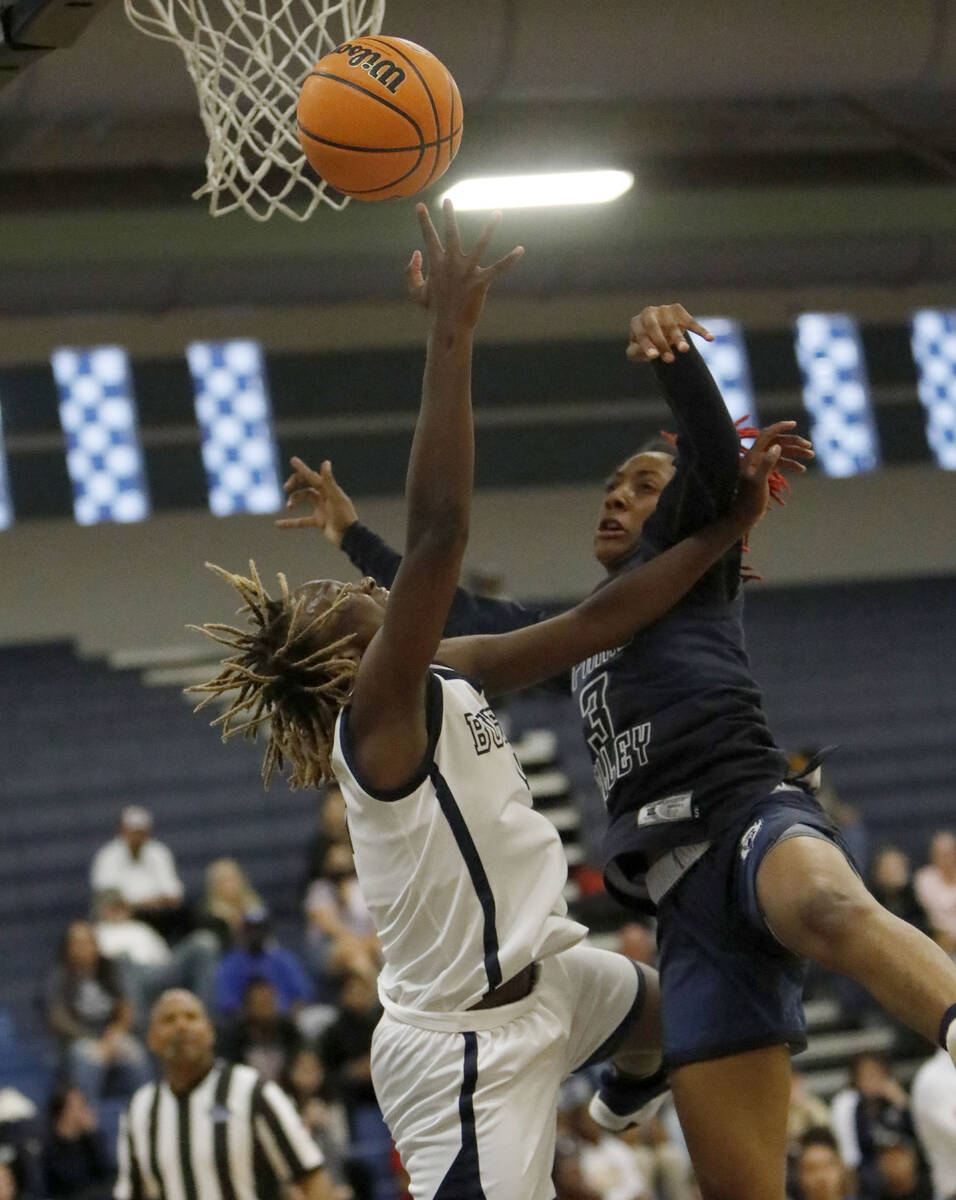 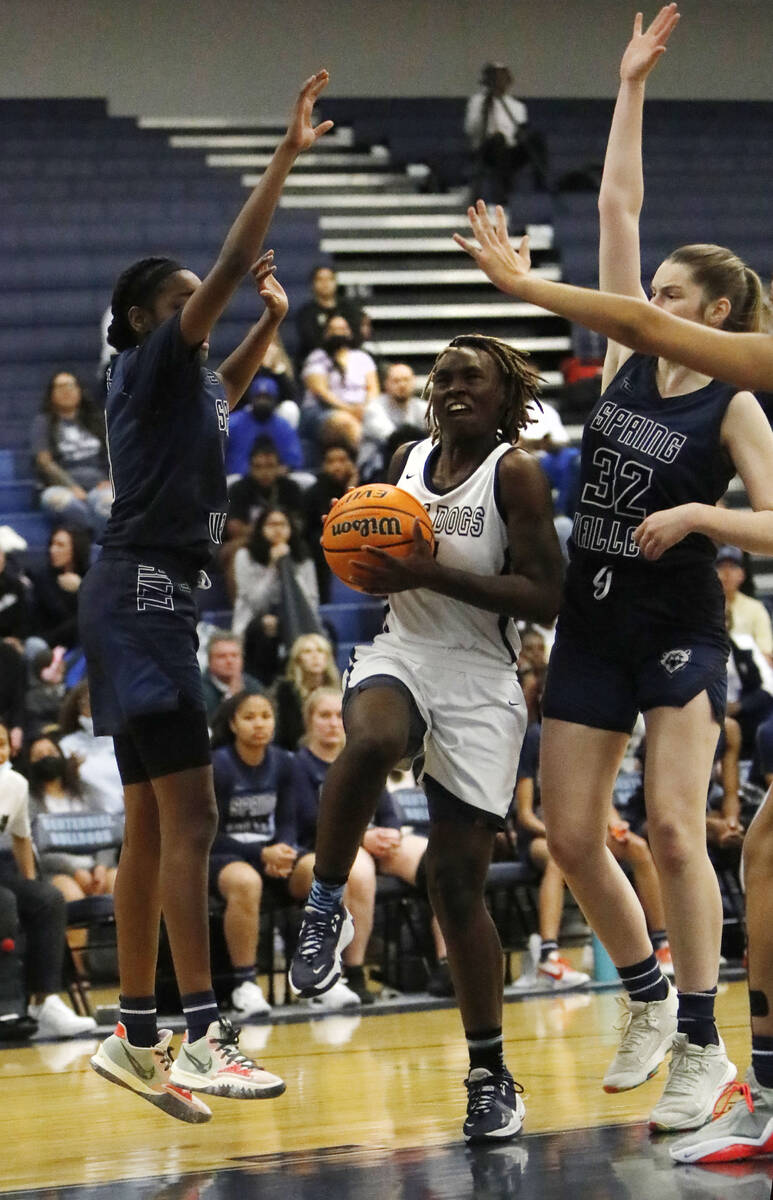 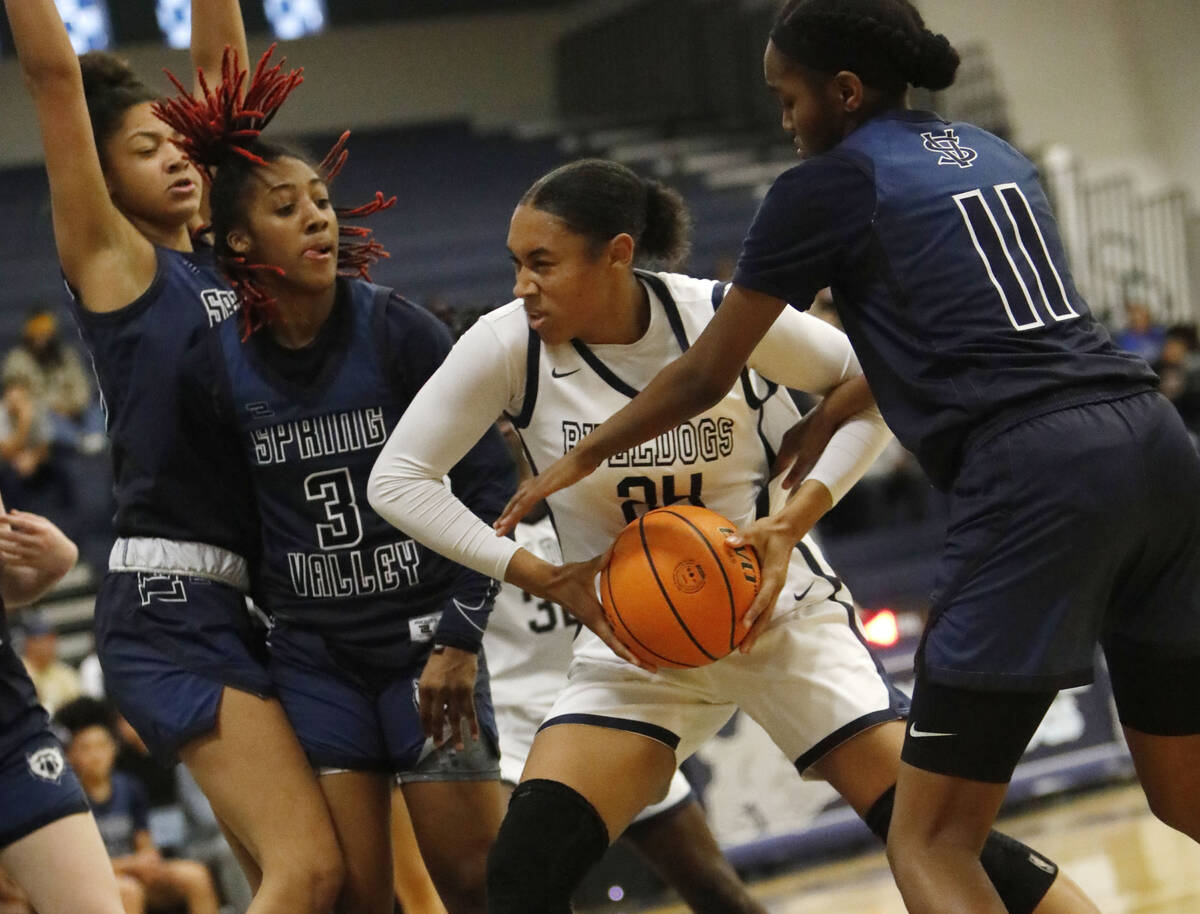 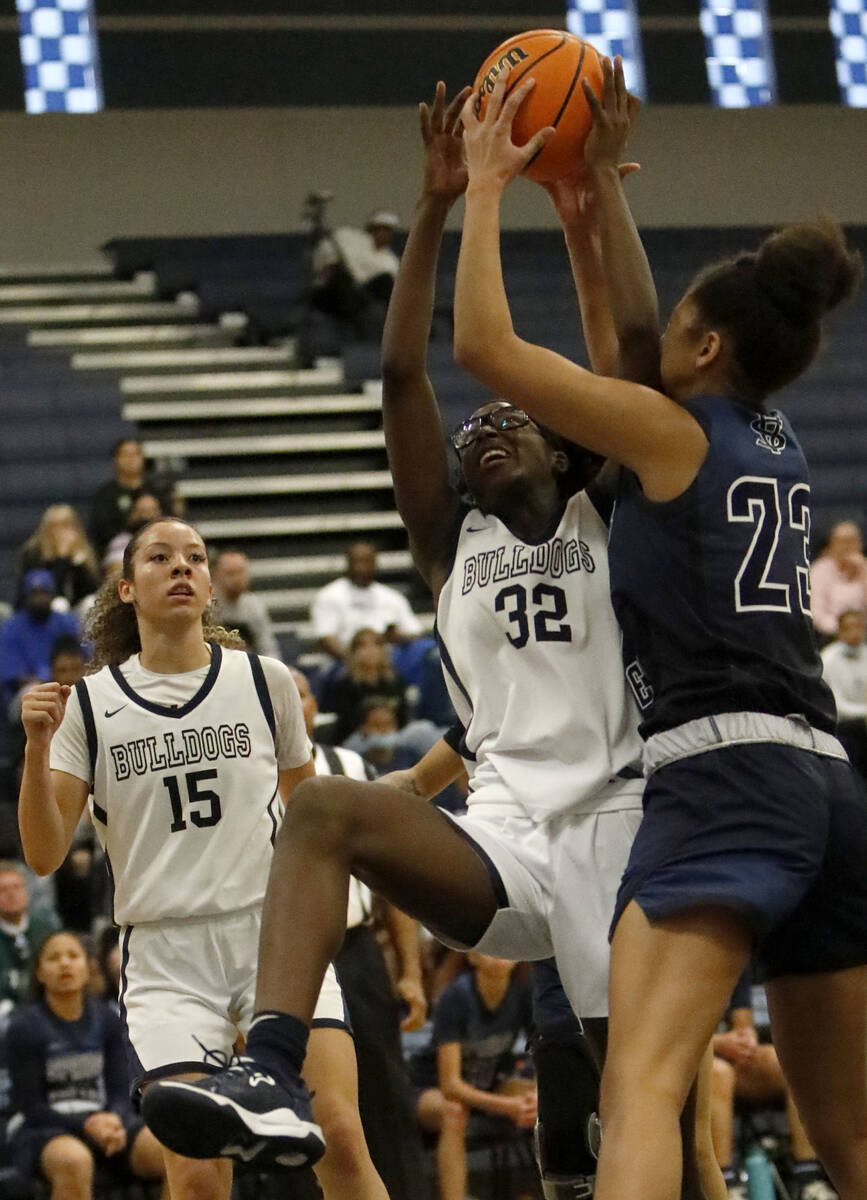 RENO — The last time Centennial faced Douglas was 20 years ago, and it marked a dramatic shift at the highest level of girls basketball in Nevada.

Centennial won a 76-74 double overtime thriller to capture the Class 4A state championship, the first in school history. It was also the first girls title for any Southern Nevada team in the state’s largest division since Chaparral won the 3A crown in 1979.

Centennial (15-3) will begin its quest for a seventh straight championship and 13th overall when it meets Douglas (18-8) in the 5A semifinals at 7 p.m. Friday at Lawlor Events Center.

The Bulldogs are the prohibitive favorite to win the title again, but coach Karen Weitz said she never takes winning for granted.

“Every group is a new group, and every chance we get is a new opportunity,” Weitz said. “Every team is different, and I know it’s special for every group because maybe I’ve won a state title or one of my assistants has, but we have kids on this team that never have, so it’s still a big opportunity.”

Most of this team haven’t experienced what it’s like to win a state title. The only player who has worn a Centennial jersey before this season is senior Mary McMorris.

“It’s been a ride coming from where I was as a freshman to where I am now,” said McMorris, a member of two title teams. “I didn’t have as big of a role then because I played behind (some big-time players). I think I’m going a good job of carrying my team and being a good leader.”

Despite losing last season to COVID, the Bulldogs continued to work. Weitz said her players and their parents get the credit for that because they were constantly looking for places to play while Nevada’s restrictions limited in-state opportunities.

Centennial’s usual year-round schedule might have been disrupted, but the players’ initiative kept them from regressing during a difficult time.

The Bulldogs started this season 3-3 against stiff out-of-state competition. But they have dominated their in-state foes, winning all but one game by at least 40 points.

“Every time I thought we’d get going again, something would happen,” Weitz said. “We went to Florida (in December), and three or four tested positive, and now we’re quarantined again. Then we’d get going again, and the school district shuts us down for five days. It’s just start, stop, start, stop, and they’re really coming along now because we’ve finally had six to eight weeks where we’ve been able to get back to what we do every day.”

Centennial easily ran through the 5A Southern Region tournament last week, capping it with a 68-26 win over Spring Valley, a game that was played with a running clock in the second half.

“Going to state has always been a goal of mine throughout my high school experience,” said senior Kennedy Lee, who joined the Bulldogs last summer after moving from Louisville, Kentucky. “And getting to share this experience with the friends I’ve made in my time at Centennial that I consider my sisters is exciting.”