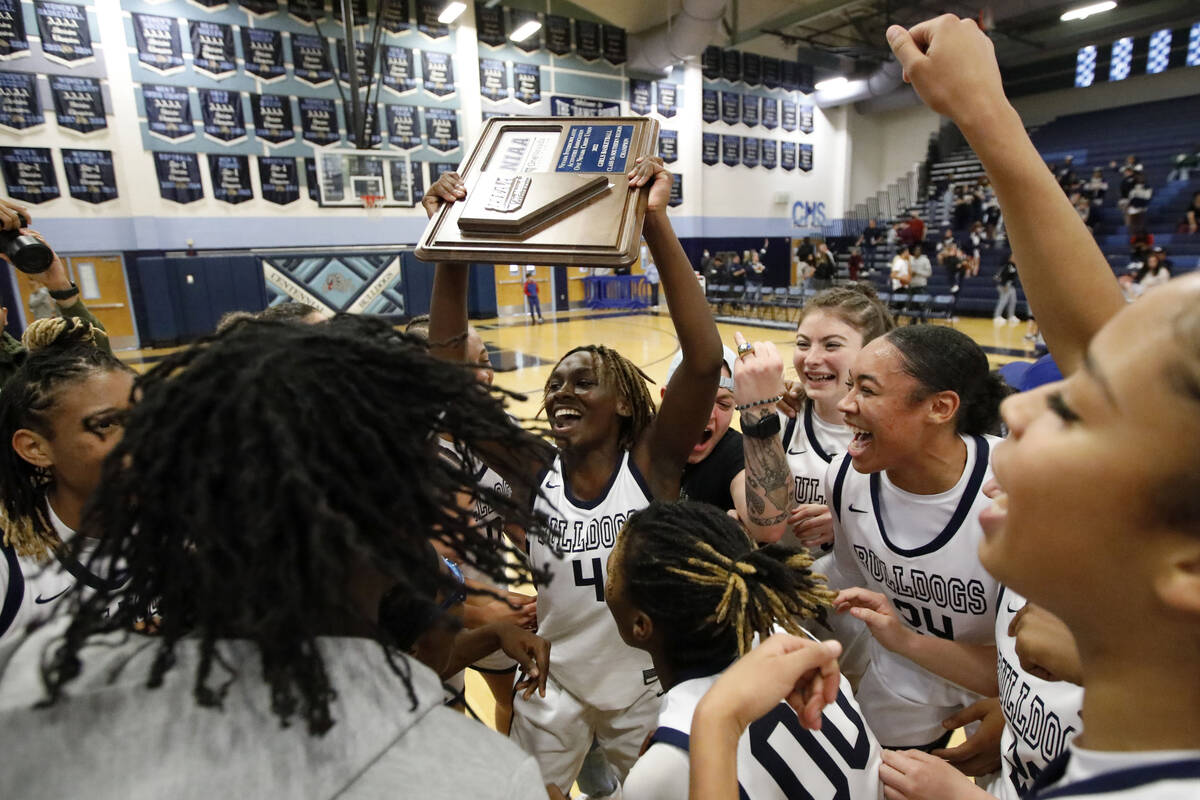 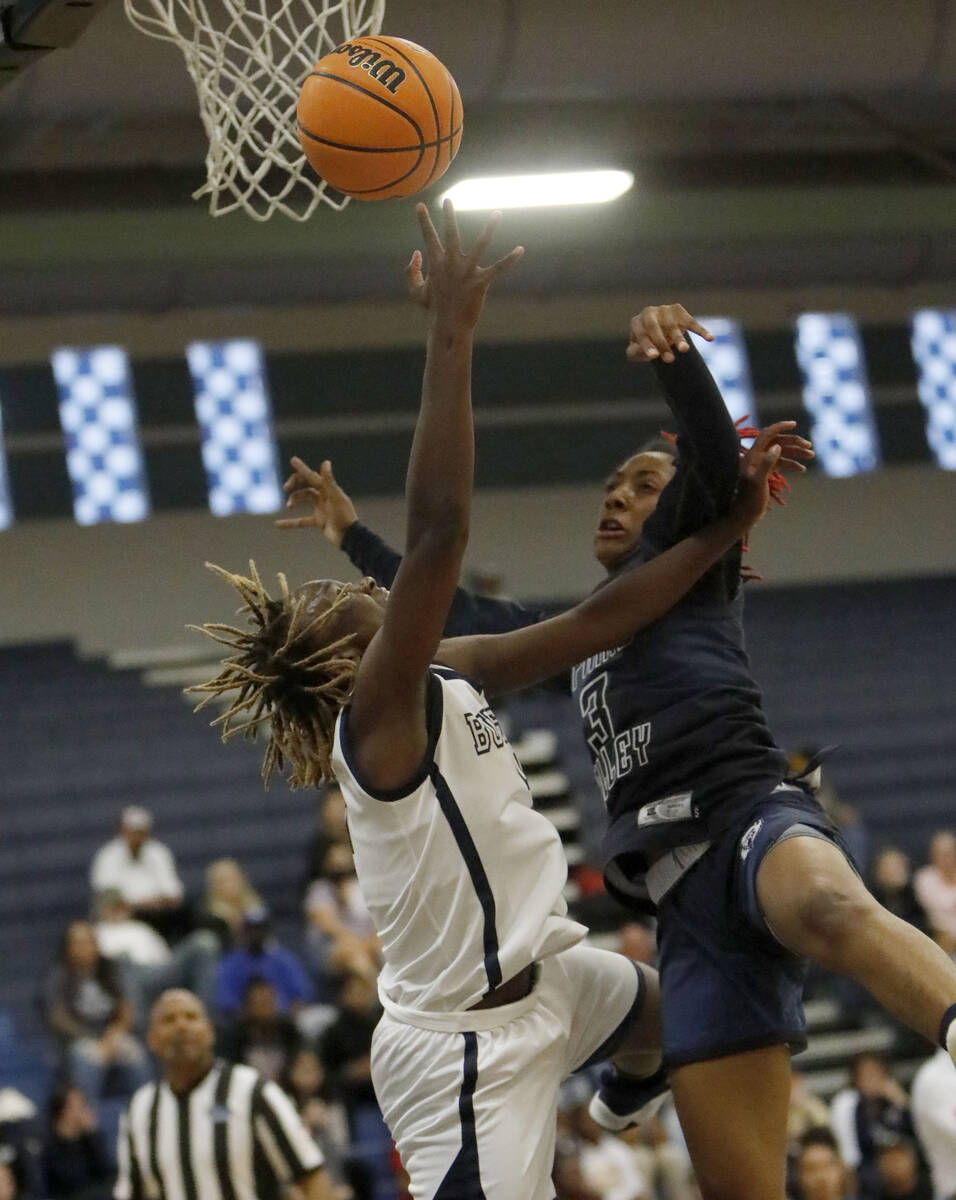 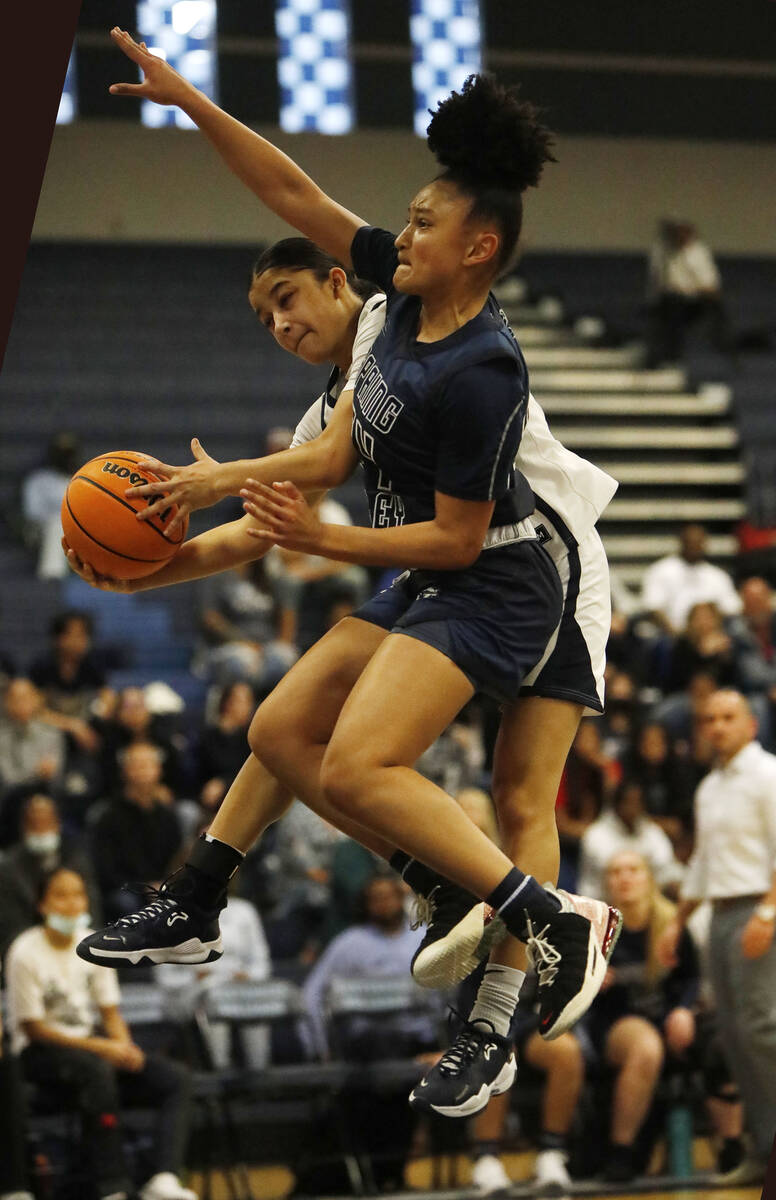 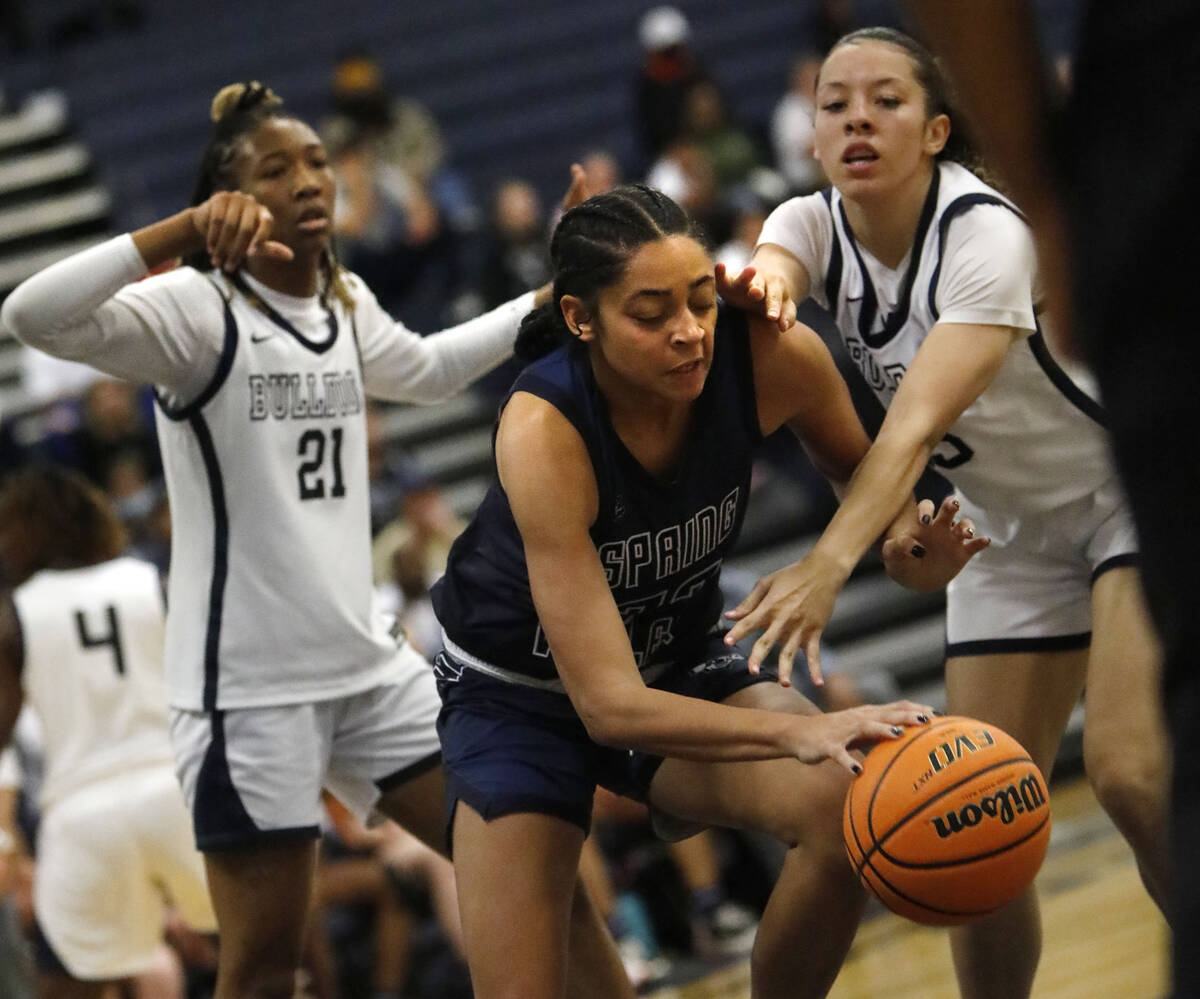 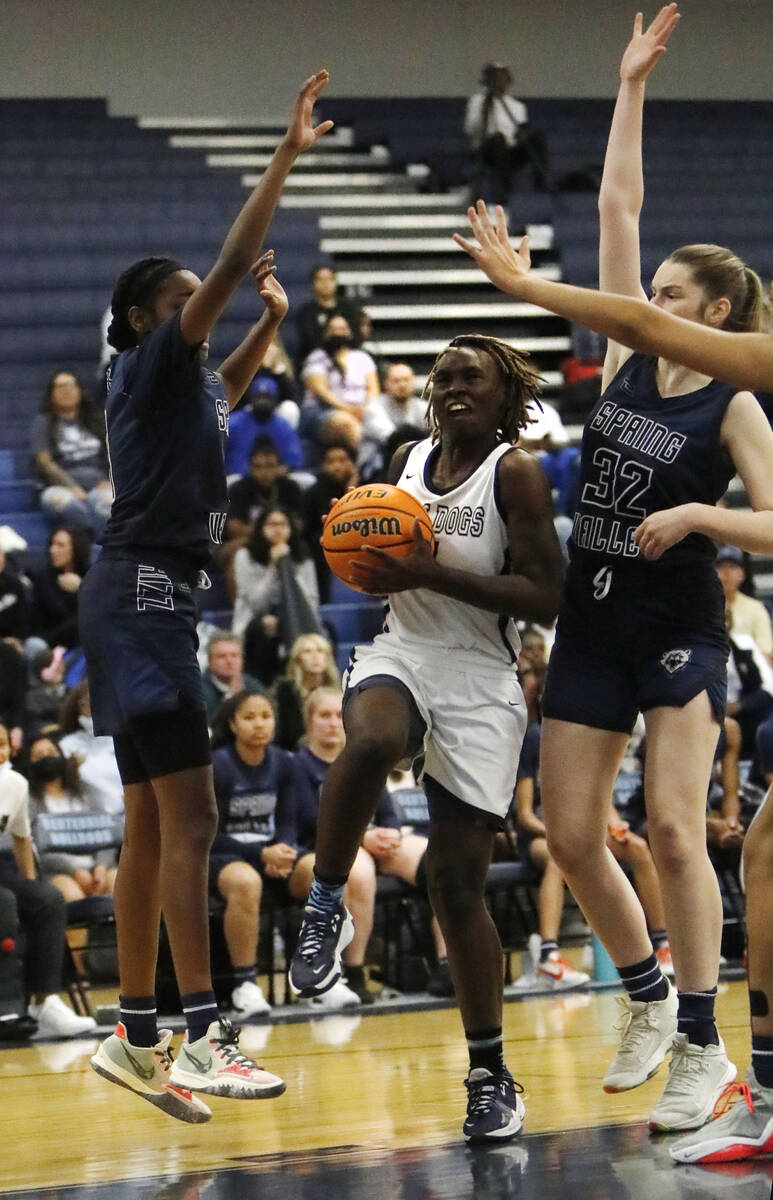 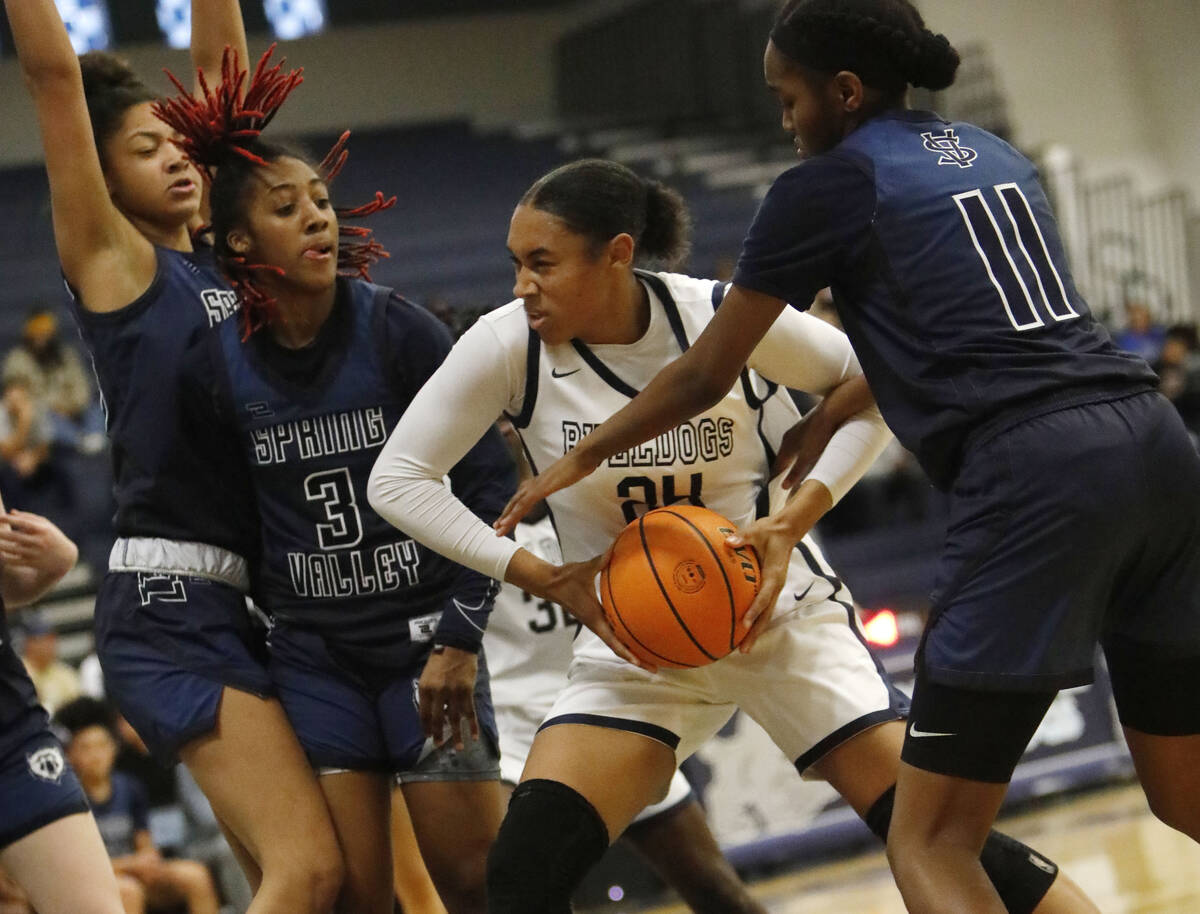 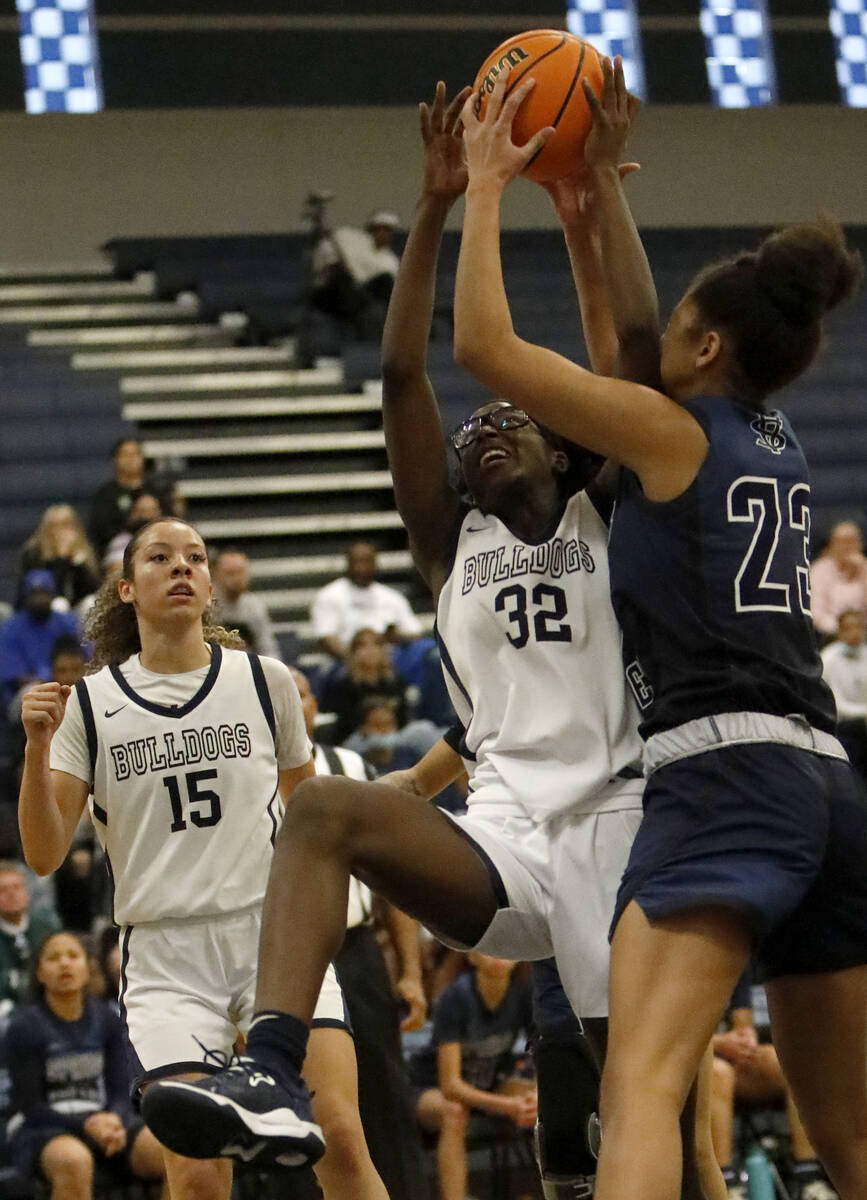 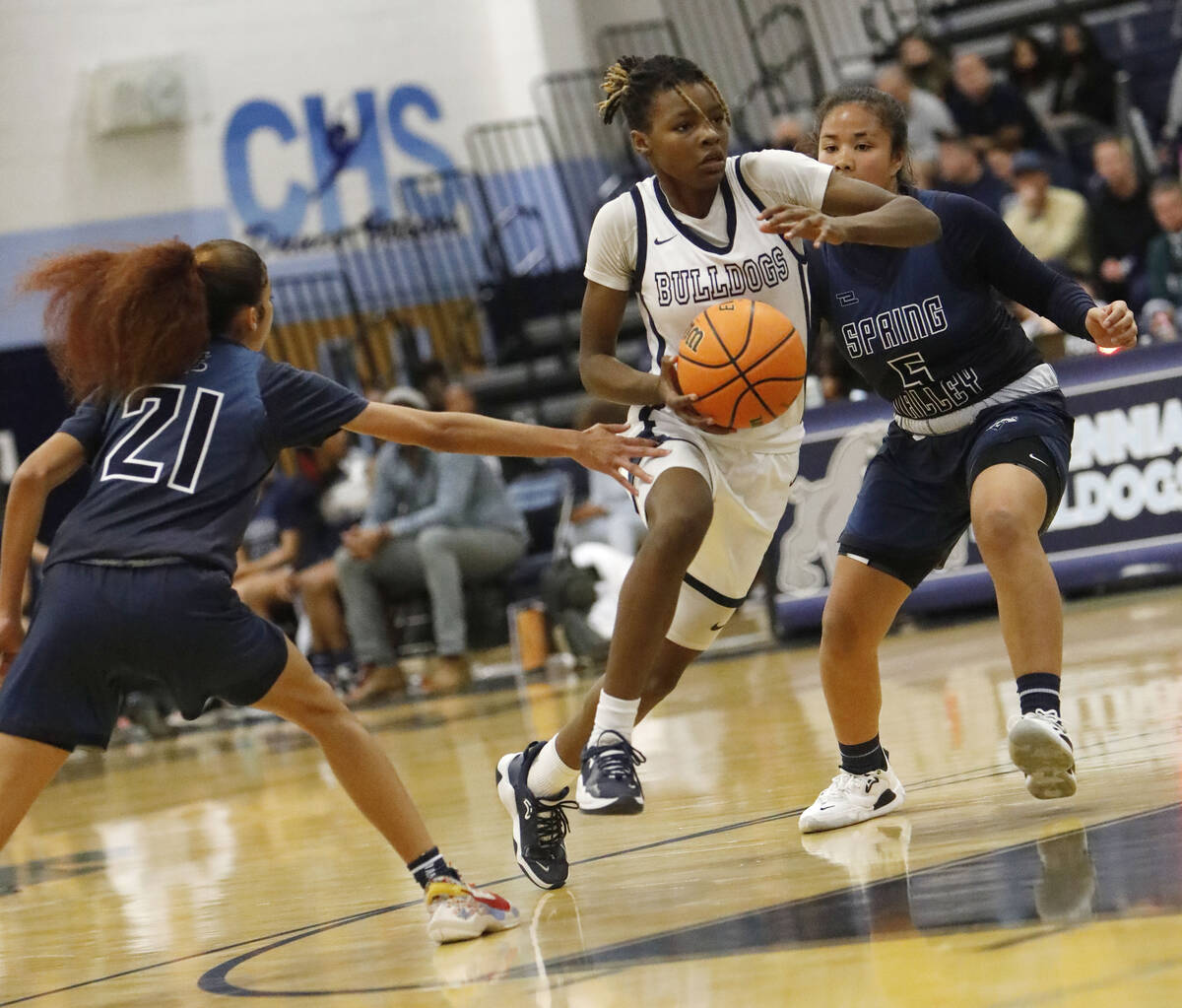 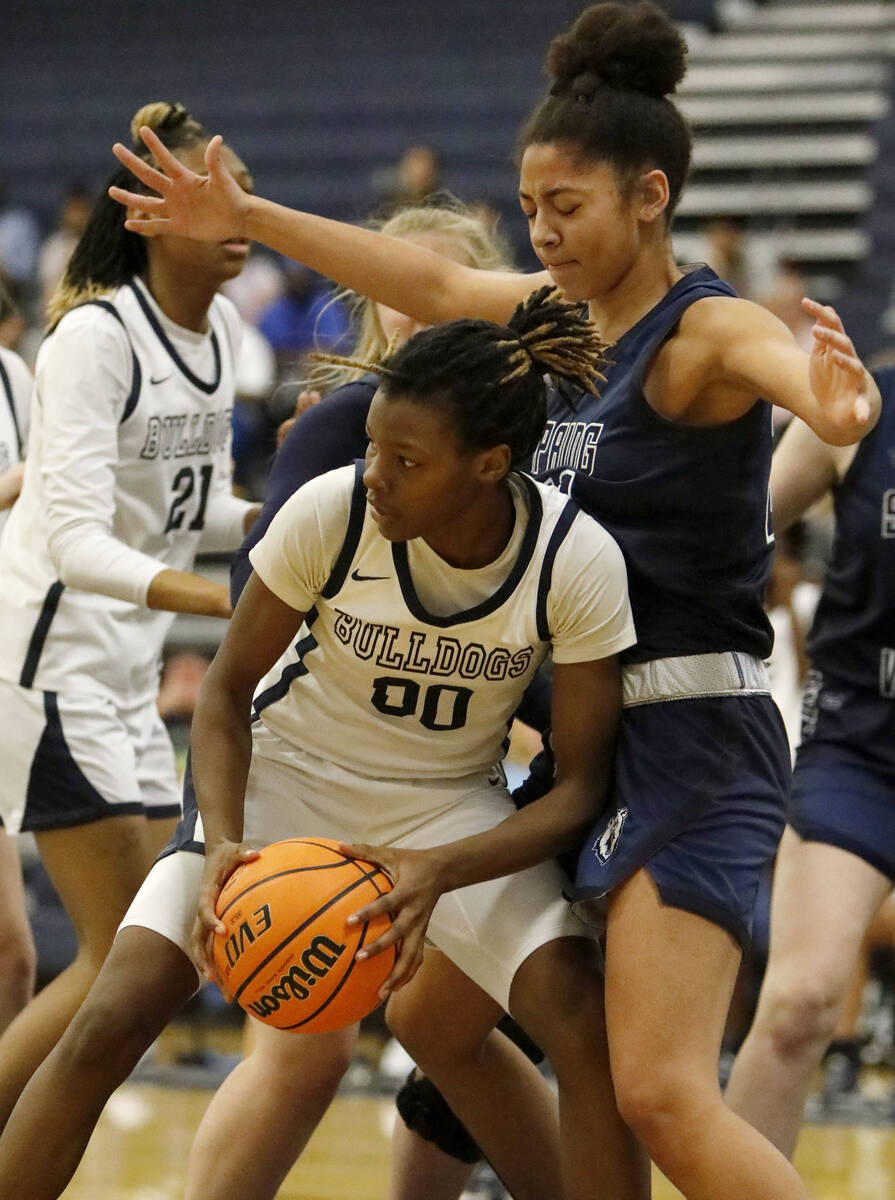 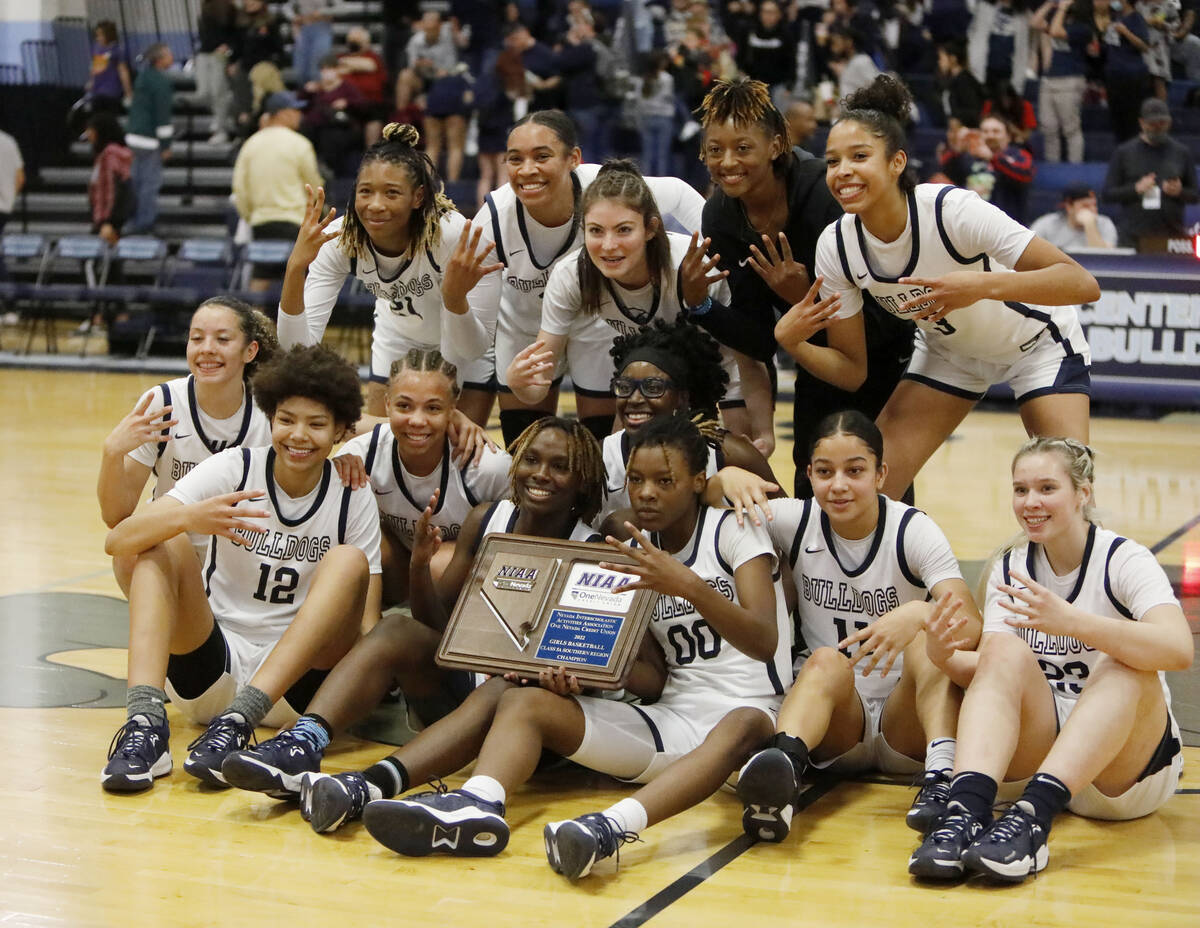 As it turned out, Saturday’s Class 5A Southern Region girls basketball championship game came down to simple mathematics.

One great player could not be beat five very good ones.

And it wasn’t even close.

Top-seeded Centennial held McDonald’s All-America selection Aaliyah Gayles to 11 points and received double-figure scoring from four of its five starters en route to an emphatic 68-26 victory over No. 6 Spring Valley at Centennial High.

“Well, we definitely don’t put anything on one player, and we’ve got a great team is what we feel like right now,” Centennial coach Karen Weitz said about the ease with which her side handled Gayles and the Grizzlies.

The Spring Valley point guard and Southern California commit sat out the teams’ first meeting with a wrist injury, and Centennial (15-3) rolled to an 82-44 win. With Gayles back in the lineup, the Grizzlies hoped to make the Bulldogs work a little harder in the rematch.

For six minutes, they did.

Gayles hit a 3-pointer with two minutes left in the first quarter to pull Spring Valley (14-7) within 14-12, but it would be the Grizzlies’ last basket for more than seven minutes.

Centennial began to carve up Spring Valley’s zone defense and outscored the visitors 24-1 after Gayles’ 3-pointer. The Bulldogs were on pace to score 100 points before the running clock went into effect during the third quarter in an attempt to keep the margin of victory respectable.

Mary McMorris and Asani Ceaser each scored 12 points with Danae Powell and Jada Price adding 10 each for Centennial. McMorris — Centennial’s only senior starter and the sole Bulldog with any pre-pandemic experience — also drew the difficult assignment of staying with Gayles.

She limited the Spring Valley star to 10 field-goal attempts and made her work for every one.

“It was pretty much to contain her and make sure she didn’t score more than 20,” McMorris, a Northern Arizona commit, said about shadowing Gayles. “That’s my friend and all. I have respect for her. She’s really solid.”

So is Centennial, though that word probably doesn’t do the Bulldogs justice as they continue to stay focused while piling up lopsided victories against local competition.

“That’s the question that gets asked all the time, but you have to play the game right,” said Weitz, whose Bulldogs will be a prohibitive favorite to win their seventh consecutive state championship in Reno next weekend.

“When your subs come in, your subs still want to go hard. Kids shouldn’t be punished for that. Nothing against our opponents, but we’re gonna play the game the way we think the game needs to be played.”

Moapa Valley 35, Pahrump Valley 29 — At Moapa Valley, Haylie Western scored a basket with about two minutes left, and the Pirates scored the final six points to win the 3A Southern Region girls title.

Neither team led by more than one at the end of any quarter until Moapa Valley (25-2) went on its late run. Both losses for Pahrump Valley (26-2) have been against the Pirates.