If you are having problems accessing today’s e-Edition, please click on this link VIEW E-EDITION
By BARTT DAVIS LAS VEGAS REVIEW-JOURNAL
December 31, 2014 - 10:01 pm 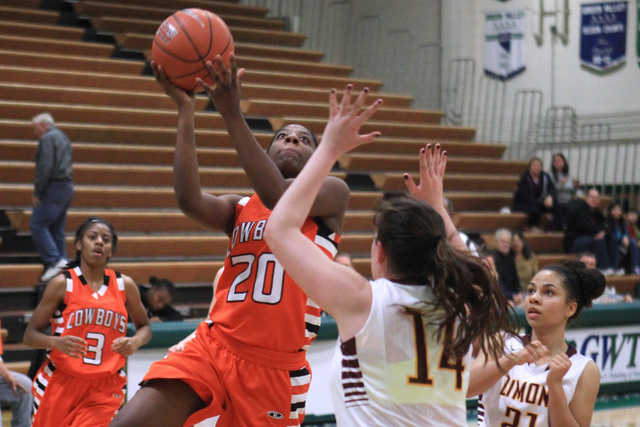 Chaparral guard Marcia Hawkins drives to the basket while being defended by Dimond center Lexi Wingert during the Gator Winter Classic tournament Wednesday at Green Valley. Hawkins had 16 points and eight rebounds, but Dimond won the game in overtime 59-57. (Sam Morris/Las Vegas Review-Journal) 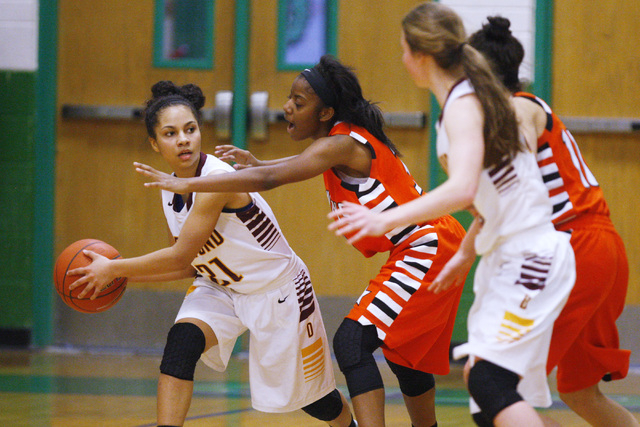 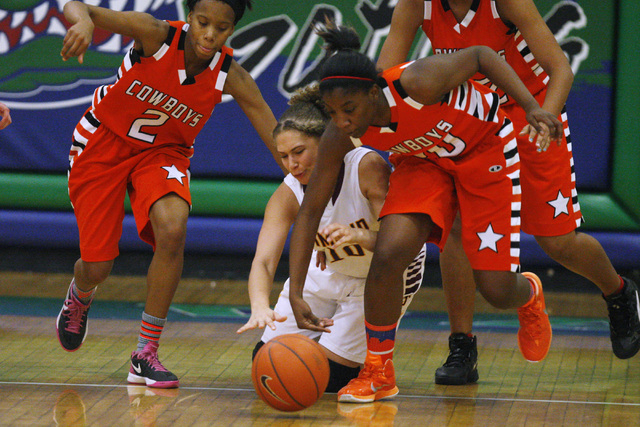 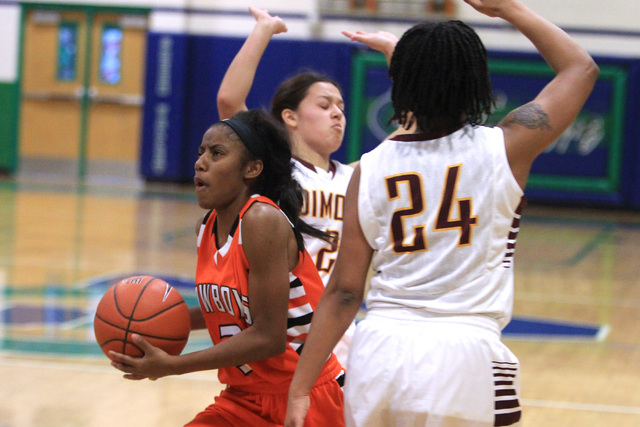 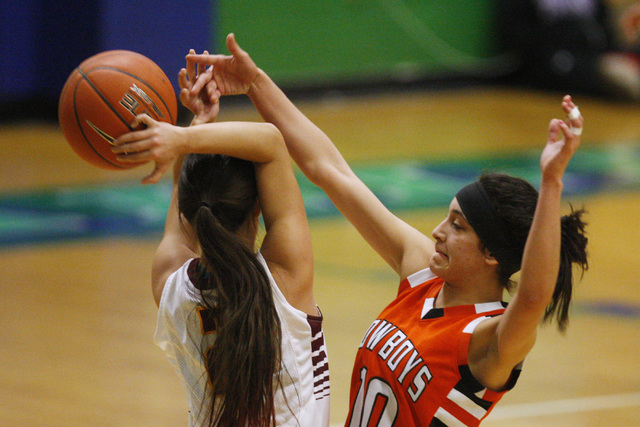 Chaparral guard Abigail Delgado swats the ball away from Dimond guard Tiffany Jackson during their game at the Gator Winter Classic tournament Wednesday at Green Valley. Delgado had 13 points for Chaparral, but Dimond won the game in overtime 59-57. (Sam Morris/Las Vegas Review-Journal) 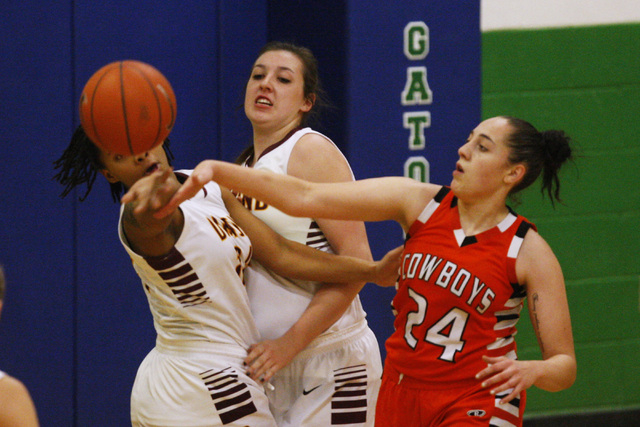 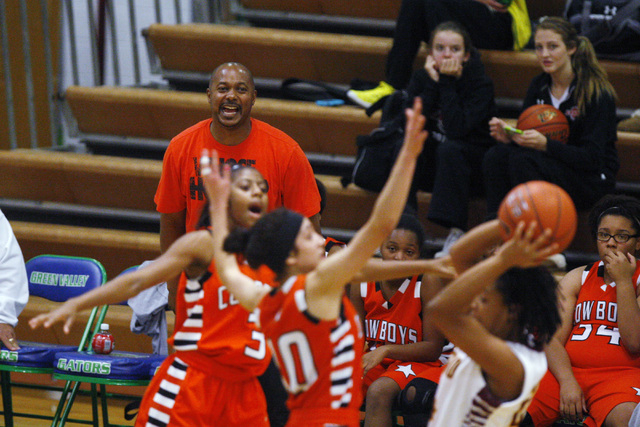 Chaparral coach Christopher McFarland yells to his players while they take on Dimond at the Gator Winter Classic tournament Wednesday at Green Valley. Dimond won the game in overtime 59-57. (Sam Morris/Las Vegas Review-Journal) 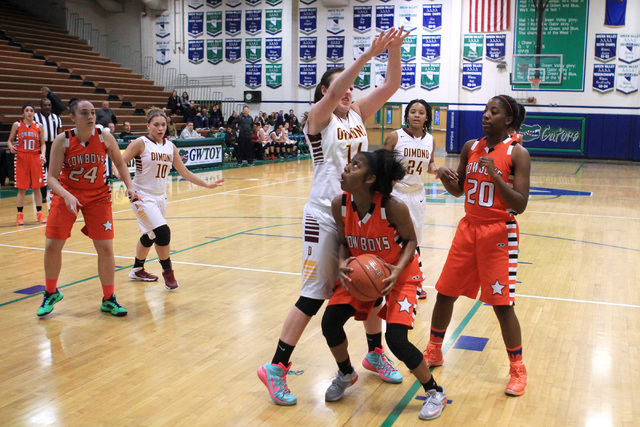 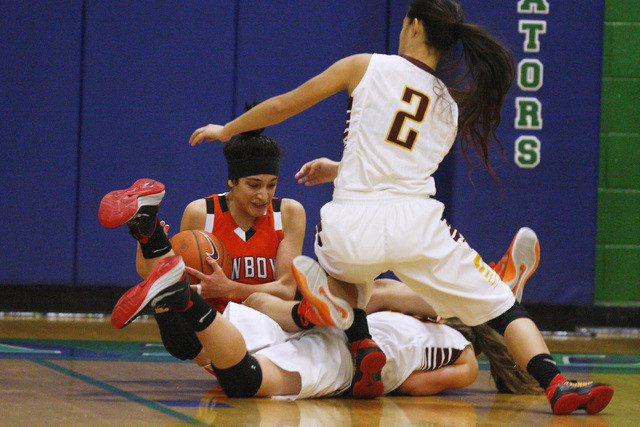 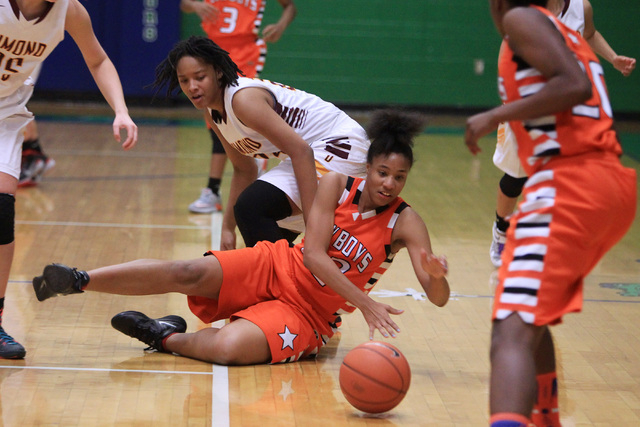 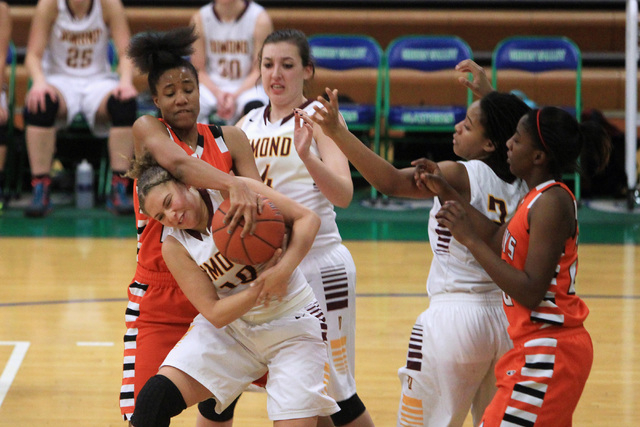 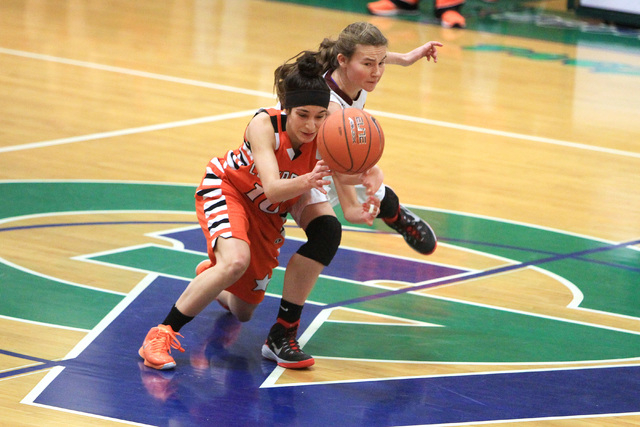 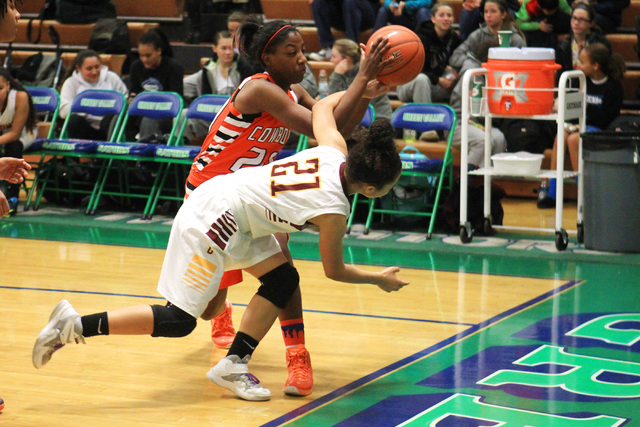 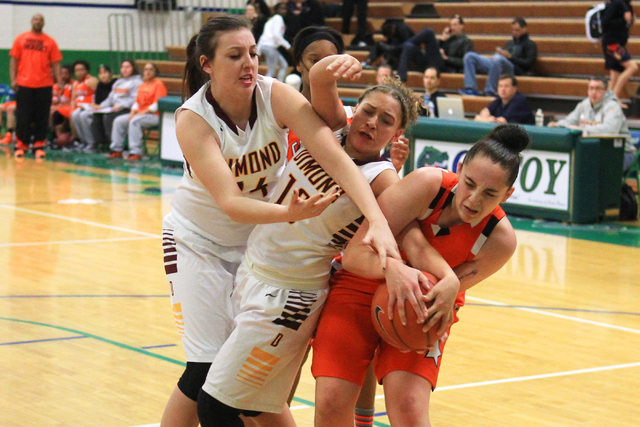 But there was no denying the Cowboys continue to show improvement.

Just four days after a double-figure loss to Dimond (Alaska), Chaparral nearly got revenge in the Silver Bracket final of the Gator Winter Classic at Green Valley before falling 59-57 in overtime to Dimond.

“We have had a big turnaround this year,” said Chaparral coach Chris McFarland, whose team finished 9-17 last year but is 8-4 this season. “The girls have been working hard. They had a great summer, and they have put a lot of time in since then. It’s paying off for them.”

The Cowboys, who lost to the Lynx 68-53 in pool play Saturday, should have won Wednesday’s rematch.

Despite falling behind 41-36 in the fourth quarter, Chaparral fought back to tie the game 49-49 when Amanda Delgado made two free throws with 49.6 seconds left.

Chaparral missed six free throws earlier in the quarter and finished the game 23 of 42 (54.8 percent) from the free-throw line.

Dimond’s Dejha Canty made 1 of 2 free throws with 11.6 seconds to go, giving the Cowboys another opening.

Marcia Hawkins was fouled while driving to the basket with 0.5 seconds left.

Hawkins hit the first free throw, but missed the second to force overtime.

Dimond scored the first six points of the overtime, and Chaparral never recovered.

“We need to work on game situations like that,” McFarland said about his team not being able to finish strong. “We’ve got to get better at it. When it came down to crunch time, I think fatigue kicked in a little.”

Hawkins scored 11 of her 16 points after the third quarter. Taij Criss-Felton had 16 points and Delgado 13 for Chaparral. Jade Hazelton grabbed 23 rebounds.

“We lost a couple of games here, but we made it back to the championship game,” McFarland said. “We came a long way. They got that taste in their mouth, and now they know what it feels like.”

Dejha Canty and Lexi Wingert each scored 15 points for Dimond.

Chaparral advanced to the Silver final when Needles had travel issues Wednesday morning.

The Mustangs’ van slid off the road on the way to the tournament. No one was injured, but because of safety concerns, the team returned home.

Chugiak (Alaska) abandoned its morning game against Dimond to keep from having to change its return flight home, sending Dimond into the Silver final.

Santa Fe Christian (Calif.) 56, Coronado 43 — California Cubel poured in 25 points, and the Eagles used a 10-2 run to close the third quarter to down the Cougars in a Gold Bracket semifinal.

Megan Franke added 21 points for Santa Fe Christian, which led only 27-25 at the half, but was never tied or trailed in the second half.