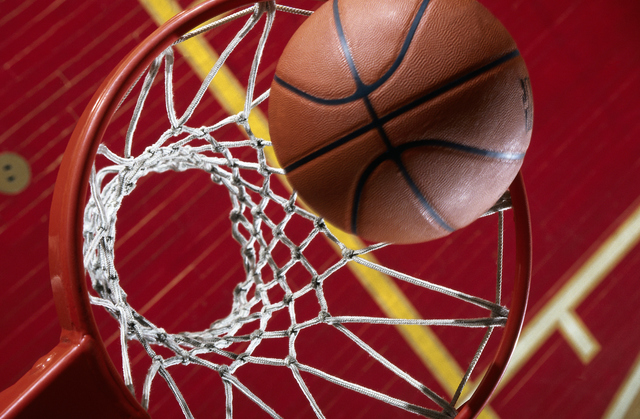 Armonnie Byrd had 12 points, and Jasmine Perez and Teconna Dyer each scored 11 for Las Vegas.

Valley led 14-11 after the first quarter before the Wildcats used a 15-4 run in the second quarter to go up 26-18 at halftime. Las Vegas outscored the Vikings 14-5 in the fourth quarter.

Aleza Bell, Ke’Ajanae Haley and Dayonna Maddox each added seven points for Canyon Springs, which held Eldorado scoreless in the first quarter and led 29-6 at halftime.

Spring Valley 55, Clark 18 — At Spring Valley, Kayla Harris had a game-high 12 points, and the Grizzlies routed the Chargers.

Alyssa Scott and Lynnae Wilds each had nine points for the Grizzlies, who finished with 29 offensive rebounds.

Bishop Gorman 56, Durango 21 — At Bishop Gorman, Skylar Jackson had 14 points to lead the Gaels over the Trailblazers.

Angelita Bugay scored 12, and Bentleigh Hoskins and Georgia Ohiaeri each had 10 points for Gorman.

Taeha Pankey and C’Aree Stevenson each added 10 points for Legacy, which led 12-1 after one quarter and outscored Silverado 23-0 in the second.

Desert Oasis 57, Bonanza 17 — At Bonanza, Dajaah Lightfoot scored 14 points to help the Diamondbacks to an easy victory over the Bengals.

Boulder City 38, Tech 28 — At Boulder city, Julia Worrall had 12 points and 10 rebounds to lead the Eagles over the Roadrunners.

Victoria Keane and Melissa Fuller each had seven points for the Roadrunners.

Virgin Valley 45, Chaparral 13 — At Chaparral, Briana Todd scored 10 points to lead the Bulldogs past the Cowboys.

Pahranagat Valley 55, Indian Springs 8 — At Indian Springs, Sarah Back had 11 points and 10 rebounds as the Panthers downed the Thunderbirds.

Lacey Steele, Gracie Carter and Madalyn Taylor each added eight points for Pahranagat Valley. Steele also had 10 rebounds for the Panthers, who held Indian Springs scoreless in the first and third quarters.

Needles’ Preslee Murch added 10 points. The Mustangs outscored the Lynx 13-5 in the second quarter to lead 25-16 at halftime.

Agassi Prep 65, The Meadows 15 — At Agassi Prep, Raylene Thomas scored 22 to lead the Stars in a rout of the Mustangs.

Sharmayne Finley had 15 points for the Stars, who led 42-5 at halftime.

Tayah De’Bouck had a game-high 15 points for Mountain View. 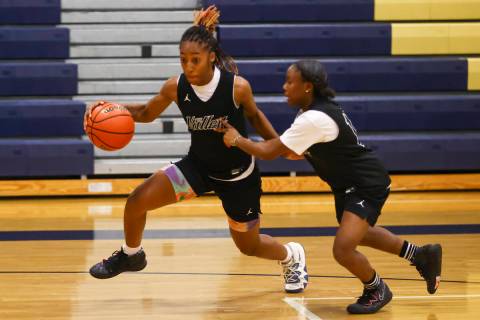