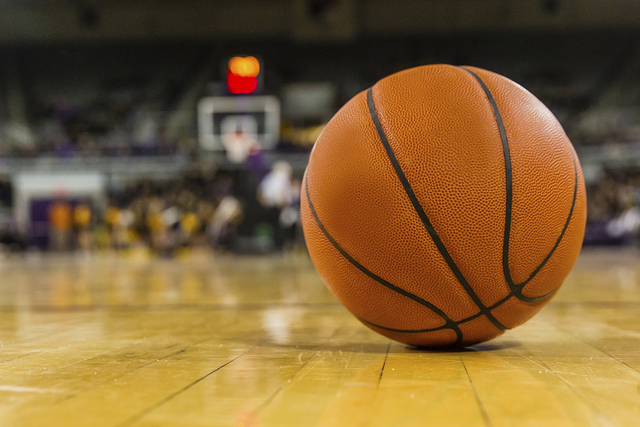 Pahrump’s Alyvia Briscoe had hit a 3-pointer with 20 seconds to play to give the Trojans a 28-27 lead.

Briscoe had 11 points to pace Pahrump, which outscored Western 7-0 in the third quarter.

Desert Pines 41, Mojave 39 — At Desert Pines, See’Airra Evans-Collins supplied 13 points and 10 rebounds to lift the Jaguars over the Rattlers.

Heaven Heacock had nine points, including two free throws with 41 seconds left for the winning margin for Desert Pines.

Kiara Lemon led Mojave with 17 points, and Savannah Blanchard-Davis had 13 points for the Rattlers.

Germanie White added 11 points, and Marisha Harden scored nine for Cheyenne, which led 36-17 at the half and outscored Sunrise Mountain 21-2 in the third quarter.

Trinity Lavoll had 12 points for the Miners.

Foothill 67, Basic 23 — At Basic, Rae Burrell scored 13 points to lead a balanced offense as the Falcons defeated the Wolves.

Holly Wood had 12 points, and Trinity Betoney added 10 points for Foothill, which jumped out to a 30-9 first-quarter lead and had 11 players score points.

Liberty 74, Coronado 30 — At Coronado, Kaily Kaimikaua had 19 points, and Dre’una Edwards scored 16 as the Patriots routed the Cougars.

Liberty led 46-22 at halftime and held the Cougars to eight points in the second half.

Niara Smith added 11 points for Cimarron, which led 20-13 at halftime.

Jayne Antone added 15 points, and Paige Murch scored 10 for Needles, which led 22-6 after one quarter.

The Meadows 57, Adelson School 21 — At Adelson School, Marcella Peek had 17 points, 30 rebounds and 11 blocked shots and the Mustangs overwhelmed the Lions.

Rachel Siegel added 13 points, and Tahsin Najmi scored 11 for The Meadows, which led 26-9 at halftime.

Agassi Prep 69, Mountain View 38 — At Mountain View, Sharmayne Finley and Destiny Rover each scored 15 points to power the Stars past the Saints.

Denise Parker added 11 points for Agassi Prep, which raced to a 34-18 halftime lead.