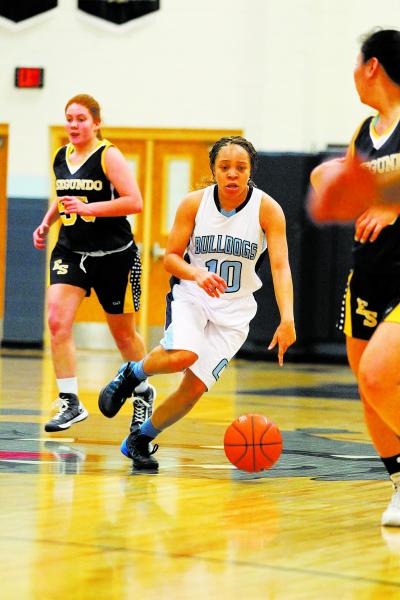 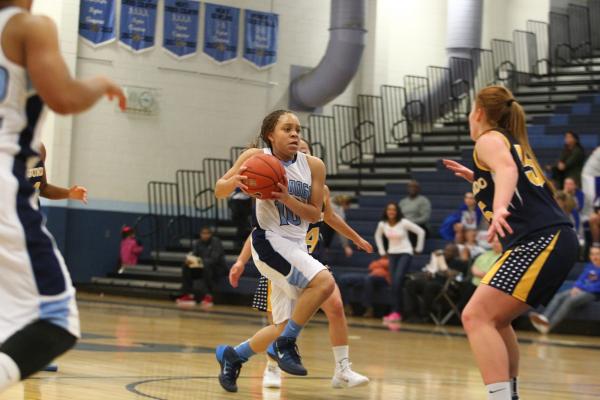 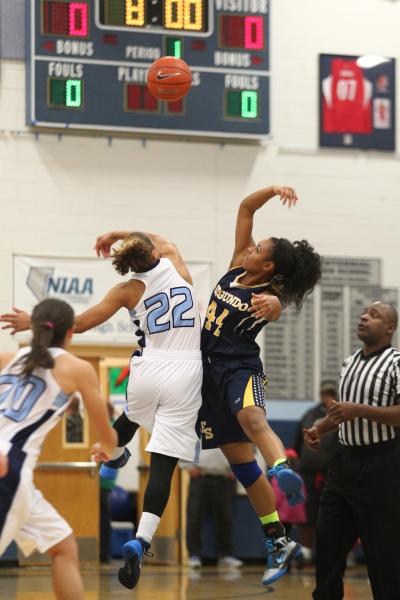 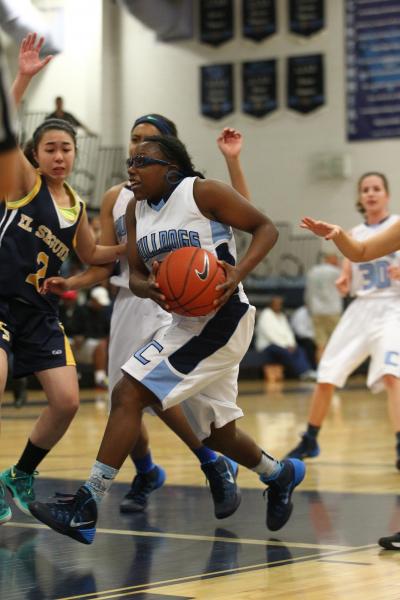 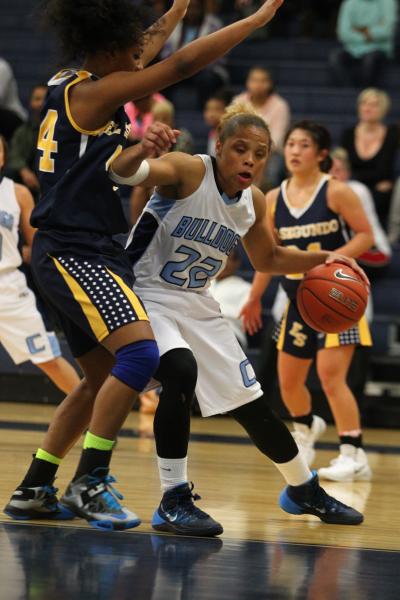 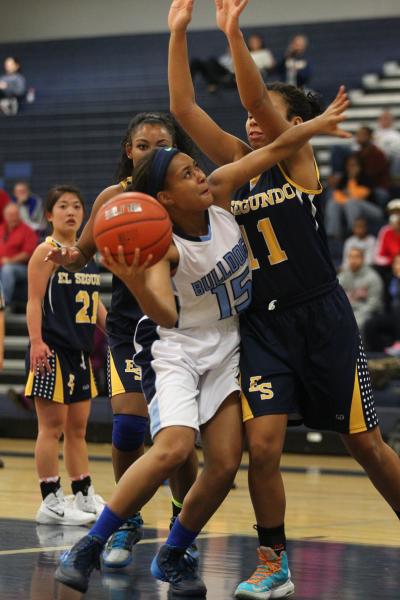 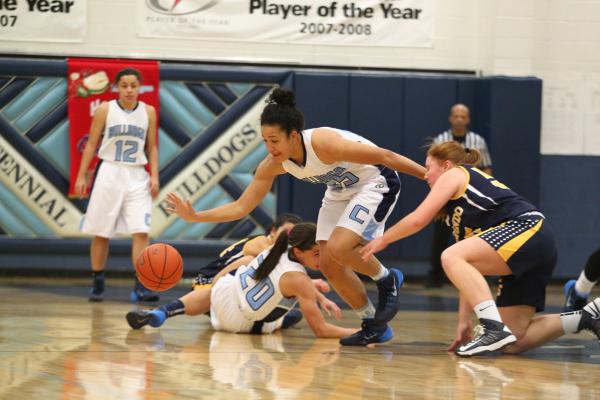 Most girls basketball teams would be in trouble if their top player had only one point on one shot in the first half.

Despite leading scorer Teirra Hicks being held under wraps, the host Bulldogs built a 20-point halftime lead and cruised to a 69-25 victory over El Segundo (Calif.) on Friday in the Las Vegas Holiday Classic.

Senior guard Tramina Jordan picked up the slack, pouring in 14 points in the first half, and the Bulldogs felt no pain with a 33-13 lead at the break.

“Any time your outside shooters can knock shots down, it makes the game more comfortable for everybody,” Centennial coach Karen Weitz said. “If Teirra’s not doing well inside, and the shooters can’t hit anything outside, then I think kids start to tense up.

“Tramina or Paige (Barber) can knock down shots from outside.”

Jordan, generously listed at 5 feet, 4 inches, also had five defensive rebounds in the first half to spark Centennial’s transition game. Barber and Karina Brandon each added six points during the half, when the Bulldogs held the Eagles to 5-for-20 shooting from the field.

Hicks had six points during the spurt, in which Centennial shot 7 of 8 from the field, including a 3-pointer by Jordan. Simone Barber’s transition layup capped the surge and gave the Bulldogs a 51-17 lead.

“As long as we want to make the extra passes and do the things that we practice, we always look pretty good,” Weitz said. “But we still have to put the ball in the basket.”

Centennial 75, Granite Hills (Calif.) 32 — Hicks had 17 points, and the Bulldogs rolled to a 27-2 first-quarter lead and cruised by Granite Hills.

Tanjanae Wells had 12 points, and Alex Dockery scored 11 for Centennial.

Santa Fe’s Vivian Lara drained her sixth 3-pointer of the game to tie the score at 40-40 with 50 seconds left. After an Arbor View turnover, Jordan stole the ball back near center court and cruised in on the right side for the go-ahead basket.

Lara scored 24, and Destiny Cardona had 11 points for Santa Fe.

Dana Lewis and Jordan each had six points for Arbor View.

Taylor Turney had 12 points, and Kelsey McFarland and Katey Roquemore each had 10 points for Foothill.

Foothill 69, San Clemente (Calif.) 52 — Turney had 23 points, and the Falcons used a 15-4 run in the first six minutes of the fourth quarter to put away the Tritons.

Jazmin O’Bannon and Kealy Brown each had nine points for Liberty.

Fellow Rebel recruit Kandyce Smith had 11 points for Bonita, which used a 15-2 run to end the third quarter and open a 43-21 lead.

Brown had 11 points, and Paris Strawther scored 10 for Liberty.

Highland (Ariz.) 66, Palo Verde 38 — Melinda Myers poured in 16 points to lead the Hawks by the Panthers.

Mary Eckenrode added 13 points for Highland, which expanded a 30-13 halftime lead to 52-19 after three quarters.

Alyssa Siqueiros hit four 3-pointers in the fourth quarter and had 12 points for Palo Verde, which got 11 points from Brooklyn Cruz.