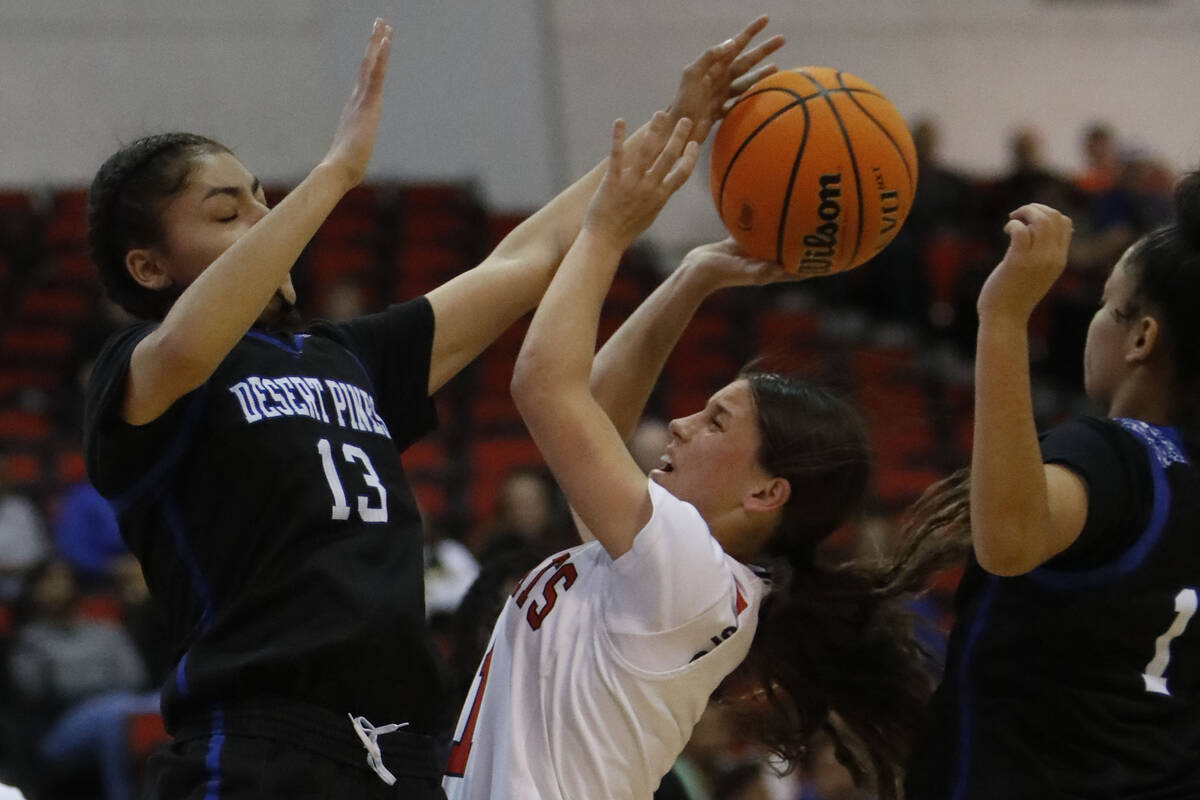 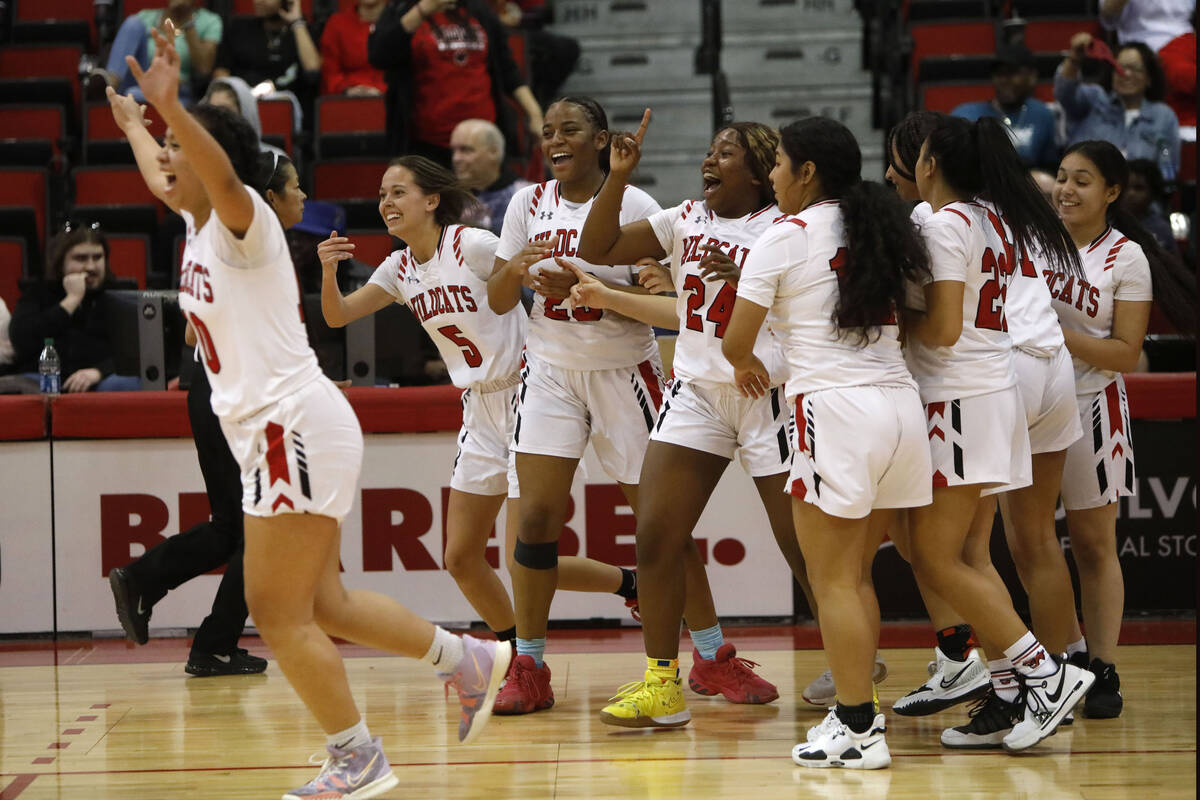 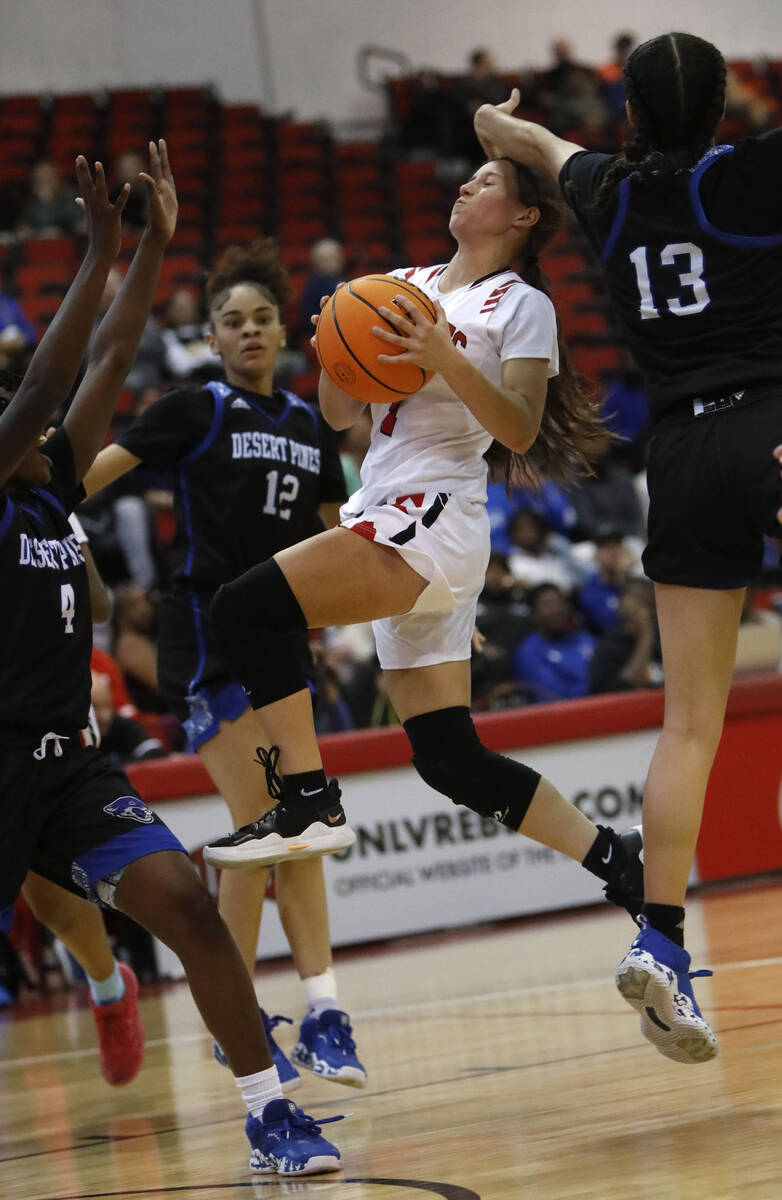 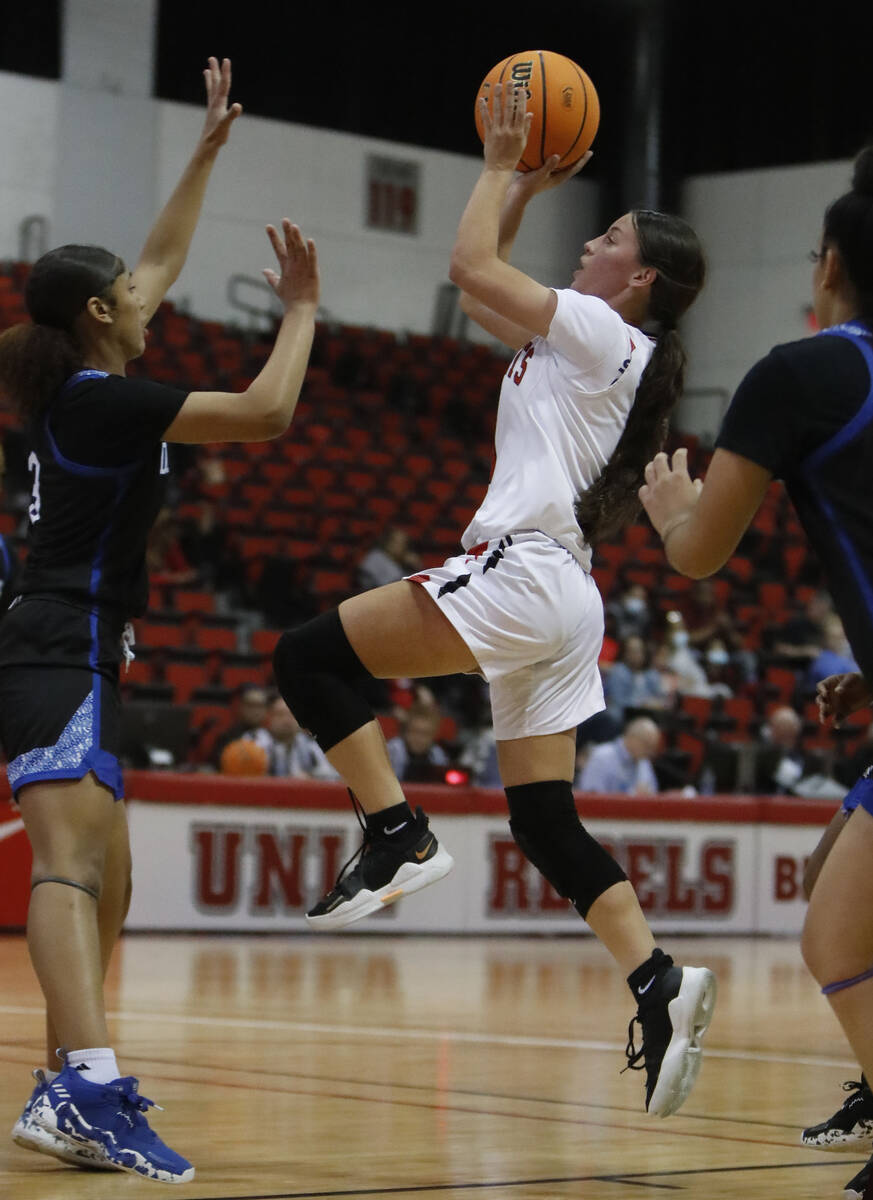 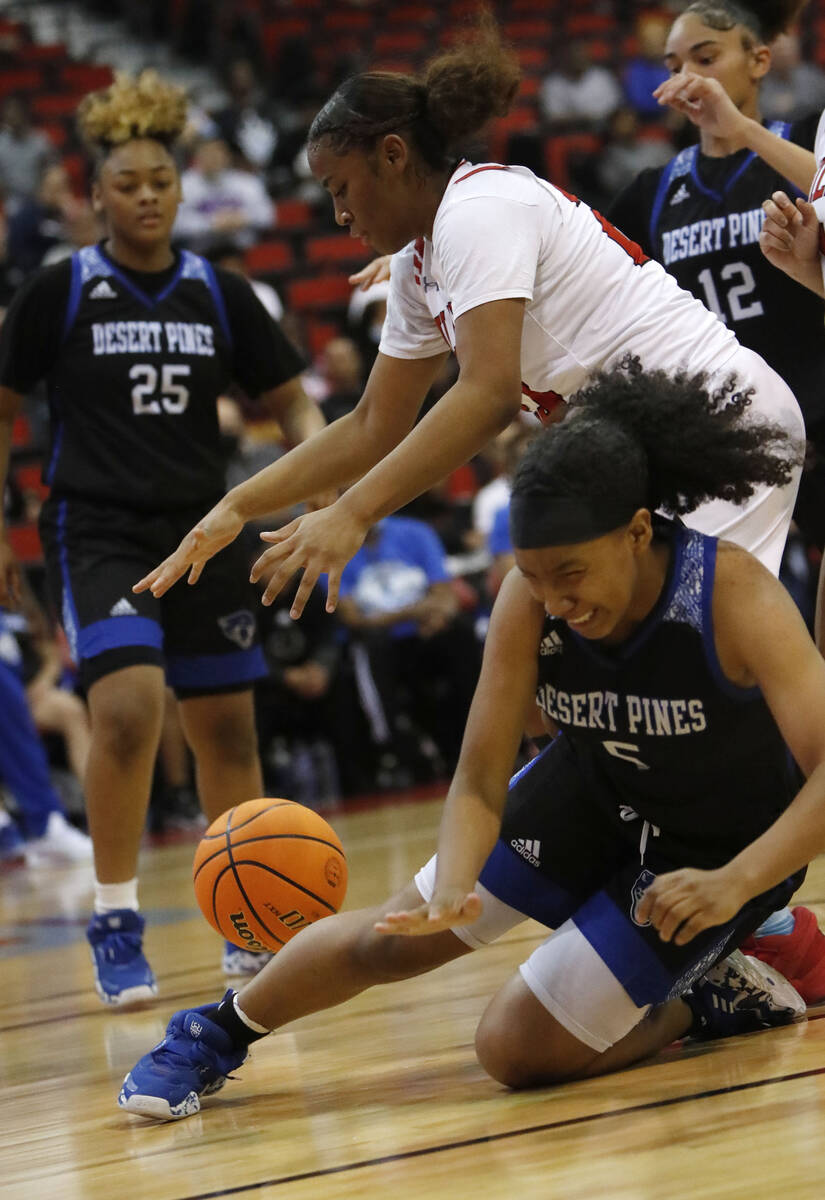 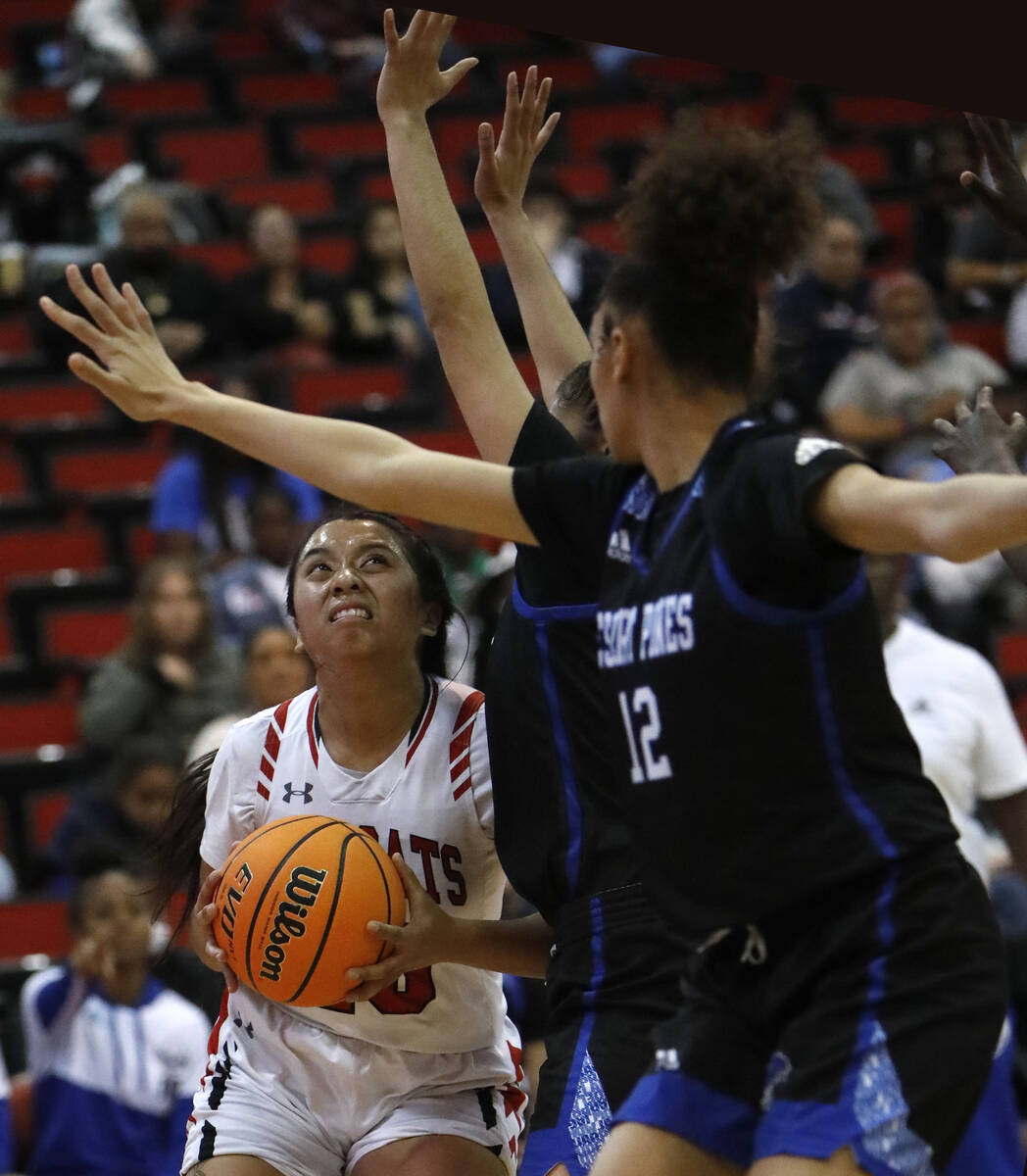 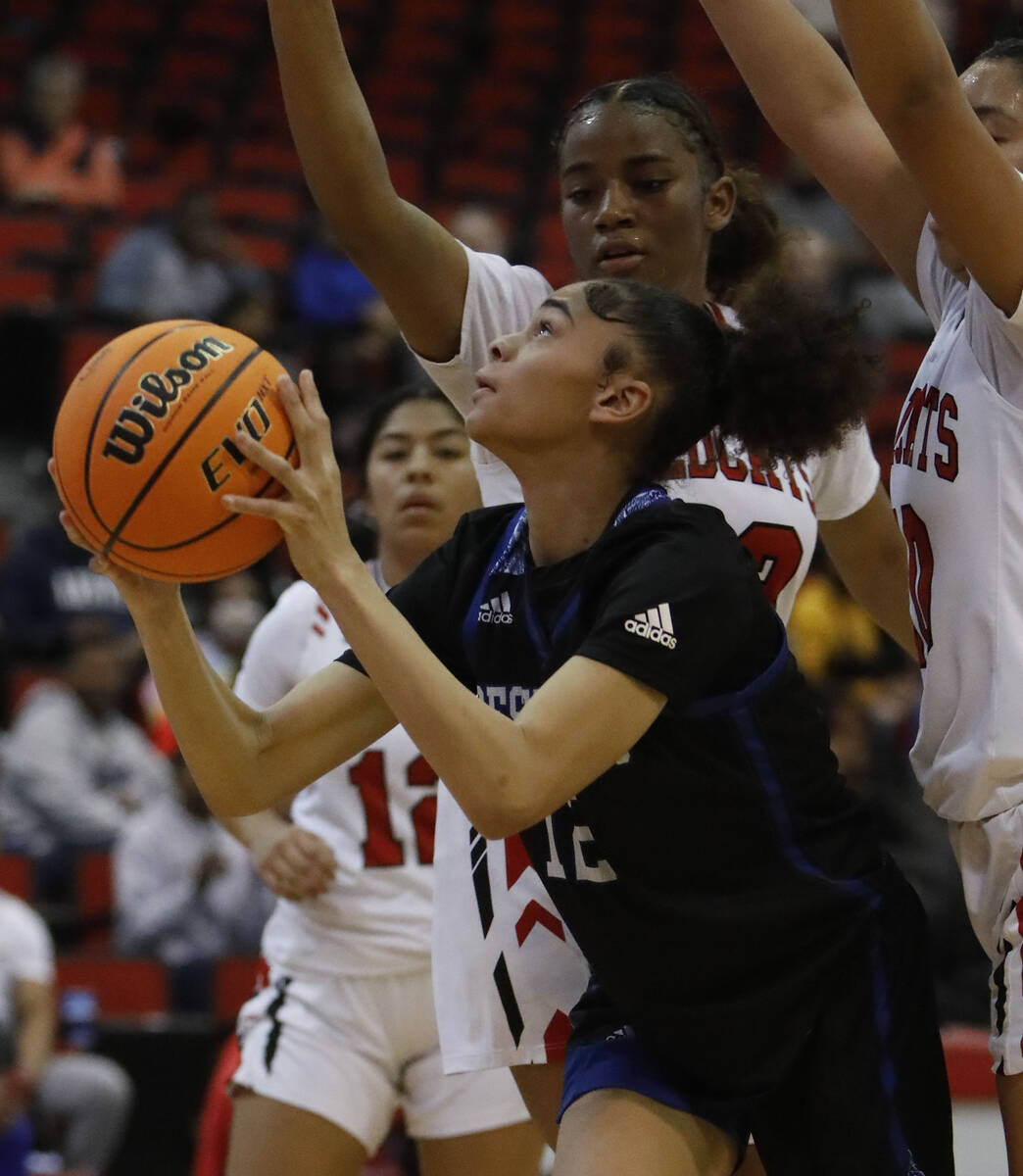 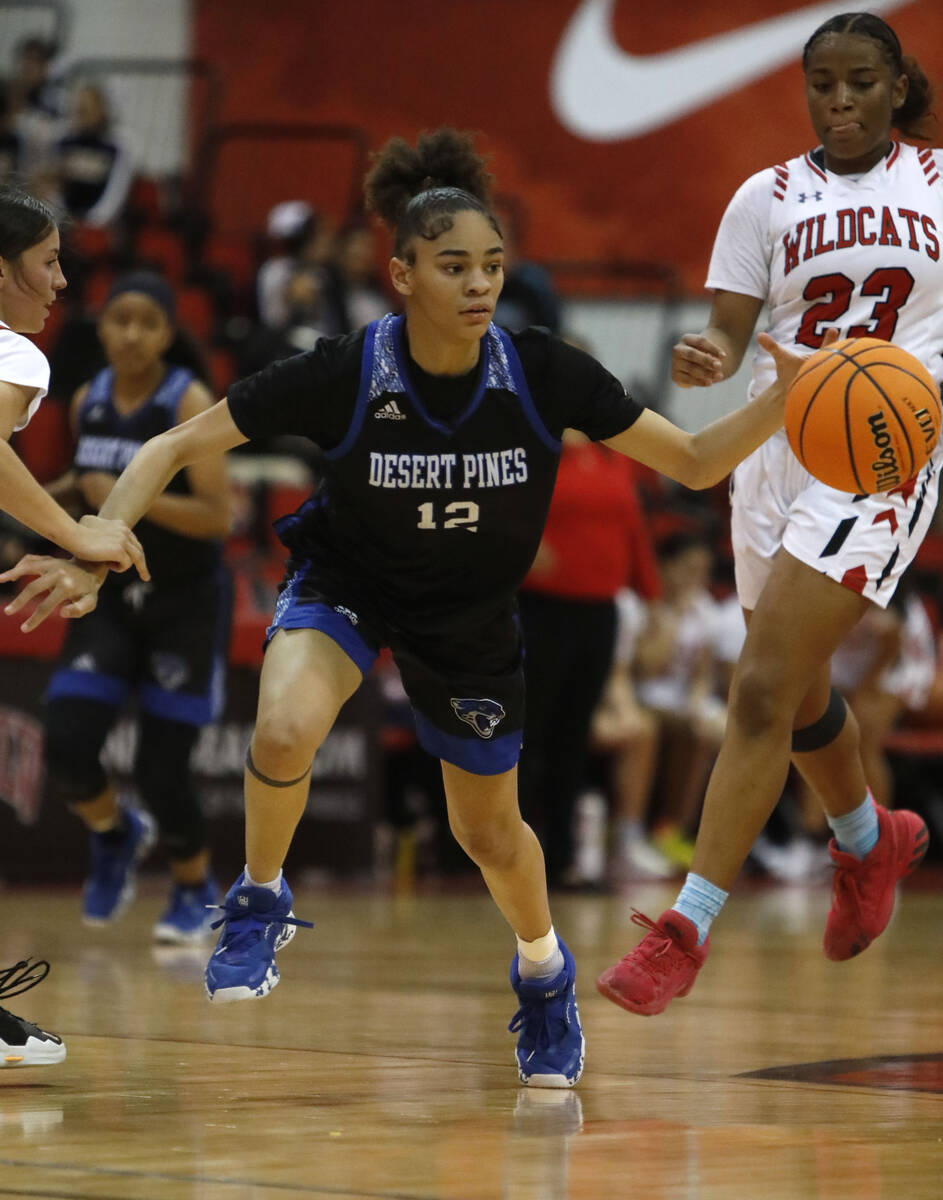 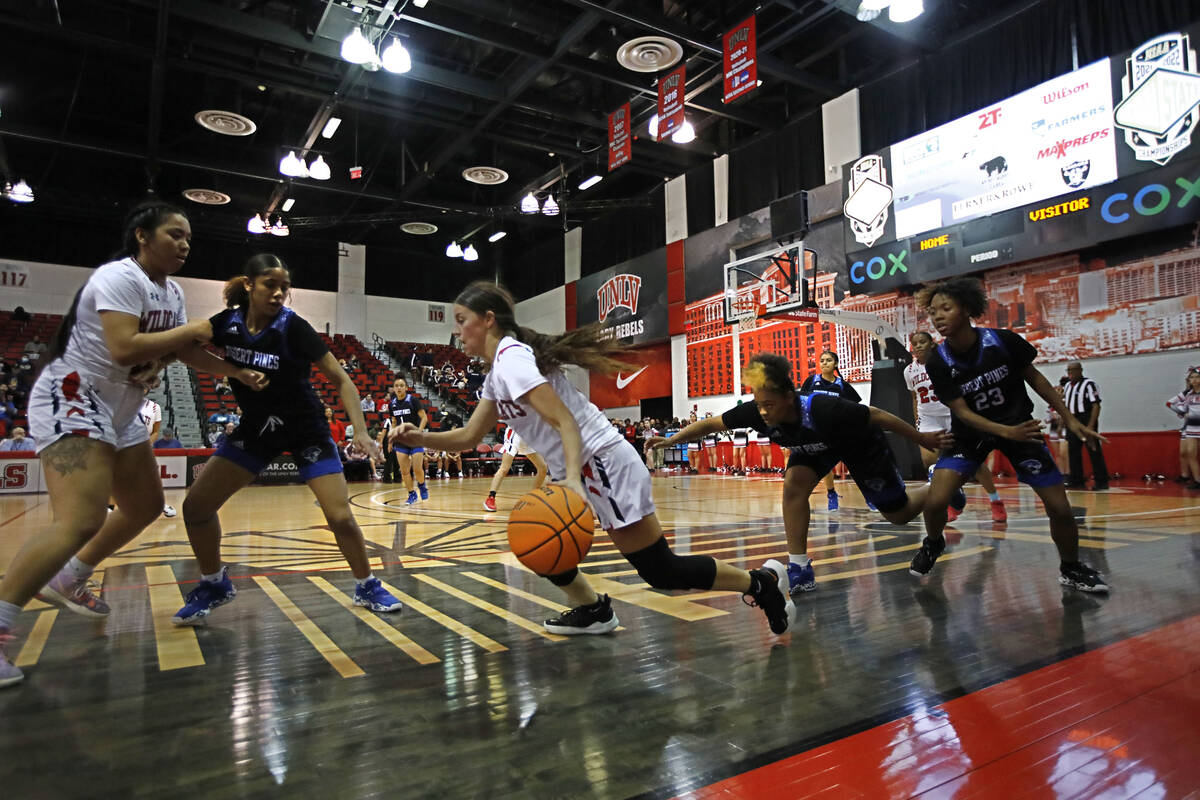 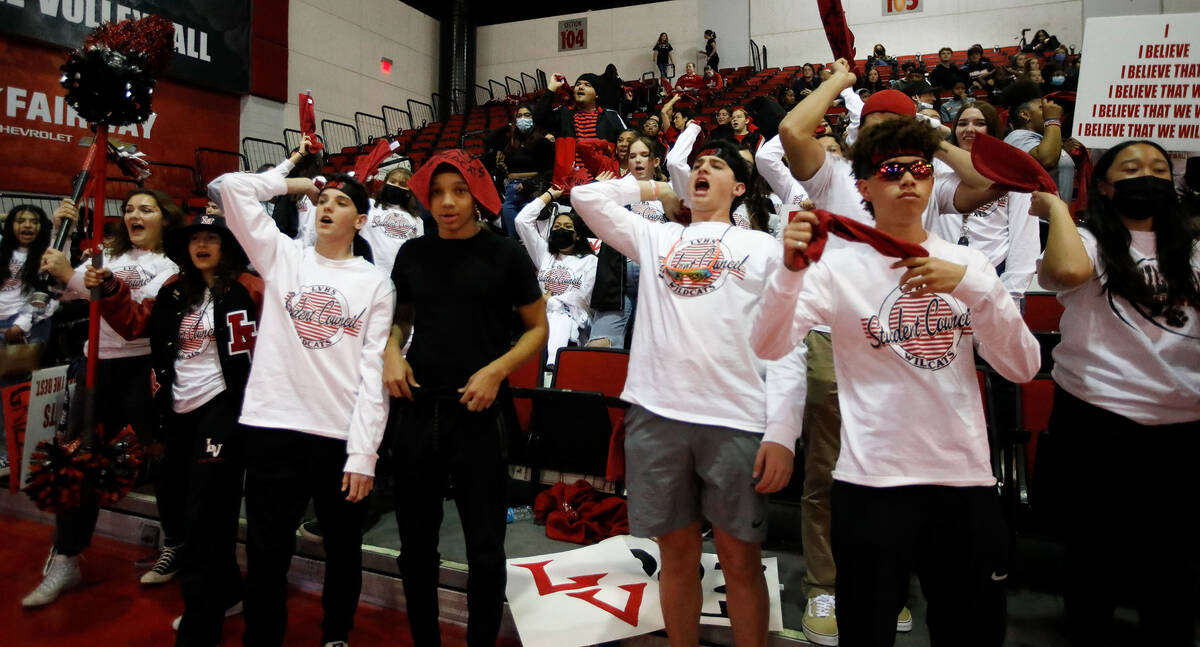 An eight-minute scoring drought did not phase Las Vegas in its 57-44 victory over Desert Pines on Friday in the Class 4A girls state basketball semifinals at Cox Pavilion.

The Wildcats will play Clark, a 64-41 winner over Arbor View, at 5:20 p.m. Saturday for the state championship.

Las Vegas led by 21 points three minutes into the third quarter, but did not score again until the fourth quarter as Desert Pines cut the deficit to 48-39.

Layla Faught, who finished with 22 points, made a contested layup and added a free throw at the 5:02 mark to end the scoring drought. On the ensuing possession, Faught connected with Kayla Terry — who scored a game-high 27 points — on a fast-break layup.

Wildcats coach La Shondra Rayford said she knew her young team would be able to rely on its experience to combat any scoring droughts.

“We try to practice these situations and scenarios,” Rayford said. “And we try to do the best that we can to withstand it. It just speaks to our toughness.”

Las Vegas’ pressure defense and rebounding made it difficult for Desert Pines to generate any momentum.

Clark has used its length to give opponents fits all season, and the same was true against Arbor View.

The Chargers held the Aggies scoreless through the first 10:39 en route to the decisive victory.

Tiairra Hill-Brown scored 16 of her game-high 26 points in Clark’s 28-0 run to start the game.

Arbor View scored its first points on Camryn Harris’ layup with 5:21 left in the first half.

“Tonight was Hill-Brown’s night, and she performed,” Parks said. “Everybody has a role on this team.”

Behind its all-senior starting lineup, Clark forced Arbor View into challenging shots and made the Aggies work to bring the ball in the front court.

“We’re just going to keep using (our length) to our advantage,” Parks said. “A lot of teams don’t have the height we have and don’t have the athleticism we have.”