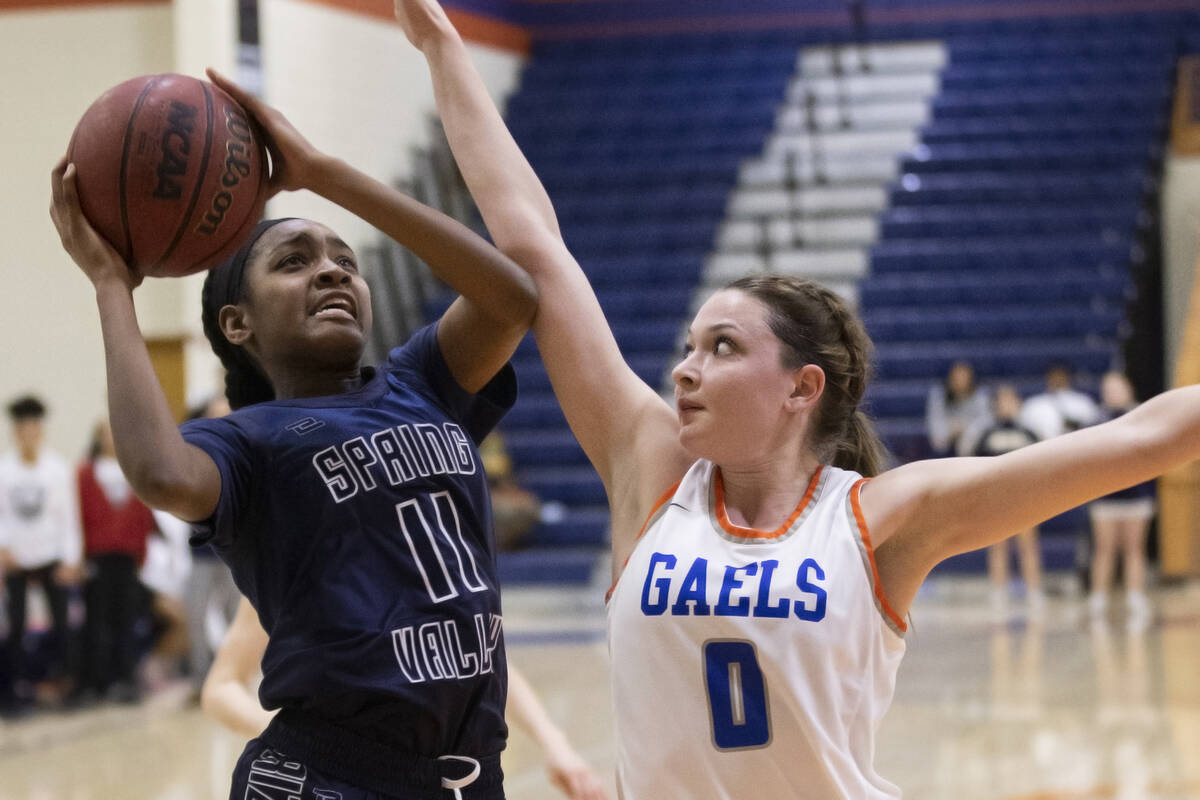 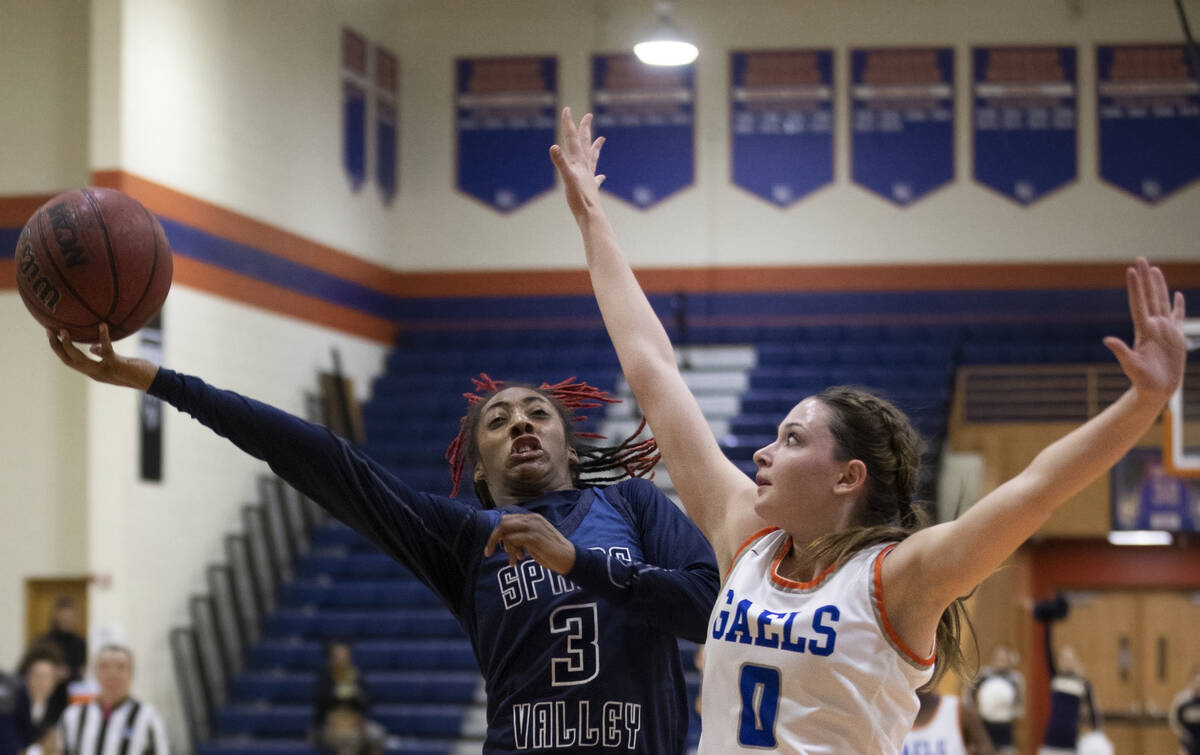 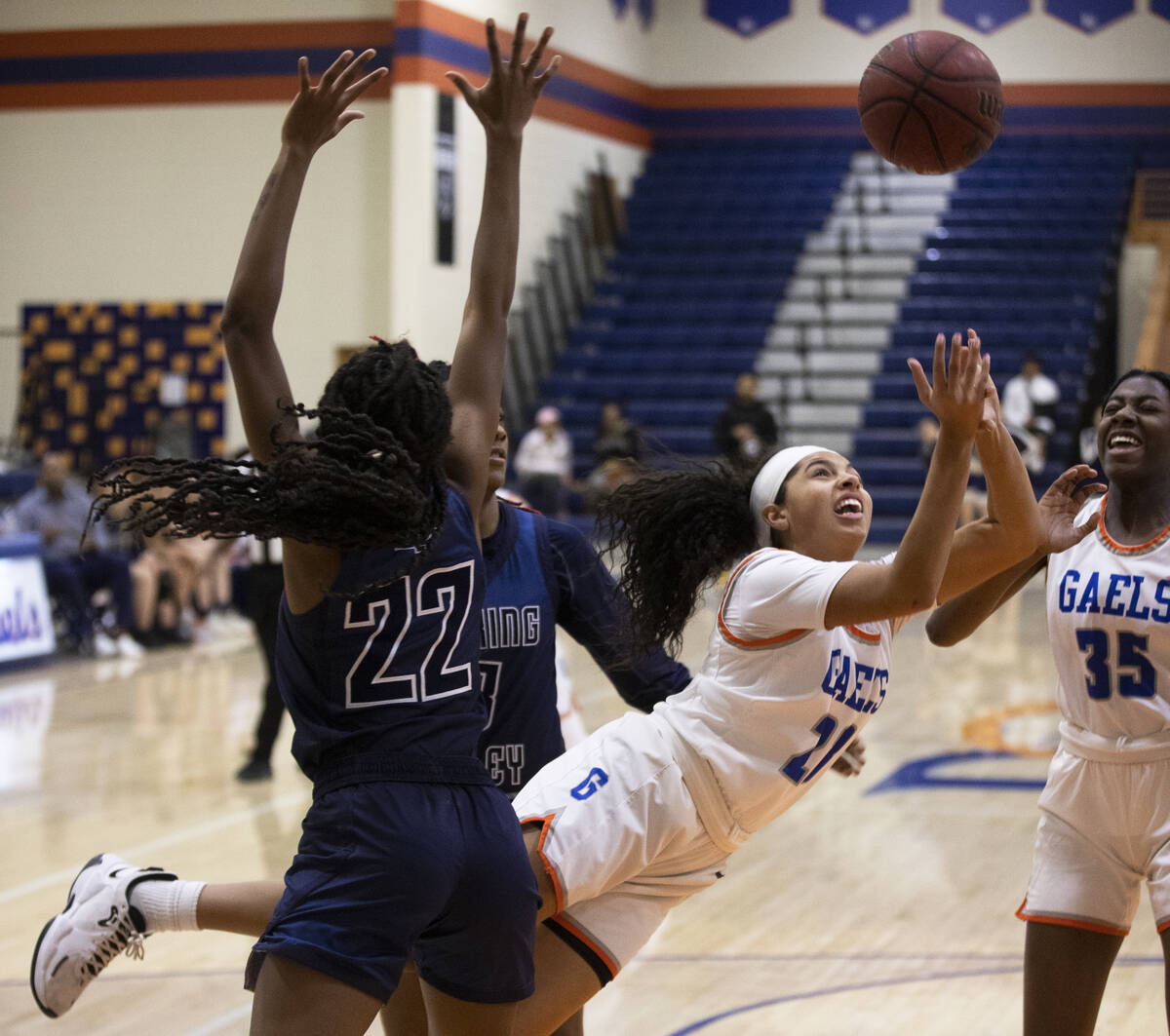 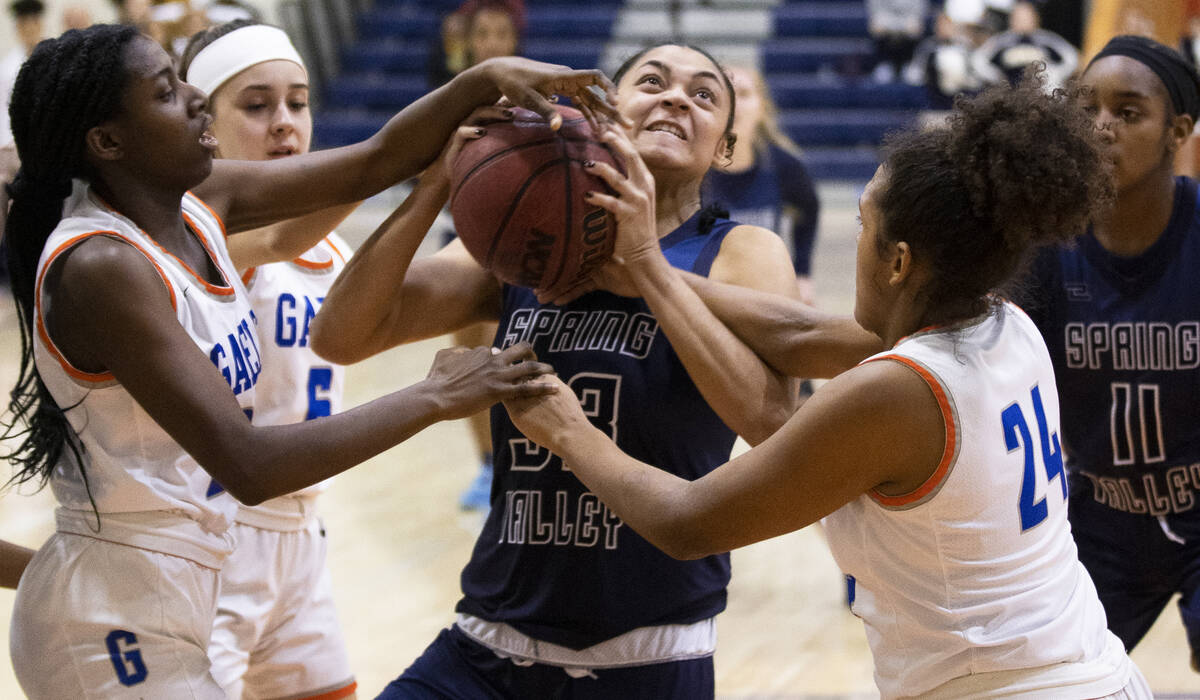 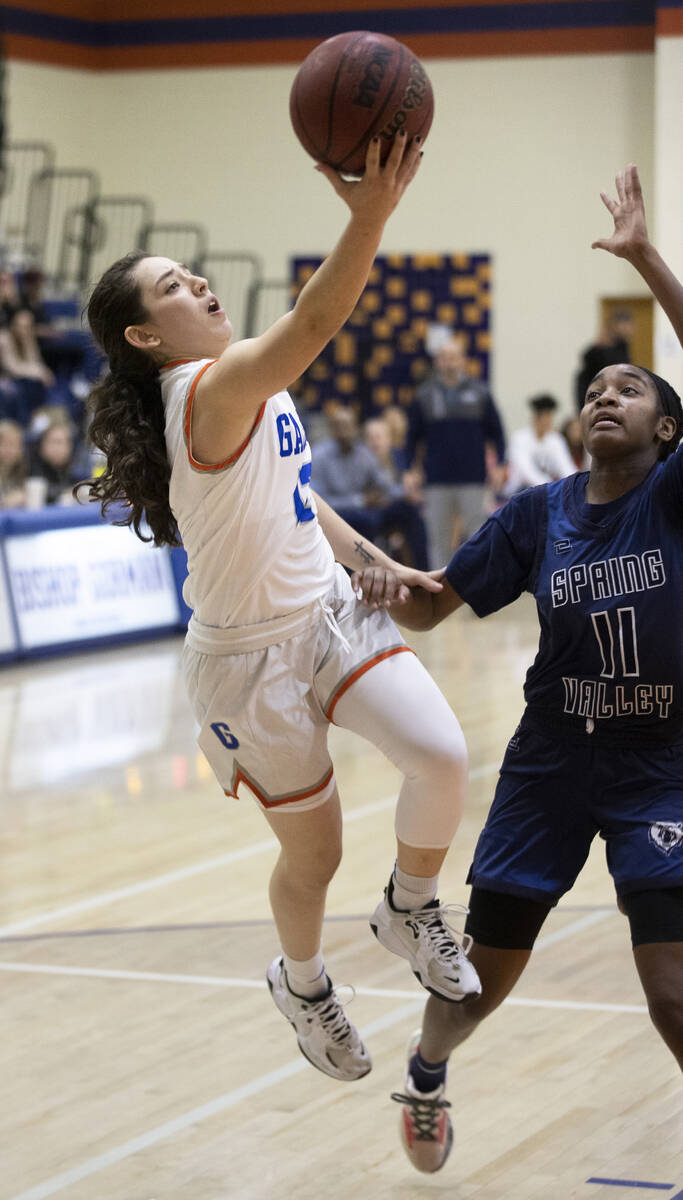 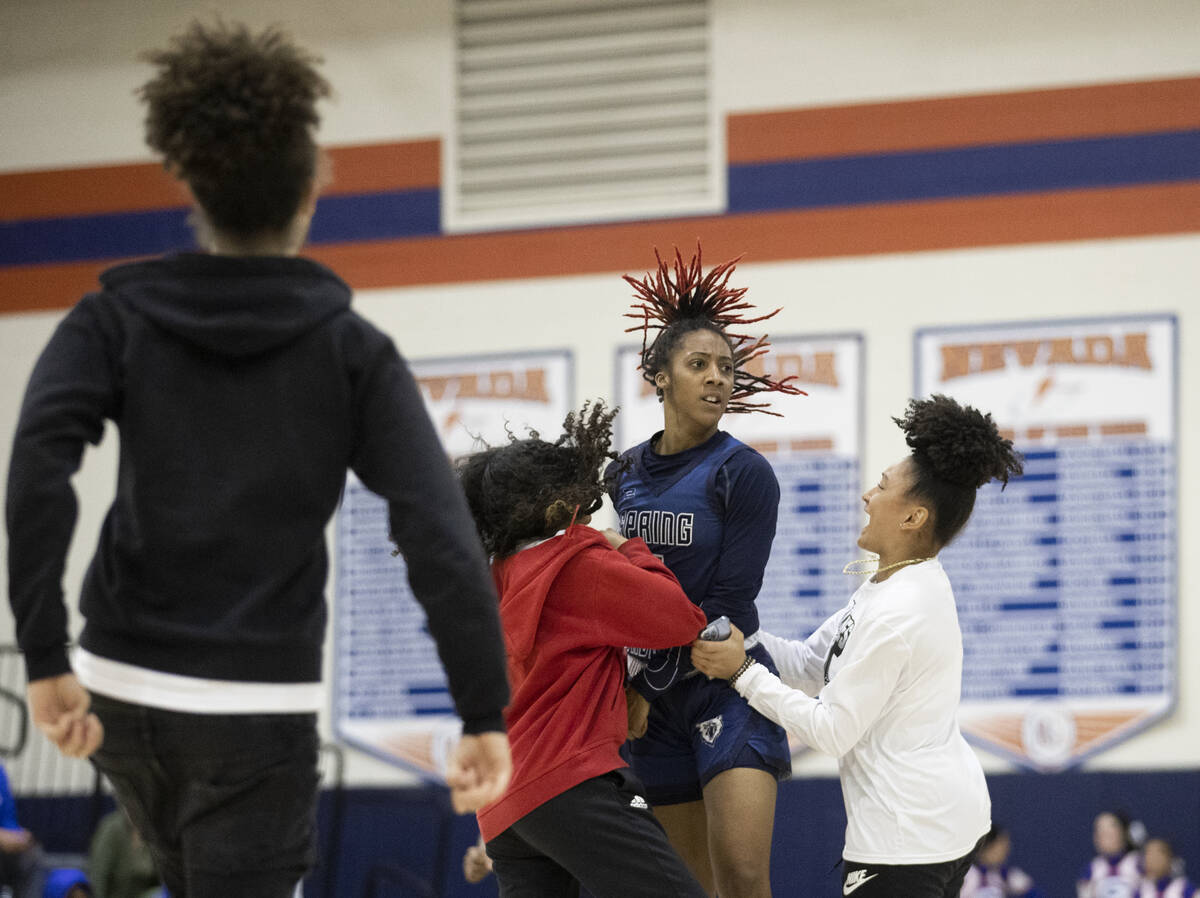 Spring Valley guard Aaliyah Gayles (3) celebrates with teammates after hitting a shot at the end of the half in the during a Class 5A Southern Region girls basketball tournament game against Bishop Gorman on Tuesday, Feb. 15, 2022, at Bishop Gorman High School, in Las Vegas. (Benjamin Hager/Las Vegas Review-Journal) @benjaminhphoto 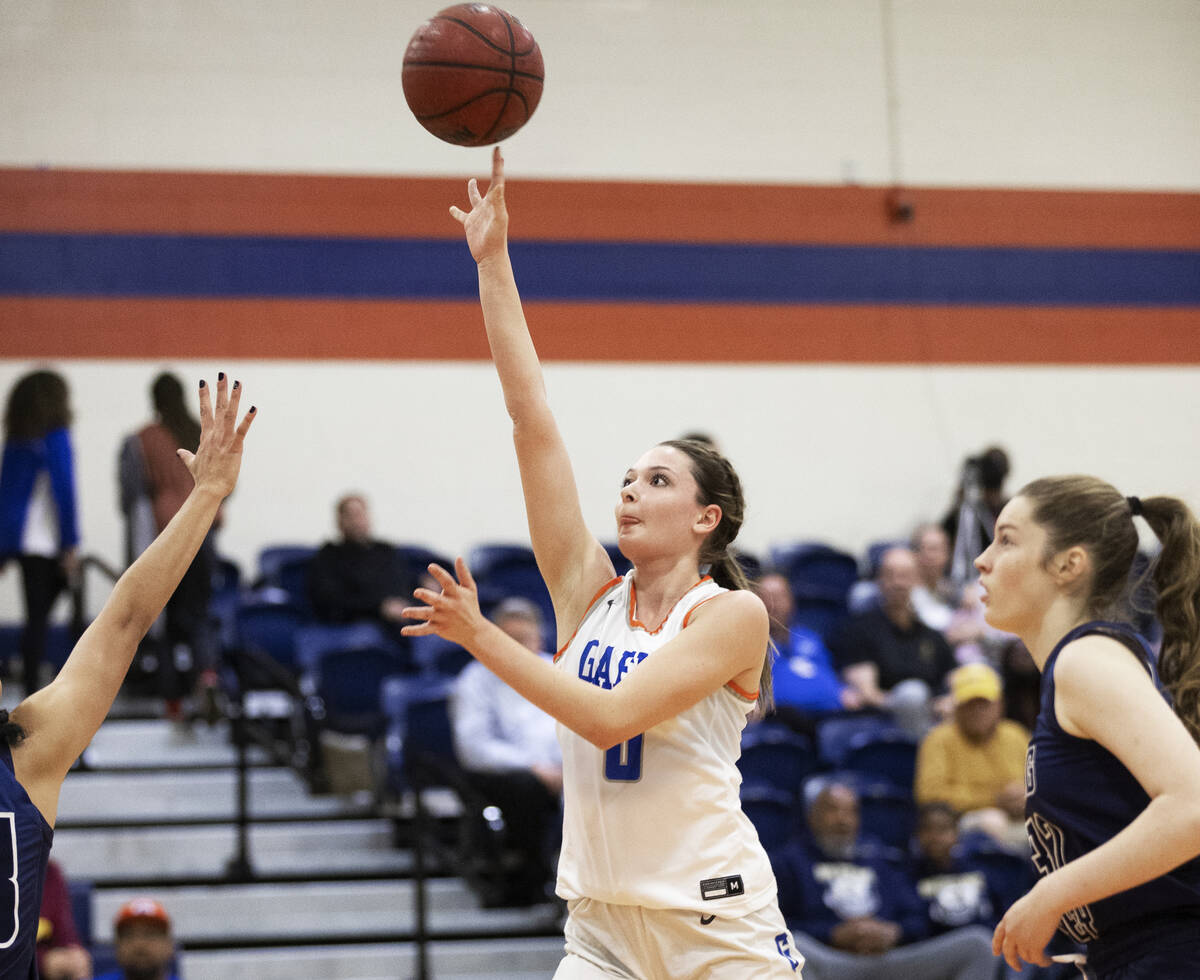 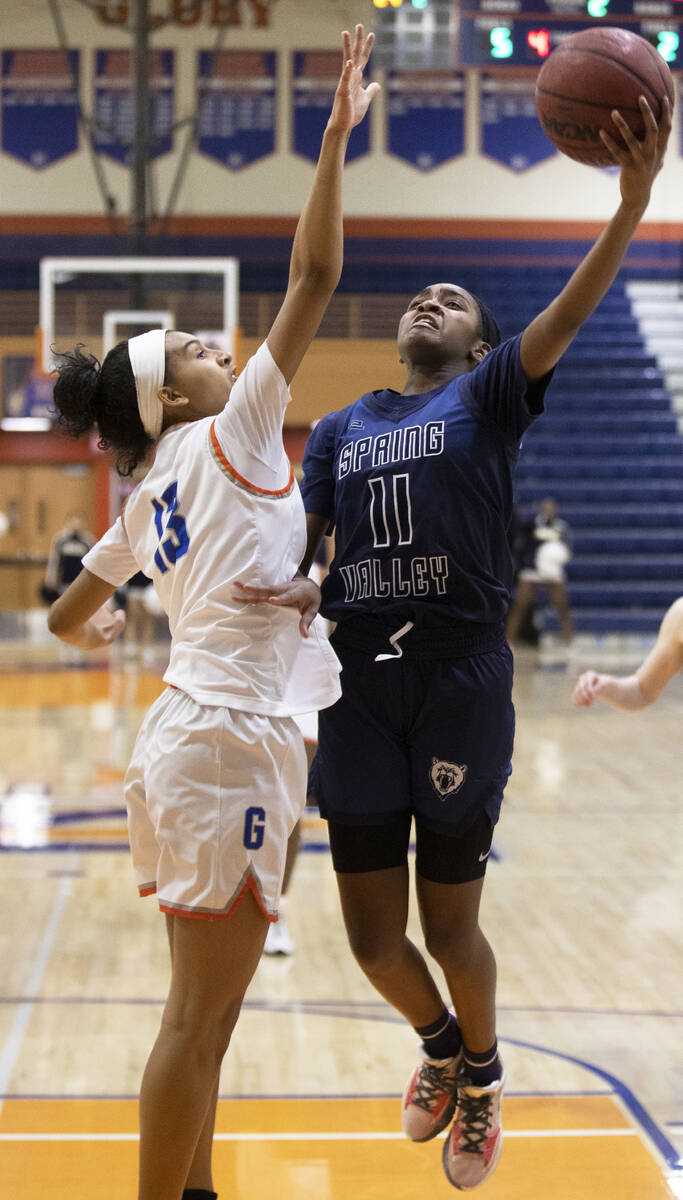 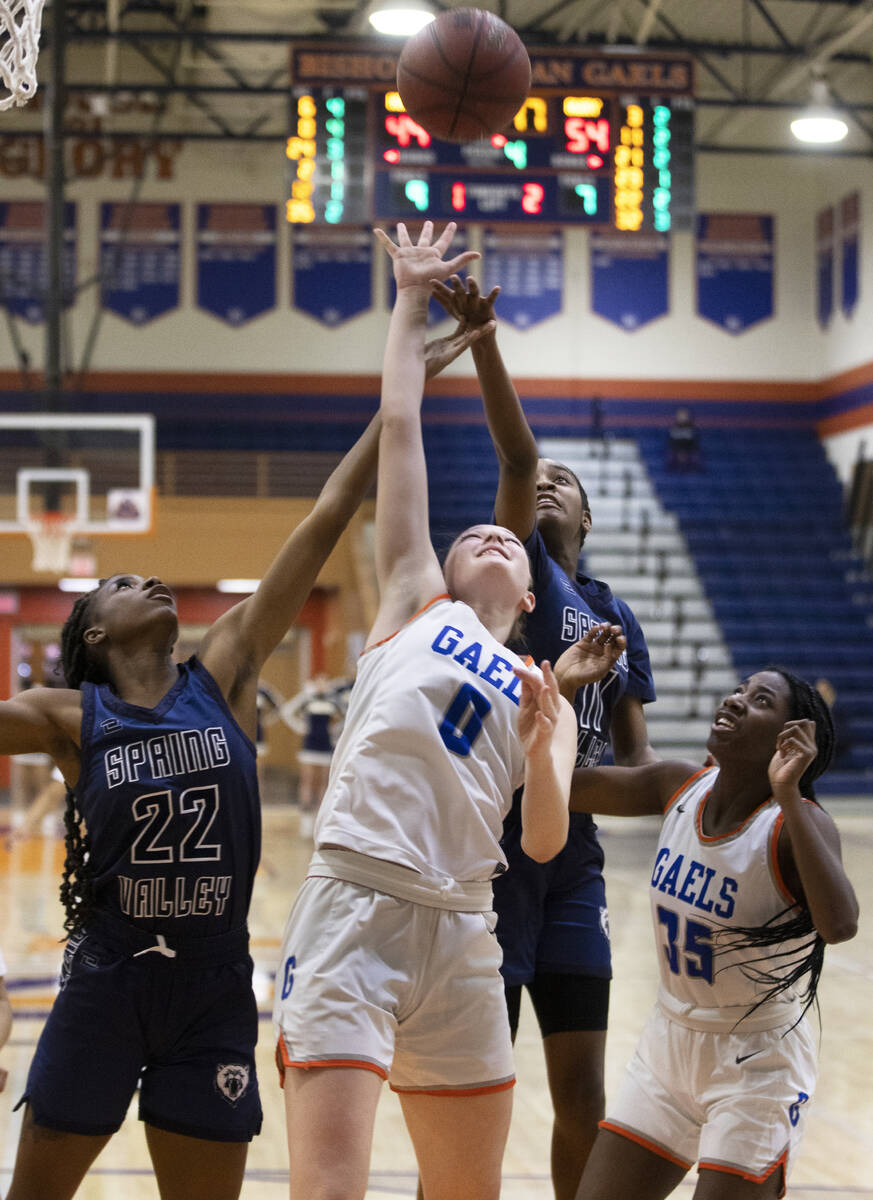 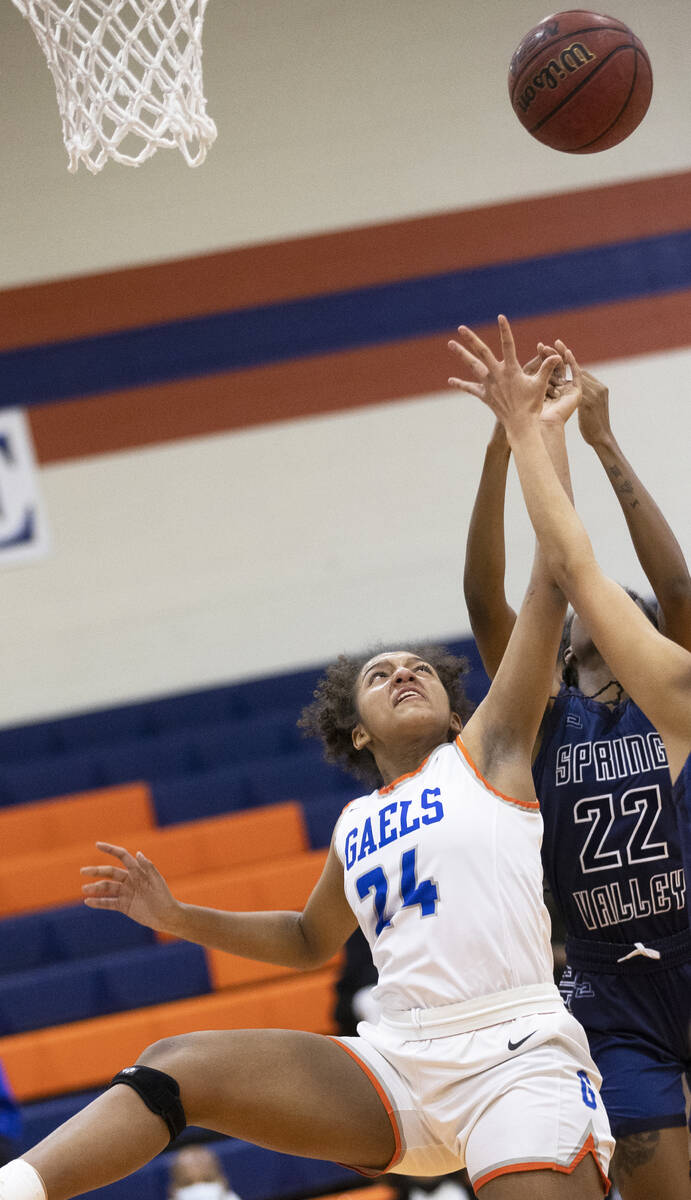 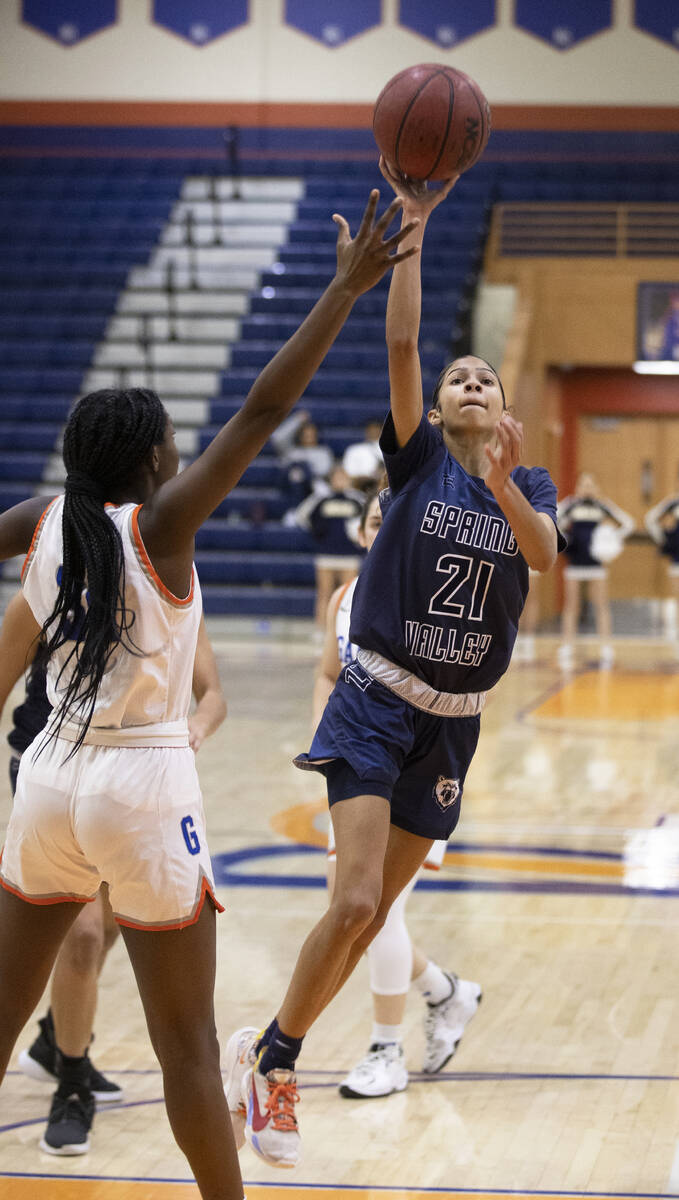 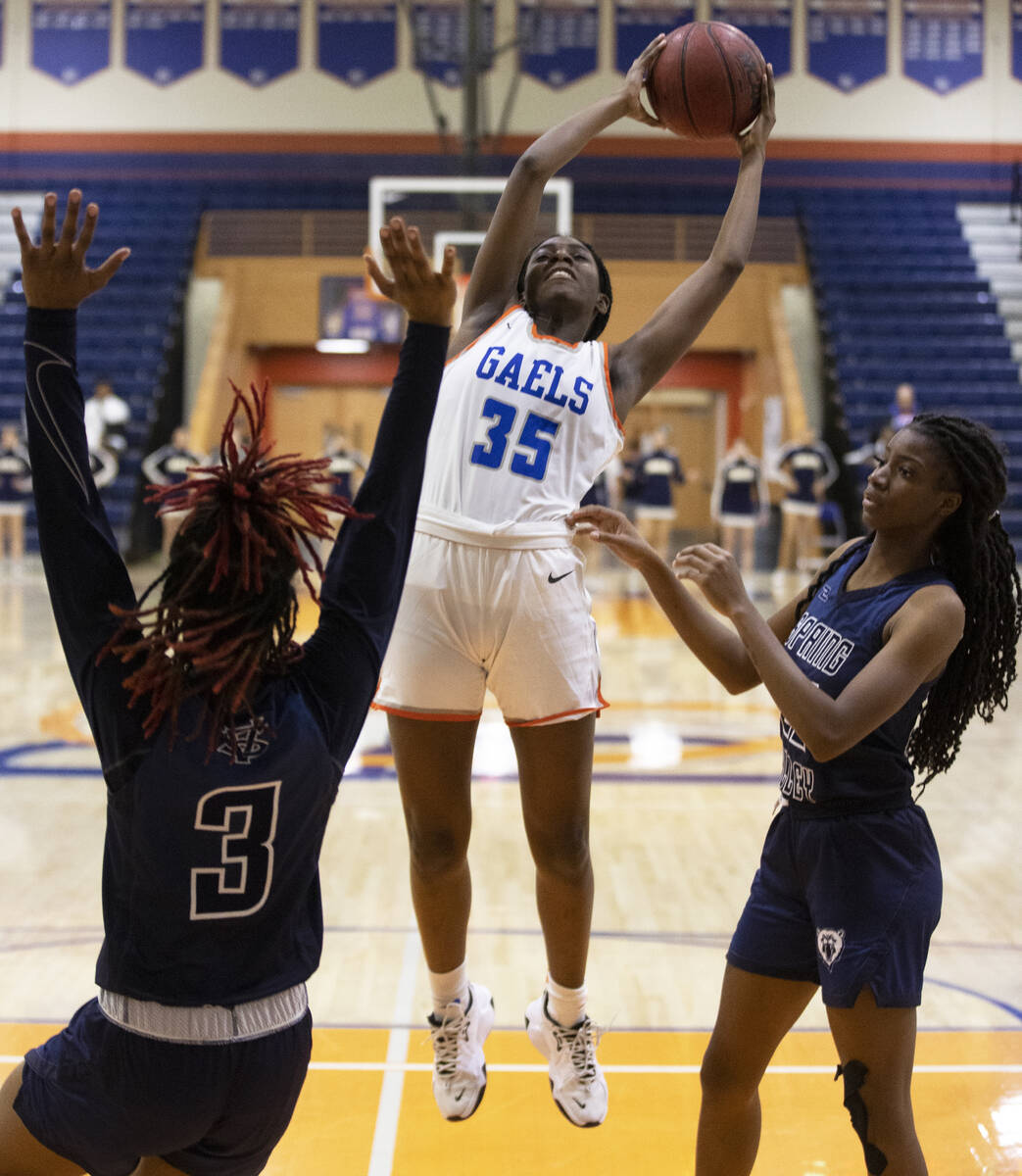 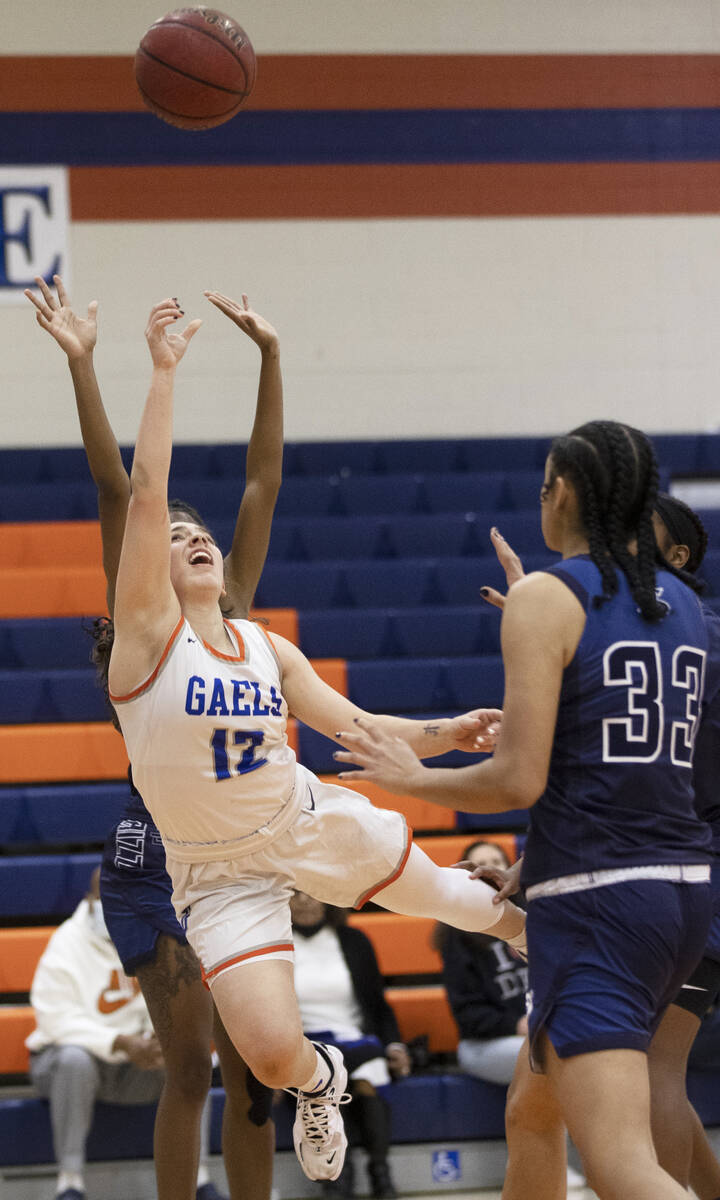 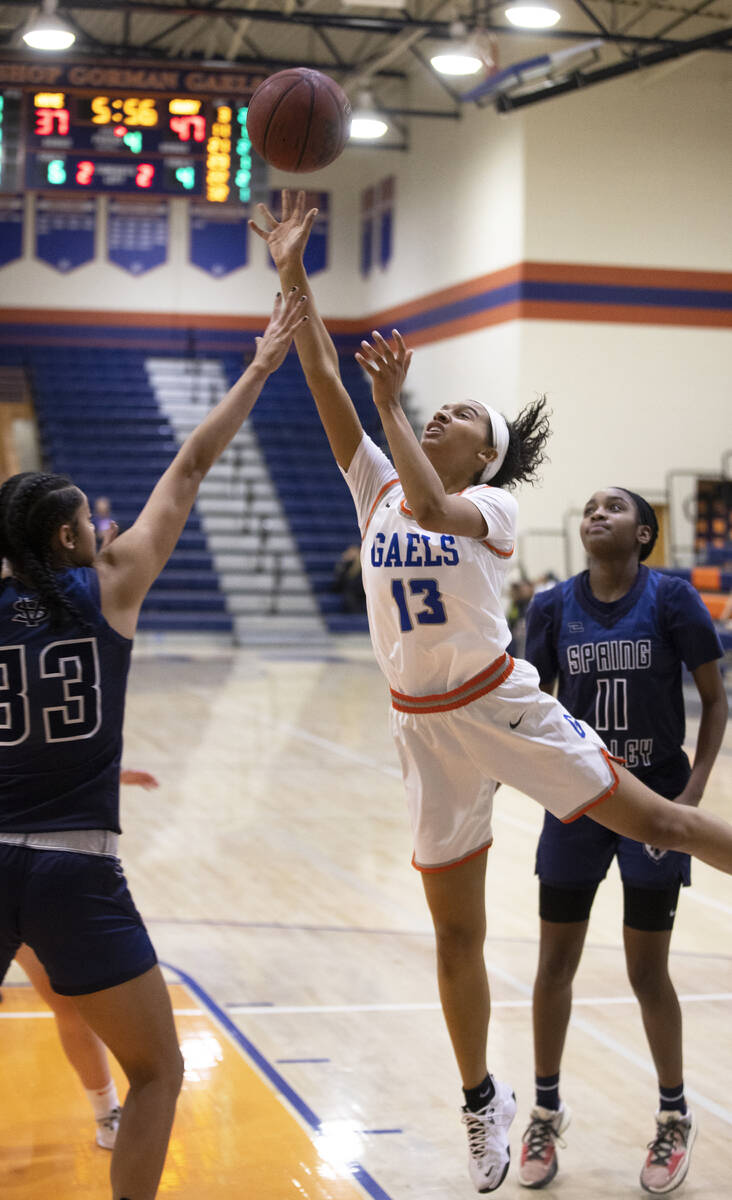 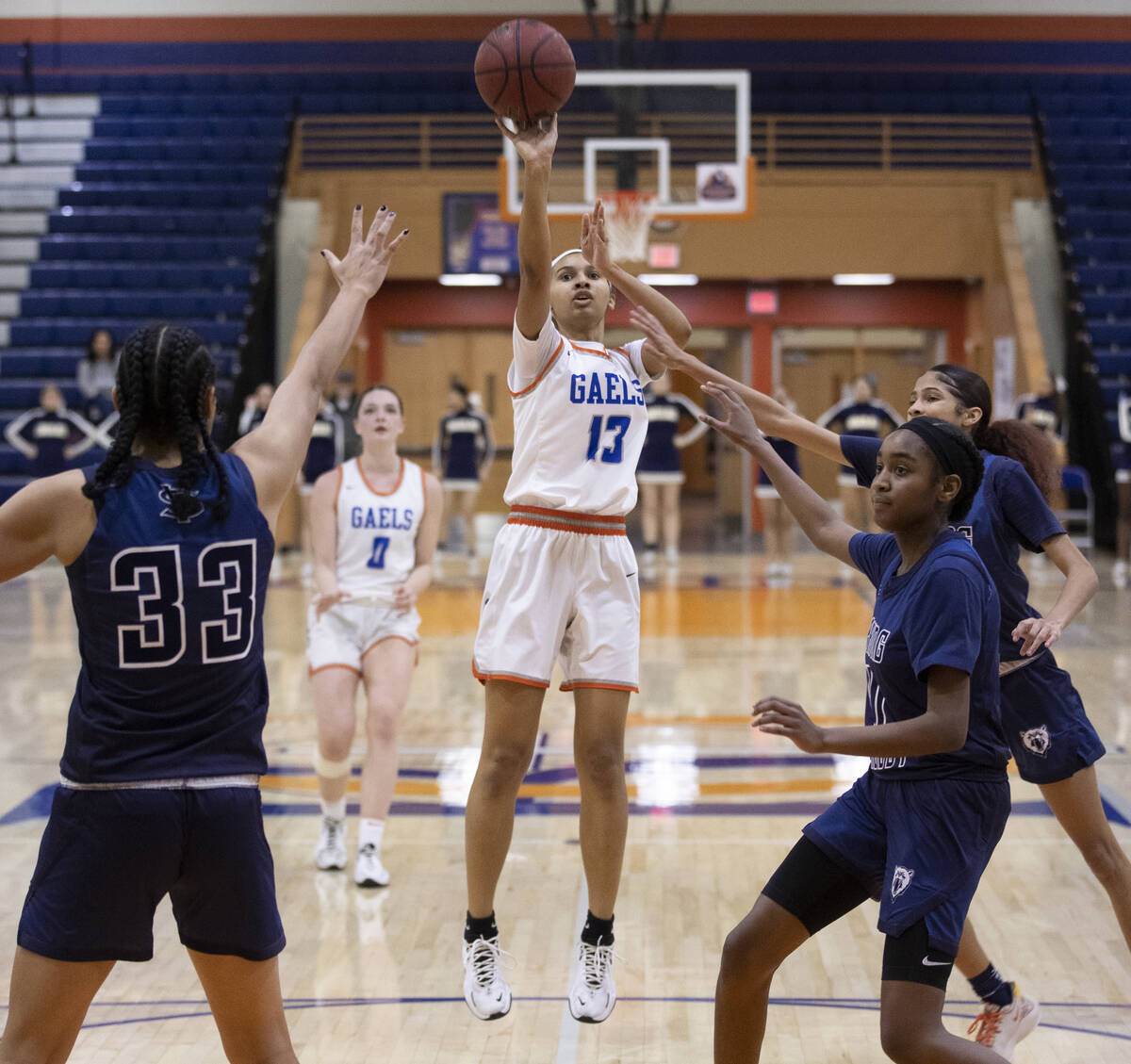 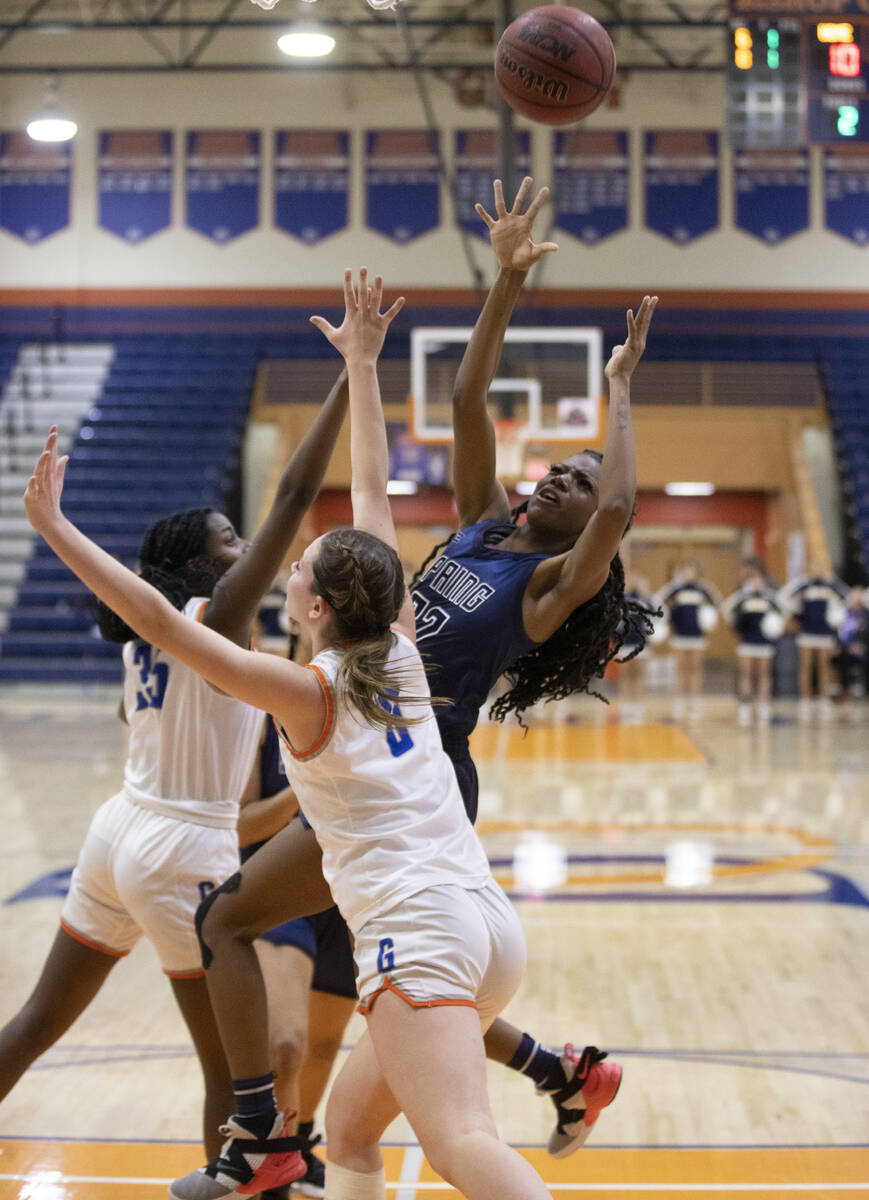 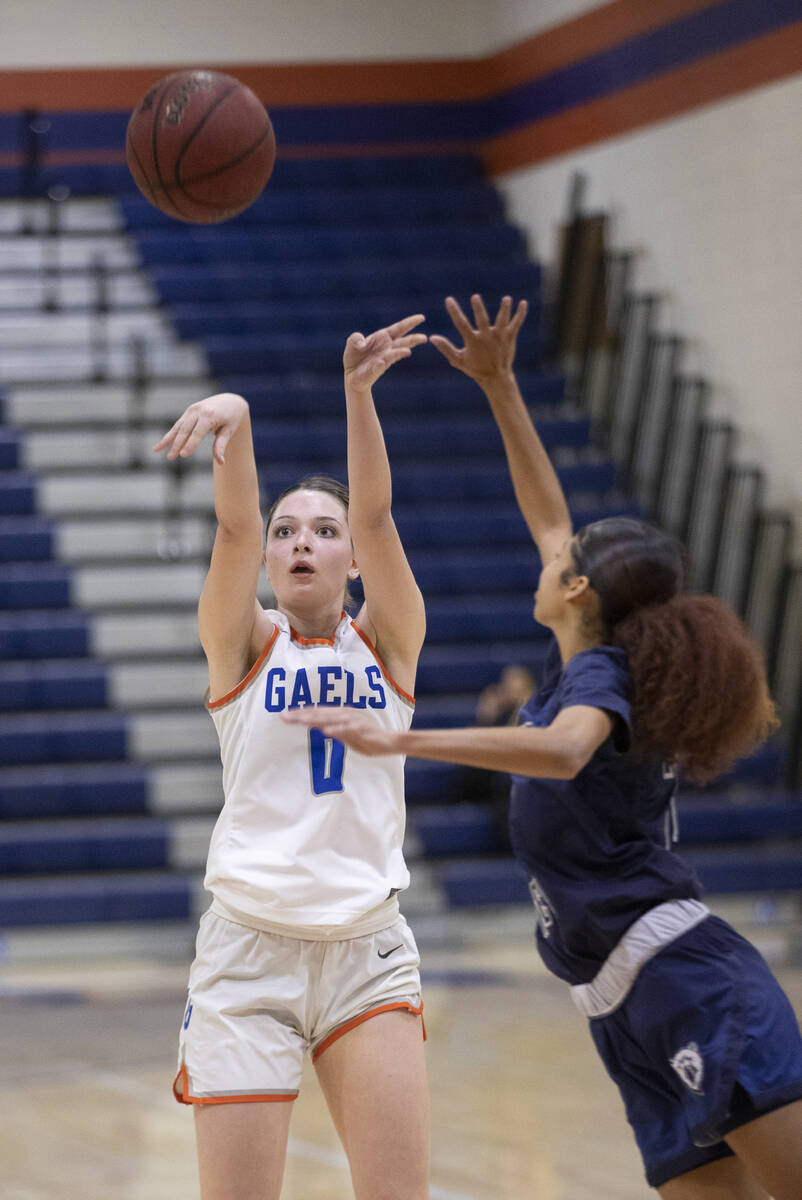 The second half of the girls basketball season was tough for Spring Valley.

The Grizzlies were ranked No. 2 in Class 5A for much of the season, but injuries mounted and they skidded through Southern League play with a 5-4 record and No. 6 seed for the playoffs.

They let out that frustration with a celebration after a 61-54 road win over No. 3 seed Bishop Gorman in Tuesday’s 5A Southern Region quarterfinal.

“It always is a very healthy respect for one another, but our supporting cast stepped up big time,” Spring Valley coach Billy Hemberger said. “We’ve been battered with some injuries, but they played as a team, and that’s all we can ask for.”

Jaila Childress, a member of that supporting cast, led Spring Valley with 24 points. McDonald’s All-America guard Aaliyah Gayles scored 14 in her first game back from an injury that sidelined her for three weeks, and Briana Green added 13 points.

Having Gayles back was a huge lift for the Grizzlies, who are expected to get freshman forward Grace Knox back from injury when they travel to No. 2 Liberty for the regional semifinals at 6:30 p.m. Thursday.

“It’s almost like your bodyguard of some sort (having Aaliyah back),” Hemberger said. “It’s like you can play freer with her handling all the important things. It really was a total team effort, though.”

Gorman (12-9) got 20 points from Reina Bell and 15 apiece from Selina Gutierrez and Silvia Garcia, but only four from the rest of the team.

The officials called the game tight, leading to 50 free-throw attempts. The Grizzlies relentlessly attacked the basket and hit 21 of 34 from the line, and Gorman was 14 of 16.

Spring Valley never trailed after the first quarter, which ended on a 3-pointer off a spin move from Gayles at the buzzer for a 14-10 lead. The Grizzlies led by 12 points in the fourth quarter before the Gaels cut the deficit to 56-52 with 1:23 left.

But Childress hit two free throws, then turned a steal into a layup.

“Jaila Childress got cheated out of being on second-team all-conference,” Hemberger said. “She just proved why she deserved to be on that second team. She’s a phenomenal player.”