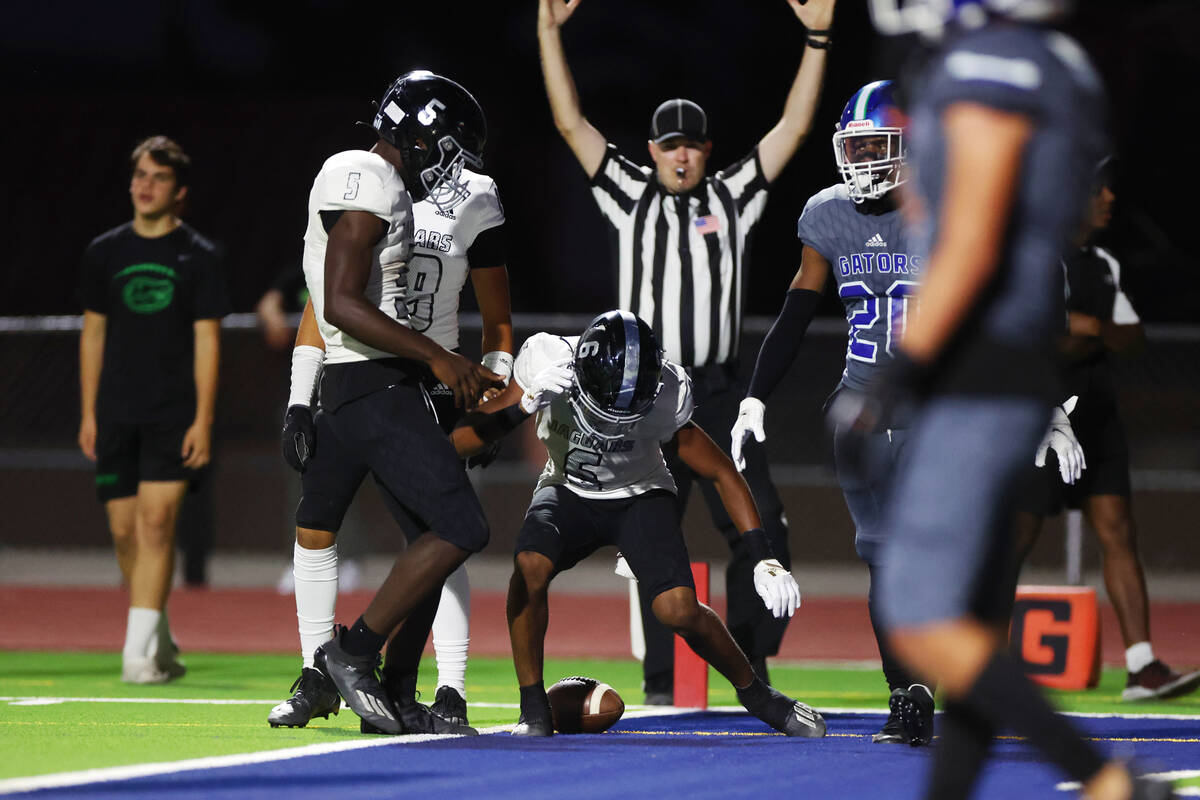 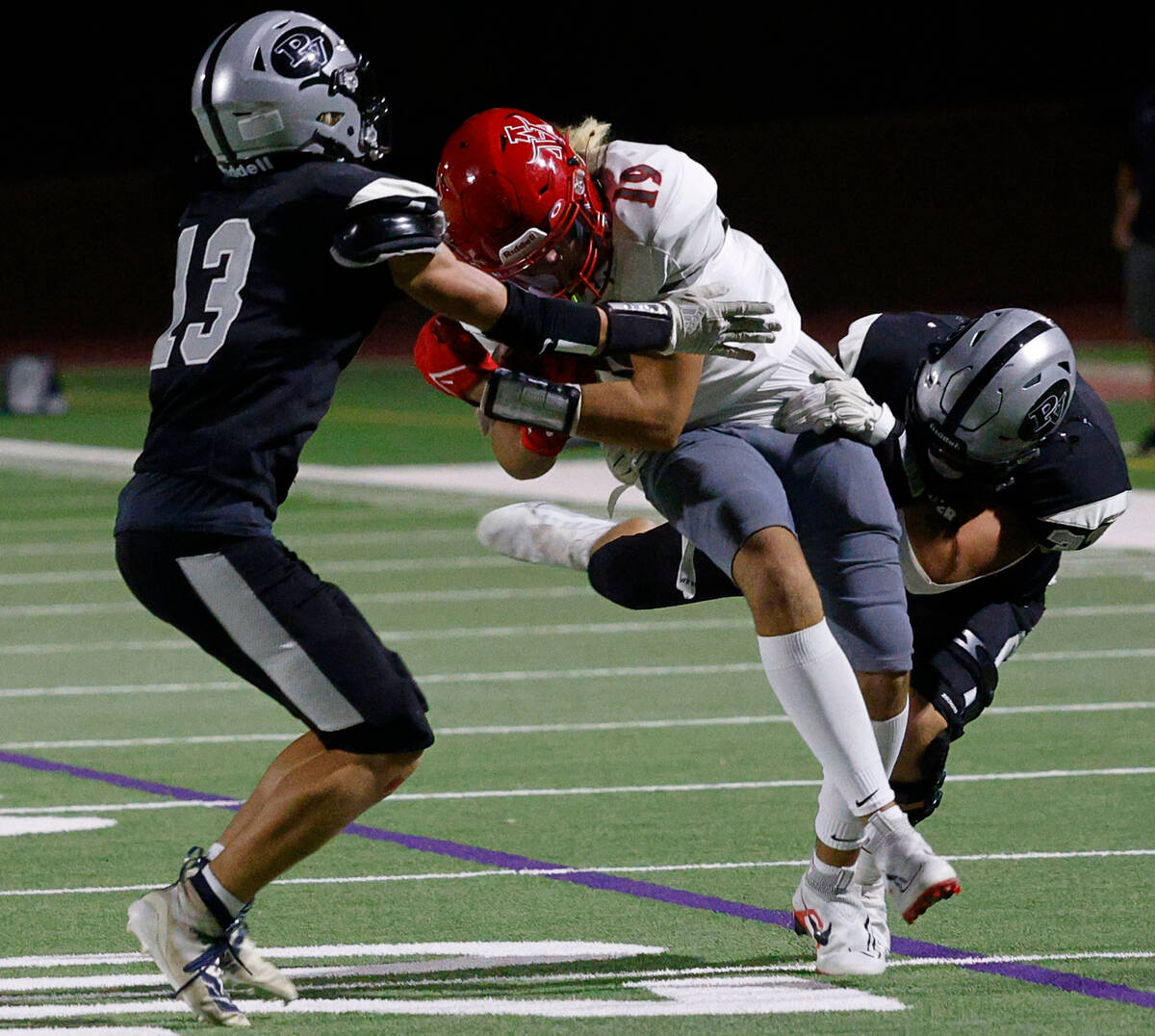 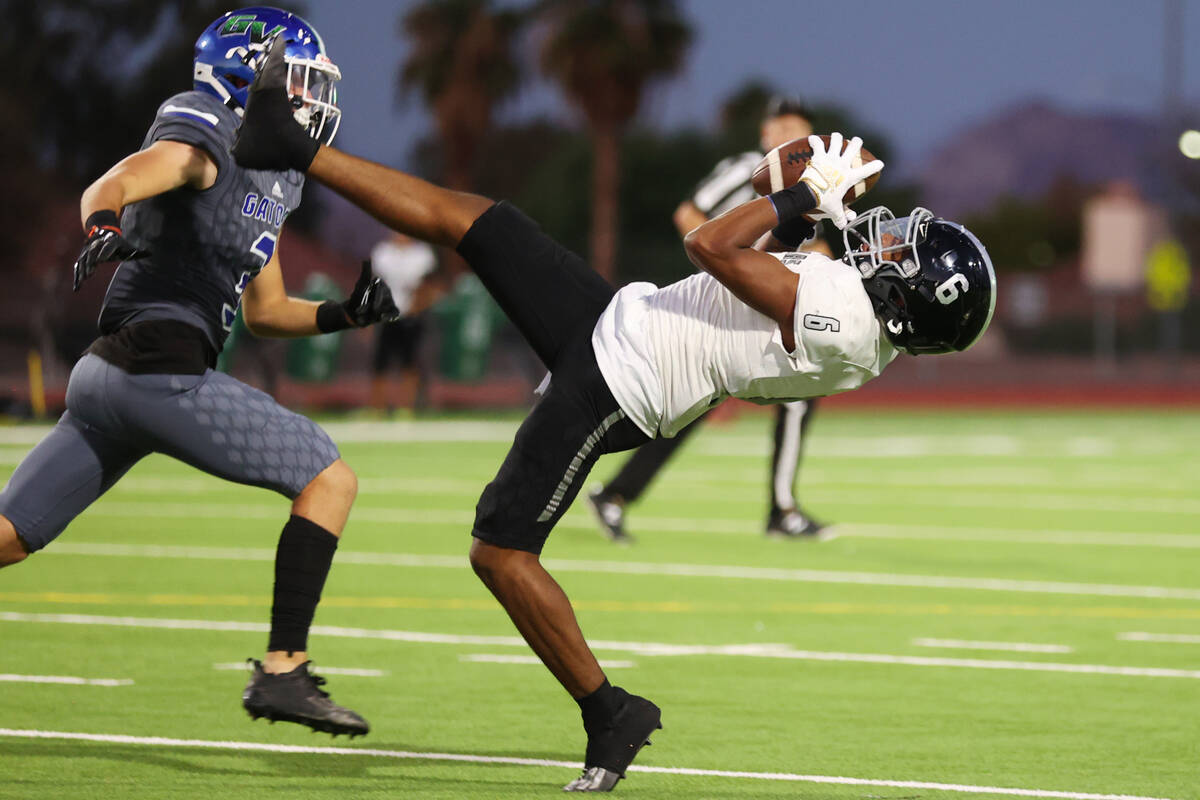 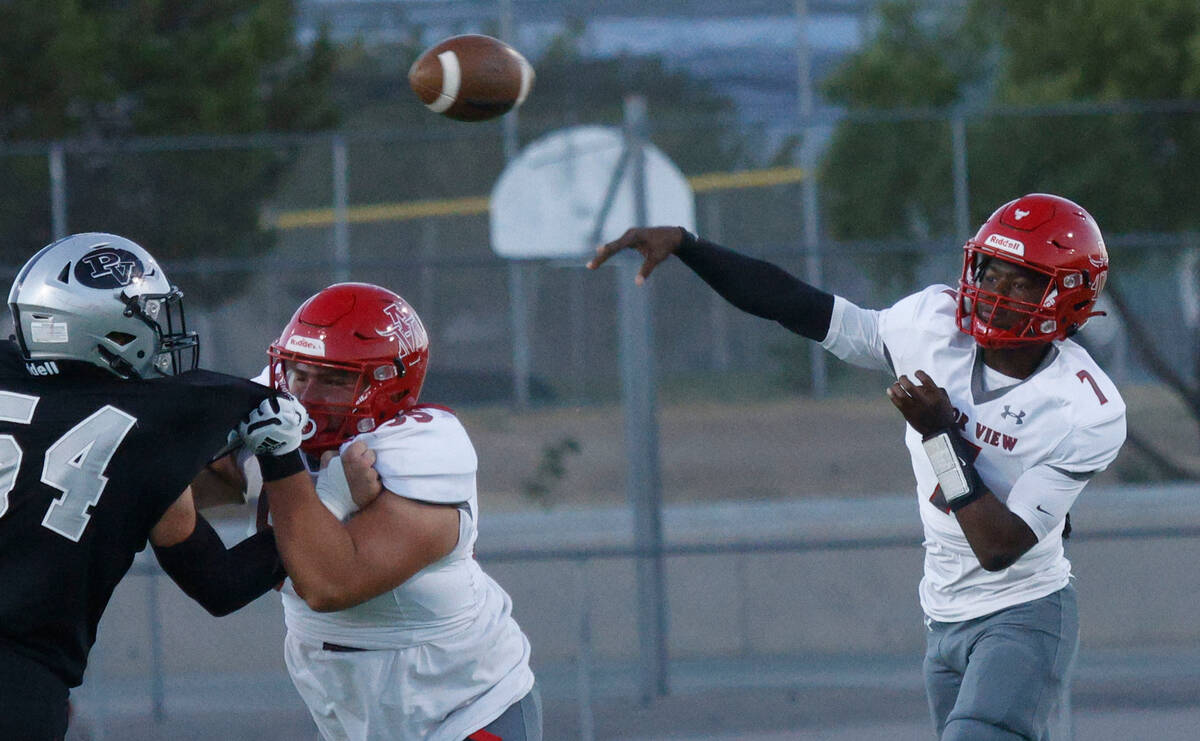 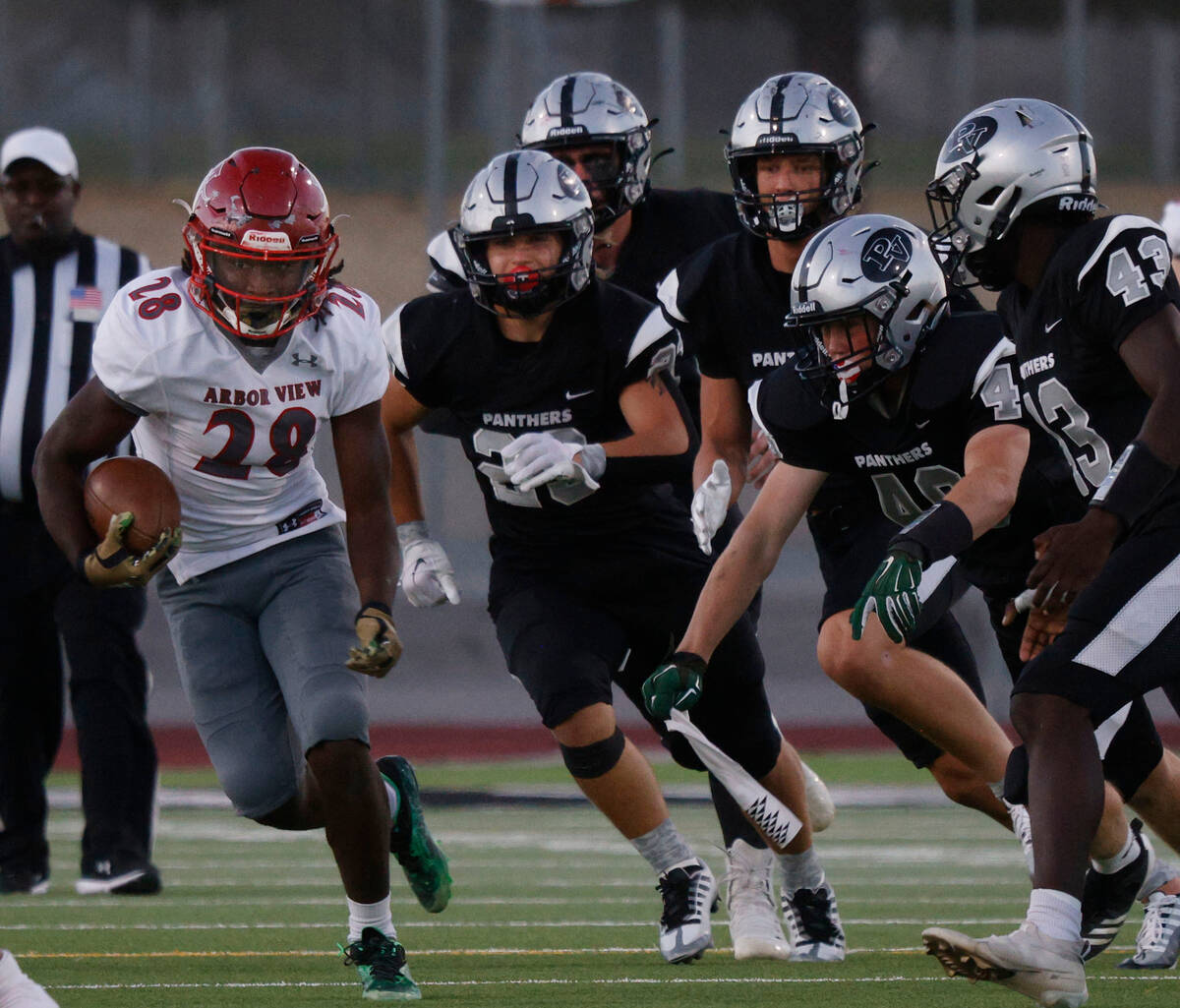 Palaie Faoa and Jaylon Edmond returned interceptions for touchdowns, and the defense recorded a safety in a 58-0 victory at Canyon Springs. The Gaels nearly returned a fumble for a TD as well.

“The defense played lights out,” Gorman coach Brent Browner said. “They really stifled the offense, so that was amazing watching those guys play.”

Special teams also made a big contribution when Elijah Palmer returned a punt for a touchdown.

The Gaels, of course, also got the job done offensively.

Gorman (6-1, 2-0 Class 5A Desert League) continued its elite play, keeping the same focus against Canyon Springs (2-4, 1-1) it had against a strong nonconference schedule and last week’s league opener against Arbor View.

This was the Gaels’ third shutout in four games, and they scored at least 45 points in all of them.

“The coaches are doing a good job getting the kids ready every week,” Browner said. “We preach to them, ‘We’ve been working at this craft a long time. Don’t play anything but what you guys are capable of playing.’ ”

The total points eclipsed the previous high, set last week in a 65-0 victory over Chaparral. This also was Silverado’s highest-scoring game since it beat Desert Oasis 76-20 on Oct. 22 of last season.

What’s especially impressive is Silverado (6-0, 2-0 Class 4A Desert League) did this without standout Donavyn Pellot, who injured his ankle against Chaparral. Coach Andy Ostolaza said Pellot, who recently committed to UCLA, would be back next week.

The Skyhawks had plenty of firepower against Cimarron (1-5, 1-1). Brandon Tunnell completed 9 of 15 passes for 150 yards and a TD, and he also rushed for a score.

Silverado also made some big plays defensively, with Shyne Johnson intercepting two passes and returning one for a TD. Chris Federico and Jayland McGlothen each had multiple sacks.

■ Liberty 56, Centennial 14 — At Centennial, the Patriots scored four touchdowns in the second quarter to take a 42-6 halftine lead.

This was the third victory in a row for Liberty (4-3, 2-0 Class 5A Mountain League), which opened league play with a 41-6 victory over Faith Lutheran a week ago.

“I felt like we did a good job of kind of picking up where we left off last week offensively,” Liberty coach Rich Muraco said. “They did a good job of mixing the run and the pass, so it was a good performance.”

Coloma’s one completion — he passed just three times — also went for a TD, with JaQuieze Holland taking the slant pass that was batted down for 75 yards to the end zone. Holland also ran for 70 yards and a touchdown.

Tanner McDonald returned an interception for a touchdown.

The Pirates (7-0, 2-0) continued to roll in Class 3A Desert League play. They opened the league with a 45-7 victory over Rancho a week ago.

■ The Meadows 42, Lincoln County 0 — At The Meadows, Sean Gosse completed 14 of 21 passes for 179 and three touchdowns to lead the Mustangs.

The Meadows (7-0, 4-0 Class 2A Southern League) continued its domination this season. Its closest game was an 11-point victory over a San Diego school.

Not only did the Mustangs win in convincing fashion, they also handed Lincoln County (4-1, 2-1) its first loss.

You can find all of Friday’s football scores here.