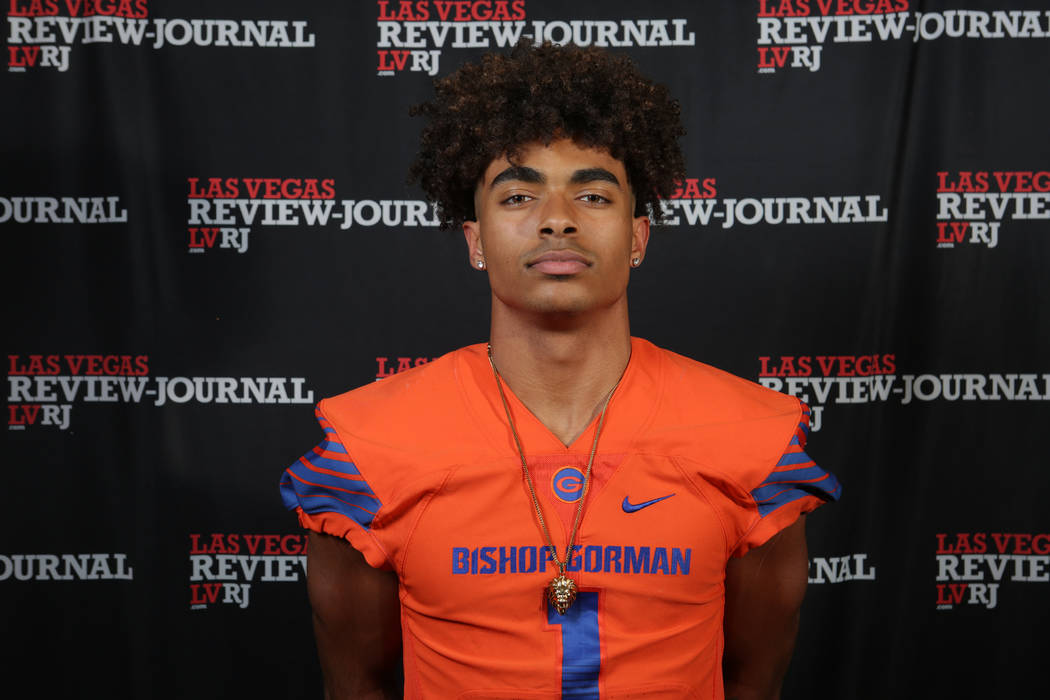 HIGHLAND, Utah — Micah Bowens threw for two touchdowns and ran for another, and Bishop Gorman closed its nonleague slate with a 28-21 win over Lone Peak (Utah) on Saturday.

Both of Bowens’ scoring tosses went to Rome Odunze, including a 20-yarder in the fourth quarter that proved to be the game winner after Lone Peak had rallied from a 21-0 deficit to tie the score.

“We came out really well and played well on defense and offense,” Gorman coach Kenny Sanchez said. “Then all of a sudden we couldn’t get a first down. The defense was staying in there as much as we could, but they were on the field a lot.”

Cam Barfield started the scoring on a 2-yard touchdown run, Bowens scampered in from 6 yards out, and Odunze took a Bowens pass 94 yards for a score to put the Gaels (3-1) up 21-0 early in the second quarter.

The Knights (4-1) answered with a JD Neeleman touchdown pass to Trajan Hansen late in the first half. They added a Zac White rushing score from 3 yards early in the fourth quarter, and Luke Romney connected with Eli Cloward to tie the score.

“The only drive we put together other than early in the game was the last drive for a touchdown,” Sanchez said. “I don’t think we played well at all offensively, but I was proud of the kids for getting it done when they needed to. Lone Peak is a good team and very well coached, but we have to understand we’re pretty good ourselves and have to put teams away.”

Faith Lutheran (0-3) scored on a 71-yard pass from Riley Schwartz to Peyton Thornton late in the first quarter.