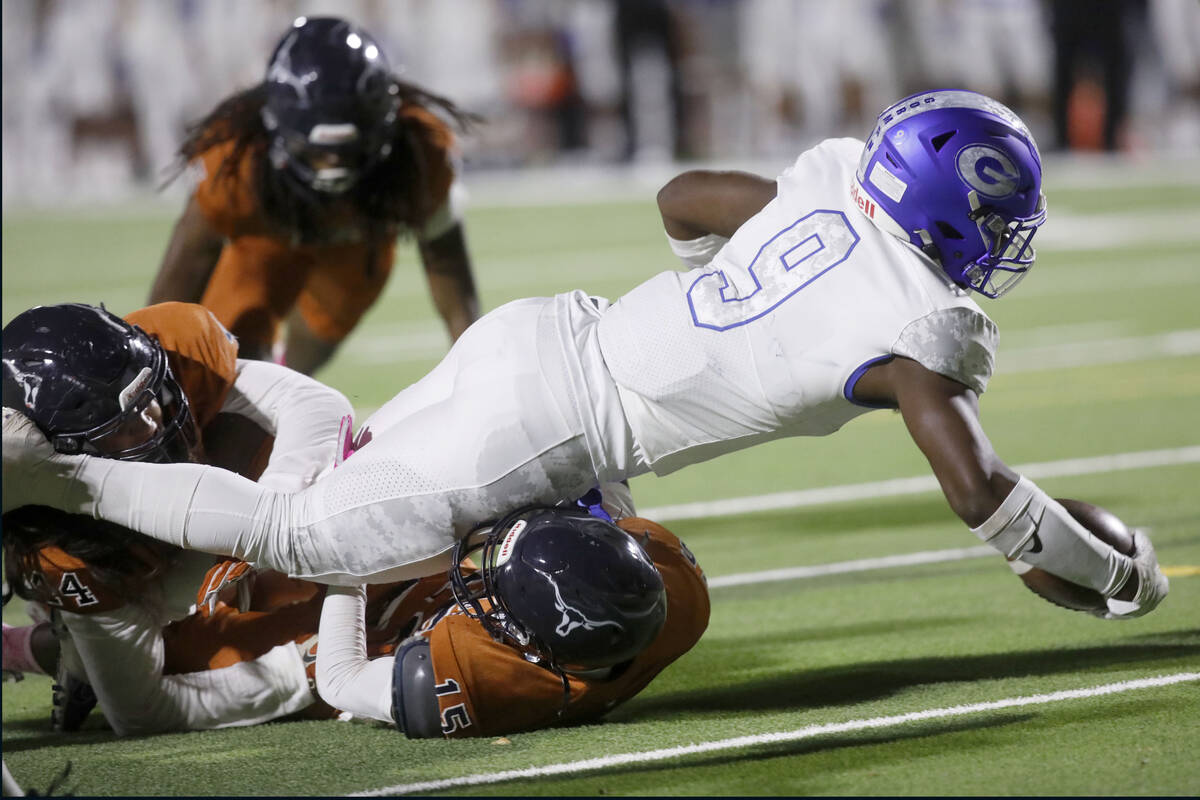 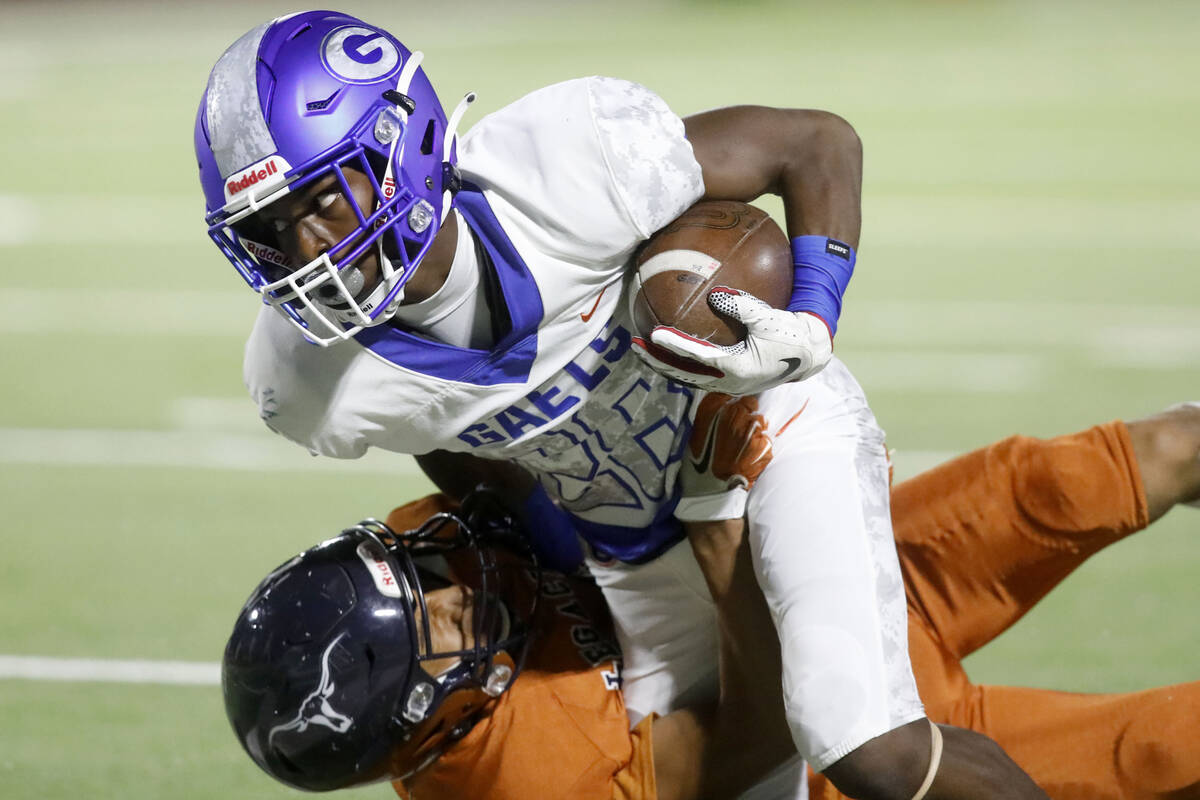 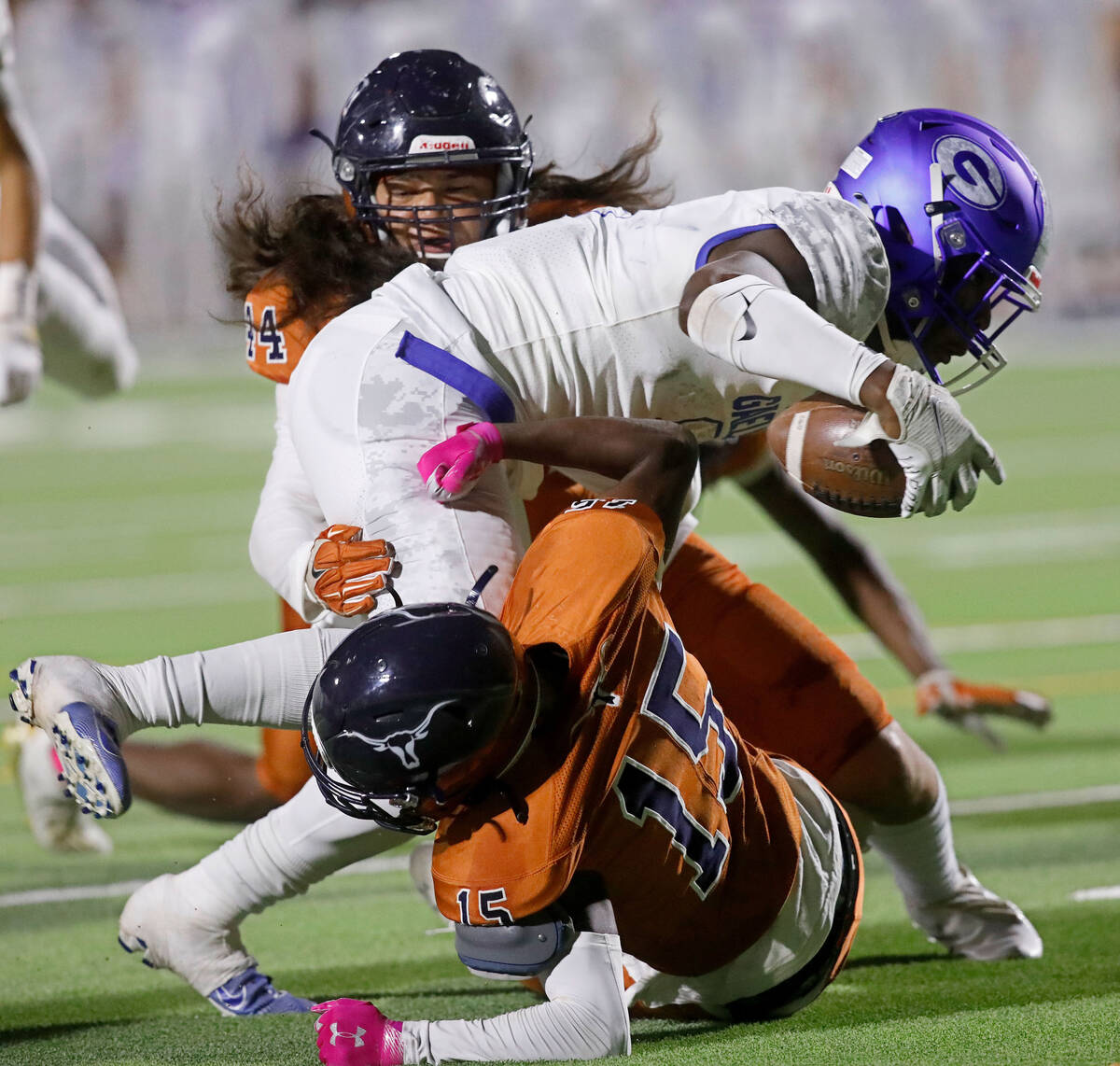 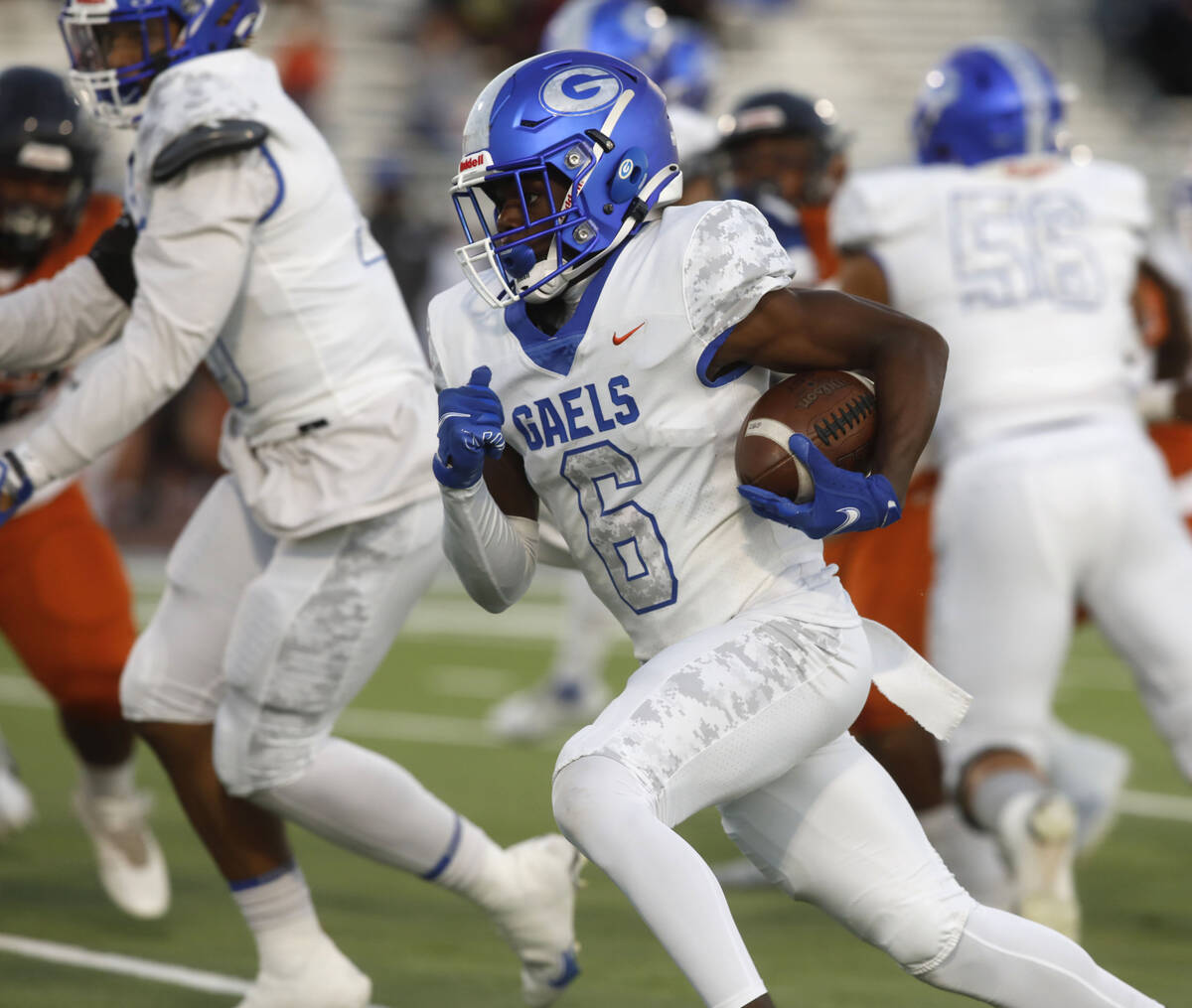 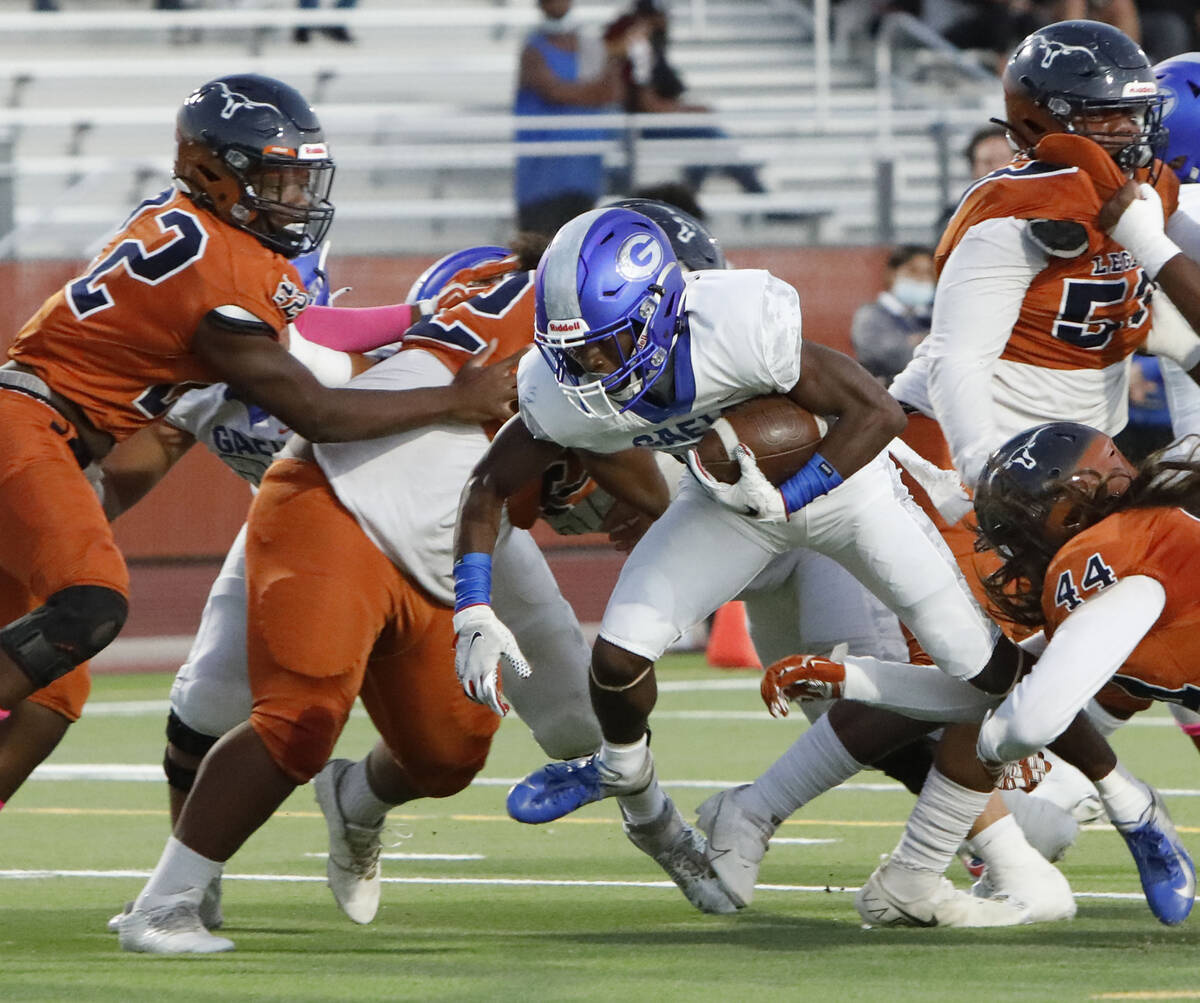 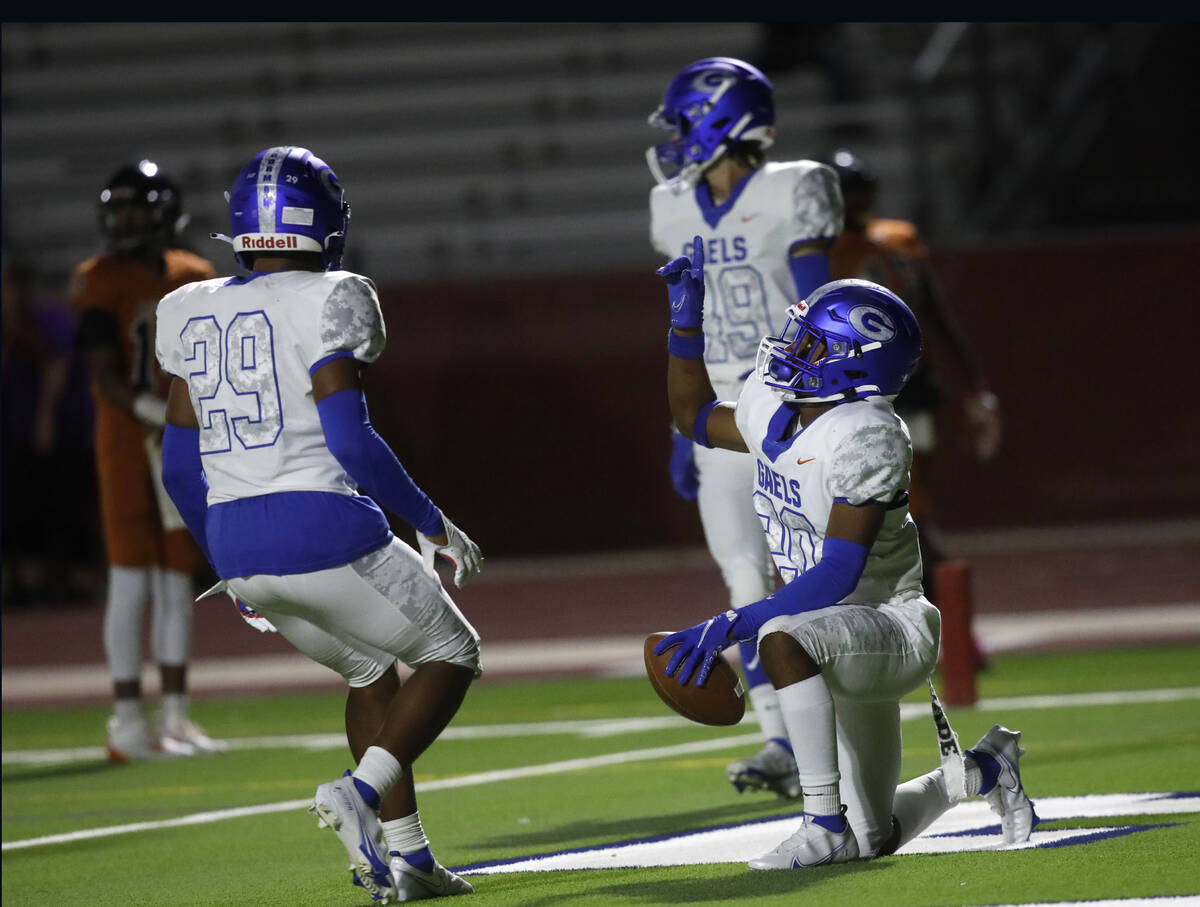 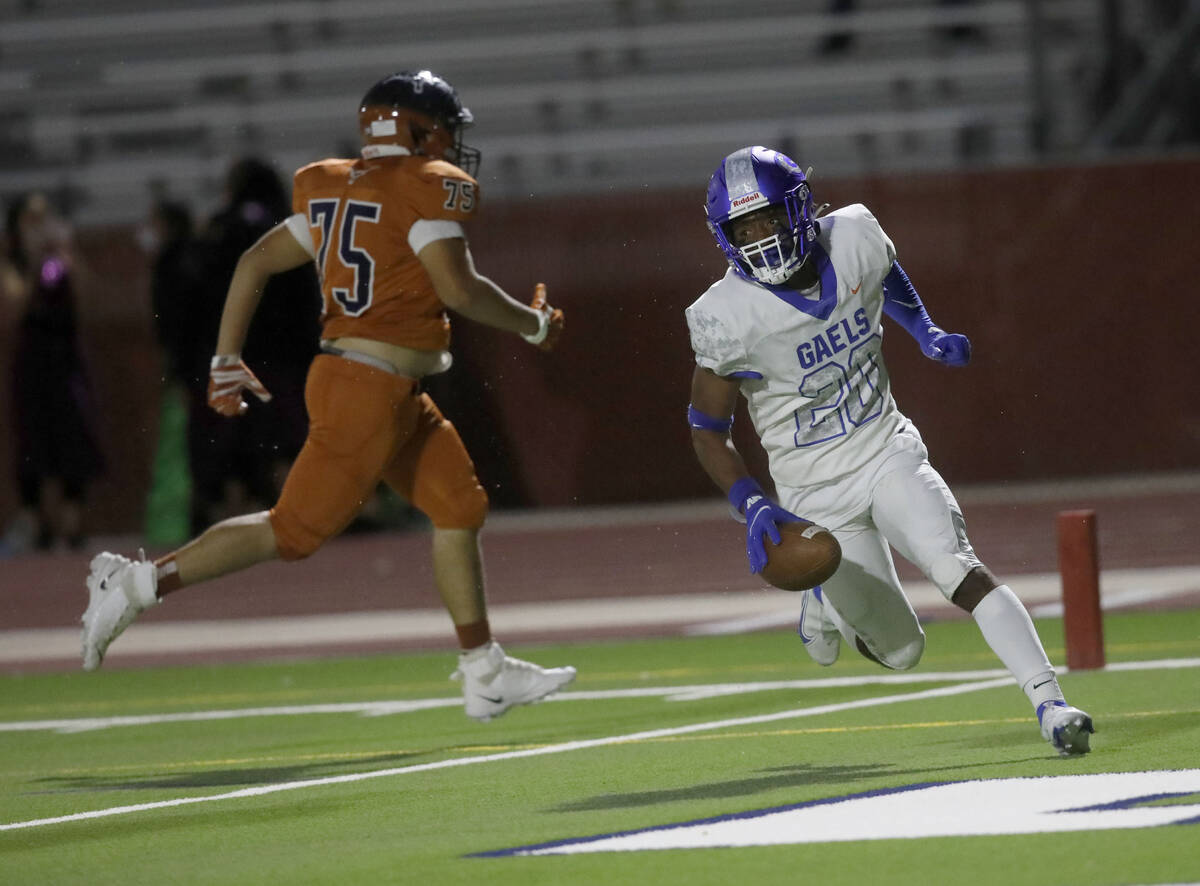 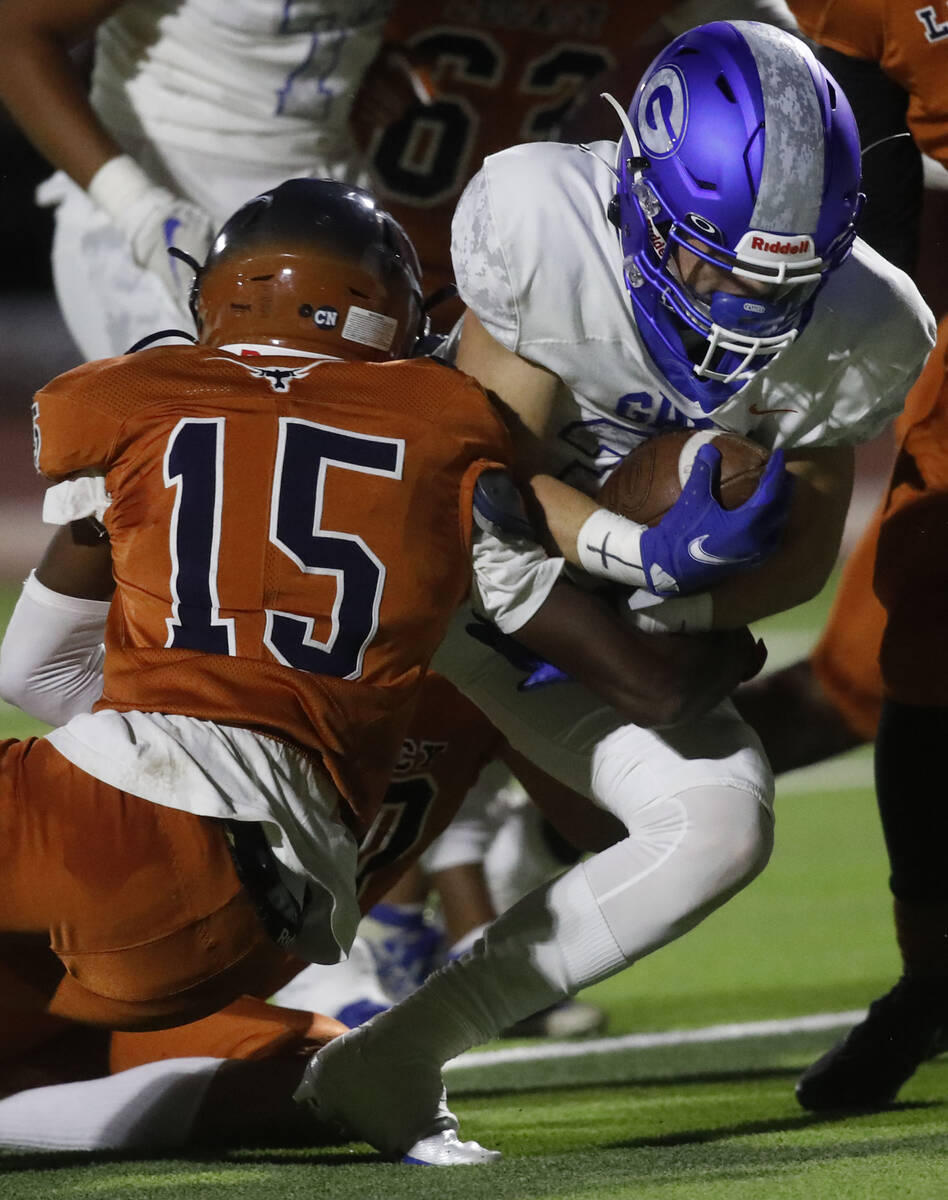 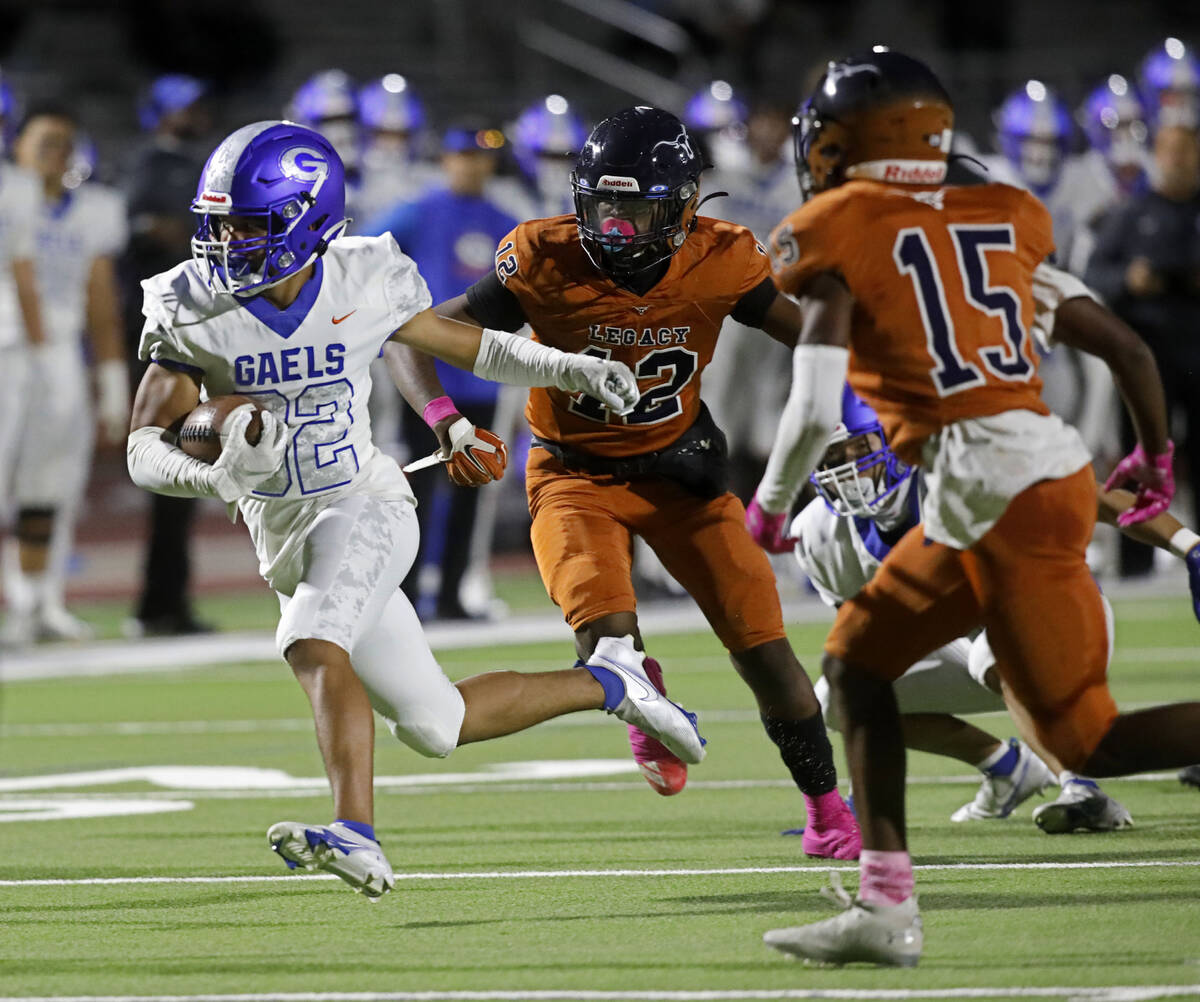 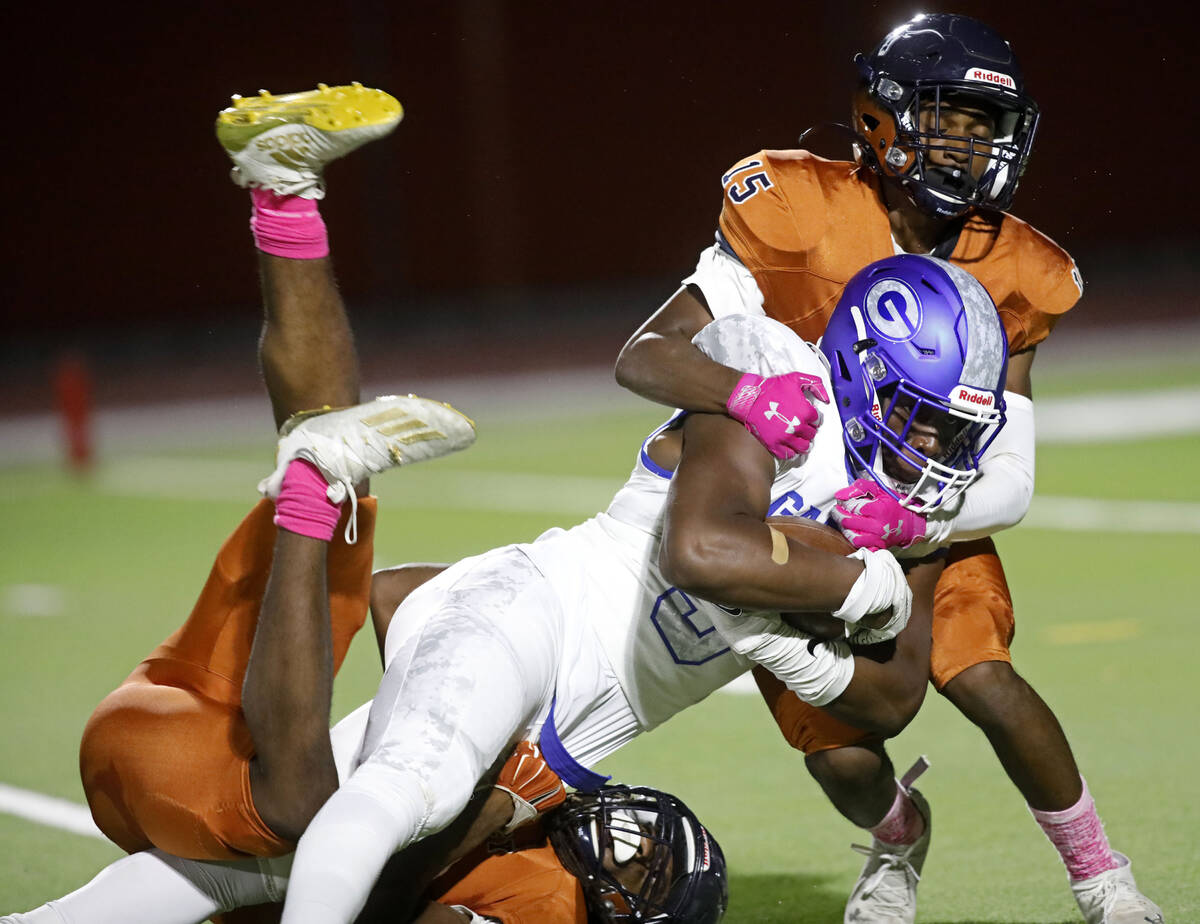 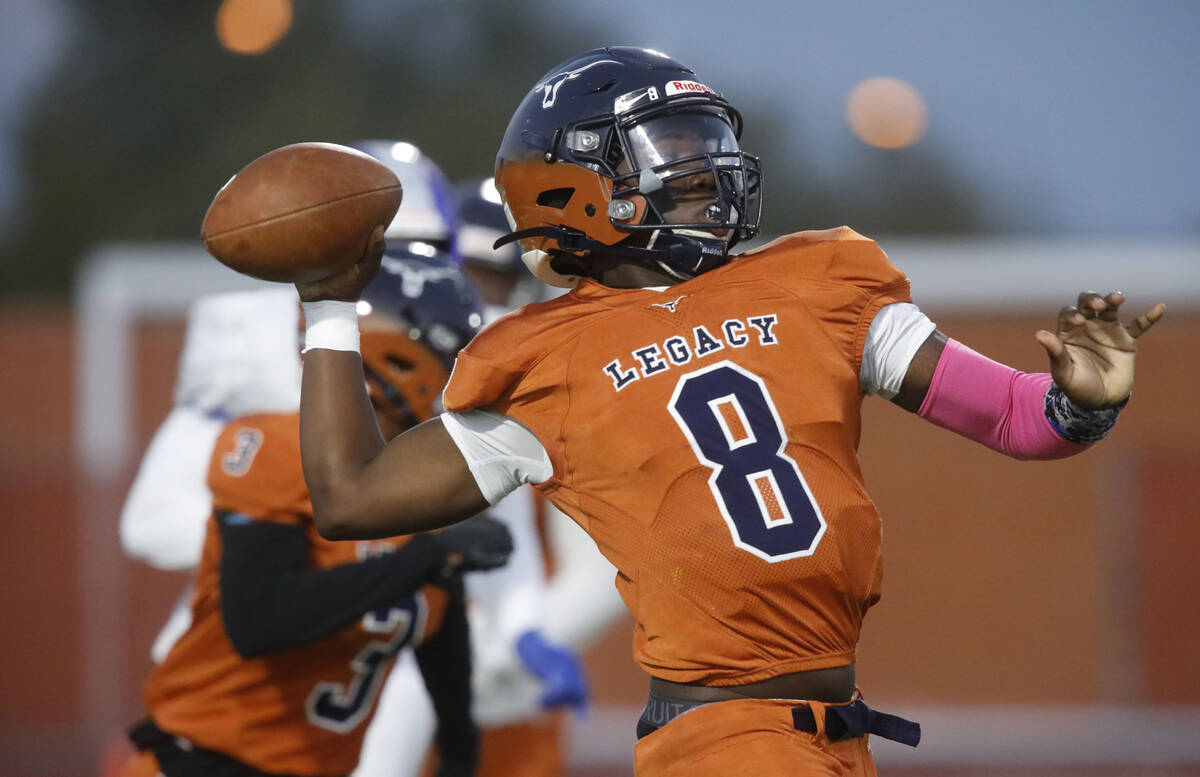 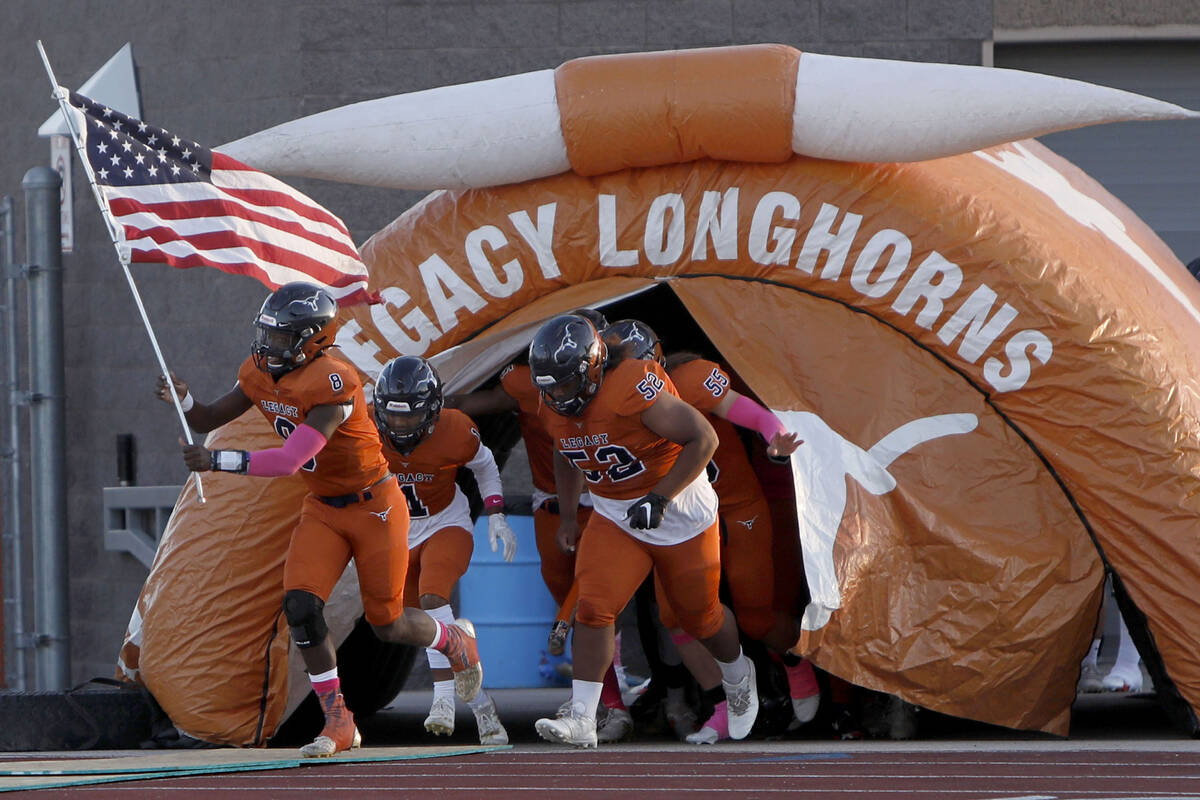 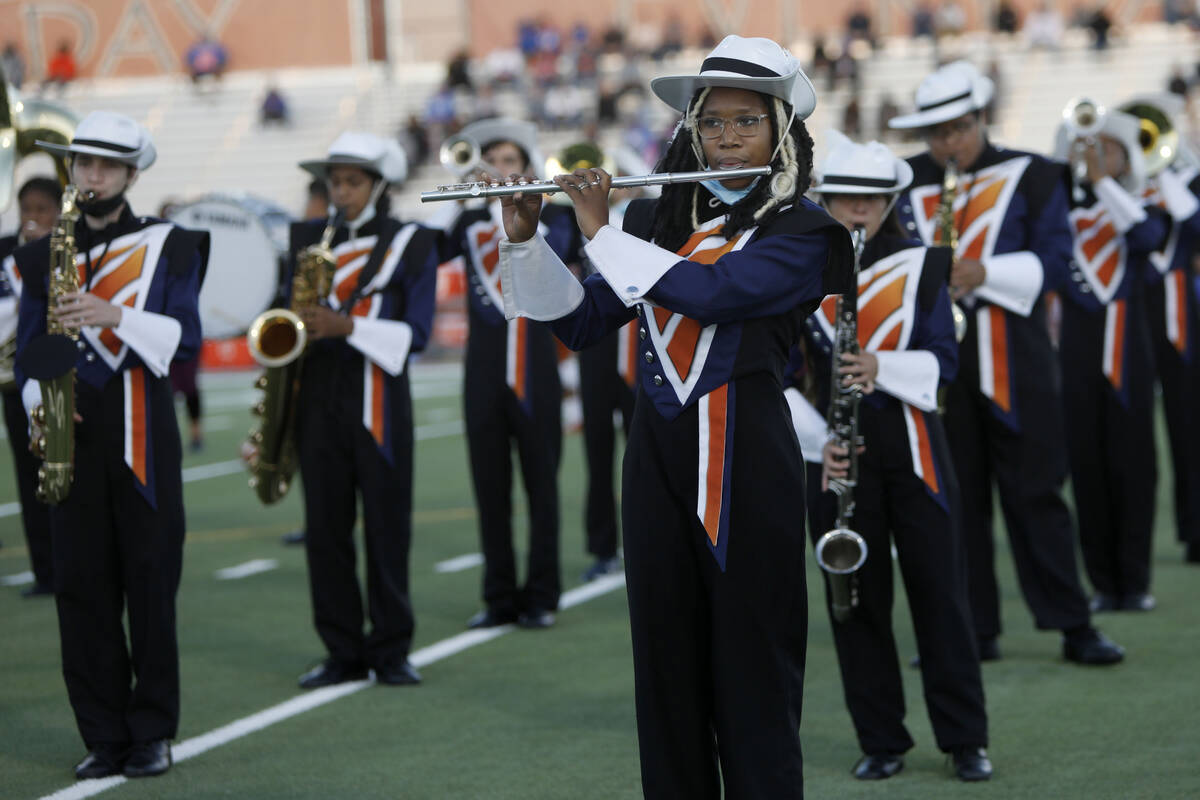 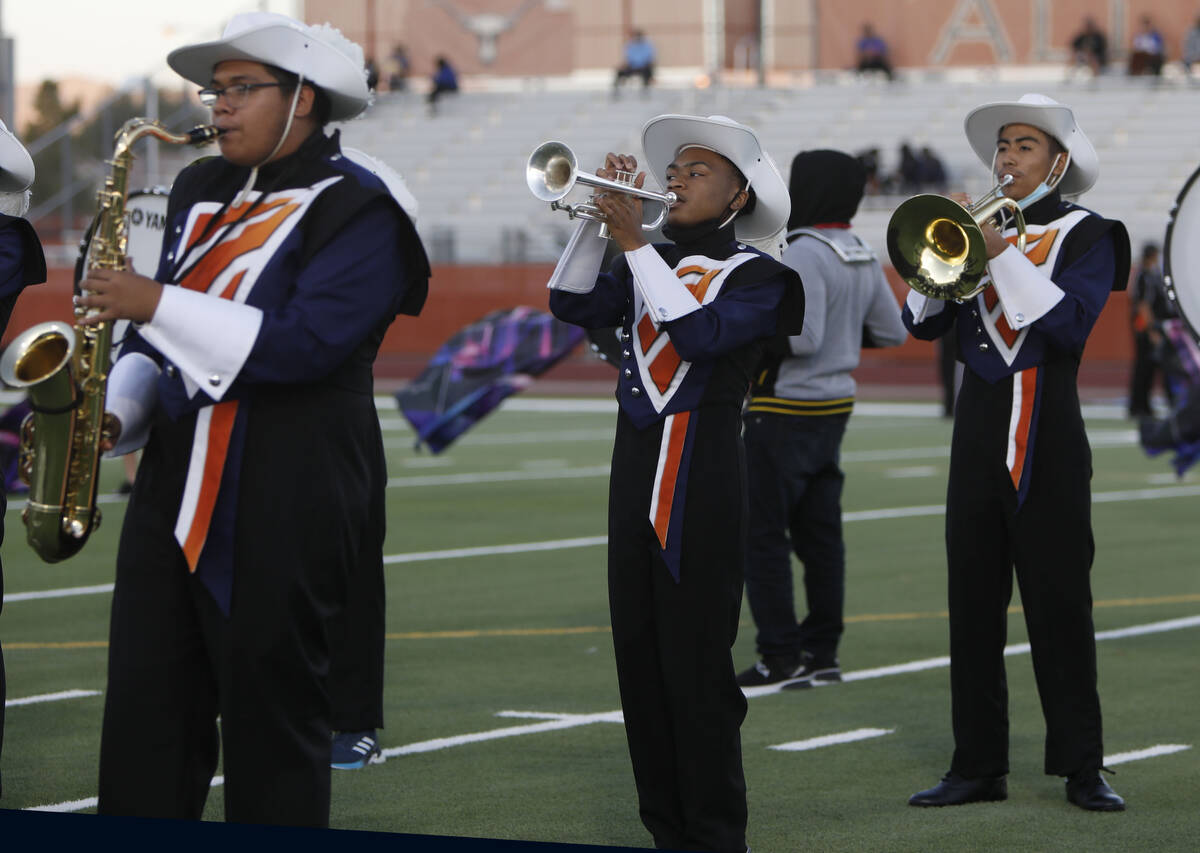 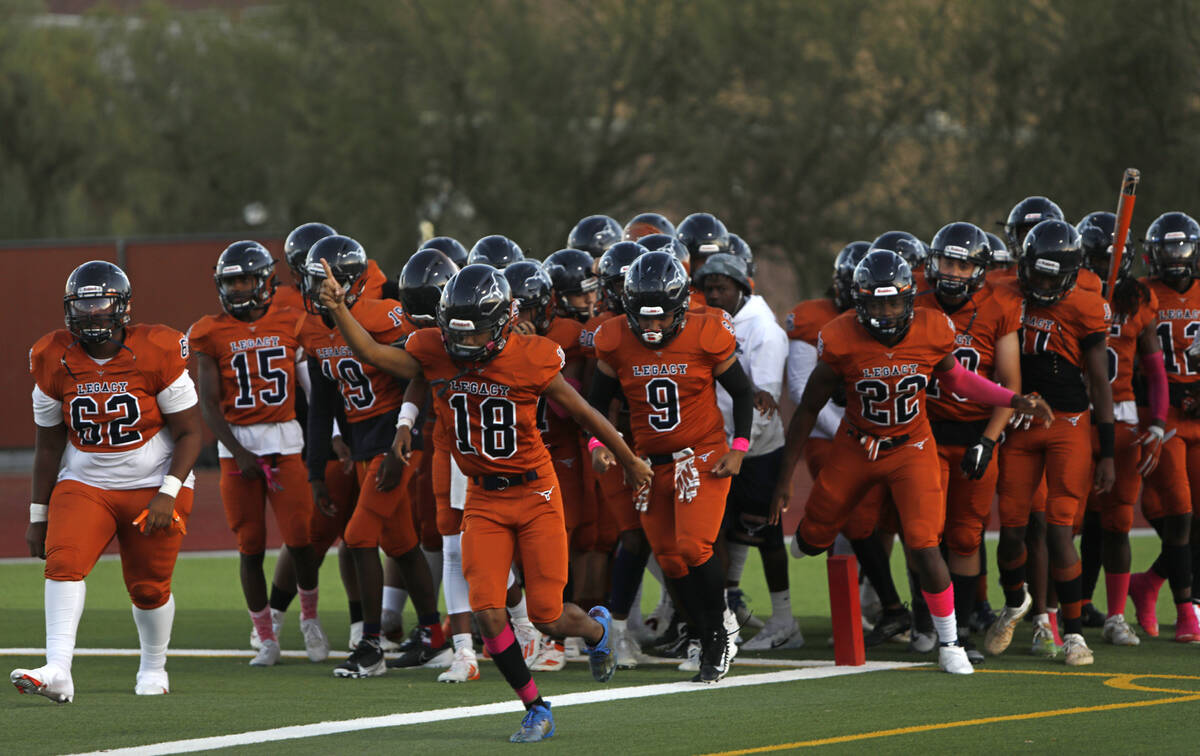 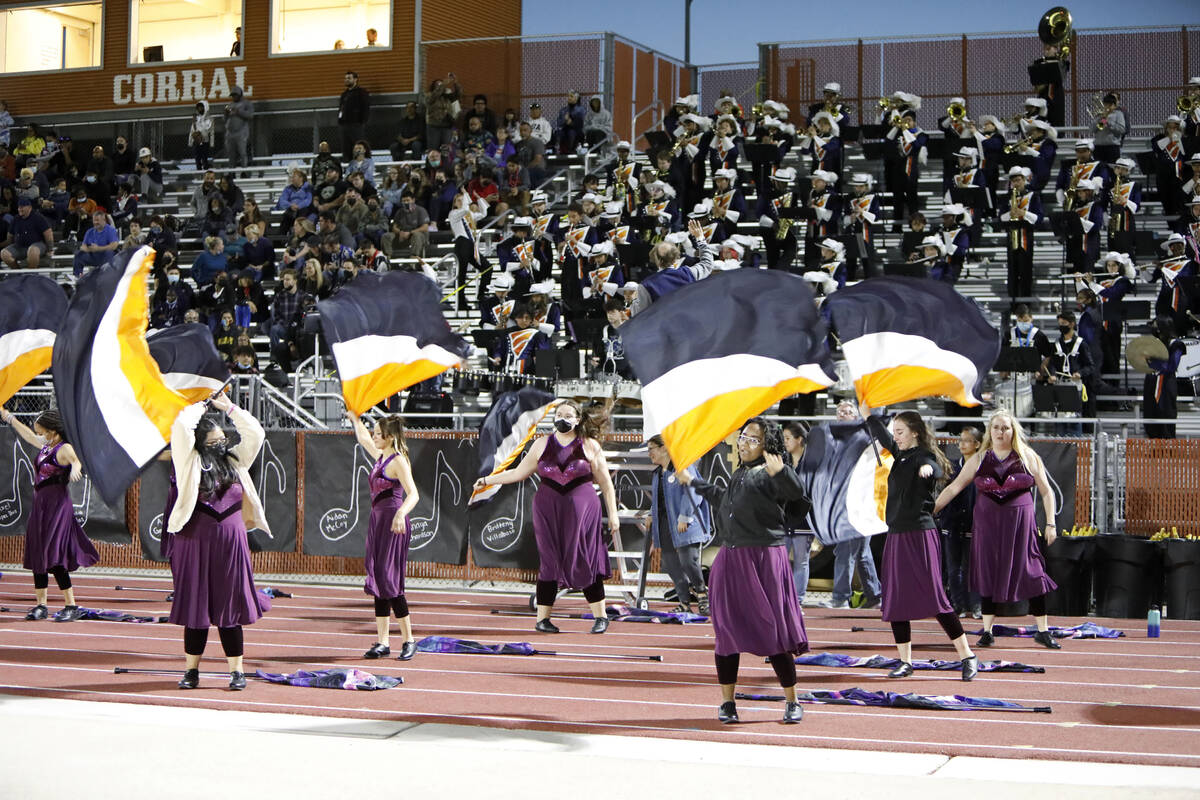 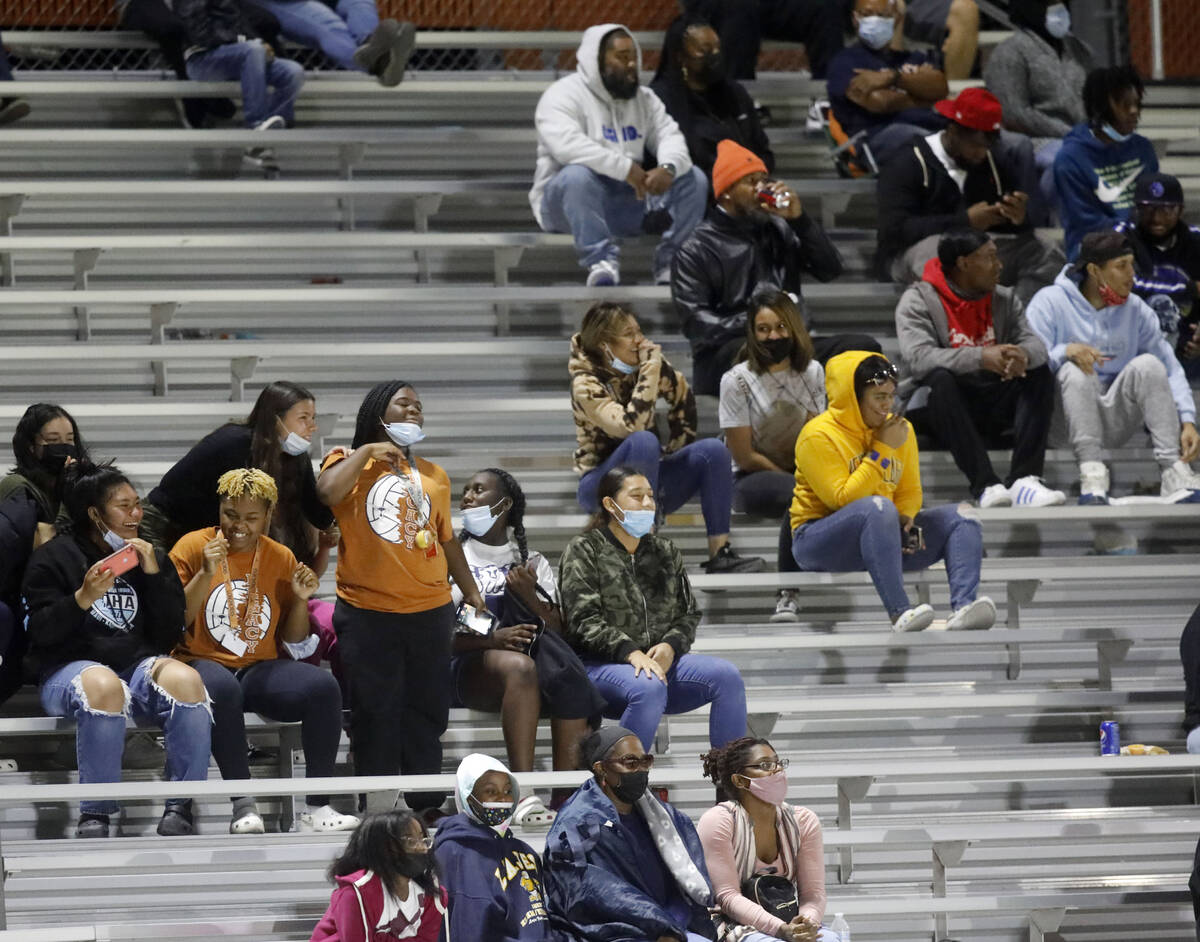 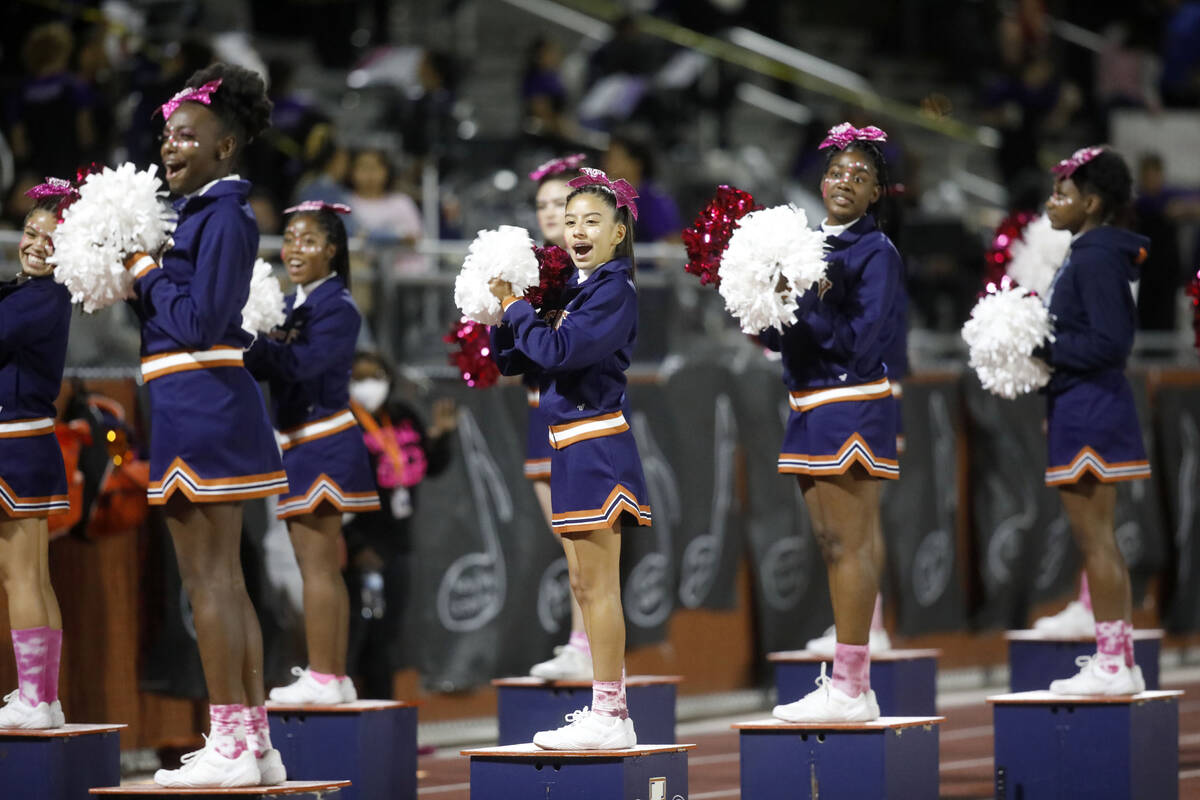 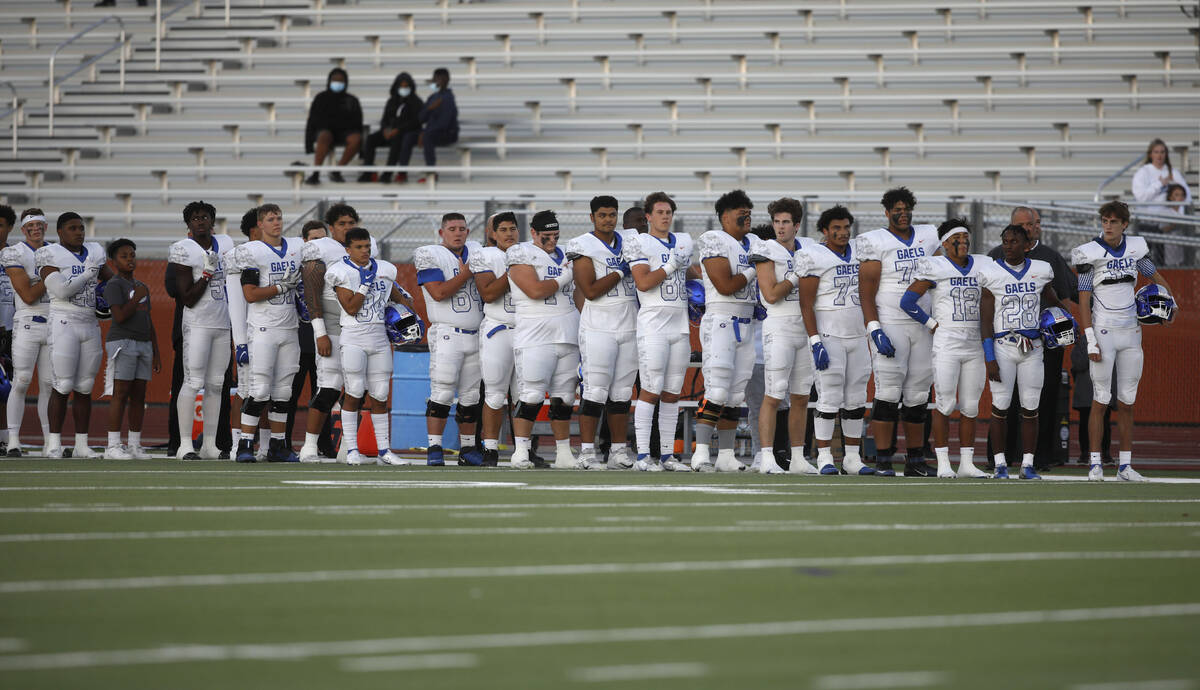 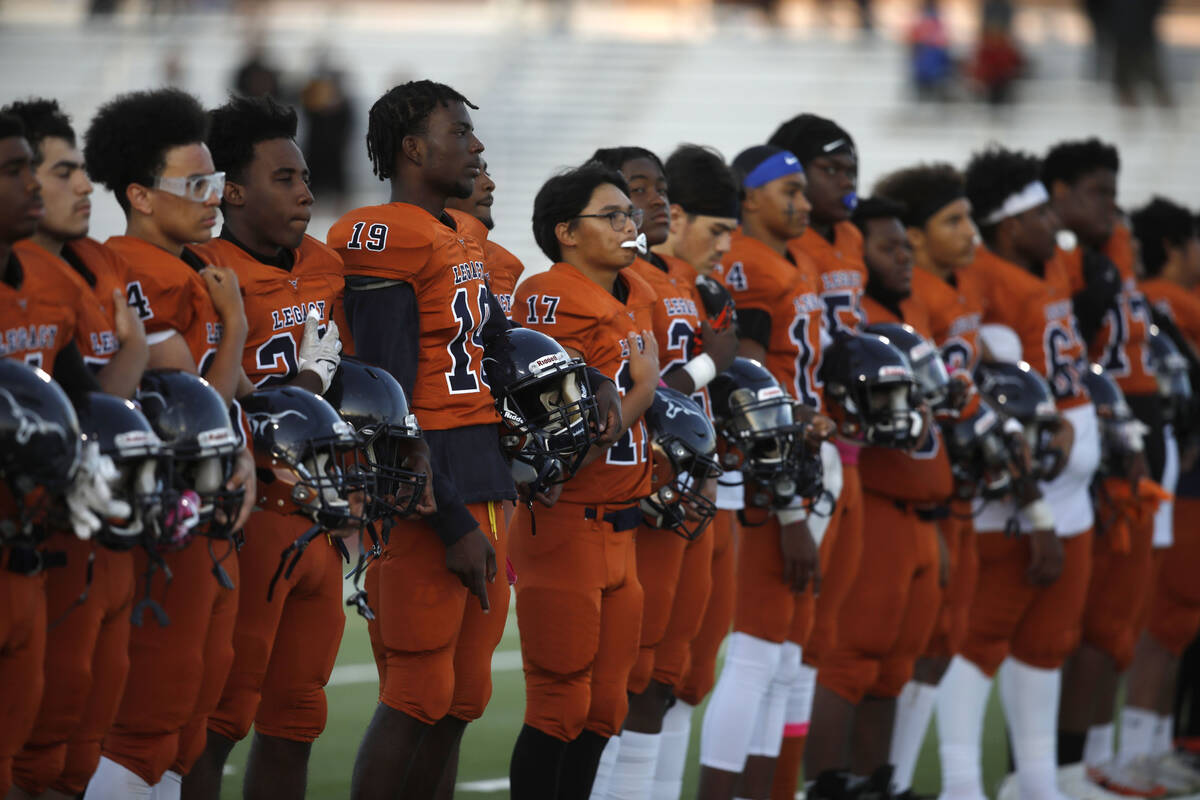 Bishop Gorman shut out its third straight opponent by 50 or more points, rolling past Legacy 62-0 on Friday night.

The visiting Gaels wasted no time on their first drive, with senior Jonathan Brady sprinting for a 33-yard touchdown on the team’s first play from scrimmage.

Brady scored two more touchdowns, pulling down an 18-yard pass from sophomore Micah Alejado, then catching a 5-yard pitch from Alejado and reaching across the goal line with a defender on his back.

Sophomore Elija Lofton added two TDs. The tight end ran for a 21-yard score in the first half and added a 19-yard TD in the second in which he dragged a number of defenders down the field.

Alejado and Lofton were in middle school the last time Gorman (6-1, 3-0 Class 5A Desert League) played a full season and had an immense impact against Legacy.

The massive defensive line also stood up for Gorman, holding Legacy (2-4, 1-2) to one first down — off a penalty — in the first half. The defense has not allowed an in-state opponent to score this season.

“We’re very tenacious. It’s a bunch of guys who have wanted to hit for the last two years,” Gorman coach Brent Browner said. “And it’s pretty scary being back there as a quarterback or a running back and having these guys finally get to do what they love to do.”

Penalties plagued the Gaels, with at least three touchdowns called back because of infractions. Although Gorman scored shortly after the negated TDs, Browner said penalties have been his team’s Achilles’ heel all season, including its Week 4 loss to Hamilton (Arizona) in which the Gaels gave up 18 points in the final 1:05 of a 25-24 defeat.

“The youth of our players and the emotional charge is really, really high,” Browner said. “They want to play, and they want to be good, and they want to finish blocks, and sometimes that emotion hurts us. So on nights like tonight, the score doesn’t really matter. We are trying to fix those things and be a great team instead of what the score plays.”

Senior linebacker Benjamin Hudson said the past two years of studying film and preparing away from the practice field has helped his team adjust to weeks where they only get on-field practices one or two days per week.

“We’re just really used to getting that mental rest,” Hudson said. “But we’re all happy to get back on the field, and you can really see the progress each and every week.”