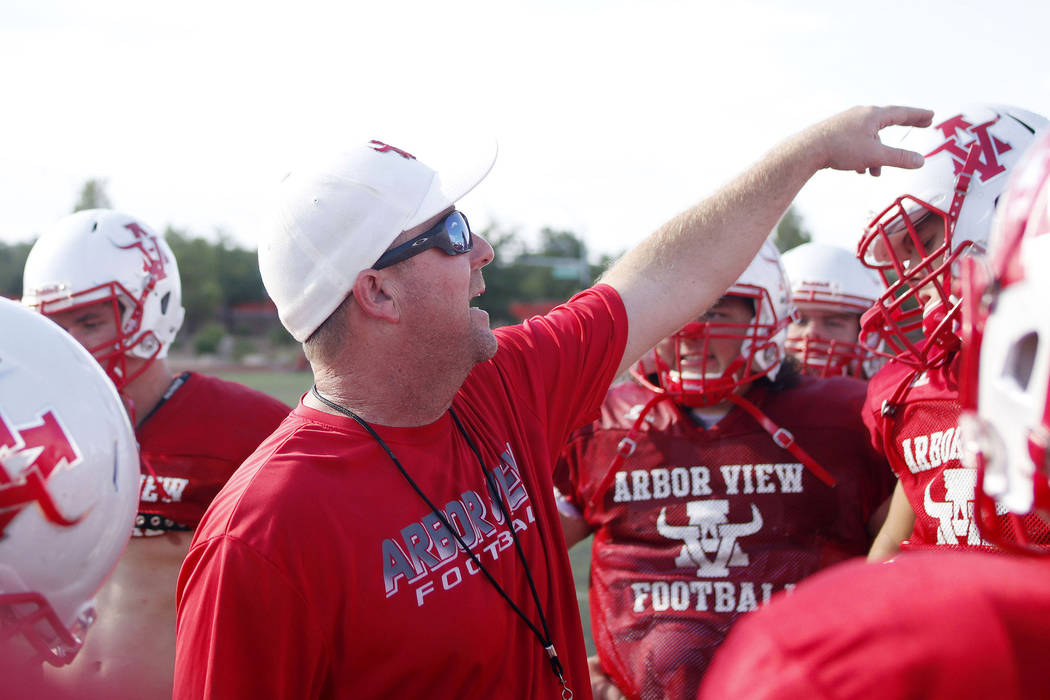 While Canyon Springs awaits its fate, Arbor View is getting ready for a game Friday.

Canyon Springs was forced to forfeit all its wins for this season after starting quarterback DJ Lewis-Bealer was ruled ineligible Monday. The Pioneers have filed an appeal, which will be heard Thursday.

Phone calls on Wednesday to Canyon Springs officials and coach Gus McNair seeking comment on whether the Pioneers have been practicing were not returned. NIAA assistant director Donnie Nelson said the team is allowed to practice during the appeal process.

“They should be practicing just in case,” Nelson said. “You never know what a hearing officer might decide.”

Arbor View, which lost to Canyon Springs 24-20 Friday in the Mountain Region quarterfinals, was placed back in the postseason after the forfeiture and is practicing this week. If the NIAA upholds the Clark County School District’s ruling, the Aggies will play at Desert Pines in the semifinals.

Aggies coach Matt Gerber acknowledged that his players have heard the outside noise stemming from the issue, but he’s trying to limit their exposure.

“We’ve talked to our kids,” Gerber said. “We’ve told our kids not to get wrapped up in what’s going on with social media and those kinds of things. But I’d be remiss if I didn’t say it’s been a crazy week. We’re trying to keep things as normal as possible, and I think we’ve done a good job of that.”

The hearing officer has 14 days to render a ruling, but the urgency of the timeline suggests a decision will be made quickly.

“Of course, it’s going to affect us, but we can’t worry about that because we have no control over it,” Gerber said. “However it goes, it goes, and we’ll go from there.”