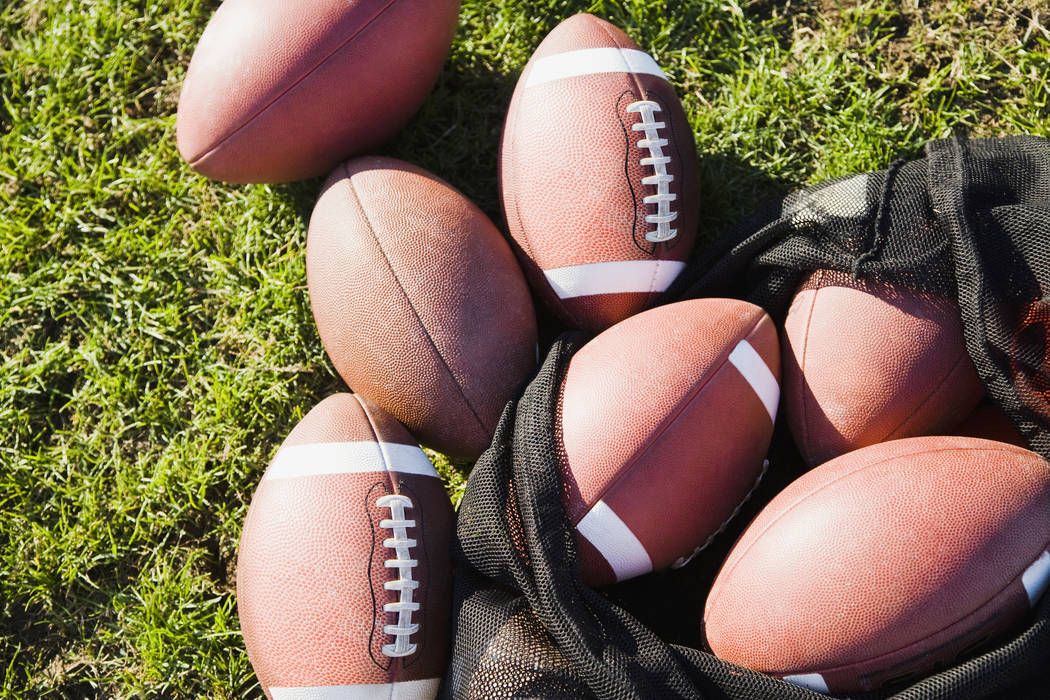 Between the last time Centennial snapped the ball in the first half and the first time it did so in the second, its offense could only watch as a 14-point lead evaporated.

Legacy executed a nearly flawless two-minute drill, then took the ball out of halftime and scored to level the game midway through the third quarter.

It took Centennial two plays to retake control. Tyrone McCoy caught a pass from Colton Tenney and weaved his way to a 55-yard touchdown, and the Bulldogs held off the Longhorns 35-20 in the Mountain Region quarterfinals Friday night.

“We’re resilient. We’ve had some adversity through the season, with a close Palo Verde game, Arbor View game and up in Utah,” Centennial coach Dustin Forshee said. “We’ve played some close games, so we’re very cool and calm.”

Centennial advances to meet Palo Verde in the Mountain Region semfinals. The Bulldogs won a 50-36 shootout over the Panthers on Oct. 24.

Jordan Smith rushed for 226 yards and four touchdowns on 28 carries, and his 52-yard sprint to the end zone late in the third quarter restored the two-score lead for the Bulldogs (10-1) at 28-14.

Legacy (5-6) twice got as close as eight and got the ball back with a final chance, but its Hail Mary attempt on the final play fell well short and incomplete.

Evan Oleas threw for 346 yards and three touchdowns. Anthony Myles caught two of the scoring strikes and had 138 yards on 11 receptions, and Aaron Holloway had 127 yards on eight catches.

Myles’ first touchdown came on a 3-yard throwback pass from Oleas with three seconds left before halftime, and Oleas snuck in from a yard out to tie the game at 14.

The Longhorns were able to move the ball throughout the game, but they were stopped twice on fourth down early and turned it over twice in the second half. One of them was particularly costly, an Oleas pass that bounced off a receiver’s hands inside the Centennial 10-yard line and was picked off by Nate Conger.

“The No. 1 stat in the game was turnovers,” Legacy coach John Isola said. “This one off the chest (of the receiver) absolutely killed us. Then we’re driving again right after that, we get a 15-yard completion and put it on the ground. I’ve always believed that’s the thing you can’t overcome, especially if they’re already up 14.”

Tenney added 137 yards and a score on 8-for-14 passing for Centennial, but it was Smith’s night.

Smith scored on runs of 5 and 20 yards to push the Bulldogs to a 14-0 lead, and his 52- and 58-yard sprints to the end zone kept Legacy from having a real chance with the ball down one score. Not bad for somebody who didn’t know if he would play after sustaining a knee injury last week.

“I’m feeling pretty good,” Smith said. “My parents and I were going back and forth all week. It felt good to come out here with my teammates and secure a good win.”