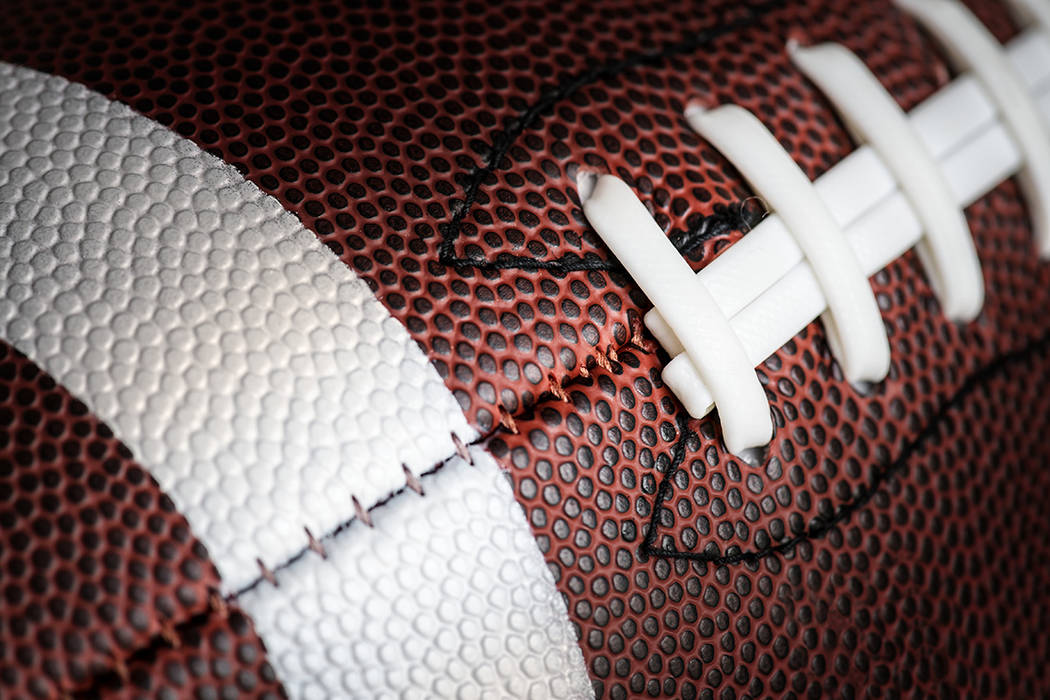 It has been a crazy football season for the Clark Chargers.

First, without a home field, Clark has had to play away from its campus, including Thursday’s Southwest League clash against Desert Oasis at Bonanza.

Also Thursday, the Chargers were without their head coach, Ricky Pickens, due to a previous engagement.

If that wasn’t enough, it appeared Clark was leaving Bonanza with a loss, down by six with 31 seconds left.

But Hollywood certainly couldn’t have come up with a better final act for the Chargers.

Clark drove 63 yards and cashed in when quarterback My’quel Johnson hit Latroy Howard for a 10-yard score with three seconds left, giving the Chargers a 49-48 victory.

“This feels great,” said Howard, who had eight catches for 174 yards. “We refuse to quit, and I knew we as seniors had to put the game on our back.”

And after Christian Vaughn’s 1-yard run which gave the Diamondbacks a 48-42 lead, it was the seniors who took center stage on Senior Night.

Johnson hit Howard for 15 yards on the first play on the game-winning drive. Without any timeouts, Clark raced to the line, and Johnson found a diving Howard for 38 yards to the Desert Oasis 10.

On the final play, Johnson scrambled and threw across the field to a wide-open Howard for the game winner.

“I had to make a play,” Howard said. “We wanted to show people what Clark football was all about, and tonight we did just that.”

Johnson and Howard certainly are the heroes on this night, but junior Kobe Mosley certainly did his job.

Desert Oasis (5-4, 2-3) had its normal gameplan, using Vaughn as the offensive workhorse. Vaughn finished with 307 yards on 39 carries and scored twice. Quarterback Tyler Stott completed 11 of 22 passes for 176 yards and four TDs.

Johnson finished 10-of-24 for 230 yards and three scores for Clark.