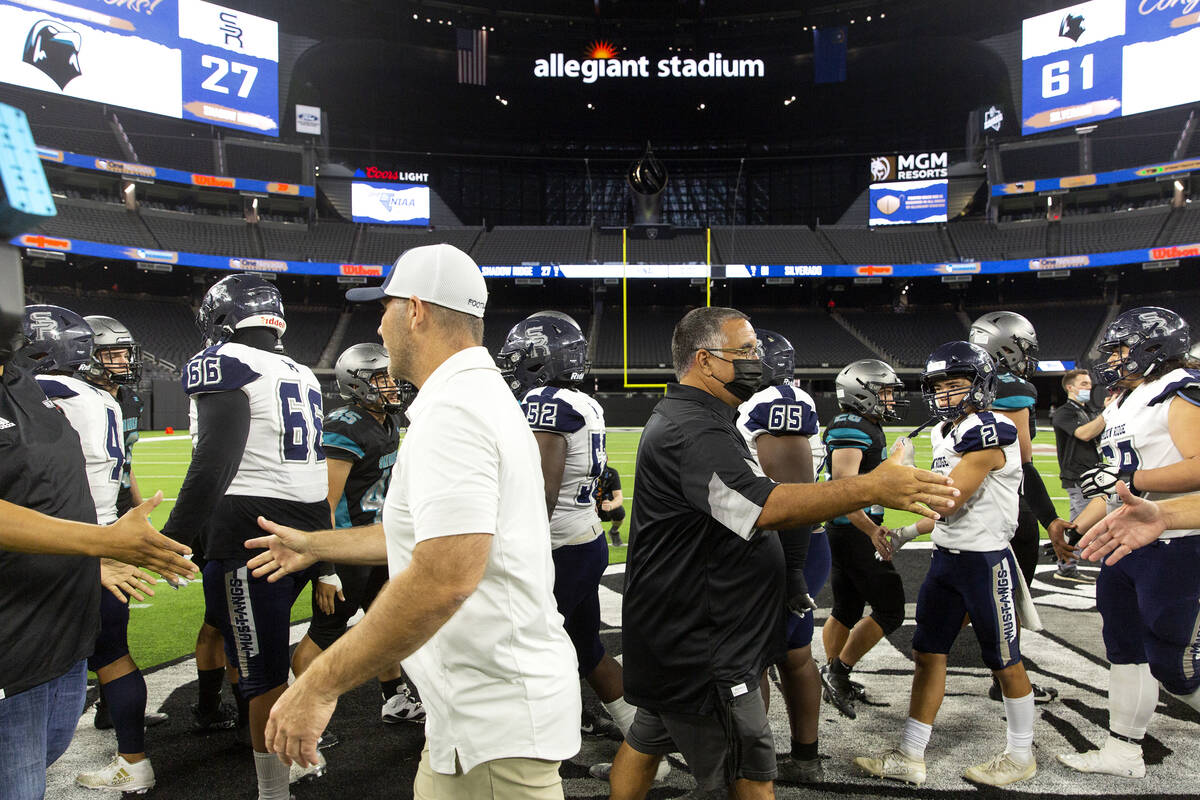 Ever since the Nevada Interscholastic Activities Association created a new Class 4A, Silverado football coach Andy Ostolaza has been repeating the same refrain.

“Everybody in 4A has a chance to win it,” Ostolaza said. “By far, 4A has the most parity of out of all the leagues, so every coach should think they have a chance coming in.”

But Ostolaza doesn’t expect a repeat of that performance. It’s not that he doubts his team’s ability; it’s that he expects a number of teams that were young last season to be better.

“People will look at us where we have a lot of talented kids coming back,” Ostolaza said. “But for a lot of teams, their best players were underclassmen. A lot of the games are going to be a lot tougher. You ask any coach to give you a top five, and everybody is going to give you a different answer.”

That’s what the 4A coaches were hoping for when the new classification was created, consisting of 17 teams from the Clark County School District.

“It’s what we were asking for, for a long time,” Spring Valley coach Marcus Teal said. “The NIAA and CCSD got together and got it right when they separated us and created a new 5A division. It gave a lot of 4A teams renewed vigor knowing they have a chance to bring home a championship, some for the first time and others for the first time in a long time.”

While many of the 4A coaches agree with the assessment that the top five could change throughout the season, there’s no doubt Silverado is the favorite again.

“Everything starts and ends with Silverado,” said Shadow Ridge coach Travis Foster, whose Mustangs fell to Silverado 61-27 in the 4A state championship game. “They’ve earned that. They’re bringing back a ton of kids with a lot of talent.”

Should Silverado slip, there are plenty of other teams capable of winning the state title.

Shadow Ridge has most of its playmakers back, and defending Mountain League champion Las Vegas appears to be loaded with speed and strength.

Coronado played Silverado as tough as anybody else the first time they met and led entering the fourth quarter. The Cougars also beat Shadow Ridge and won the Sky League title. If their offense comes together, they should be in the mix again.

“Every year is a different year, but we beat some pretty good teams last year and had a very talented team,” Coronado coach Fred Biletnikoff Jr. said.

But it’s not only the top-tier teams from last year that are confident. Teams such as Sierra Vista, Spring Valley and Cimarron-Memorial, who finished in the middle of their leagues, were among the teams whose best players were underclassmen.

“The pack is even in chasing Silverado and Shadow Ridge,” Teal said. “Maybe somebody can surprise and challenge those top two teams. It’s going to be exciting to see how it plays out.”