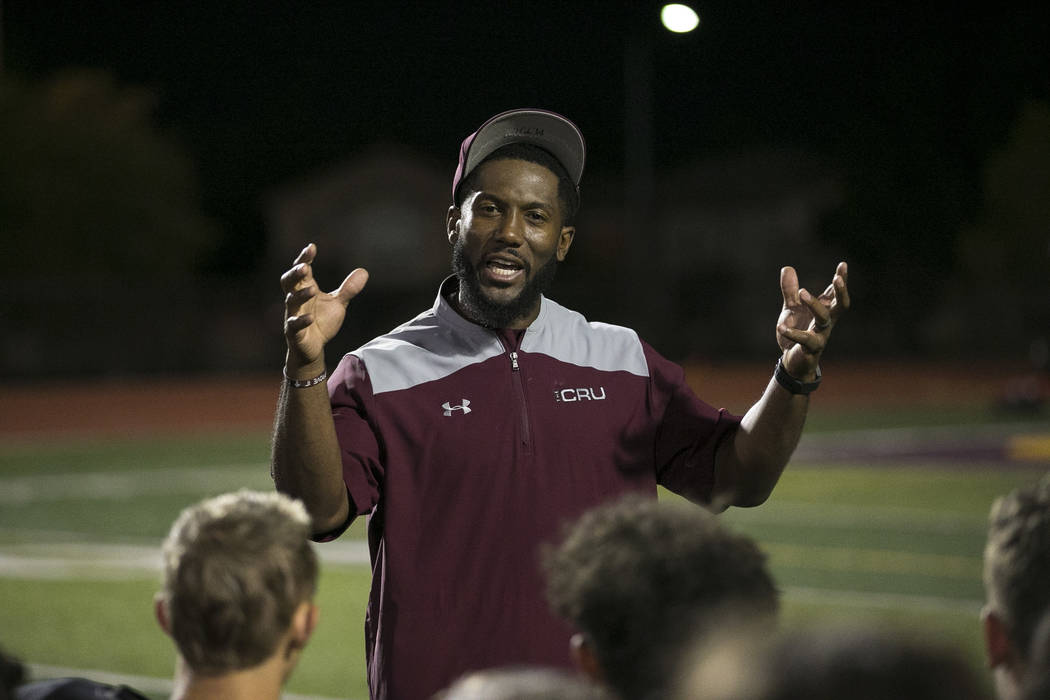 There were positive signs early for Faith Lutheran on Saturday.

The Crusaders moved the ball on a 17-play drive to open the game, and they scored on a 6-yard pass from Grant Wood to Quenton Rice on their second possession.

But the good vibes soon left, as Saguaro (Arizona) scored 28 points in the second half and finished with 42 consecutive points in a 49-6 victory Saturday in the Polynesian Football Classic at Bishop Gorman High.

“I feel like we started the game well, but the message echoes that I told the team. Any boxing match is 12 rounds, so if you come out and win the first two but lose the next 10, it’s not going to work,” Faith Lutheran coach Vernon Fox said. “We have to find a mode of consistency where we can play that same type of game for an extended period of time.”

Tyler Beverett threw for 298 yards and four touchdowns for the Sabercats (2-1), two of which went to Matt Polk for 33 and 50 yards. Shawn Miller’s only catch went for a 65-yard touchdown, and Brandt Goodwin added a 54-yard catch for a score.

After the Sabercats stopped the Crusaders’ opening drive by batting down a Grant Wood pass on fourth down, they went 90 yards in nine plays. Polk caught a screen pass, avoided a tackler and headed for the end zone.

On several of Saguaro’s big plays, the Crusaders had a defender in position to make a tackle and limit the gain.

“There were some times we struggled tacking,” Fox said. “I’d hate to see what the run after catch was this game because they broke a lot of tackles and made a lot of big plays off it. Then just some busted coverages, some guys wide open, and those are some things we can’t do against a good team or you’ll get buried quick.”

Amani El-Nawal was the leading passer for the Crusaders (0-2) after a 40-yard completion on a halfback pass. He tried a second pass that was off target and probably would have gone for a touchdown, as Faith Lutheran used a few trick plays to try to offset the aggressive Saguaro defense.

Wood led Faith Lutheran with 43 yards rushing and 36 passing, with one interception.

“We saw some things we could expose and take advantage of,” Fox said. “You’ve got to capitalize on it every time. You can’t afford to have one missed opportunity, and those are some things we want to put on film. In the end, it’s a learning experience, but it’s not good enough.”