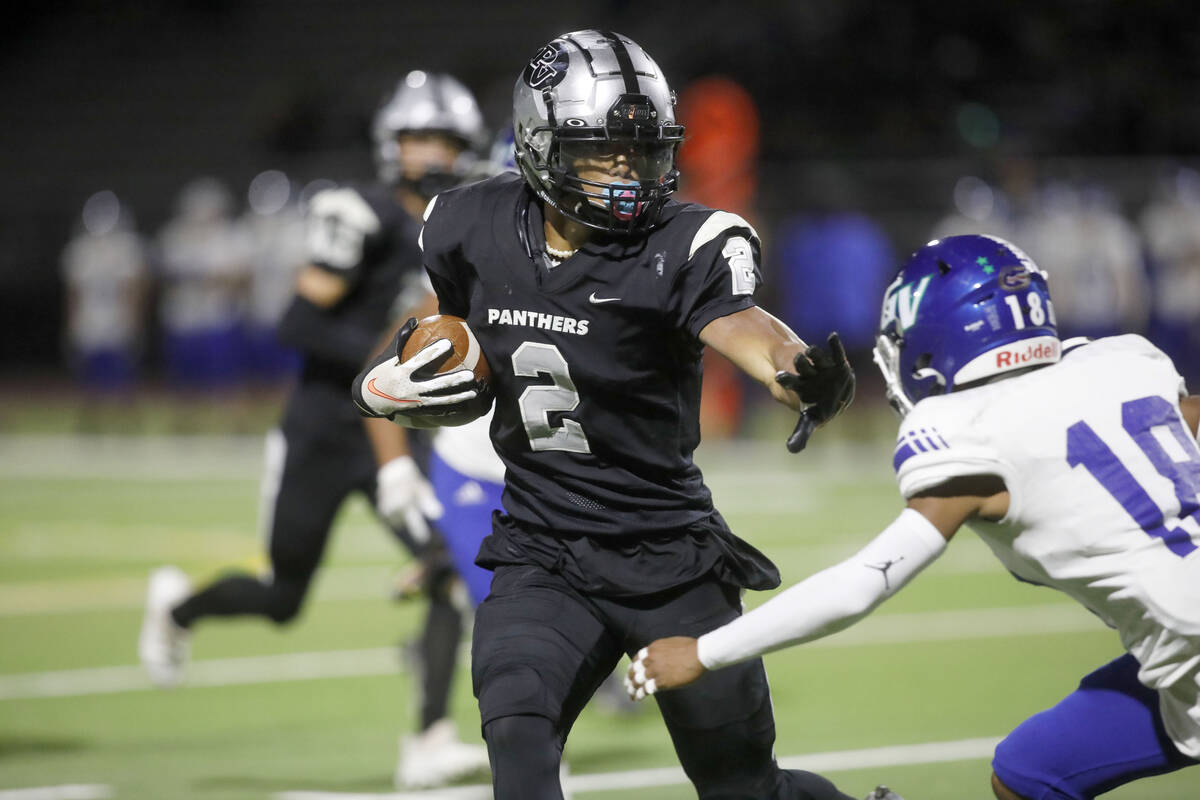 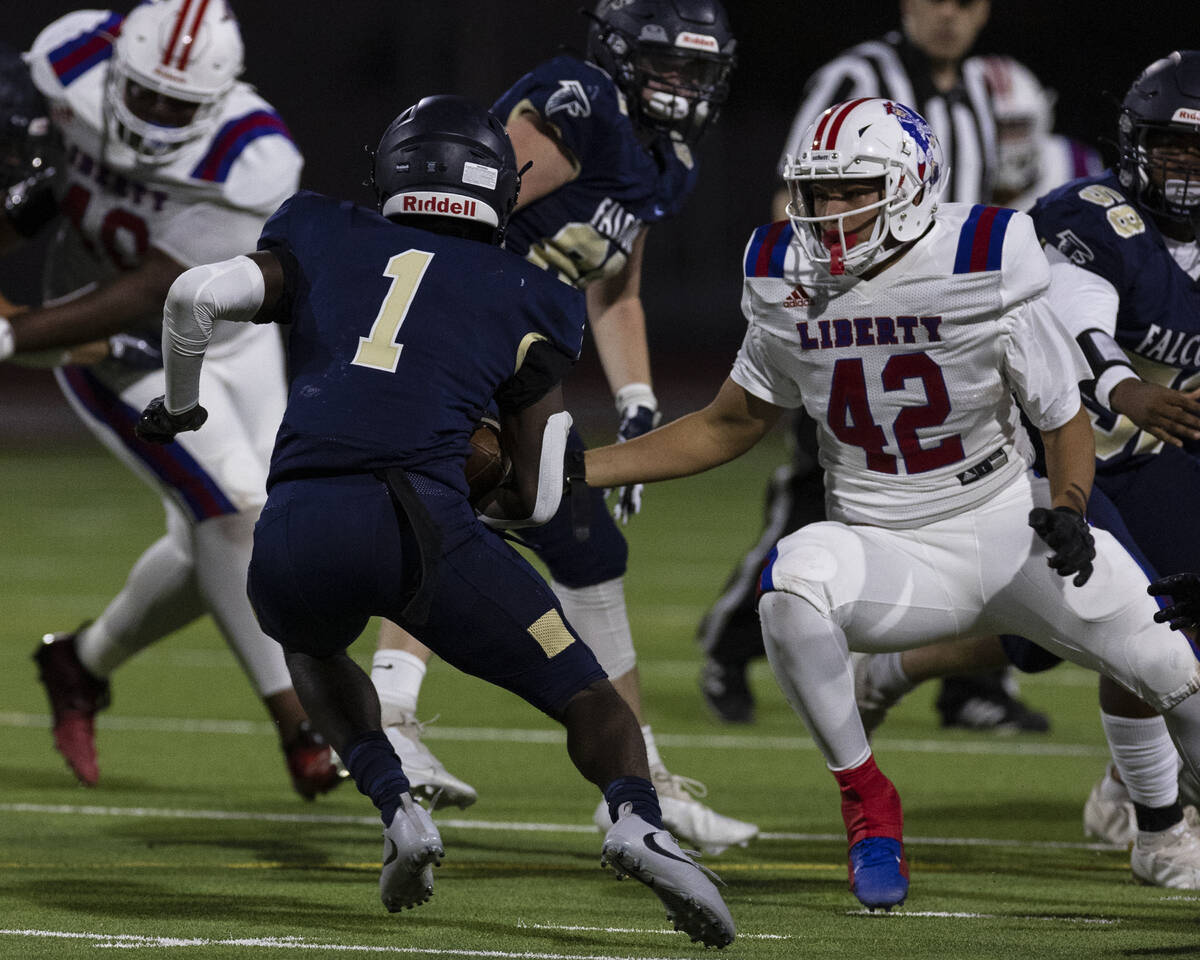 Drais Bellamy ran for 115 yards on 27 carries, while Jaden Turner grabbed five passes for 116 yards and a touchdown for Faith Lutheran. The Crusaders (1-1) got a safety to start the scoring with 3:45 to go in the first quarter, and Pollard scored from 4 yards out to make it a 9-0 lead after the opening period.

Damonte Ranch (0-2) scored to make it a 9-7 game, but the Crusaders answered with a 9-yard touchdown pass from Walter to Nicholas Crowell with 12 seconds left before halftime to restore its two-score lead and never looked back.

■ Centennial 9, Legacy 8 — At Centennial, Brayden Bayne accounted for all the scoring for the Bulldogs, and his fourth-quarter field goal proved to be the difference.

The Longhorns (1-1) took the lead in the third quarter on a touchdown pass from Curtis Lindsey to Jireh Green but didn’t hold on.

■ Arbor View 44, Las Vegas 0 — At Las Vegas, Kyle Holmes threw for 264 yards and a touchdown and ran for two more as the Aggies rolled.

D’Andre Washington caught eight passes for 168 yards for Arbor View (2-1), which has won its past two games by a combined score of 67-3. Arbor View scored nine points on defense with a safety and 49-yard fumble return from Ashtin Borelli-Pollins.

■ Shadow Ridge 17, Durango 15 — At Shadow Ridge, the Mustangs struggled but bounced back from last week’s loss to Silverado.

Jaquieze Holland ran for 180 yards and one touchdown on 28 carries for Shadow Ridge (2-1). The Mustangs took a 9-8 lead into halftime and added a touchdown and 2-point conversion in the fourth quarter before Durango (1-2) put in a late score.

■ Clark 42, Sunrise Mountain 0 — At Sunrise Mountain, D’On Williams ran for three touchdowns and intercepted a pass for another score to help the Chargers remain unbeaten.

Lebon Makwashi ran for a 95-yard touchdown, and Marquis Hill had two interceptions for the Chargers (2-0). Clark has outscored its two opponents 93-0. Sunrise Mountain fell to 0-2.

■ Moapa Valley 54, Boulder City 14 — At Moapa Valley, the much-anticipated Class 3A showdown never materialized, as the Pirates romped from the start.

Boulder City (2-1) had transportation issues that forced the game to be delayed and then fumbled on its first play from scrimmage. That set the tone, and Moapa Valley (3-0) pounced.

Peyton Neilson threw for 284 yards and five touchdowns, and Austin Heiselbetz caught four passes for 153 yards and two touchdowns. Gunnar Redd ran for a touchdown and caught a pass for another, and Dustin Gordon and Elias Cox also grabbed scoring strikes from Neilson.

Moapa Valley led 34-0 at halftime and 48-0 after three quarters before Boulder City found the end zone twice in the fourth quarter.

■ SLAM Nevada 31, Valley 13 — At SLAM Nevada, the Bulls picked up their first win behind three rushing touchdowns from Daniel Nevil.

Gage Davis threw two touchdown passes to Jaren Leavitt, and Lewis, Davis and Carson Hansen had interceptions to help the Panthers (2-0) to the easy win.