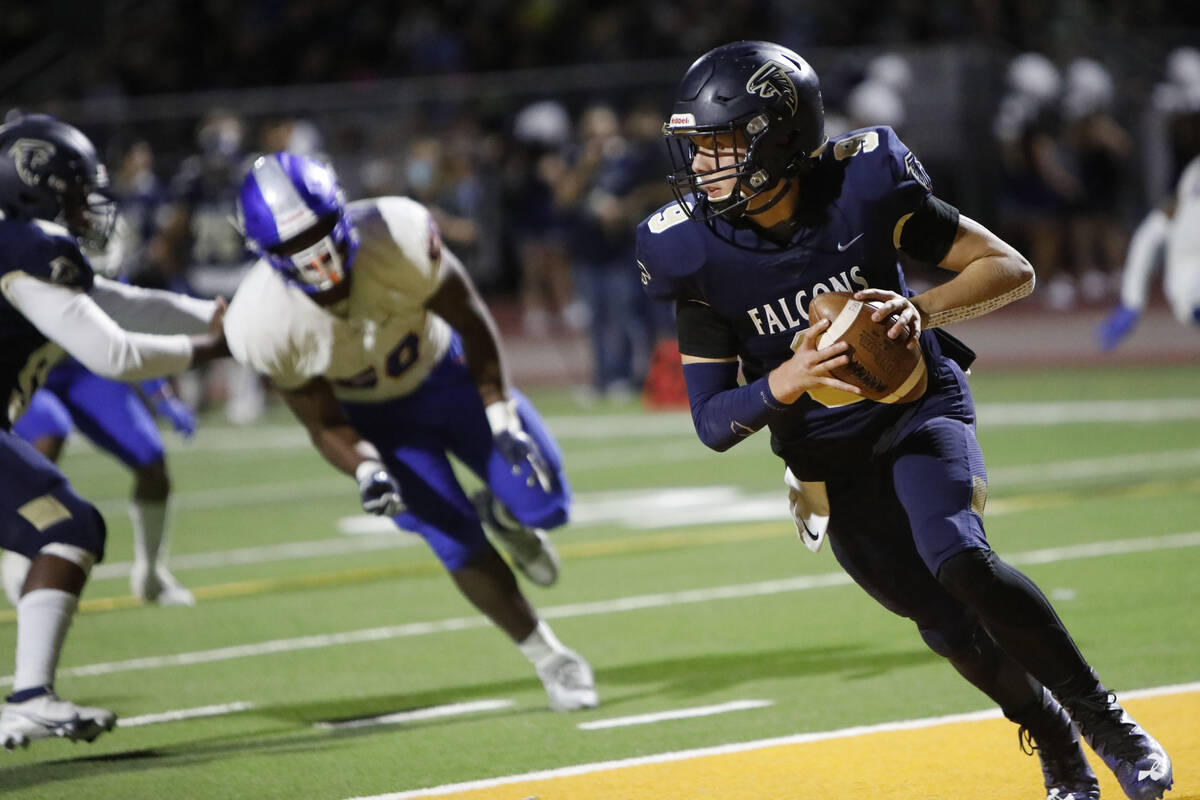 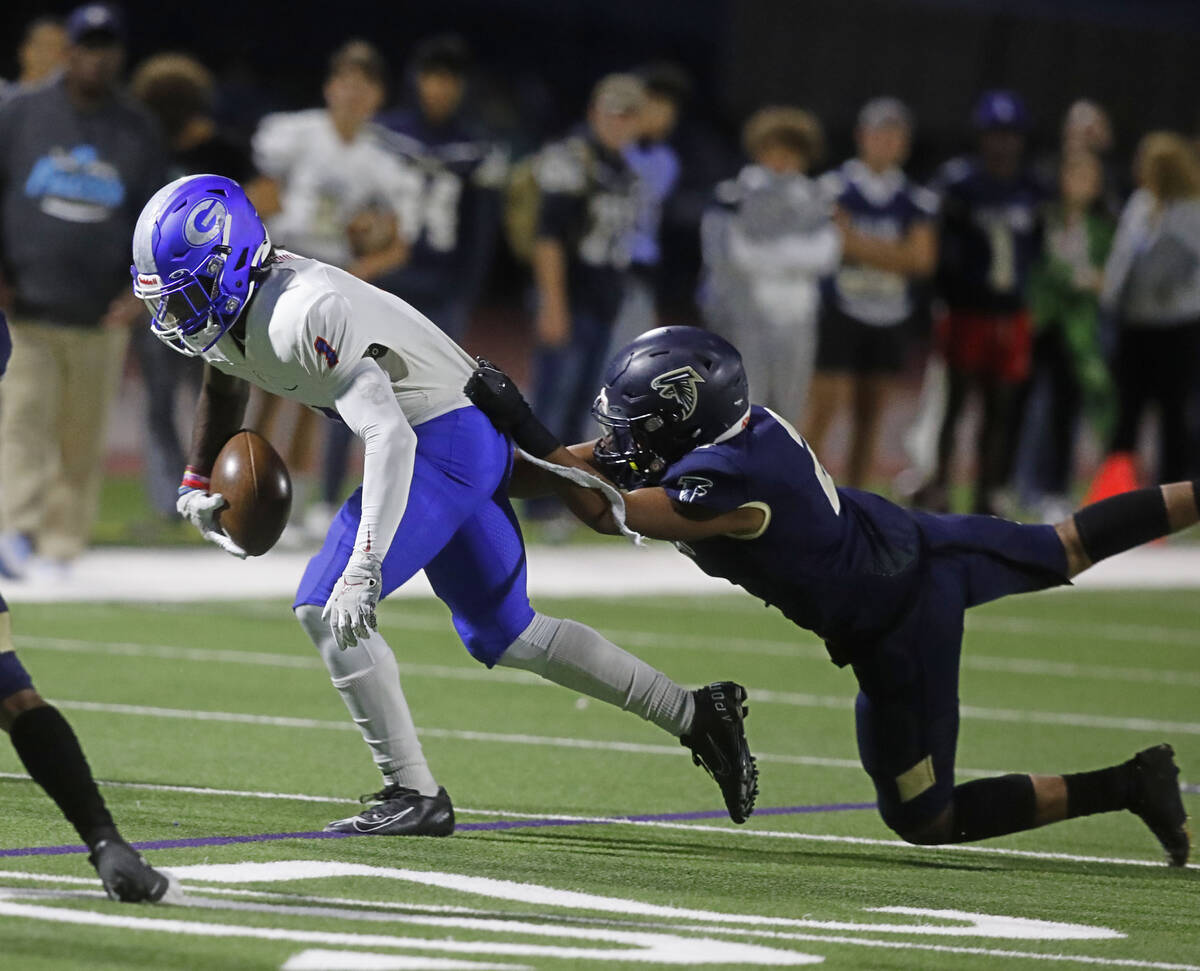 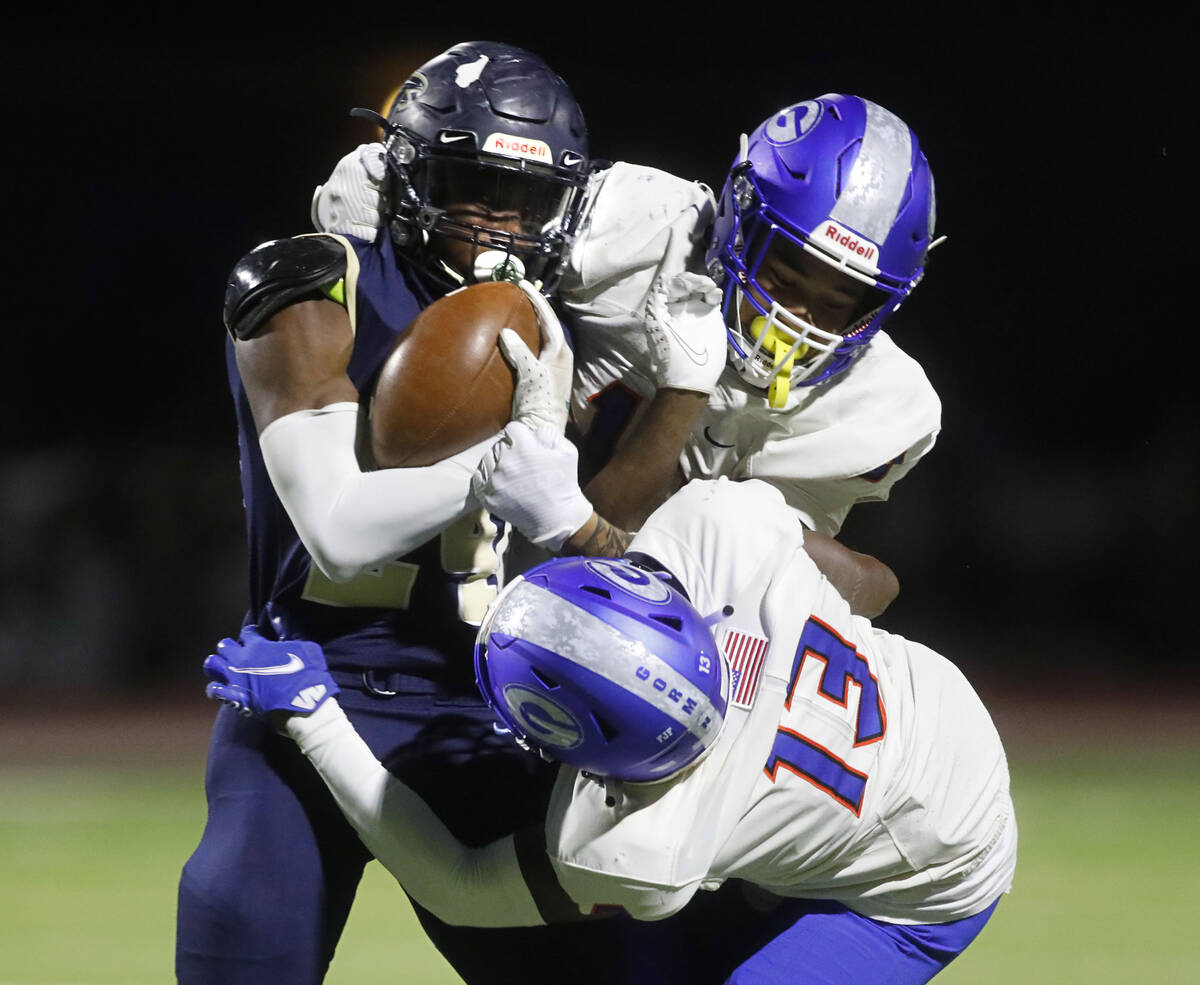 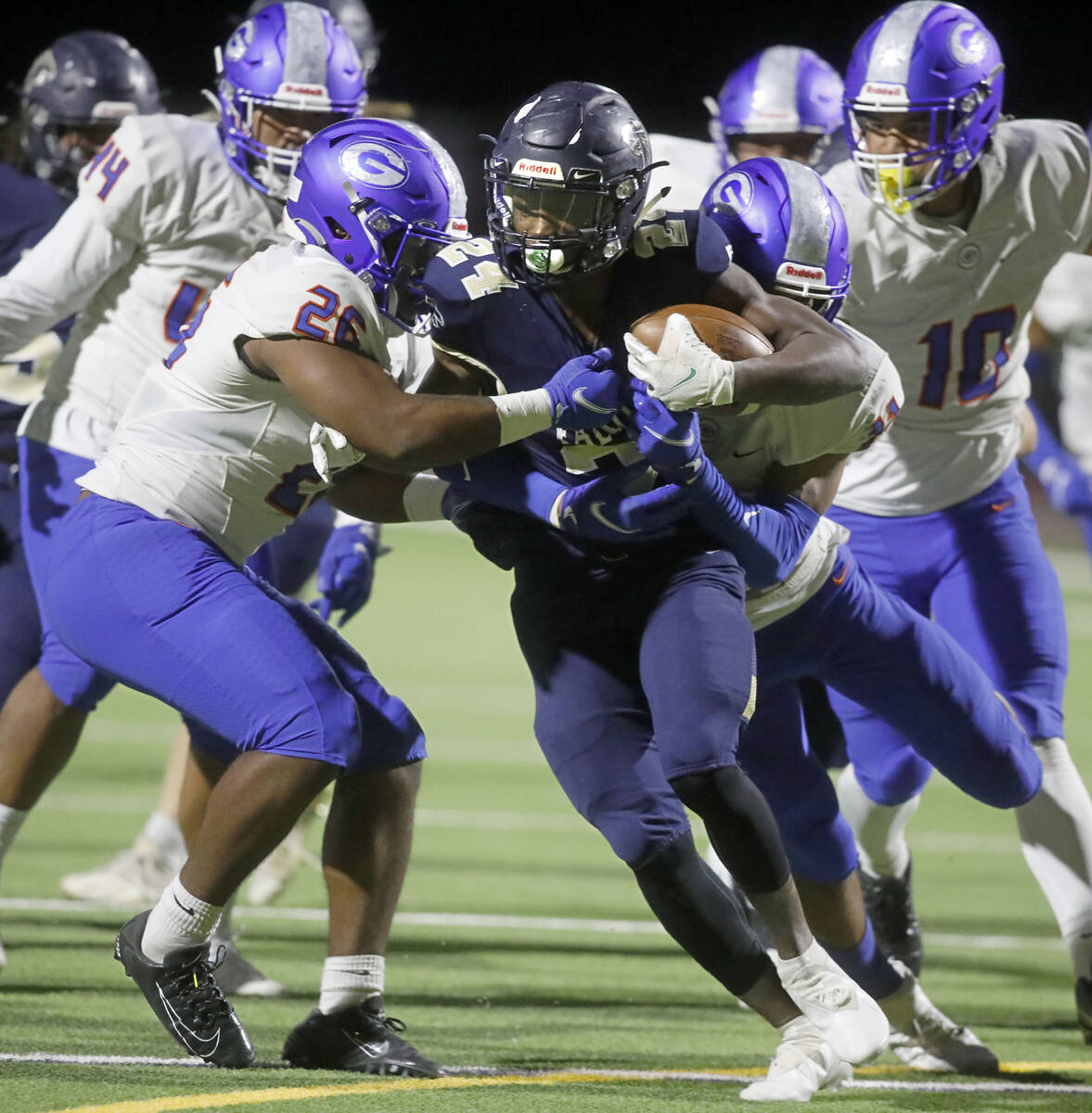 The regular season for Class 5A, 4A and 3A football teams is in the books, and the playoffs are set to begin Thursday.

While it certainly didn’t go off without a hitch, the vast majority of scheduled games were played. That was especially true in the second half of the season, when only three games were canceled because of COVID-19 in Southern Nevada.

That was still enough for playoff scenarios to be difficult to figure out entering the final week, but for the most part, everything came out about as cleanly as possible.

Bartt Davis, the NIAA’s coordinator of sports, said even though the association didn’t put out an exhaustive list of playoff scenarios in the final week of the regular season as it normally does, teams did a good job of going through the tiebreakers and determining where they stood.

“We had really good cooperation from schools. Everybody seems to have known the (tiebreaker) criteria and did a really good job of applying that for their school,” Davis said. “That has made things easier than they had to be.”

Take, for example, the Class 5A Desert League, where the Arbor View-Foothill game scheduled for Oct. 8 was canceled. Both finished 3-1, with their loss against Bishop Gorman. Arbor View coach Matt Gerber said during the week that if his team defeated Canyon Springs on Friday, it would be the No. 2 seed because of a tiebreaker involving defensive points allowed.

He was right. It’s unfortunate for Foothill that it didn’t get a chance to host the Aggies and decide on the field which team hosted a first-round playoff game. But the Falcons had three games canceled because of COVID-19, so they are probably just happy to be in the playoffs.

It’s hard for a quarterback to come back from throwing one interception that gets returned for a touchdown.

Being able to do so after throwing two in the first quarter says a lot about a player’s toughness. That’s what Green Valley’s Josiah Vitale did against Faith Lutheran on Friday.

Vitale rebounded from the two pick-sixes, which put the Crusaders ahead 14-7, with touchdown passes to Nate Richter of 59 and 76 yards to give Green Valley a 28-14 lead early in the third quarter.

Jordan Pollard, who had one of the early interceptions, ran for a 3-yard touchdown, and Drais Bellamy popped a 47-yard TD run in the third quarter to get the Crusaders within four. But neither team scored from there, and Green Valley had a 31-27 home victory to clinch a home playoff game.

All games will be played Thursday with Nevada Day being observed Friday, and 10 of them are playoff games.

The 5A games are Faith Lutheran at Bishop Gorman, Foothill at Green Valley, Legacy at Liberty and a rematch of one of the most exciting games of the season in Desert Pines at Arbor View. Desert Pines led 21-7 in the fourth quarter before Arbor View rallied with 15 consecutive points for a 22-21 win.

In 4A, it’s Sierra Vista at Cimarron-Memorial, Durango at Desert Oasis, Spring Valley at Clark and Chaparral at Basic.

In 3A, Valley and SLAM Nevada will meet at Eldorado, and Virgin Valley will host Eldorado.

The 2A and 1A regular season will conclude Thursday.