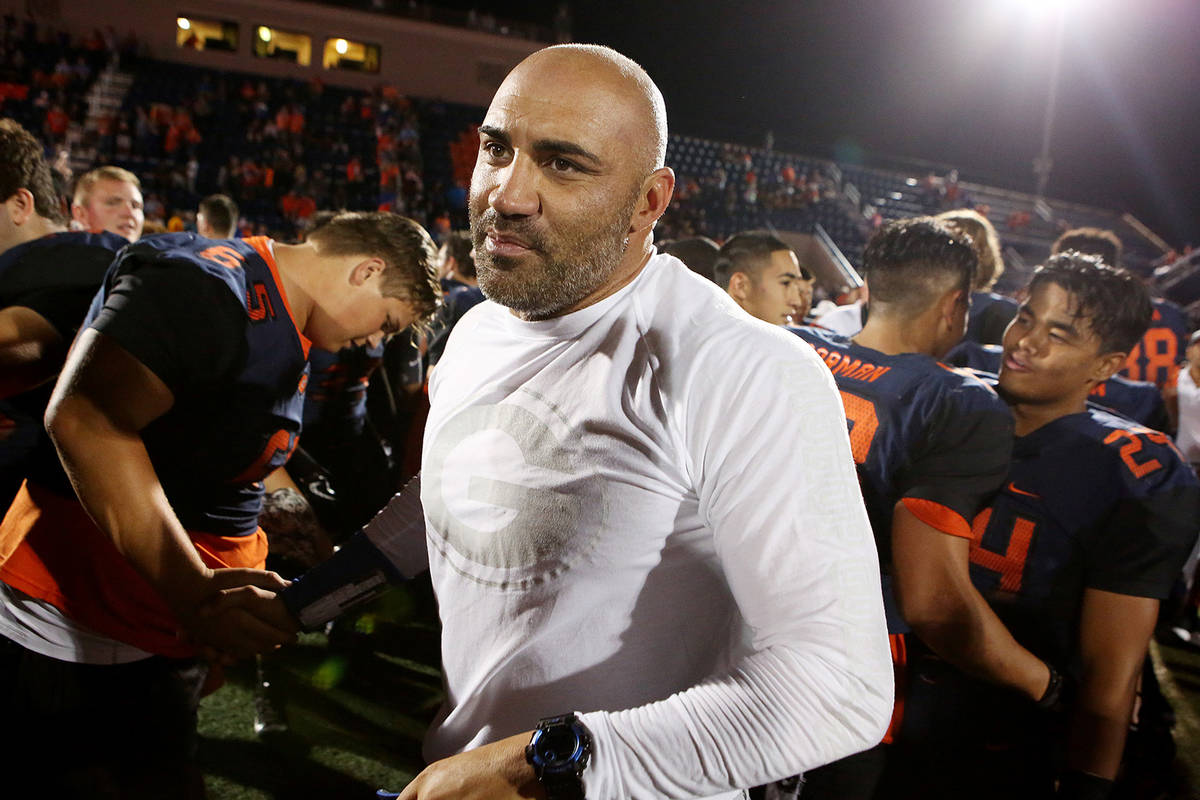 A person familiar with the situation said Sanchez was approached by a parent who was angry about his child’s playing time after Thursday’s game, a 28-3 win over Gainesville Eastside that was Sanchez’s first with the Falcons, and a verbal confrontation ensued between Sanchez, the parent and Patrick Turner, Menendez’s athletic director.

The person stressed that nothing physical occurred.

A call seeking comment from Sanchez was not returned.

Sanchez, 40, was 65-8 with four Class 4A state championships in five seasons at Gorman. He resigned in January and was hired by Menendez in June.