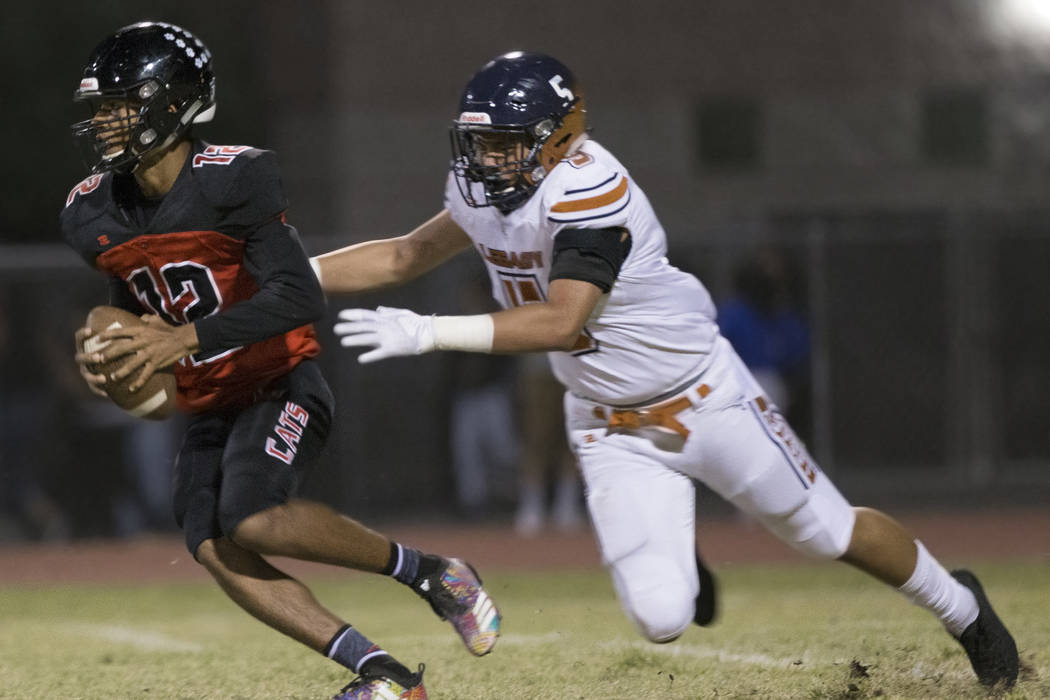 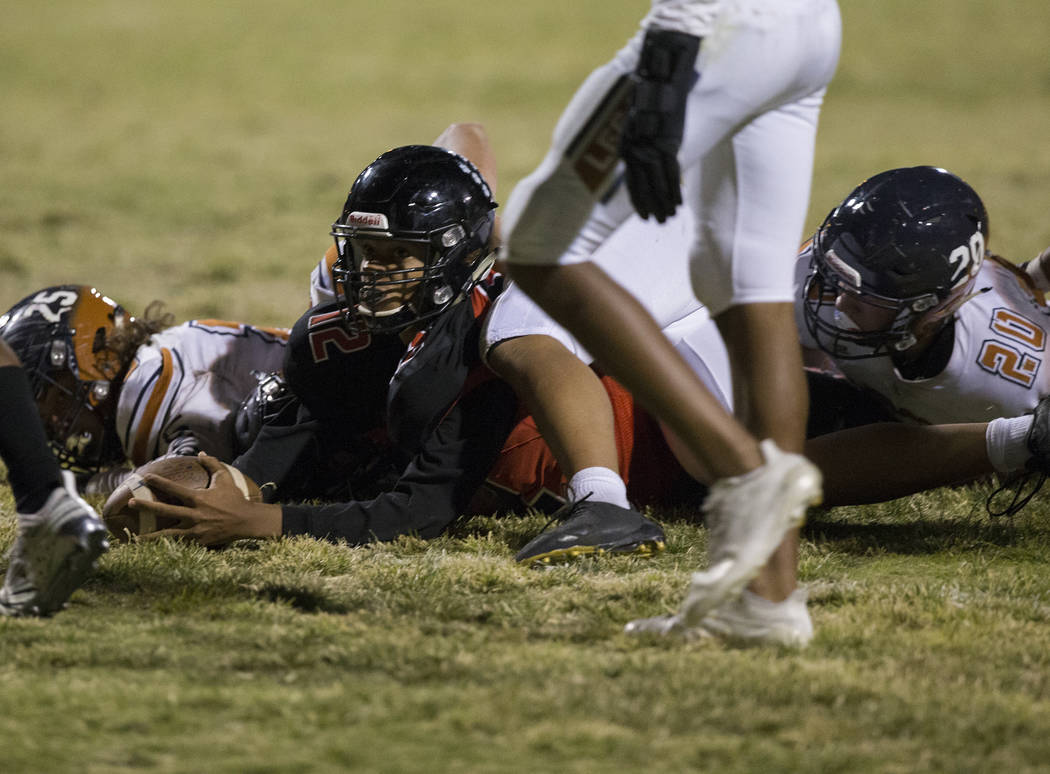 On sheer numbers alone, Ja’Shawn Scroggins was one of the top passers in the city as a sophomore.

Las Vegas’ signal-caller was seventh in completions with 135 and yards through the air with 1,765. But Scroggins’ individual numbers didn’t translate into wins for the Wildcats, who finished 3-7 and missed the playoffs for the first time since 1998.

If Friday night is any indication — it’s always difficult to glean too much from an opener — that fate won’t befall Las Vegas this time around.

Scroggins threw for nearly 300 yards and five touchdowns to lead the Wildcats to a 42-28 win over an Adelanto team from California that went 13-2 last season. He also might have found a favorite target in Miles Davis, who was on the receiving end of three of the scoring tosses.

“I think the biggest (difference in Scroggins) is just being more comfortable and confident in the playbook,” Las Vegas coach Erick Capetillo said. “He’s directing the offense and showing great leadership.”

The Wildcats aren’t likely to get too full of themselves after a season-opening win.

Last year, they started 2-0 and outscored Rancho and Gateway by a combined score of 106-0 before stumbling in seven of their final eight contests. That included a 1-4 mark in the Class 4A Northeast League.

But Friday’s win was a strong start.

Norwood ran for 1,463 yards and 16 touchdowns last year to earn a second-team all-state nod. He picked up where he left off with 241 yards and two touchdowns on 25 carries in a 31-19 win, despite the likelihood that all 22 eyes on the Boulder City defense were laser -locked on him for much of the game.

No Kyle Graham, no problem

That might be an overstatement, but Arbor View’s offense was humming in a 42-0 win over Basic in its first game post-Graham.

No, the Aggies can’t expect one person to come in and replace Graham’s 2,102 yards and 21 touchdowns, and it looks like they won’t even try. Jayden Jackson, Daniel Mitchell and Justin Hausner each scored twice, and each had a scoring burst of longer than 60 yards.

Legacy dominated Burroughs (Calif.) 49-7 on Friday, and Olaes was the catalyst.

This isn’t by any means a new lesson, but a refresher is never bad.

Moapa Valley feasted on turnovers in a 41-14 win over Canyon View (Utah). The Pirates collected five of them, one of which resulted in a 35-yard fumble return for a score.

Palo Verde’s game against Durango took a 180-degree turn when it stopped turning the ball over. The Panthers gave it away four times in the first half to fall behind 27-13. They didn’t turn it over in the second half and cruised for 30 unanswered points to win, 43-27.

Next week’s slate is once again littered with area schools facing out-of-state opponents.

Bishop Gorman and Legacy are headed to Hawaii for the Aloha Classic at Aloha Stadium. The Gaels, ranked No. 18 in the nation by USA Today, will have a stiff test on their hands against 12th-ranked St. Louis, while the Patriots will meet a strong opponent in Mililani, which won its first two games and had a third late Saturday night.

Others will face opponents from Utah, Arizona and Colorado, including Arbor View hosing American Fork (Utah), a 6A team that is out to a 2-0 start.

The slate of games between Nevada opponents is highlighted by Desert Pines opening its season against last year’s state runner-up Bishop Manogue. The intracity matchups include Rancho looking to move to 2-0 against Clark and Canyon Springs starting its season against all-state quarterback Koy Riggin and Foothill, which blanked Coachella Valley (Calif.) on Friday.