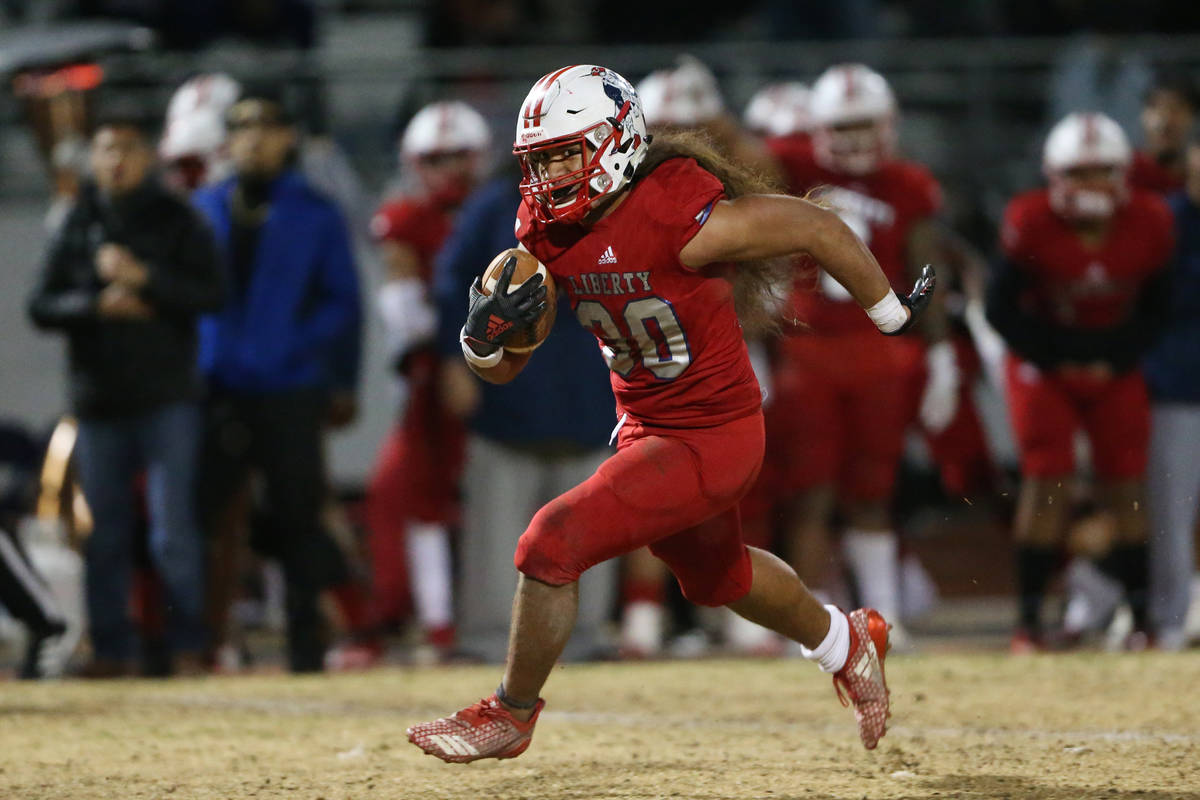 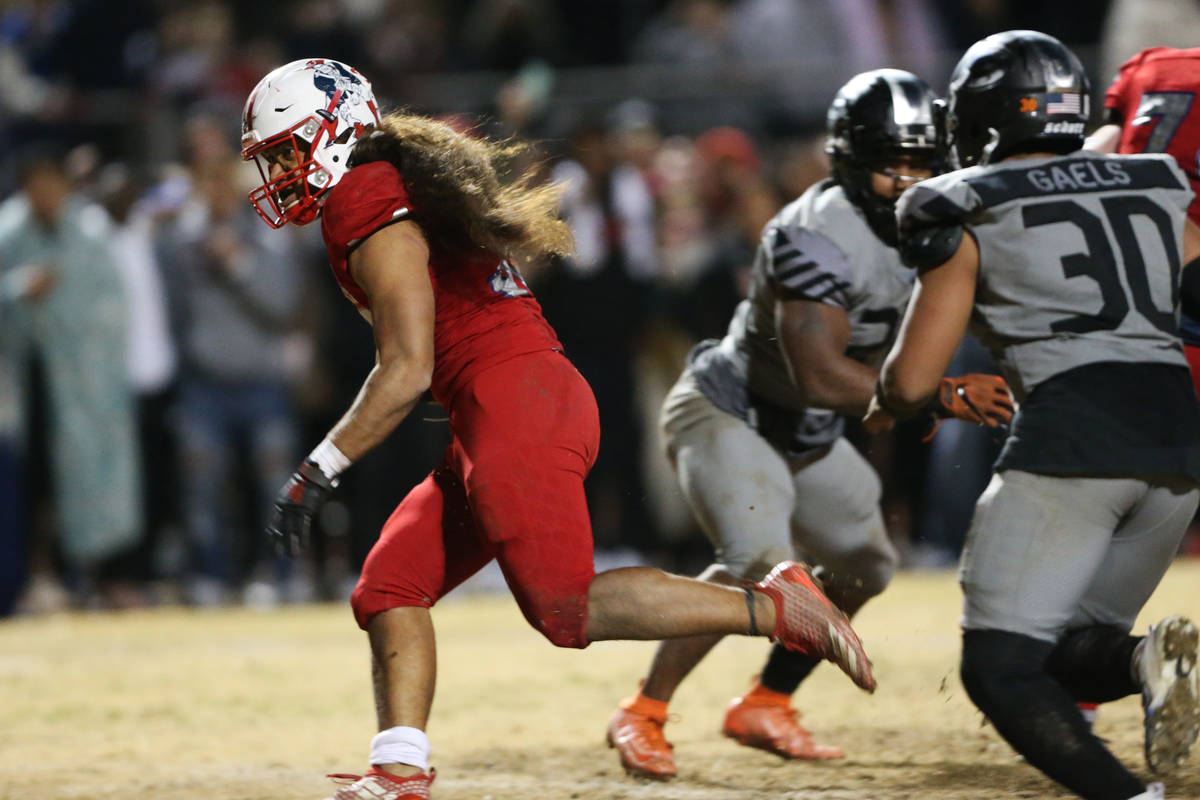 Zyrus Fiaseu has been a standout for Liberty the past three seasons, and his efforts last season helped the Patriots win their first state championship.

Fiaseu hopes another one is in the works for this fall, but he had other business to take care of this summer — selecting a college. He did so Sunday, announcing on Twitter that he will attend San Diego State.

“It feels like home. It’s like a second home for me and my family, since I have a lot of family down there,” Fiaseu said. “It’s a great program there academically and with football, so I’m excited to get there.”

The 6-foot, 210-pounder is listed as a three-star athlete by rivals.com, which has him ranked as the No. 5 recruit in Nevada for the Class of 2021.

The two-way standout ran for 1,030 yards and 17 touchdowns and caught a pass for a score as a running back, and he added 32 tackles and three interceptions as a linebacker.

“I’m a team player, so I don’t care (where I play),” Fiaseu said. “We talked more about me playing linebacker, but they said I could probably get some runs in, too. I’d love that if I could play on both sides of the ball.”

Fiaseu has rushed for 2,390 yards and 29 touchdowns and averaged 7.2 yards per carry while adding 58 tackles, six interceptions and two fumble recoveries in his career.

He was at his best at the end of last season as a running back. In the state quarterfinals against Bishop Gorman, he had 17 carries for 83 yards and two touchdowns, including a 7-yarder in overtime that ended a 30-24 victory and the Gaels’ 115-game winning streak against in-state opponents.

In the state semifinals, a 42-24 win over Bishop Manogue, he ran for 163 yards and a touchdown on 15 carries, then rushed for 134 yards and two scores on nine carries in a 50-7 victory over Centennial for the Class 4A state championship.

Playing in the Mountain West will pit him against his older brother Austin, a redshirt freshman safety at UNLV. Zyrus said the trash talk already has commenced but that Austin was excited for him.

“My brother was telling me to go to whatever school fits me, and, of course, he’d be happy if I went to UNLV and we got to play together, but anywhere else and it’s going to be a ballgame between us,” Zyrus said. “He did talk a little trash after I committed, but that’s how it is with brothers.”