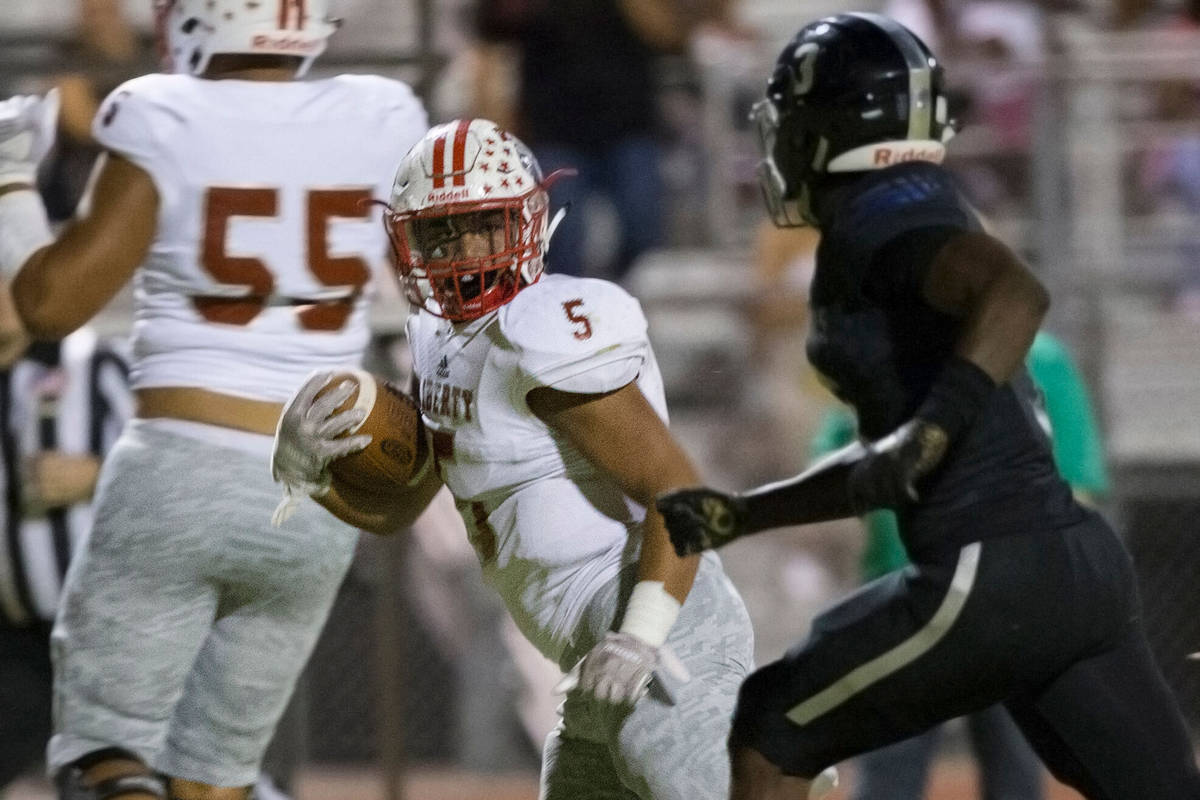 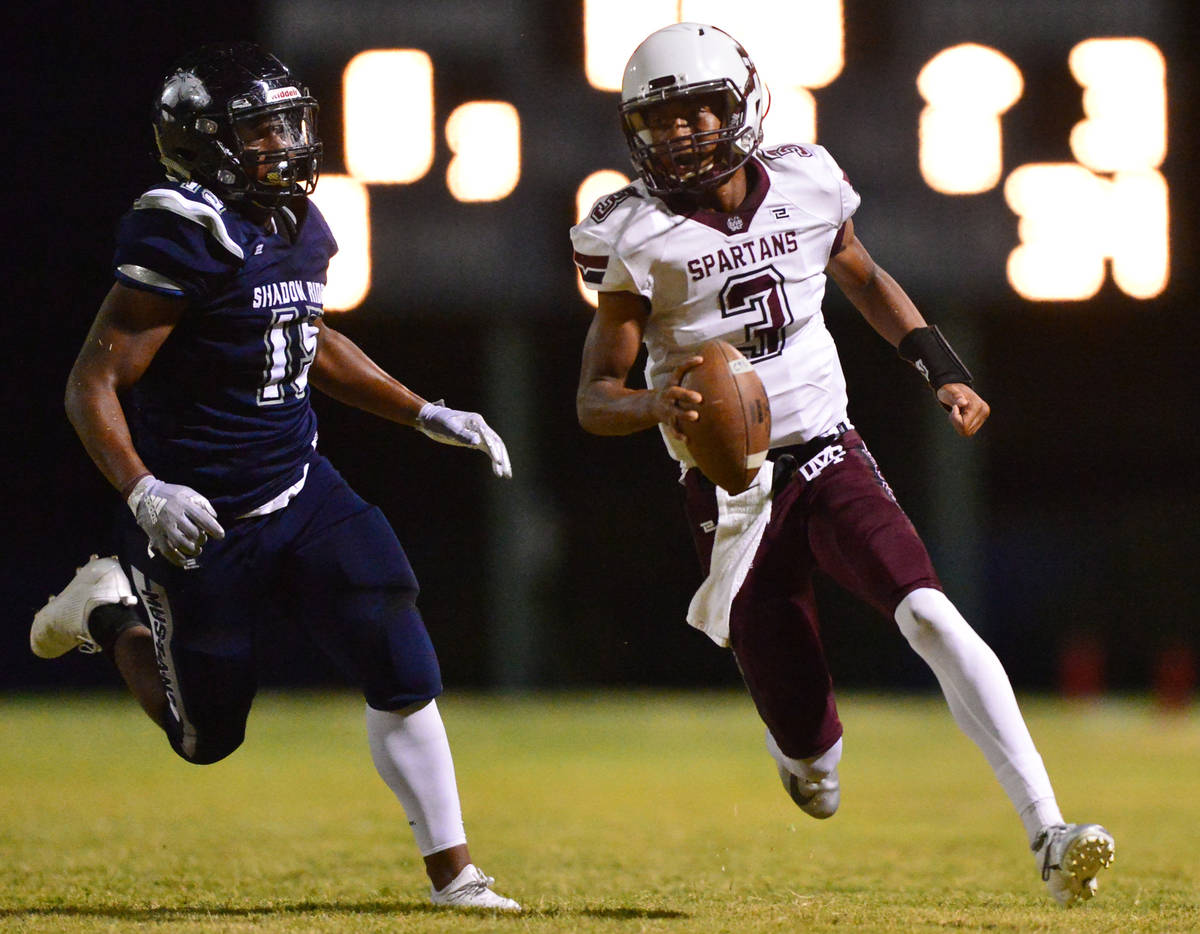 For many senior football players throughout the Las Vegas Valley, this season was supposed to be their one big shot.

Their chance to finally be the man for their team at their position. To do consistently what they’ve shown flashes of in limited action. To earn a scholarship to play at the next level.

National Signing Day, which will take place Wednesday, has traditionally been a day of celebration with family and friends as high school football stars make their commitments to college programs official.

While it will still be that way for some, others are left to rue what could be after Clark County School District canceled the football season for its member schools.

“It’s very disappointing. I felt like my whole life I’ve been training for football, training for this season and training to go to college,” Liberty running back Ezra Tomhoon said “I feel like I got everything taken away from me. It’s been rough, but I can’t look back. I can’t dwell on it.”

Losing the season didn’t have as big of an effect on the top seniors, most of whom had already secured their scholarship offers and signed in December’s early period.

Those like Tomhoon are the one feeling it the most. He said he has drawn interest from some Division II schools but doesn’t have any offers.

His playing time as a junior was limited by injuries and being behind arguably the state’s top two-way player in Zyrus Fiaseu, who signed with San Diego State in December.

Tomhoon’s teammate Jared Tufele has a similar tale to tell. He was a part-time player at outside linebacker who expected to take over the inside linebacker spot with Zephaniah Maea having signed with Colorado in December.

The lack of film at inside linebacker prevented several schools from offering him. But Division II Eastern New Mexico saw enough, and Tufele will sign there Wednesday.

“I was more than grateful for what I got,” Tufele said. “I was expecting nothing at all.”

Cimarron-Memorial quarterback Branden Smith had a unique recruiting moment, and it solidified he was where he needed to be.

“When I was at St. Thomas for a visit with my dad, on the last day, my dad had a heart attack,” Smith said. “We were stuck in Minnesota, and the coaches were checking up with me to make sure I was OK. That connection made me know they were going to be a family for me.”

St. Thomas will move from Division III to the FCS level in 2021. Smith said after a “very bad” sophomore year and massive improvement as a junior, he might have been able to get an FBS scholarship with another similar leap. Unfortunately for him, he’ll never know, but he saw the possibility of the season being canceled early and jumped on the offer from St. Thomas and signed in December.

Like Tomhoon, Matthew Eskridge found himself playing behind a Division I player in linebacker Elijah Wade, now at Northern Colorado, after transferring in to Desert Pines as a junior last year.

Eskridge has the size and speed that colleges are looking for, and he’s also a high-level student. While Tomhoon said he’ll likely go to a junior college and hope to join a bigger school later, Eskridge said Southern Utah could offer him if there are spots available after signing day. If that doesn’t work out, he will likely go to a junior college, too.

“It’s very nerve-wracking,” Eskridge said. “I’ve been focusing on stuff I can control. The more I work, the more opportunities I’ll have for myself. So I’ll just control what I can control.”