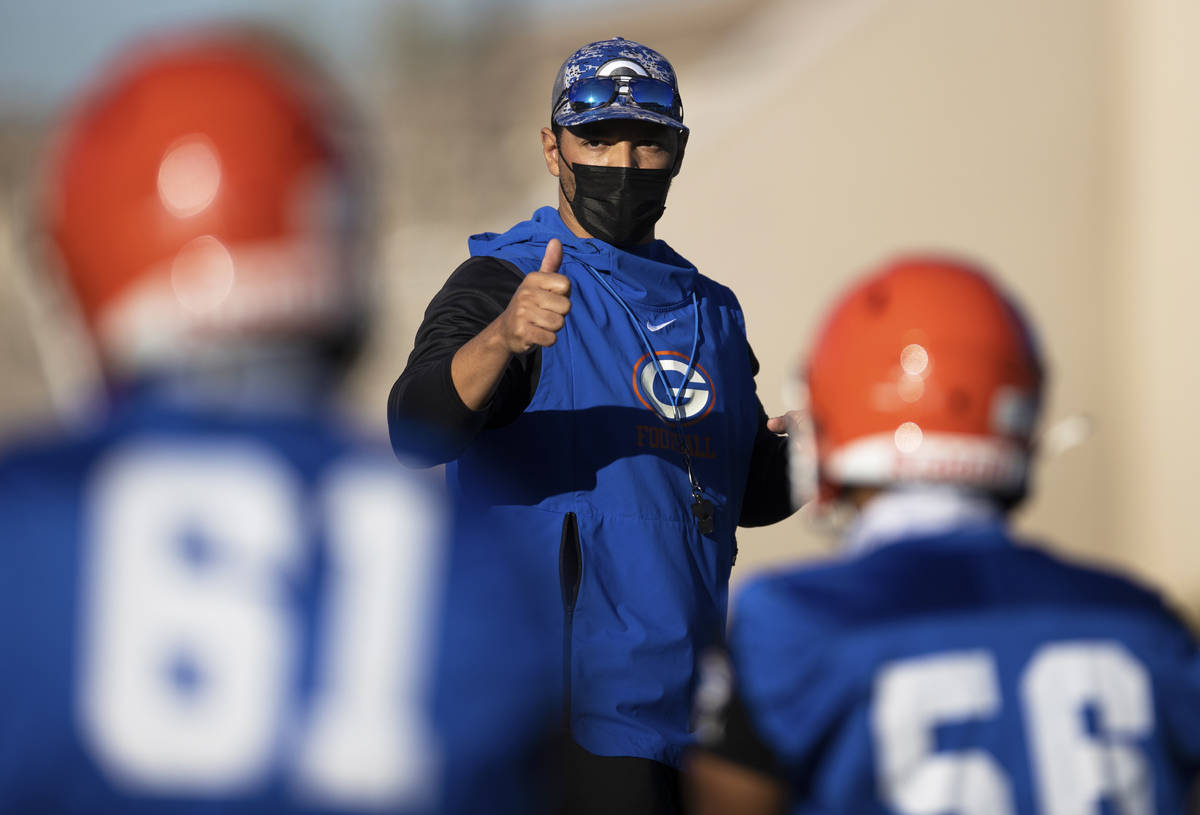 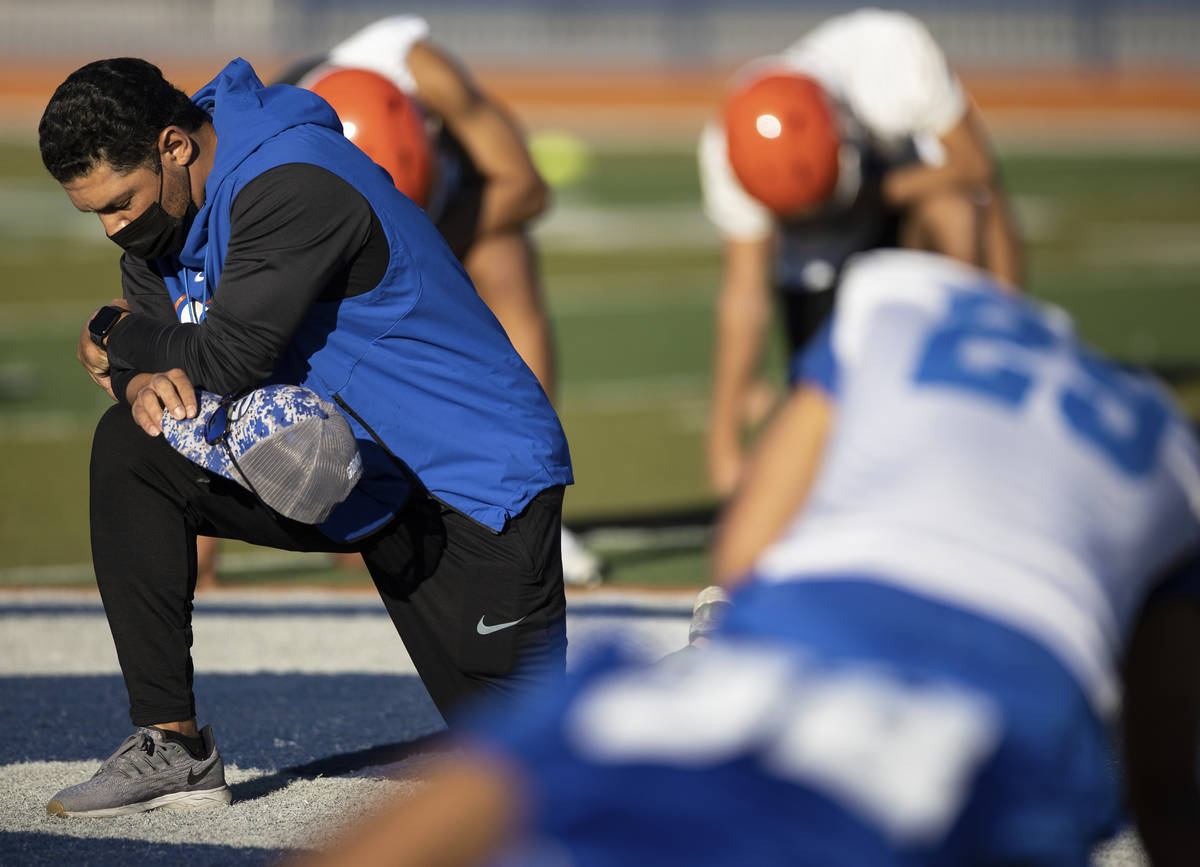 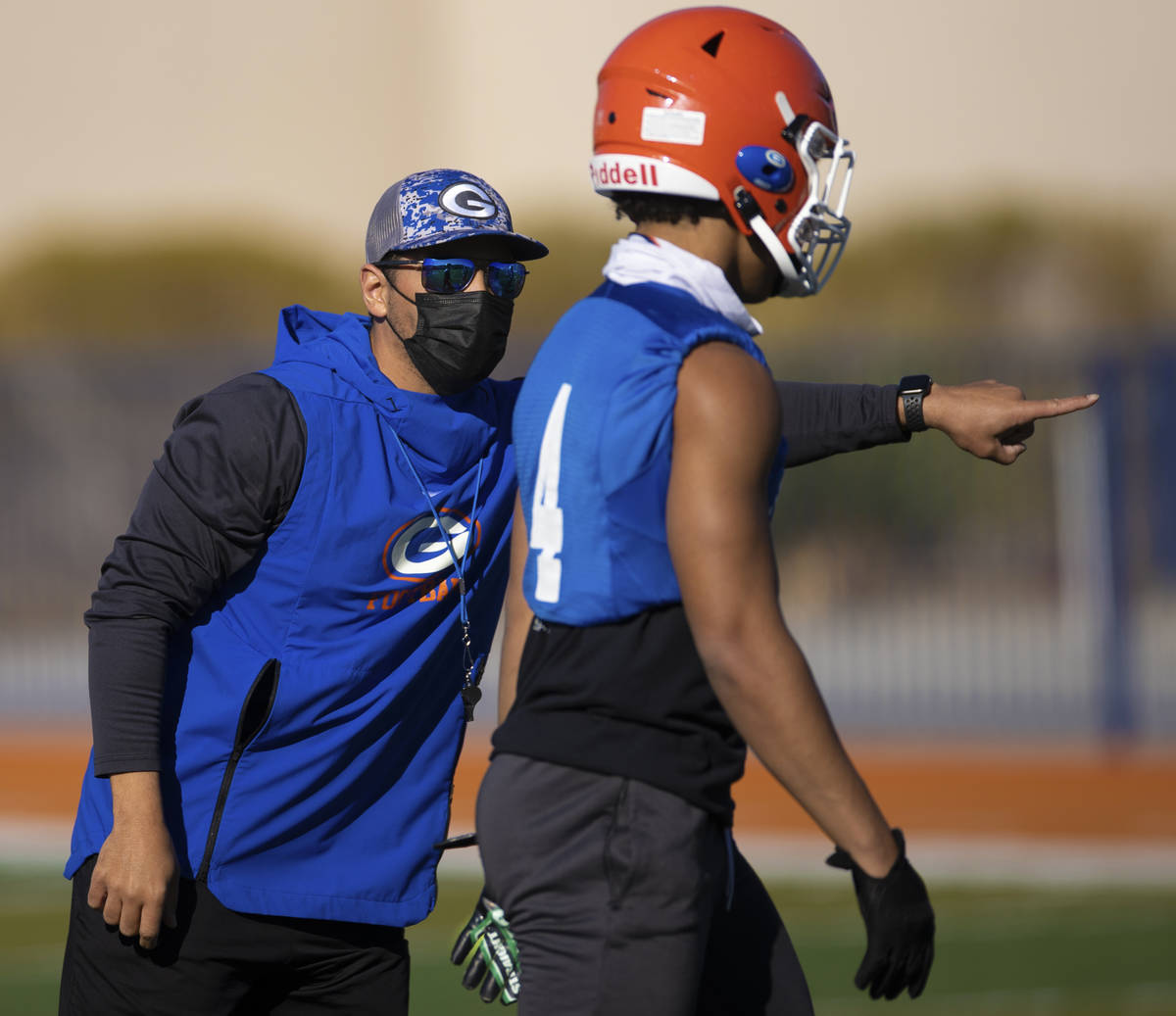 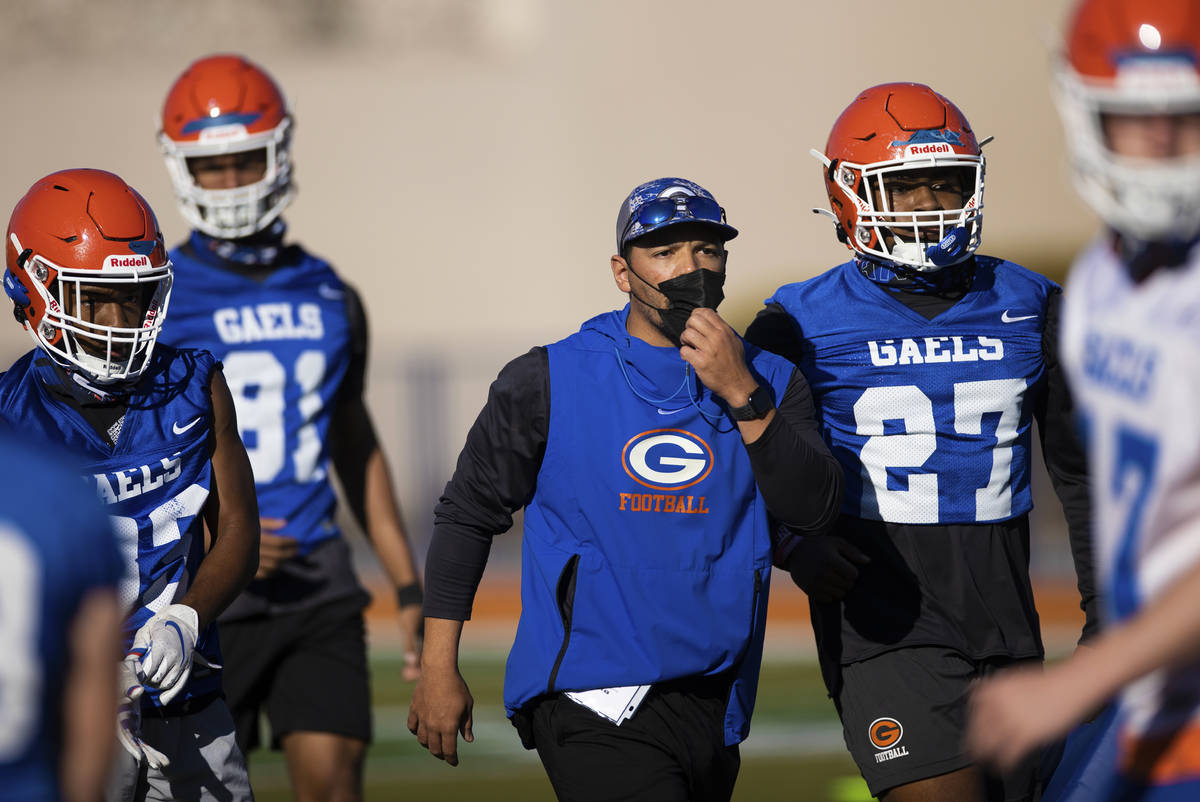 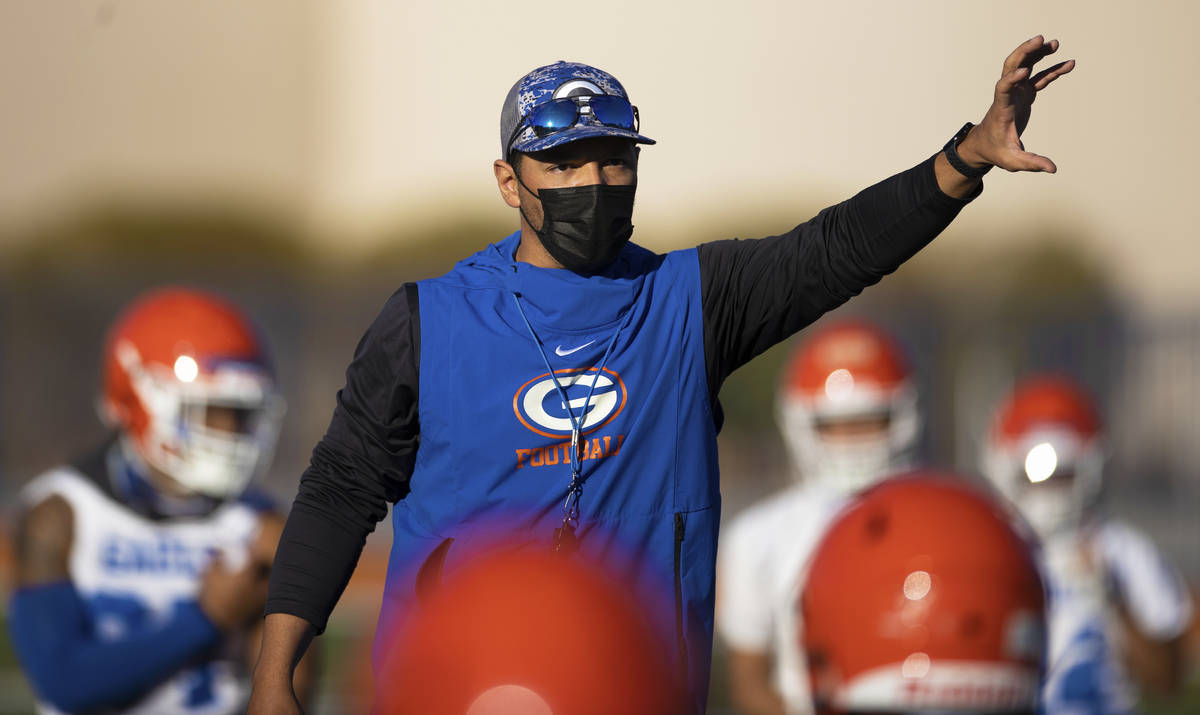 Walking around a facility that boasts of three mythical national championships and 17 state titles, including a state-record 10 straight from 2009 to 2018 , leaves little doubt that nothing but being the best is acceptable.

Browner was the defensive backs coach for the last two of those state championships and was elevated after former coach Kenny Sanchez resigned in January 2020.

“Humbled is the easiest word, but gratefully excited about the opportunity to put my own stamp on it,” Browner said of being named Gorman’s coach. “For as long as I’ve been here, I’ve seen things done right and things that I wanted to change and make sure I could create an experience for these guys that will lead them for a lifetime.”

Browner, 41, got his first win as a head coach last week, when the Gaels beat Class 3A SLAM! Nevada 51-0. They figure to get a stiffer challenge Friday, when they welcome fellow 5A team Faith Lutheran to Fertitta Field for a 7 p.m. kickoff.

Browner’s journey to being Gorman’s coach was a circuitous one and included a previous stop at the school. After graduating from Northern Iowa, where he was a three-year starter at cornerback, he played three seasons in the Arena Football League, two of them with the Austin Wranglers in Texas.

His coaching career began at Gorman in 2006, where he stayed for two years, before serving as an assistant at Faith Lutheran for two years. He then moved back to Texas and earned his master’s degree in athletic administration and football coaching. He returned to Las Vegas and Gorman in 2017.

Shorty after Browner was named Gorman’s coach, the COVID-19 pandemic changed everything. Coaches always want their team to come together, but Browner had to tell his players to stay away from each other.

After a year of that separation, coming back together as a team didn’t happen instantly. The Gaels’ first day in pads, the offense and defense went after each other as if they were opponents meeting on a Friday night. Browner could see something had to be done to make sure they understood they’re on the same team.

“We have a hill behind the school, and we ran up there,” senior linebacker D.J. Herman said. “Coach talked and said the team isn’t what it should be. I want you guys to stay up here and just talk. We all talked about what was going on, what the struggle was and came together at that point.”

While Herman and other players said they respect Sanchez, the move to Browner has been a welcomed change.

Browner, while undoubtedly competitive, isn’t as intense as Sanchez. His more laid-back style allows the Gaels to play looser and without fear of being yelled at for a mistake.

The players said there’s also a better vibe off the field.

“It’s a whole different family bond here,” offensive lineman Jake Taylor said. “This coaching staff, I’ve never felt someone cared for me as much as they do. I had some family issues not too long ago, and they all had their arms open. Last year, it wasn’t good if you were even caught laughing (on the field), but it’s more of a family and a fun game now.”

Sophomore linebacker Palaie Faoa said Browner was one of the first coaches to talk to him last year as a freshman. He said that showed him Browner is a coach who cares for his players.

“It was amazing. We were all excited,” Faoa said of Browner being named coach. “He knows what he’s doing, and we all have that bond with him. The bond and family atmosphere, and everybody being back together, it’s brought us all happiness.”

Browner understands wins and losses will be the measuring stick for determining the success of his tenure.

He considers himself a caretaker of the program that has been built by the players into a national powerhouse.

“The coaches all understand what It means to be a Gael and not only how much work and sacrifice the kids make, but also how important it is to give them the greatest experience,” Browner said. “They’re the ones who are the heart and soul of this whole thing.”