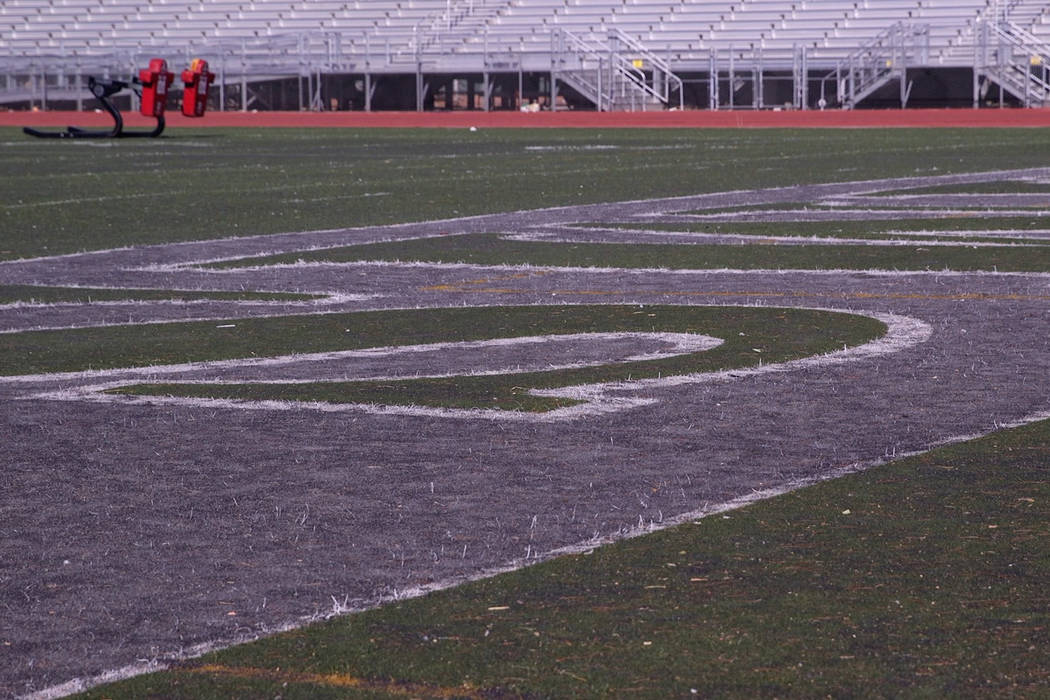 The Rancho High School football field, which was deemed unfit to play on during the summer of 2019, as seen on Sept. 18, 2019, in Las Vegas. (Heidi Fang/Las Vegas Review-Journal) @HeidiFang 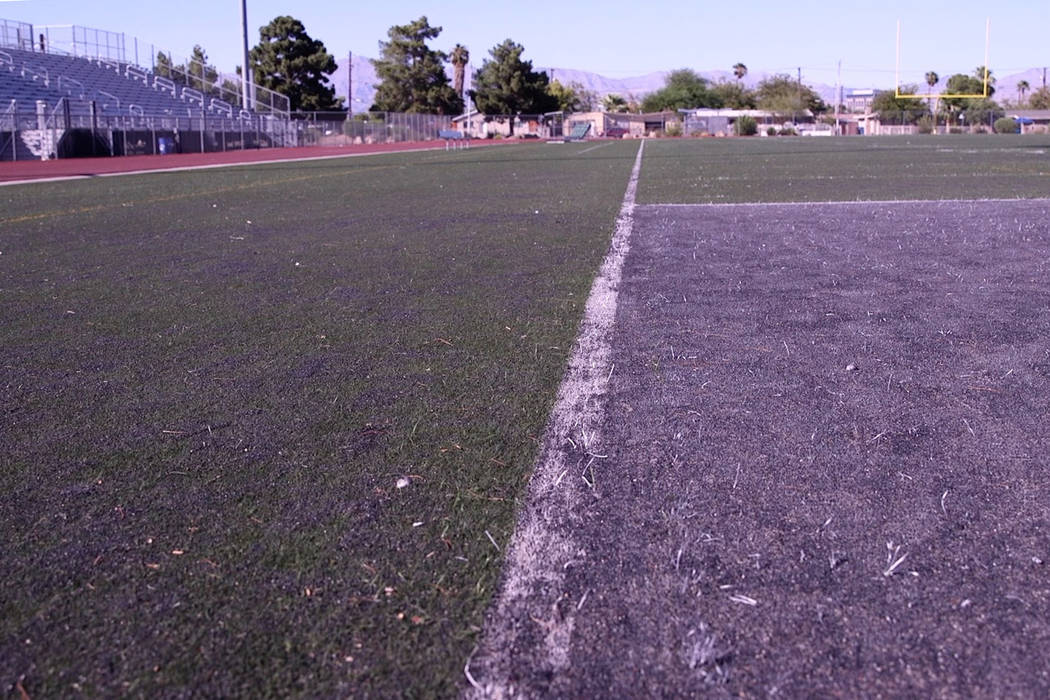 The Rancho High School football field, which was deemed unfit to play on during the summer of 2019, as seen on Sept. 18, 2019, in Las Vegas. (Heidi Fang/Las Vegas Review-Journal) @HeidiFang

Rancho High School is getting new synthetic turf athletic field, in part thanks to a nationwide program aimed at improving football fields in schools and neighborhood parks.

The NFL Foundation Grassroots Program announced Thursday nearly $3 million in new grants for fields, including a $250,000 gift from the Raiders to replace the worn-out synthetic field at Rancho.

“The students and athletes at Rancho High School can look forward to the installation of a new state of the art field as we continue our commitment to youth football and to our community. The advancement of football at the youth and high school levels remains a top priority for the Raiders and we are excited to introduce this field replacement program to Las Vegas,” said Raiders President Marc Badain.

The Clark County School District already was planning to replace worn-out artificial fields at Clark, Rancho and Valley high schools after they were deemed unsafe last year. But the donation announced Thursday will help underwrite the cost at Rancho.

The partnership between the NFL Foundation and the Local Initiatives Support Coalition (LISC), a community development organization, has spent $61 million renovating 376 fields over the last 20 years, including adding new irrigation systems, lights, bleachers, scoreboards and turf. The new synthetic surface at Rancho is expected to improve safety and increase usage by 30 percent.

The grant is given once an established funding threshold for the project is reached, according to a statement from the NFL Foundation and LISC.