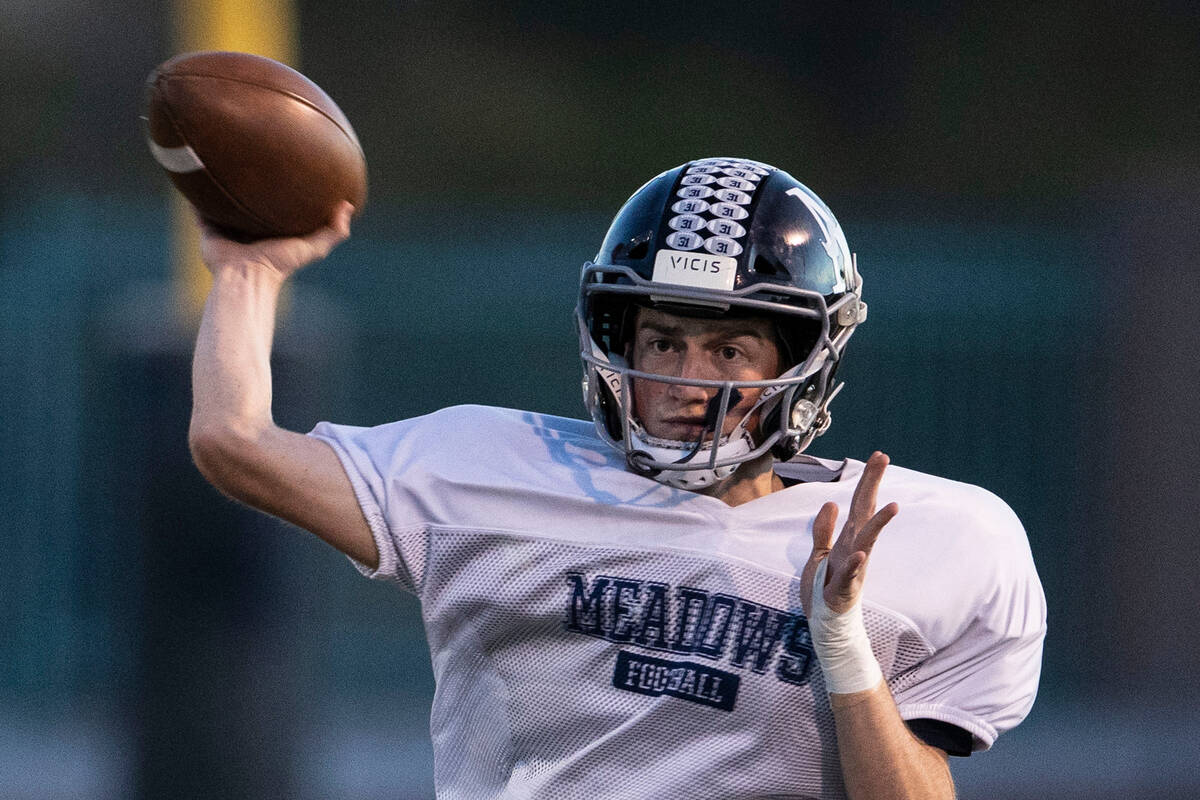 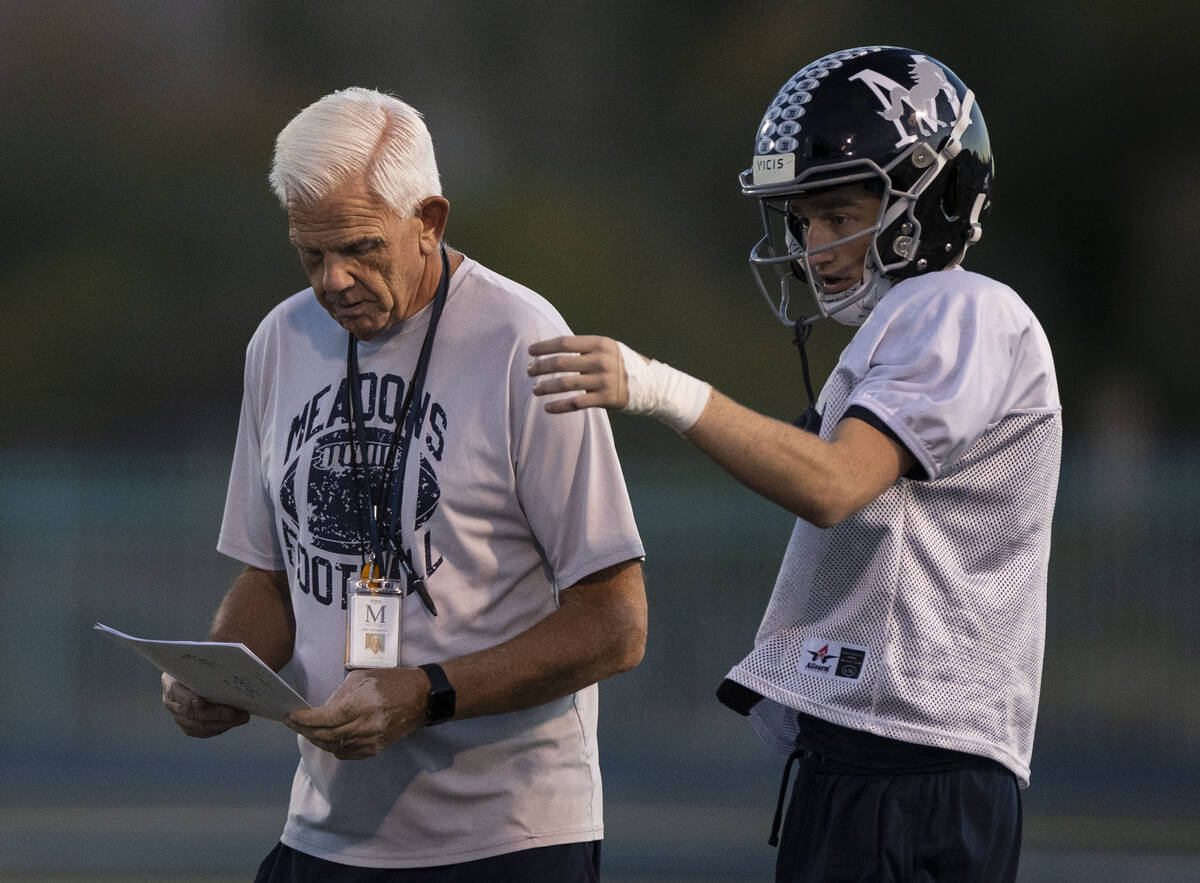 By any measure, Sean Gosse had a successful junior year at The Meadows.

He played three sports, winning Class 2A state championships in basketball and baseball and leading The Meadows to the state football title game.

But football is Gosse’s first love — the state championship ring he most covets — and the 35-26 loss to Yerington at Allegiant Stadium still stings.

“It’s a massive motivation,” said Gosse, the Mustangs’ starting quarterback. “As an entire team, it’s all we’ve talked about this offseason.”

Even with a loss in the state championship game, The Meadows took a giant step forward. The Mustangs were 11-2, just two years removed from being forced to play eight-man football because of a lack of numbers and interest.

While there is plenty of credit for the turnaround, plenty of it goes to Gosse.

“As a quarterback, he’s the whole package,” The Meadows coach Jack Concannon said. “He’s the kind of guy a coach gets once, maybe twice in a lifetime. He’s a better kid than he is a quarterback. He’s a leader in the classroom and a leader in public. He’s the real deal.”

Gosse threw for 2,182 yards and 31 touchdowns as a junior, but Concannon wants to see more from him this season as a runner.

Gosse said with the input of a new quarterbacks coach, he’s focusing on not taking extra time in the pocket before pulling the ball down.

“When the play breaks down, don’t wait to throw a ball that won’t get caught or take the unnecessary hit,” Gosse said. “Get what you can and get down or out of bounds. I always thought of the quarterback’s role as throwing the ball, but if I have a better chance of making a play by running, I have to be willing to take it.”

Gosse hopes to turn some college coaches’ heads this season. He wouldn’t go so far as to say he’s being overlooked in recruiting, because there are plenty of talented quarterbacks and the transfer portal gives teams a chance to pick up a player who has college experience.

But at The Meadows’ scrimmage last weekend, Concannon said every opposing coach’s first question to him was, “Where is seven (Gosse) going?”

But for now, college plans can wait. Gosse wants to follow in his brother Garrett’s footsteps, since Garrett was the quarterback the last time The Meadows won the state title in 2009.

“That would mean so much,” Gosse said. “Playing and winning a state championship with these guys, some of whom I’ve played with since fifth grade or even younger, would mean a ton. And even on a personal note, the last time we won was with my brother. I’ve always looked up to him. He’s my role model, so I’d love to copy what he did by winning the state championship.”