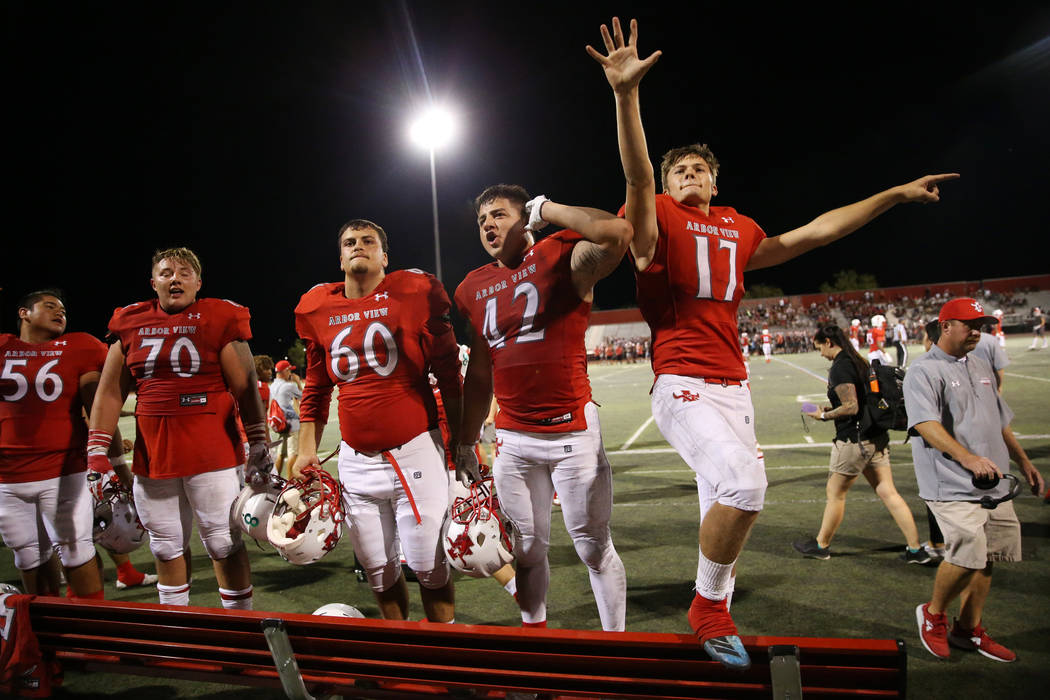 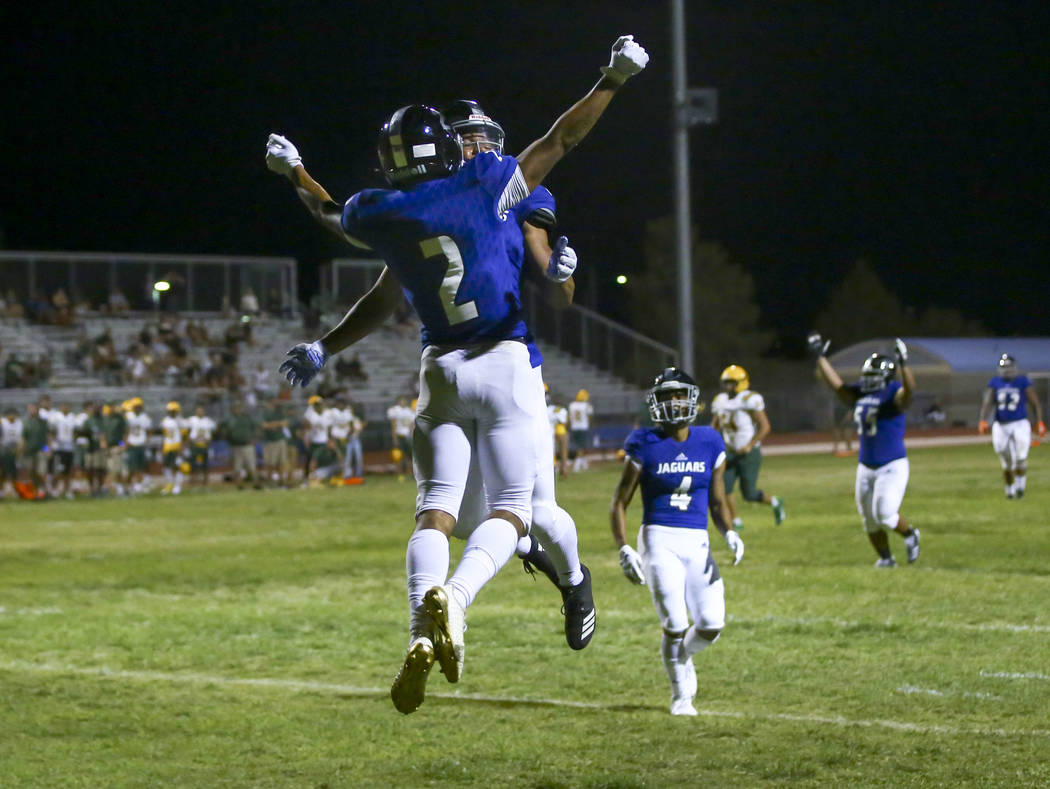 It was a rough night for the valley’s top two high school football programs.

Bishop Gorman and Liberty traveled to Hawaii for the Aloha Classic and met rude hosts in St. Louis and Mililani, respectively.

Liberty controlled the early action against Mililani for a 16-0 lead after the first quarter. But the Patriots were outscored 34-6 the rest of the way in a 34-22 defeat that leaves them at 0-2 for the first time since 2013.

Rome Odunze was a bright spot for Gorman (1-1), with six catches for 107 yards and two scores. But the Gaels defense had issues slowing down Crusaders quarterback Jayden de Laura in the first half.

The game had a scary moment when Gorman linebacker Dahlin Mesake took an accidental helmet-to-helmet shot from a teammate as they converged on a tackle. Mesake was taken off the field in an ambulance, but gave a thumbs-up to the crowd from a stretcher before leaving the field.

The Gorman defense kept St. Louis scoreless in the second half and the Gaels pulled within 21-13 in the third quarter. But a crucial error turned into a defensive score for the Crusaders (3-0).

Gorman running back Jaydn Ott dropped a pass and stood still with his back to the defense after picking the ball up, not knowing the play was still live because it was a backward pass. Ott was blasted in the back by two St. Louis defenders, coughed up the ball and the Crusaders’ Nick Herbig returned it 11 yards for a touchdown.

Liberty scored on a 57-yard TD pass from Kanyon Stoneking to Edward Gastelum and a 27-yard interception return for a score from Dante Bowers Jr., both of which were followed by two-point conversions to build its 16-0 lead.

Brendyn Agbayani threw for two scores, and Jasiah Alcover added two on the ground to spark the Trojans’ comeback.

Both the Gaels and Patriots will play at Gorman’s field this week as part of the Polynesian Football Classic. Liberty meets St. John Bosco (California), the nation’s fourth-ranked team, on Friday. The Gaels will face Servite (California) on Saturday.

The Jaguars made a statement in shutting down Bishop Manogue 34-11 on Friday.

It was the opener for both Nevada teams, and both had plenty to prove. For Manogue, last year’s state runner-up, it was a chance to show it could handle a tough defense despite losing Peyton Dixon, who rushed for a state-record 3,143 yards and 45 touchdowns last year.

For Desert Pines, it was a chance to show its much-publicized defense, specifically its defensive line, was more than just hype against a quality opponent.

The Jaguars trailed 11-7 at halftime, but they took the lead in the second half in part by holding the Miners to just 10 yards of offense.

A Desert Pines offense that struggled at times last season came to life as well. Senior defensive lineman Gabriel Lopez said the Jaguars wanted to show the city they were really here.

They did just that.

There’s an adage against run-based teams that if you can get up on them, they have a more difficult time coming back.

While that’s not completely wrong, the Aggies showed it is possible when they rallied from a 21-0 deficit to defeat American Fork (Utah), 35-34.

Daniel Mitchell rushed for 205 yards and two touchdowns, and Arbor View also helped itself with a touchdown pass – a 38-yarder caught by Mitchell — and a blocked field goal that Rickie Davis took 56 yards for a score.

But it was the Arbor View running game that was the difference. The Aggies ran it 56 times for 372 yards. That takes a toll on a defense. Those runs that didn’t seem to do much early in the game can be the body blows that allow for knockout punches on the ground later, if a team is willing to stick to its gameplan after falling behind.

Arbor View did, and it worked.

Foothill and Canyon Springs were locked in a down-to-the-wire struggle Friday night that was decided in the final minute.

Canyon Springs led 14-0 early but was left with the ball trailing by eight points late. The Pioneers put together a touchdown drive that culminated with 29 seconds left, but Foothill’s Kevin Plumlee got a hand on the 2-point pass.

Canyon Springs wasn’t done. It recovered the onside kick, but time ran out on the comeback bid and Foothill held on for a 29-27 win.

In addition to the Polynesian Football Classic,, there are two other games that should help separate the contenders.

Desert Oasis is off to a 2-0 start and gets a challenge from a Palo Verde team that took Friday off after an opening win over Durango. Las Vegas puts its 2-0 record on the line against Silverado, which cruised past Bonanza in its opener Friday.