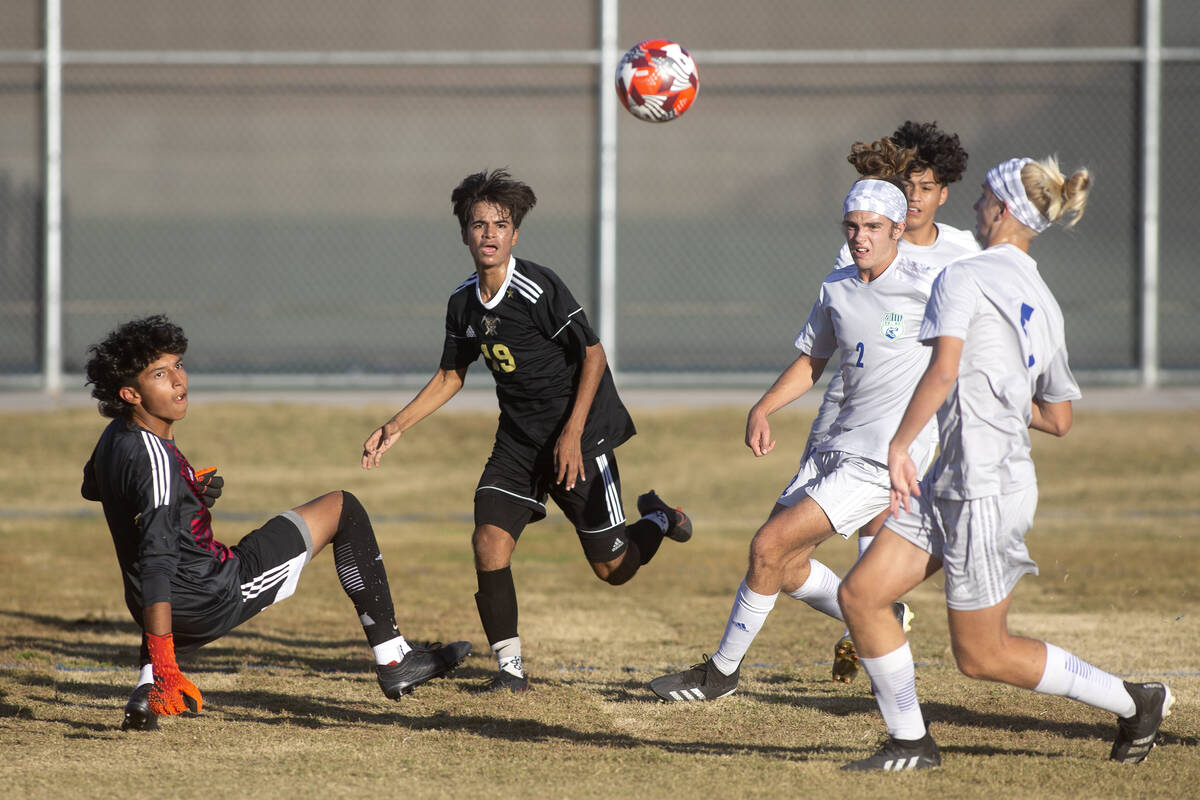 Ryder Breeden put in the final goal in penalty kicks, and sent fourth-seeded Coronado past No. 1 Las Vegas in the boys soccer playoffs.

The match was tied 2-2 in regulation, with the Cougars claiming the shootout 5-4 Wednesday at Bettye Wilson Park to advance to the Class 5A Southern Region title game against Palo Verde on Saturday.

Chase Ciobanu scored both of Coronado’s goals in regulation. Las Vegas fought back with goals from Christian Valencia and Diego Carrasco to tie the score despite playing with 10 men after a first-half red card.

Second-seeded Palo Verde advanced with a 2-1 overtime win over Eldorado.

■ Sunrise Mountain 2, Legacy 0 — Caleb Castano had two goals, and the top-seeded Miners shut out the No. 16 Longhorns.

Mario Juarez and Kevin Ruiz had an assist apiece for Sunrise Mountain, which will meet No. 8 Desert Oasis, which got a goal from Alessandro Fletan to beat Sierra Vista 1-0.

■ Mojave 5, Faith Lutheran 2 — Justin Pantoja had two goals and one assist, and the fifth-seeded Rattlers beat the No. 12 Crusaders.

Joshua Barahona and Gabriel Gomez added one goal and one assist apiece for Mojave, which advances to meet No. 4 Clark, which scored in overtime to advance past No. 13 Desert Pines 1-0.

■ Green Valley 5, Foothill 2 — Anwar Torres had two goals and one assist, and the second-seeded Gators beat the No. 15 Falcons.

Eden Houle had one goal and one assist for Green Valley, which will meet No. 7 Western, a 2-0 winner over No. 10 Valley.

Ian Martinez added an assist for Shadow Ridge, which advances to meet No. 3 Arbor View, which beat No. 14 Silverado 4-1.