If you are having problems accessing today’s e-Edition, please click on this link VIEW E-EDITION
Las Vegas Review-Journal
October 11, 2018 - 8:10 pm 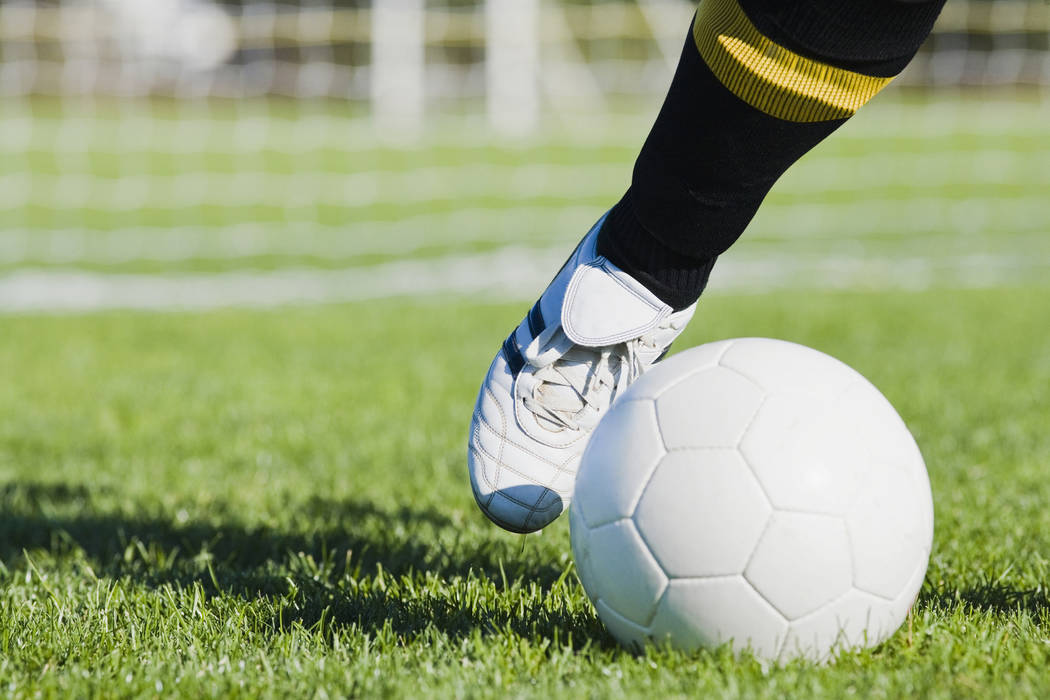 Del Sol took a first-half lead on a goal by Luis Mendoza, but the Vikings knotted the game on a penalty kick by Samuel Milenge.

Rodriguez scored twice to give the Vikings the lead, and Milenge added an insurance goal for Valley. Milenge also had two assists.

Sierra Vista 1, Desert Oasis 0 — At Sierra Vista, Leo Hwang scored in the 58th minute to power the Mountain Lions over the Diamondbacks.

Chance Witt made six saves to get the shutout for Sierra Vista.

Clark 2, Liberty 0 — At Liberty, Bryan Miranda made eight saves, including six in the second half, to register the shutout for the Chargers against the Patriots.

Tesfu Mebretom and Luis Cielo each scored for Clark, which led 1-0 at halftime.

Tech 4, Silverado 2 — At Tech, Cruz Velazquez and Alan Lopez each scored two goals to lead the Roadrunners past the Skyhawks.

Spring Valley 4, Foothill 0 — At Foothill, Bum Cho had two goals as the Grizzlies beat the Falcons.

Carlos Castro added a goal and an assist, Emanuel Deghang scored once, and Juan Pablo Tena had two assists for Spring Valley.

Alejandro Lopez got the shutout for the Grizzlies.

Diaz had two assists, and Lincoln Aquino and Moctezuma Maldonado each scored once for Coronado.

Josue Ruiz was credited with the shutout.

Pahrump Valley 9, Adelson School 0 — At Adelson School, Jose Chavez had four goals and an assist as the Trojans routed the Lions.

Christopher Vega had two assists, and Ian Kingsley got the shutout for the Trojans.

Tyson Tesfamariam had a goal and three assists, and junior varsity call-up Omar Villarreal added a goal and an assist for Durango.

Christopher Bramasco also scored for Durango, and goalkeepers Bryan Nava and David Garcia-Doyle combined on the shutout with five saves each.

Francisco Corona was credited with the shutout.

Mojave 9, Somerset-Losee 1 — At Mojave, Adam Trejo and Cesar Gonzalez each scored three goals to power the Rattlers past the Lions.

SLAM Academy 1, Innovations International 0 — At SLAM Academy, Kellin Aguilar scored in the 30th minute to lead the Bulls over the Ambassadors.