If you are having problems accessing today’s e-Edition, please click on this link VIEW E-EDITION
Las Vegas Review-Journal
October 9, 2018 - 9:20 pm 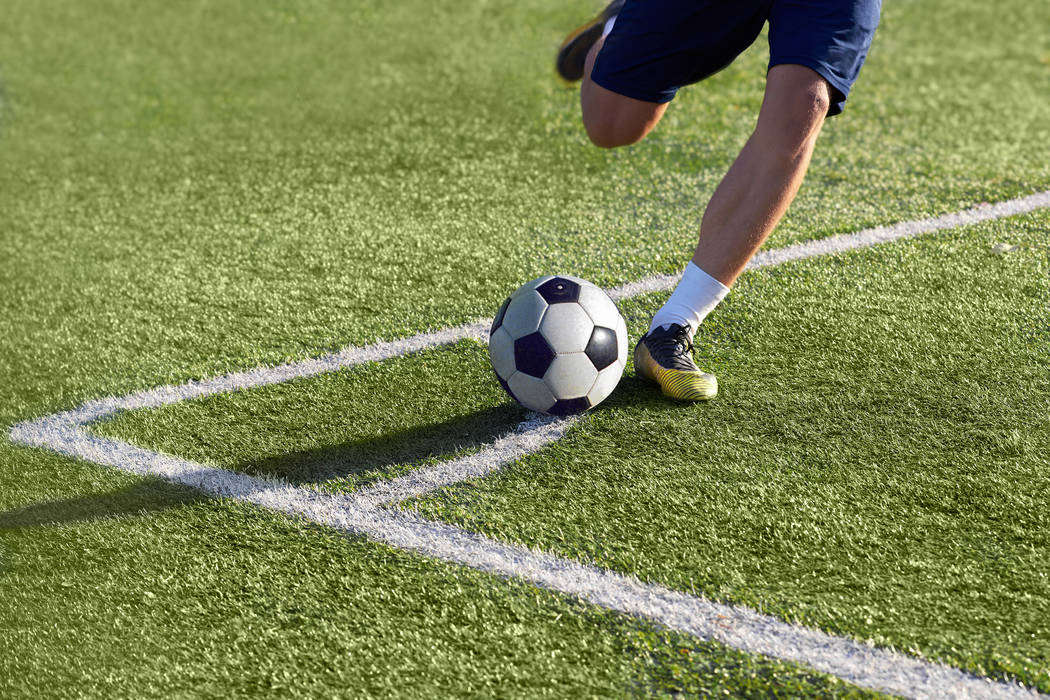 Erik Ramos scored in the final minute Tuesday to give the Desert Oasis boys soccer team a 4-3 home win over Tech.

Ethan Kovach had a goal and an assist for the Diamondbacks, and Alan Flores and Kevin Nevinger each added a goal for Desert Oasis.

Alex Mejia scored twice to lead the Roadrunners, who trailed 1-0 at the half. Asish Pandey added a goal for Tech.

Coronado 4, Durango 1 — At Coronado, Lincoln Aquino and Alfredo Diaz each scored twice to lead the Cougars over the Trailblazers.

Liberty 5, Foothill 1 — At Liberty, Hayden Prasad supplied two goals and an assist to lead the Patriots by the Falcons.

Dylan Jones had a goal and an assist, and teammates Marco Amezquita and Angel Leon each scored once for Liberty.

Sierra Vista 2, Green Valley 2 — At Green Valley, Alex Kruleski scored in the 76th minute to give the Mountain Lions a draw with the Gators.

Kai Zurflueh and Allan Bervera each scored once for Green Valley.

Bishop Gorman 1, Spring Valley 1 — At Spring Valley, Alexander Daseler scored on an assist from Aidan Yamachika in the 45th minute to give the Gaels a draw with the Grizzlies.

Bum Cho scored on an assist from Juan Pablo Tena in the third minute for Spring Valley.

Mojave 4, Pahrump Valley 2 — At Mojave, Oscar Gonzalez had three goals to lead the Rattlers over the Trojans.

Silverado 8, Basic 0 — At Silverado, Conner Barlow had three goals and two assists as the Skyhawks routed the Wolves.

David Matias-Flores had two goals and an assist, and Sean Borla had a goal and an assist for Silverado, which led 3-0 at the half.

Maddox Cox and Andreas Amirkhanian each added a goal for Silverado. Parker Deady and Levi Pedaggi combined on the shutout.

Basic keeper Jesus Ronces made seven saves, bringing him to 100 on the year.

Valley 9, The Meadows 0 — At Valley, Williams Cruz scored three goals as the Vikings rolled past the Mustangs.

Samuel Milenge and Jose Valles each added a goal and two assists for Valley, which scored five first-half goals.

Bryan Molina, Shadrack Milenge, Cenobio Martinez-Mendez and Axel Leon each added a goal for the Vikings.

David Ramirez was credited with the shutout.

Del Sol 8, Somerset-Losee 0 — At Somerset-Losee, Diego Montes scored twice, and Angello Portocarrero and Luis Martinez-Fernando each had a goal and an assist as the Dragons routed the Lions.

Luis Mendoza and Luis Zuniga each had a goal and an assist for Del Sol, and Jesus Sanchez and John Rodriguez-Barrios each scored once for the Dragons.

Western 17, Adelson School 0 — At Western, Juan Estrada had six goals, and Jose Muniz had seven assists as the Warriors rolled over the Lions.

Francisco Corona was credited with the shutout.

Coral Academy 4, SLAM Academy 3 — At Heritage Park, the Falcons scored on a penalty kick just before time expired to defeat the Bulls.

Samuel Goodloe, Ivan Romero and Marlon Aguilar-Melgar each had a goal for SLAM Academy.