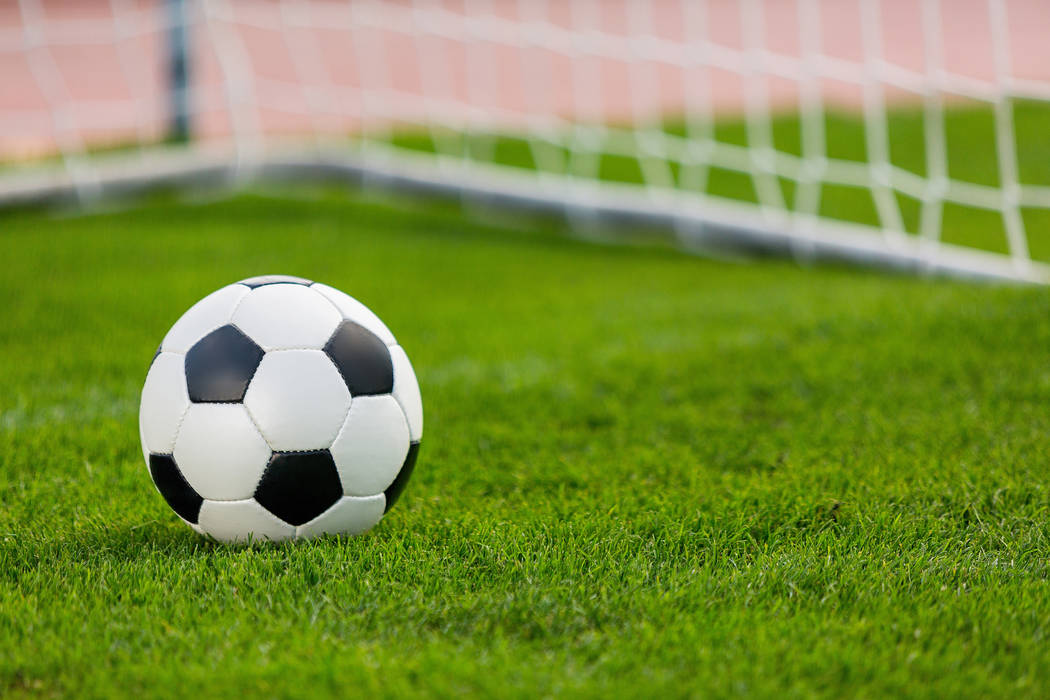 The Crusaders and Grizzlies were tied at 1 at halftime, but the Crusaders (22-0-1) scored twice after halftime to move on. They will meet Coronado, a 1-0 winner over Centennial, in the championship match at 11 a.m. Saturday at Hug High School in Reno.

Camille Longabardi had a goal and an assist, while Kennedy Lazenby put in a goal. Jordan Brown had seven saves for the Crusaders.

Coronado 1, Centennial 0 — At Reno, the Cougars avenged an its only loss of the season shutting out the Bulldogs to advance to the state championship game.

Coronado (20-1-4) scored a first-half goal and made it stand up the rest of the way Friday. It will meet Faith Lutheran for the state title at 11 a.m. Saturday.

South Tahoe 1, Virgin Valley 0 — At Reno, the Bulldogs had their season end in the state semifinals after they couldn’t match a second-half goal.

Truckee 2, Boulder City 1 — At Reno, the Eagles played the three-time defending state champion Wolverines even for a half but allowed a second-half goal that proved to be the difference in a state semifinal loss.

Eldorado 3, Galena 2 (OT) — At Reno, the Sundevils allowed a game-tying goal in the final seconds of regulation, but scored in the third minute of overtime in the state semifinals at Hug High School.

Eldorado (19-2-4) advances to meet Bishop Gorman for the state championship at 1 p.m. Saturday. The Sundevils and Grizzlies were scoreless at halftime but went back and forth with goals throughout the second half. Eldorado took the lead with seven minutes left, but the Grizzlies answered to push it to overtime.

Bishop Gorman 2, Spanish Springs 0 — At Reno, the Gaels scored once in the first half and once in the second to reach the state championship game.

The Gaels (25-0-1) will meet Eldorado for the crown at 11 p.m. Saturday. Diesel Fiore earned the shutout for Gorman, which slowed a Spanish Springs team that was playing for the second straight day after a shootout win over Las Vegas in Thursday’s second round.

Western 4, North Valleys 0 — At Reno, the Warriors scored two goals in the first half and twice more in the second to cruise into the state championship match at Wooster High School.

Western (21-1-1) will meet a familiar foe in Sparks. The two played for the title last year, with the Warriors claiming a 3-1 victory for their first state championship.