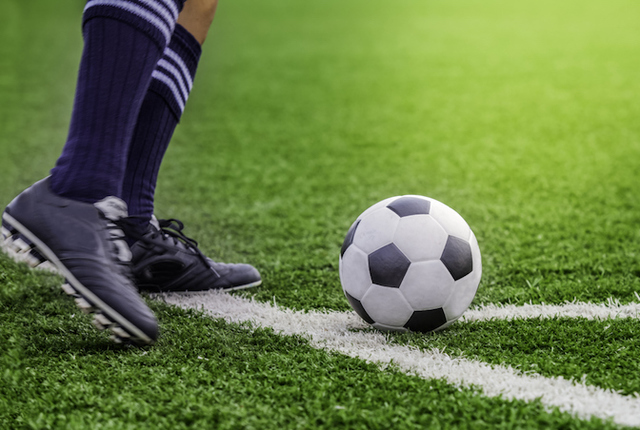 Margie Farnsworth scored on an assist from Victoria Bravo in the 75th minute to give Silverado’s girls soccer team a 2-1 road win over Sierra Vista on Tuesday.

Bravo scored the other goal for the Skyhawks.

Eldorado 8, Mojave 1 — At Mojave, Brianna Duran notched five goals and two assists to power the Sundevils by the Rattlers.

Angelica Lamas had two goals and an assist, and Nicole Pena contributed a goal and three assists for Eldorado.

Jaden Terrana and Gianna Lacey each added a goal for the Gaels, and Kenzie Carr had two assists.

Emilie Hong and Kirsten Kircher combined on the shutout.

Gizelle Reid and Marlene Godoy each scored twice for Rancho, which led 5-0 at halftime.

Faith White and Valeria Valencia added the Rams’ other goals.

Boulder City 4, Del Sol 0 — At Boulder City, Jordyn Trobiani had a goal and an assist as the Eagles defeated the Dragons.

Goalkeeper Erin Taggard earned the shutout with one save for the Eagles.

Tech 5, Valley 0 — At Tech, Melissa Lopez finished with two goals and an assist, and Alysia Mestas scored twice as the Roadrunners shut out the Vikings.

Leslie Santos had a goal, and Adriana Guzman added two assists to lead Tech, which led 3-0 at halftime.

Devina Gallegos and Valerie Webb each had an assist for the Roadrunners.

Tech’s Serena De La Rosa made one save to earn the shutout.

Arbor View 9, Canyon Springs 0 — At Arbor View, Taylor Hill had two goals and an assist, and Allyssa Larkin scored twice to help the Aggies coast past the Pioneers.

Haylee Niemann and Jillian Hudson combined on the shutout.

Sydney Dennis scored twice, and Grace Gundacker added a goal and an assist for Pahrump, which scored four times in the second half after the teams were tied 2-2 at halftime.

Italia Bracamontes had two goals for Moapa Valley, and Ashlyn Western and Lainey Cornwall each added a goal for the Pirates.

Coronado 1, Faith Lutheran 0 — At Faith Lutheran, Evie DiFiore scored in the second half to lift the Cougars past the Crusaders in the Las Vegas Kick-Off.

Legacy 3, Cheyenne 0 — At Green Valley, Emma Singleton scored two goals, and Gabriella Lancaster supplied a goal and two assists as the Longhorns shut out the Desert Shields in the Las Vegas Kick-Off.

Isabella Skrinjaric had an assist, and Cathalina Makekau made two saves to earn the shutout for Legacy.

Adelina Jasso had an assist for Western, which got the shutout from goalkeeper Alejandra Alvarez-Torres.

Green Valley 2, Cimarron-Memorial 0 — At Green Valley, Alexis Kirson and Grace Panik each had a first-half goal to lead the Gators over the Spartans in the Las Vegas Kick-Off.

Emberly Sevilla and Ryan Sabol combined on the shutout.

Shadow Ridge 7, Clark 0 — At Faith Lutheran, Camryn Grant and Taylor Lee each scored twice to help the Mustangs defeat the Chargers in the Las Vegas Kick-Off.

Elin Blomstedt Larrson and Makensie Turner combined on the shutout.

The Las Vegas boys remained No. 1 in the boys soccer poll, while the Coronado girls leaped over Faith Lutheran to take the top spot.