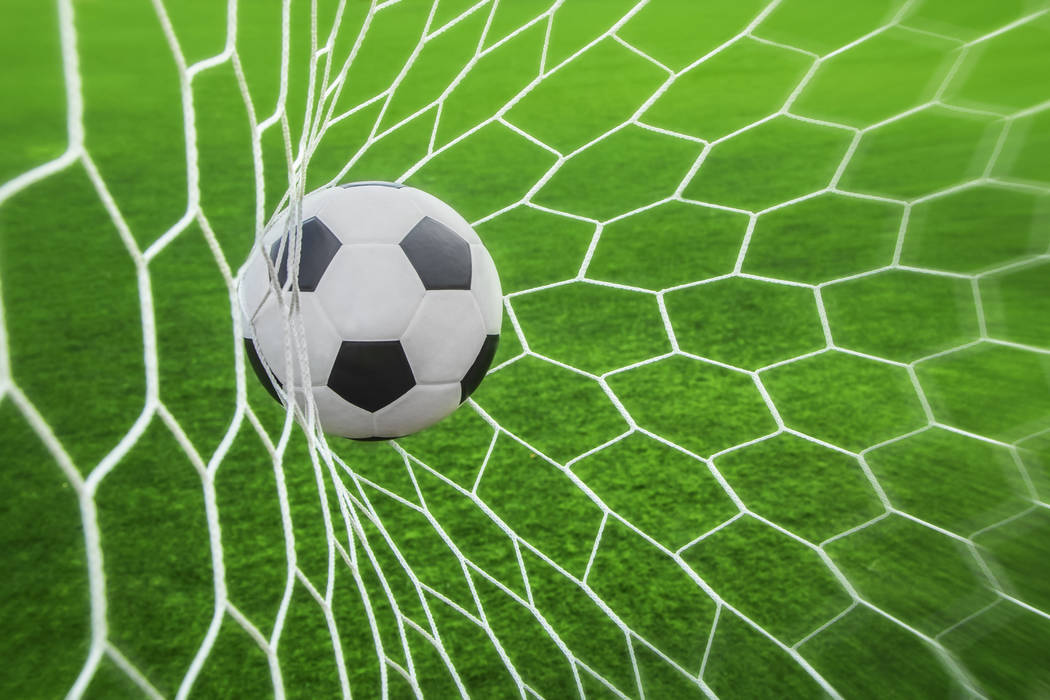 Makenna Curcuru scored first on an assist from Emily Wickens to tie the game at 1-1. Wickens then assisted Leili Rosenberg to put the Cougars up 2-1.

The play was originally called offside, but was reversed because the pass deflected off the last defender.

Carlee Giammona and Olivia Packer each scored for Palo Verde (5-1).

Virgin Valley 1, Boulder City 0 — At Mesquite, Rainee Brito scored in the first half on an assist by Ally Wright as the Bulldogs blanked the Eagles.

Goalkeeper Alyson Cook had two saves to earn the shutout.

Basic 4, Eldorado 2 — At Basic, Allyson Lieber had two goals and an assist to lead the Wolves past the Sundevils.

Sydnie Hopkins added a goal and an assist for Basic, and teammate Mylah Bodison scored a goal.

Sierra Vista 2, Spring Valley 1 — At Spring Valley, Michaela Budnick had a goal and an assist to lead the Mountain Lions past the Grizzlies.

Mackenzie Carcelli scored on a penalty kick for Spring Valley.

Silverado 3, Valley 0 — At Silverado, the Skyhawks scored twice in the first half to cruise past the Vikings.

Kayla Meyer, Jemalyn Dacanay and McKenzie Papa each had a goal for Silverado.

Crystal Hollis and Savanna Lopez combined on the shutout.

Bonanza 4, Durango 0 — At Bonanza, Celina Gomez and Ashley Vasquez each had a goal and an assist as the Bengals beat the Trailblazers.

Alicia Kester made three saves to get the shutout.

Liberty 5, Las Vegas 0 — At Las Vegas High, London Pavlica and Jordyn McCollum each scored two goals to power the Patriots by the Wildcats.

Mia Edwards added a goal for Liberty, which led 4-0 at halftime.

Maggie Bender and Mariah Neshkoff each added a goal for Green Valley.

Ryan Sabol made one save in the shutout.

Tech 8, Del Sol 0 — At Tech, Analysa Zepeda had two goals and two assists as the Roadrunners blanked the Dragons.

Adriana Carrillo and Samantha Elliott each supplied two goals and an assist for Tech. Maria Galindo added a goal and two assists, and teammate Emily Sepulveda also scored for the Roadrunners.

Bishop Gorman 8, Clark 0 — At Gorman, Gianna Gourley had three goals and an assist to help the Gaels top the Chargers.

Samantha Nieves added three goals for Gorman, which led 6-0 at the half.

Jacqueline Hillegas added a goal and an assist, and Sophie Baldizan also scored for the Gaels.

Kirsten Kircher and Hannah Lee combined on the shutout.

Ari Gronauer scored about four minutes into the second half for the only goal as defending state champion Faith Lutheran defeated Bishop Gorman on Thursday.

Faith Lutheran and Bishop Gorman will meet twice this spring as two of the eight schools playing girls soccer in Southern Nevada.