If you are having problems accessing today’s e-Edition, please click on this link VIEW E-EDITION
Las Vegas Review-Journal
April 28, 2020 - 3:13 pm 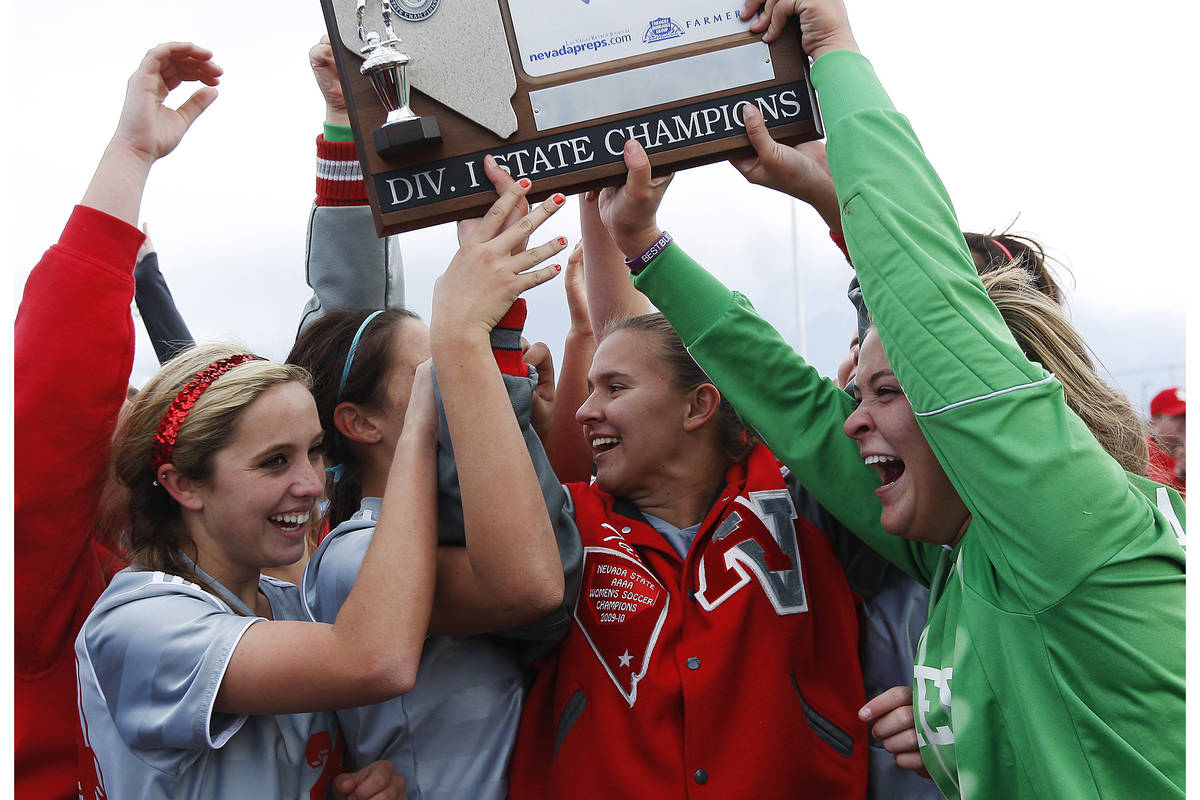 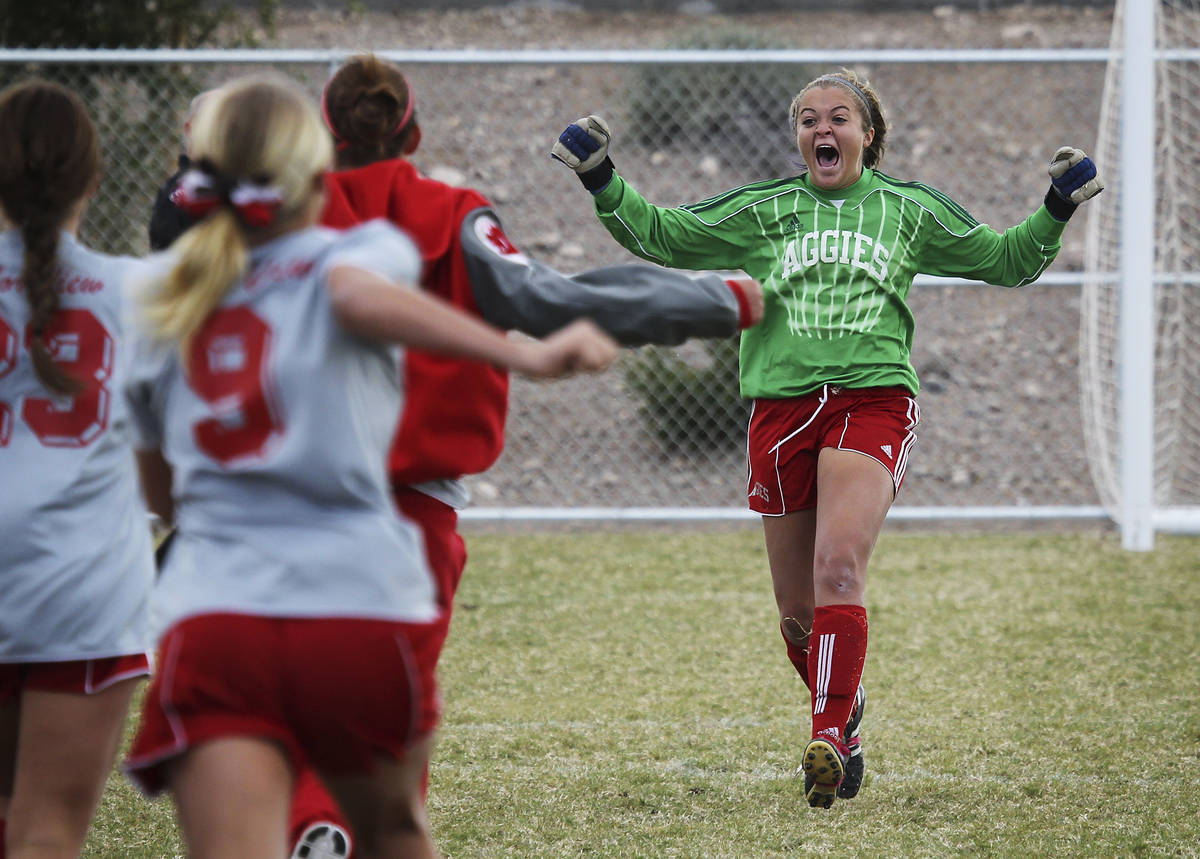 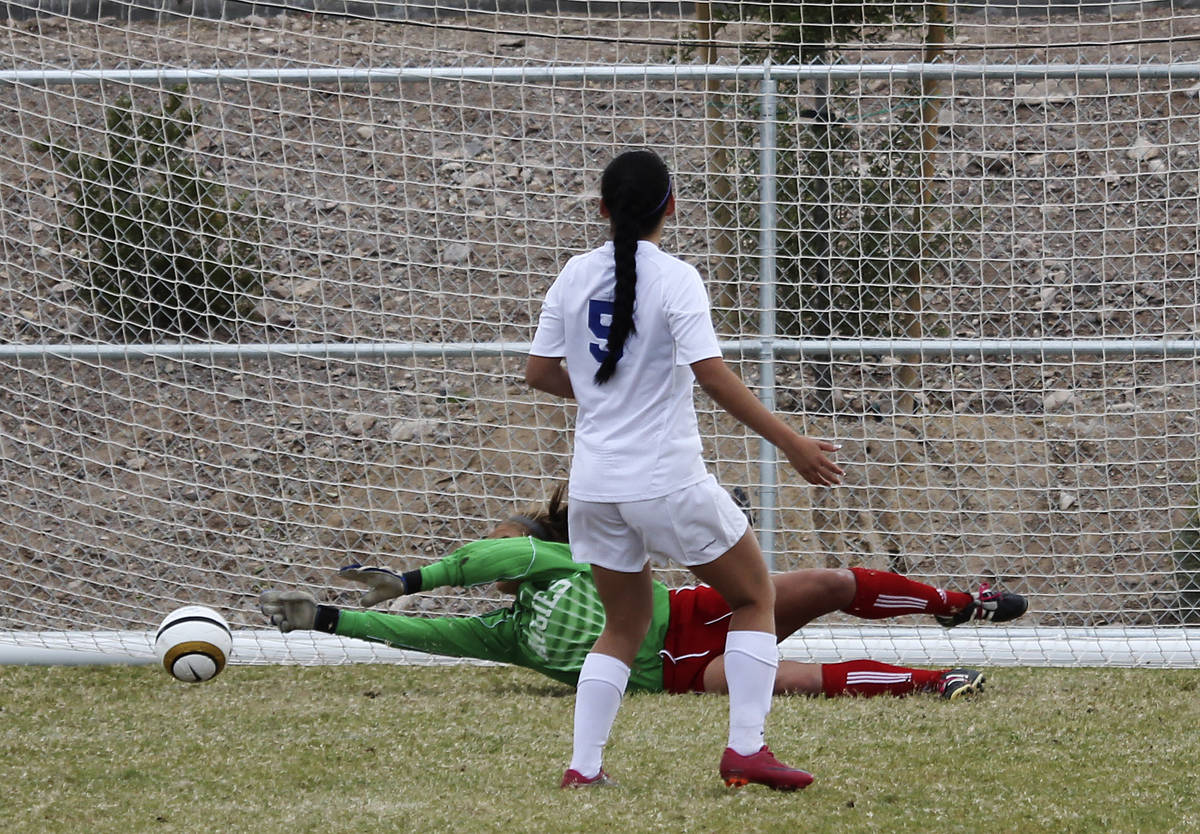 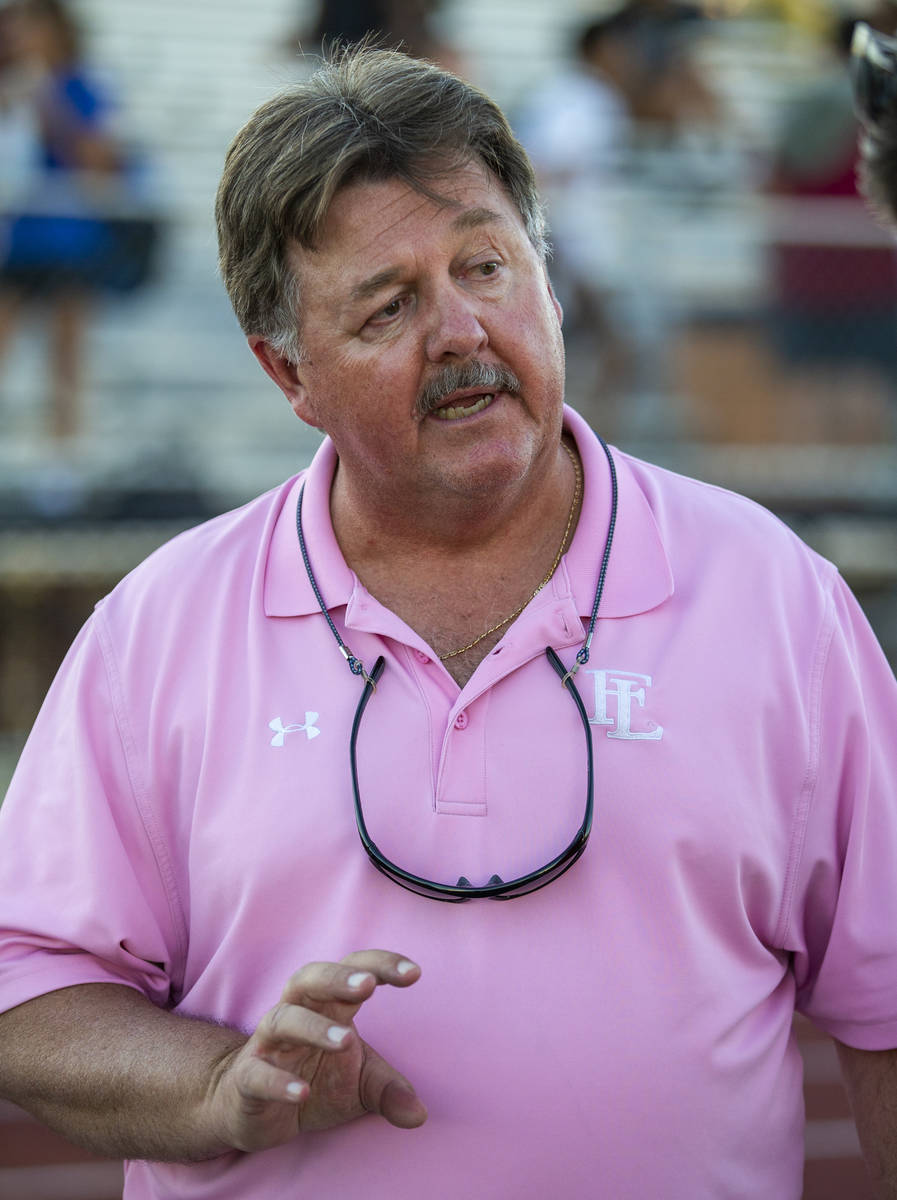 Faith Lutheran's head coach Bob Chinn on the sideline versus Arbor View during the second half of their soccer game on Monday, Oct. 7, 2019 in Las Vegas. (L.E. Baskow/Las Vegas Review-Journal) @Left_Eye_Images

Third in a series: Here are the top five high school state girls soccer championship games from the 2000s, as selected by the Review-Journal staff. Thursday: boys soccer.

Jordan Brown made eight saves in recording her 18th shutout of the season to lead the Crusaders to their first Class 4A state championship in any sport.

“It was a total team effort,” Faith Lutheran coach Bob Chinn said. “It’s a nice way to put a bow on the season.”

Kristen Young’s goal six minutes into the second overtime lifted the Trojans to one of the two Class 4A championships. The bulk of Southern Nevada’s Class 4A teams played girls soccer in the winter, but Pahrump Valley, Faith Lutheran and the Northern Nevada teams played in the fall.

Pahrump’s Sierra Tucsnak banged home a rebound in the 74th minute to tie the match and force the overtime.

In the second overtime, Sydney Sladek took a pass from midfield and sent the ball over a Manogue defender to Young, who deflected the ball off her midsection.

“I knew Syd would get it right to me,” Young said. “I finished it with everything I had.”

Cortney Sobrero’s 44th goal of the season was the only one scored in the first Southern Nevada state girls soccer championship game.

Sobrero scored in the first minute of the second half on a 30-yard shot.

“We tried to mark her as hard as possible,” Green Valley coach Joseph Jablonski said. “We knew if there was an open shot, she was going to take it. My girls did an excellent job. Unfortunately, one got away.”

Ashley Bennett made 10 saves for the Cowboys.

Rachel Taylor was the only one who didn’t know she had scored the winning goal in overtime. Until everyone piled on top of her.

Taylor headed in Steffany Becker’s corner kick in the third minute of the second overtime to lift the Bengals over Palo Verde in the Southern Nevada state championship game.

“I was lying on the ground, and I thought it was out,” Taylor said. “And everybody jumped on me and brought tears to my eyes, because I didn’t know it had gone in.”

Palo Verde had 11 shots on goal, eight of them in the second half, and had a shot to win in overtime, but Bonanza goalkeeper Katie Simons made a big save on a shot by the Panthers’ Britney Bostick.

“She is by far the best goalkeeper in this town,” Bonanza coach Gerald Kearney said. “And the funny thing with her is she hates playing goalie. She always bugs me to be on the field and score the goals.”

Hayley Fife stopped Paulina Buskas’ penalty-kick attempt in the final shot of a shootout to give the Aggies the first of their five straight state championships.

Jessica Longhurst cashed in to start the final round of penalty kicks, giving Arbor View a 4-3 lead in the shootout.

“It’s probably the scariest thing I’ve ever done,” Longhurst said. “I was shaking. All I thought was, ‘Don’t miss it.’ ”

Games decided by shootout are recorded as ties by the NIAA, and Green Valley (17-0-3) technically finished the season undefeated, though as a state runner-up.