If you are having problems accessing today’s e-Edition, please click on this link VIEW E-EDITION
By W.G. Ramirez Las Vegas Review-Journal
May 17, 2019 - 10:32 pm 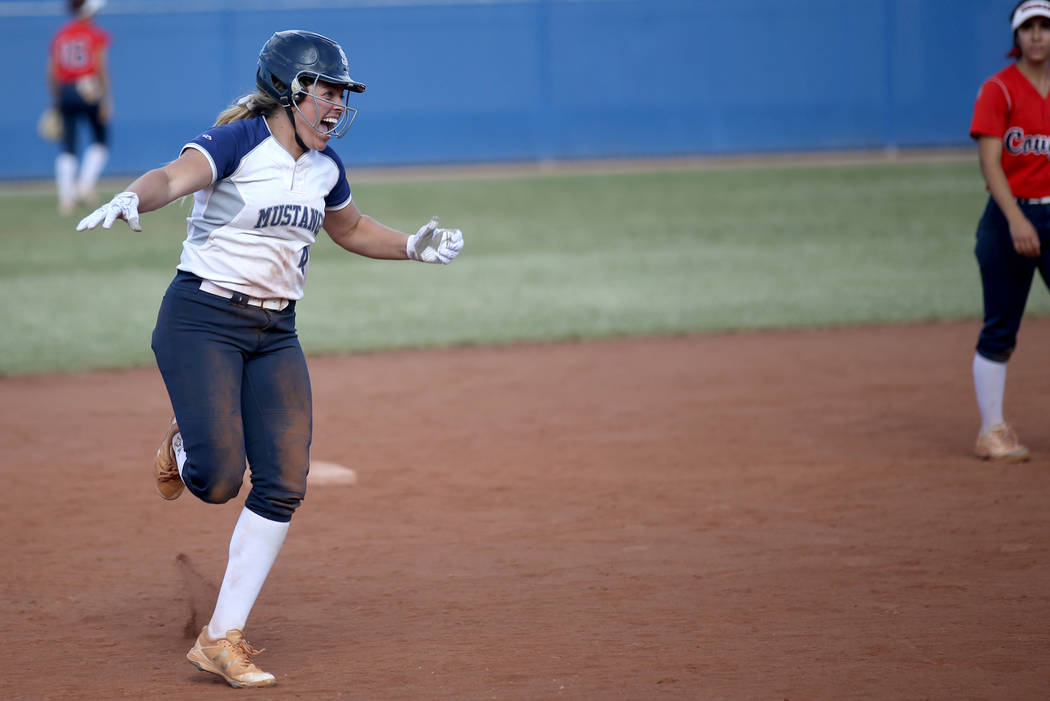 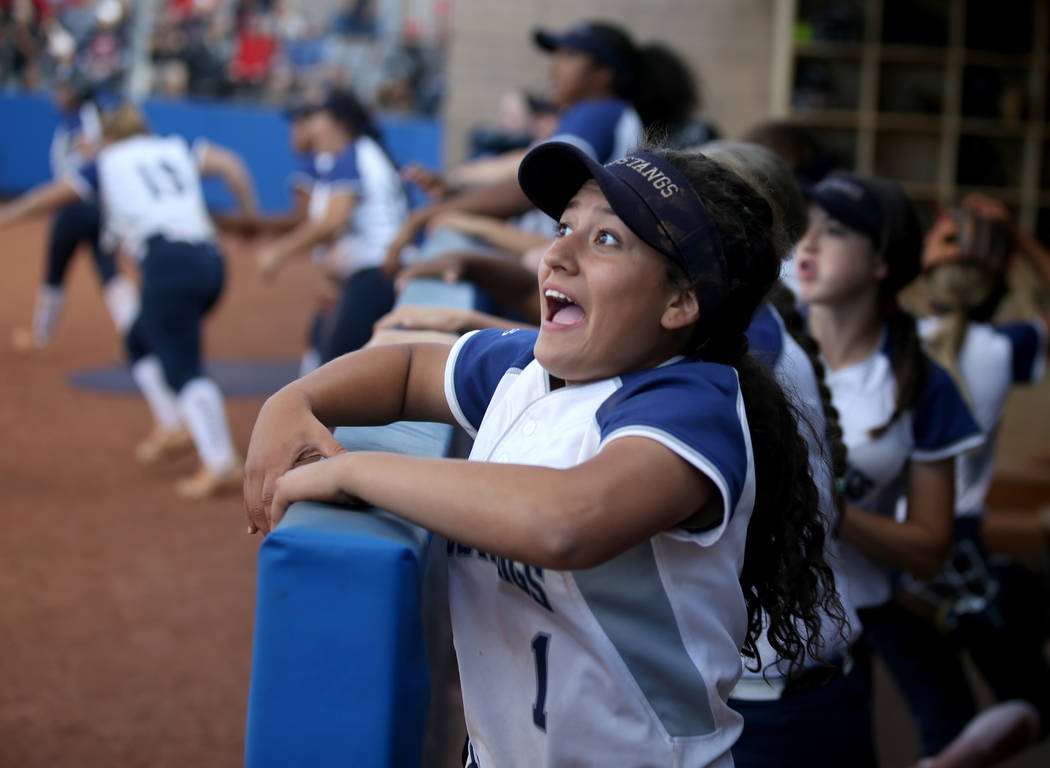 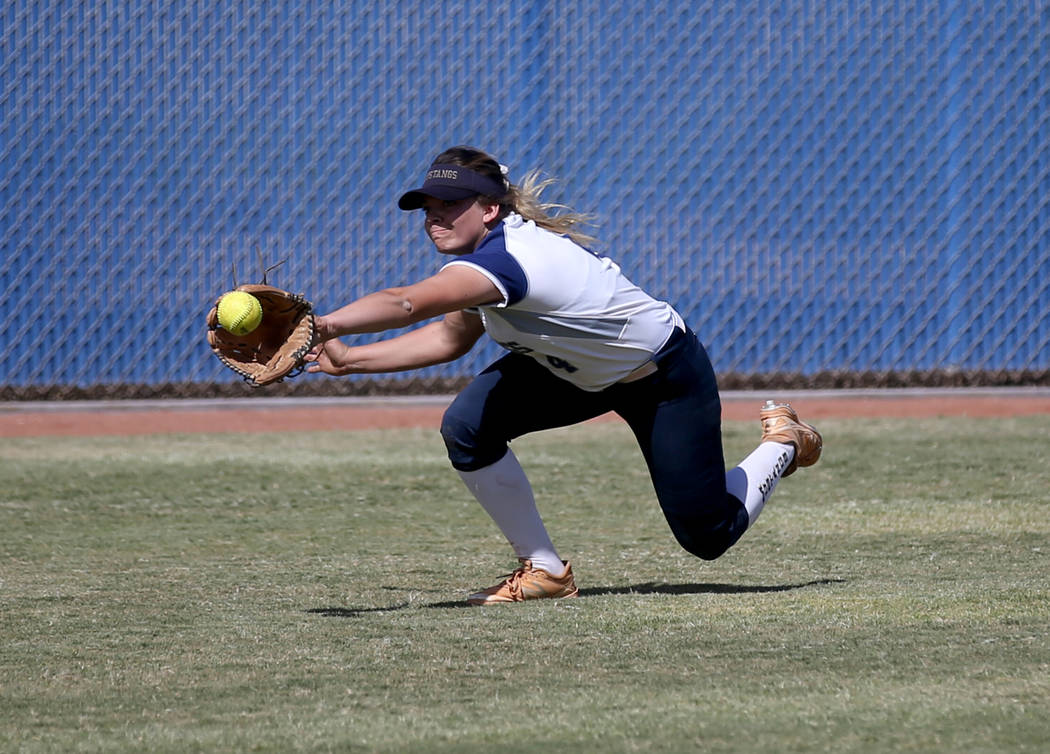 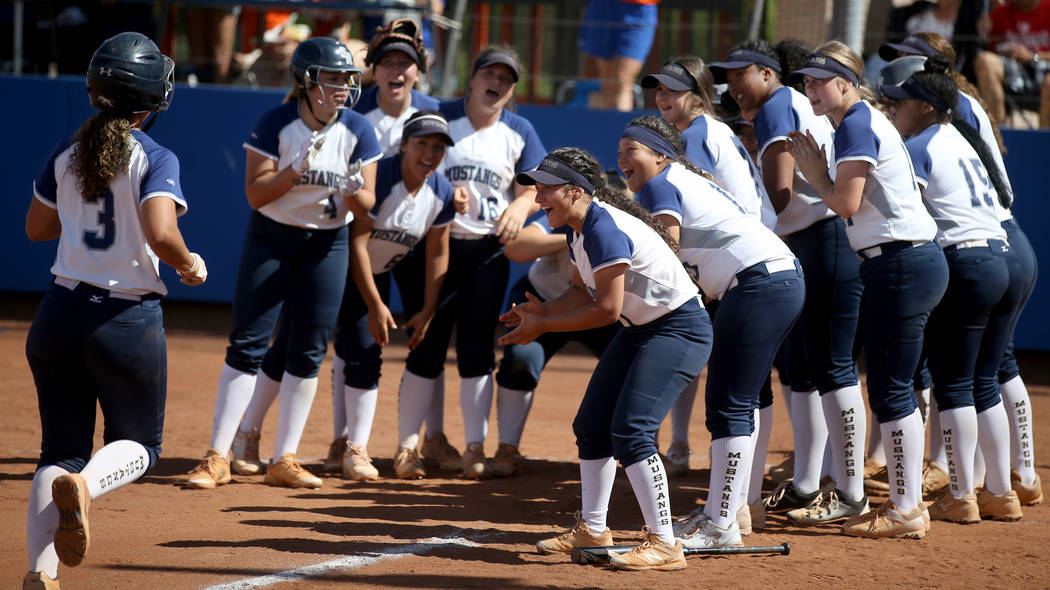 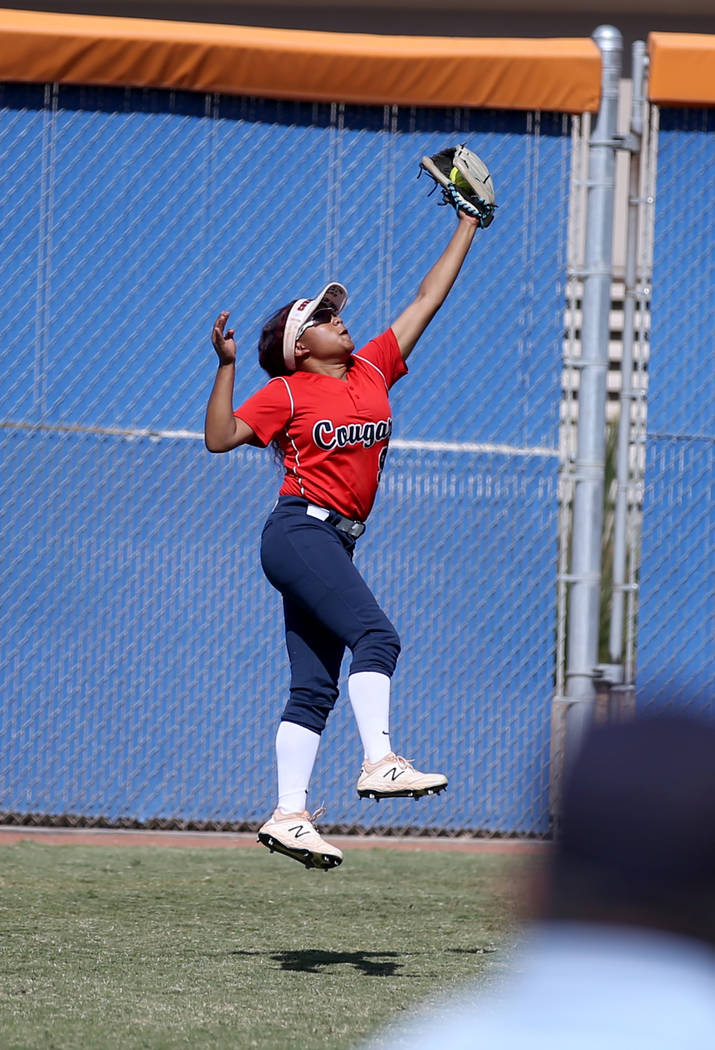 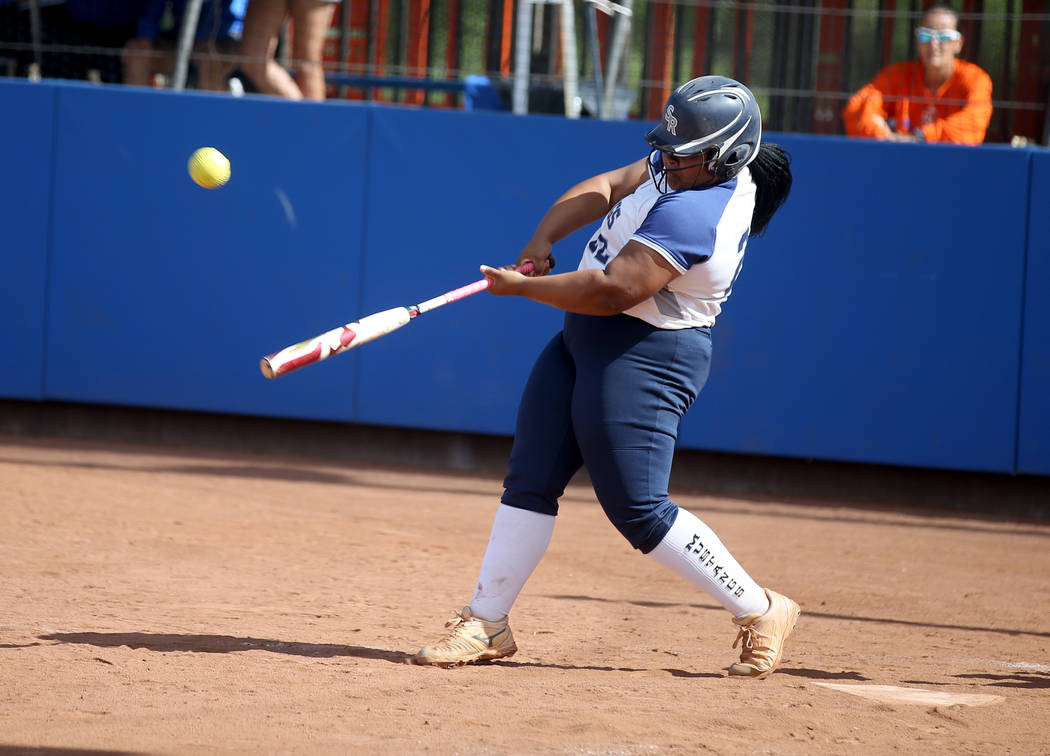 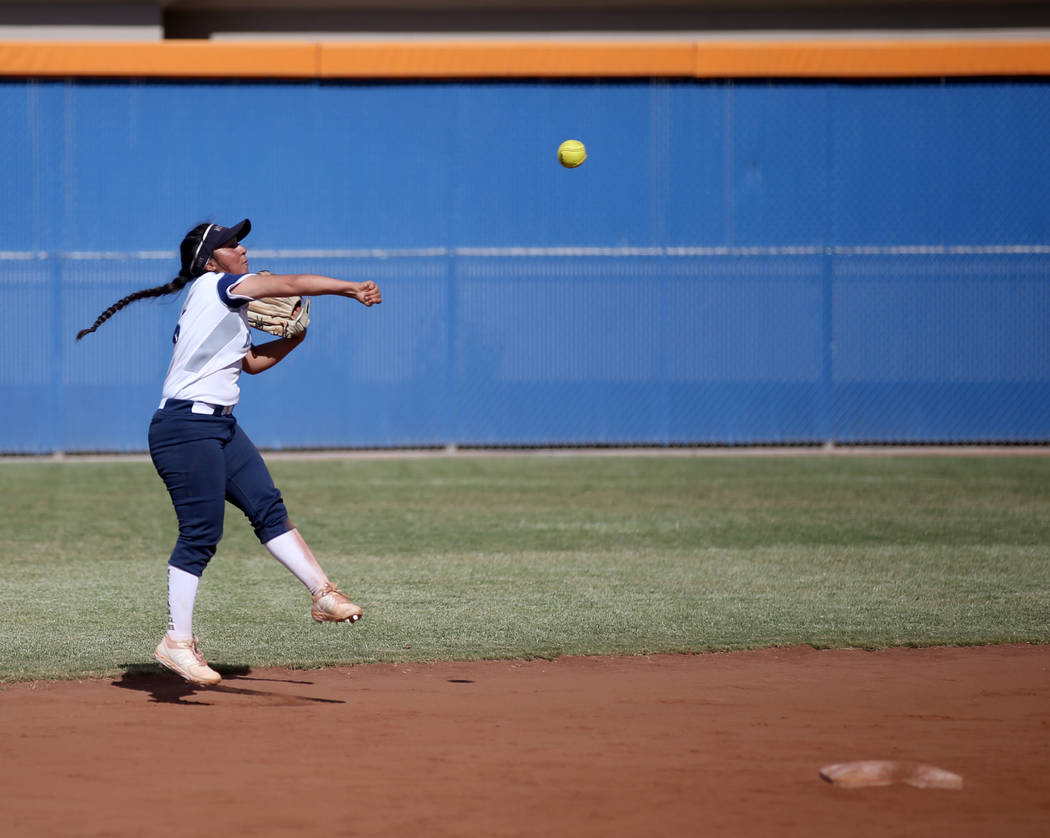 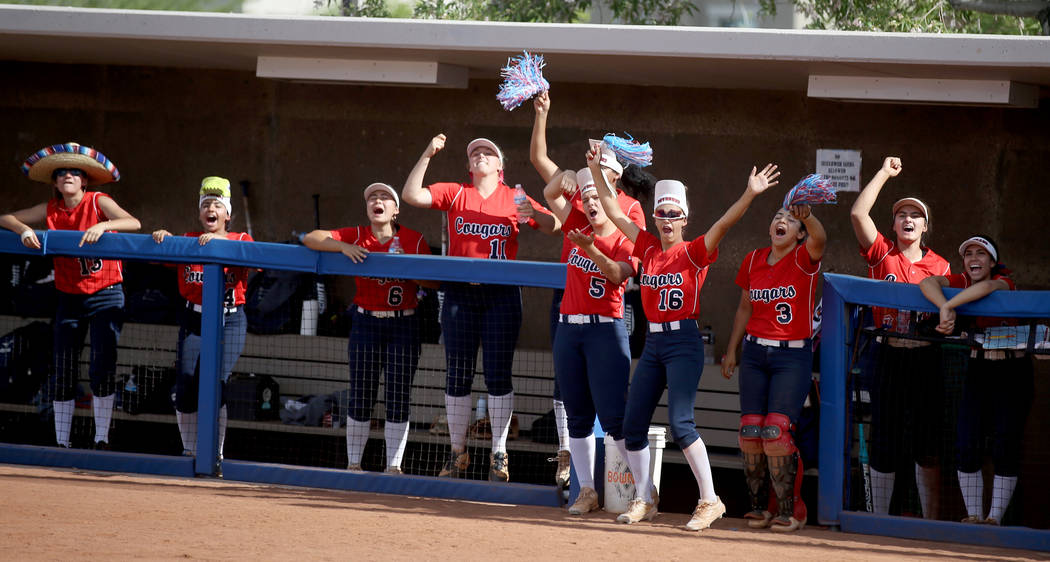 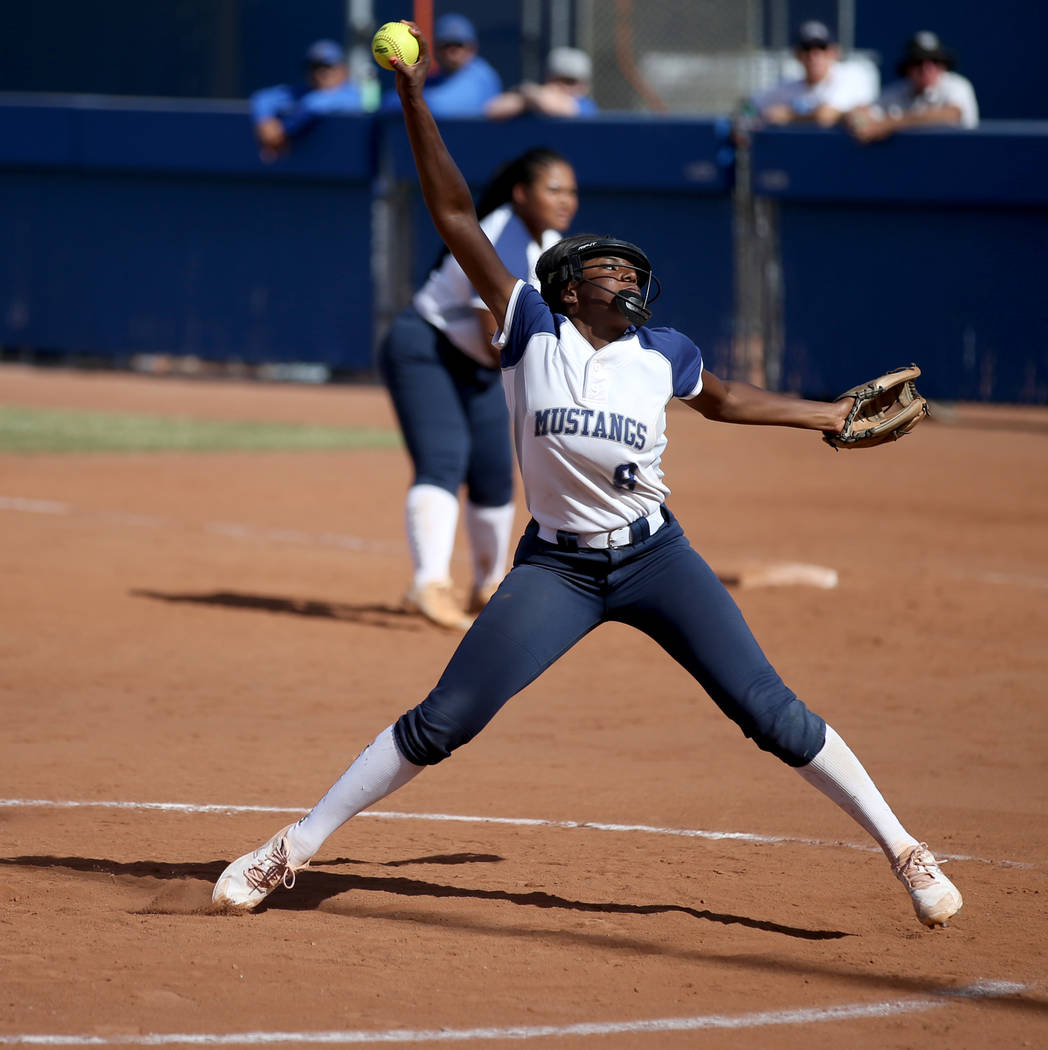 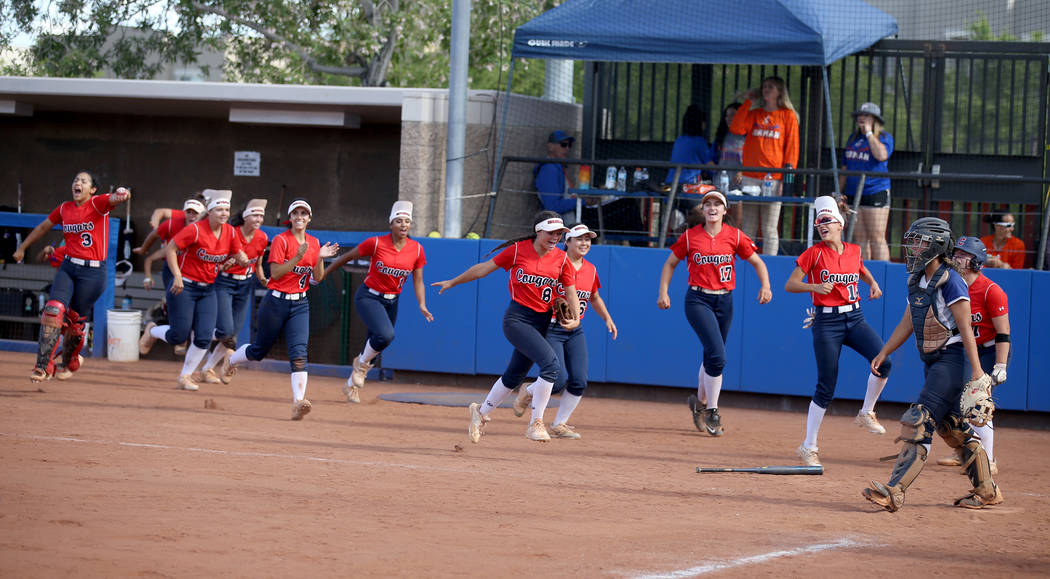 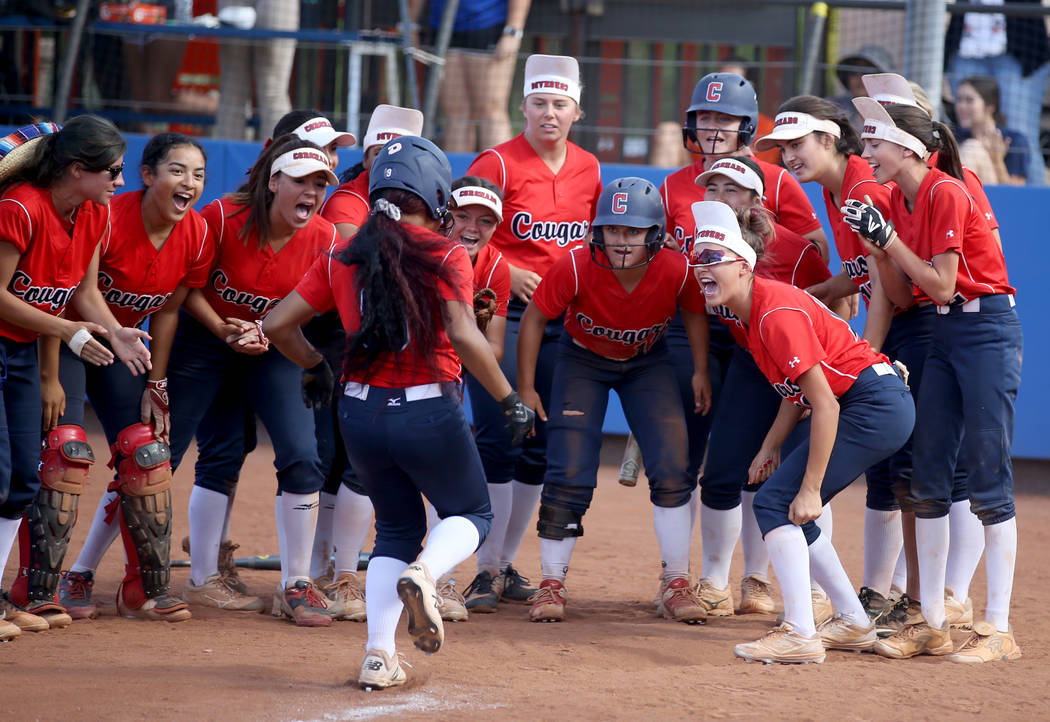 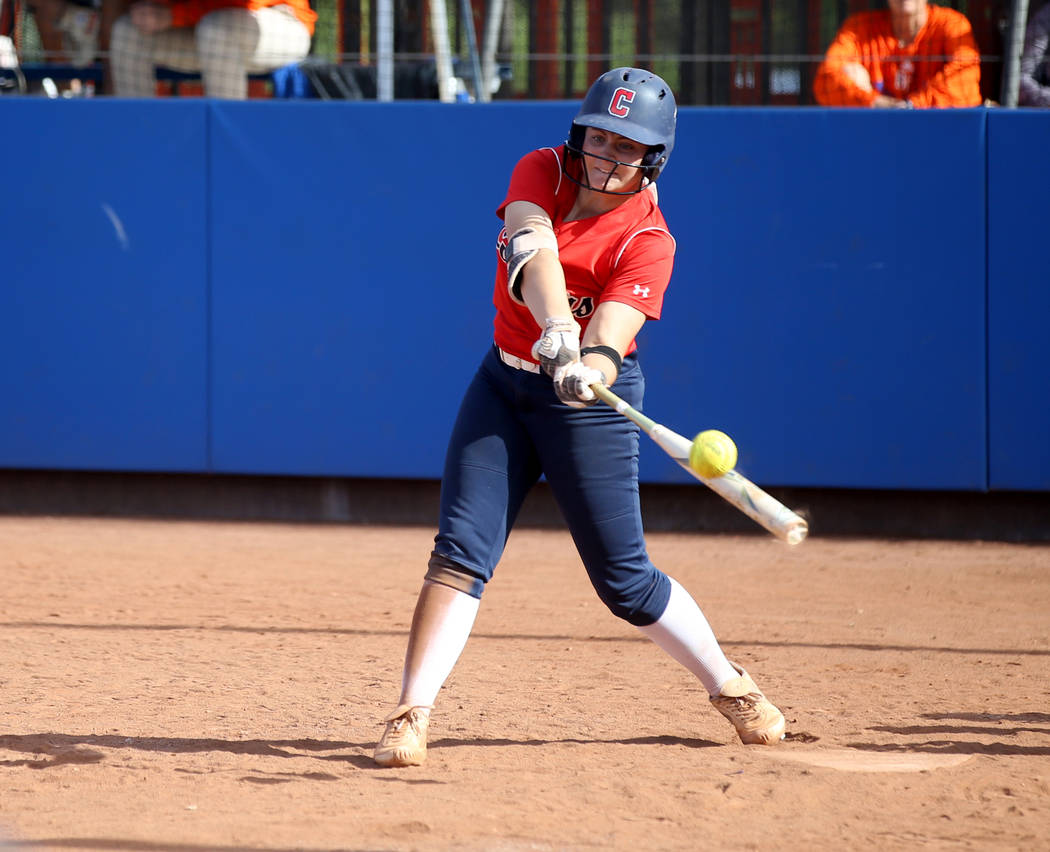 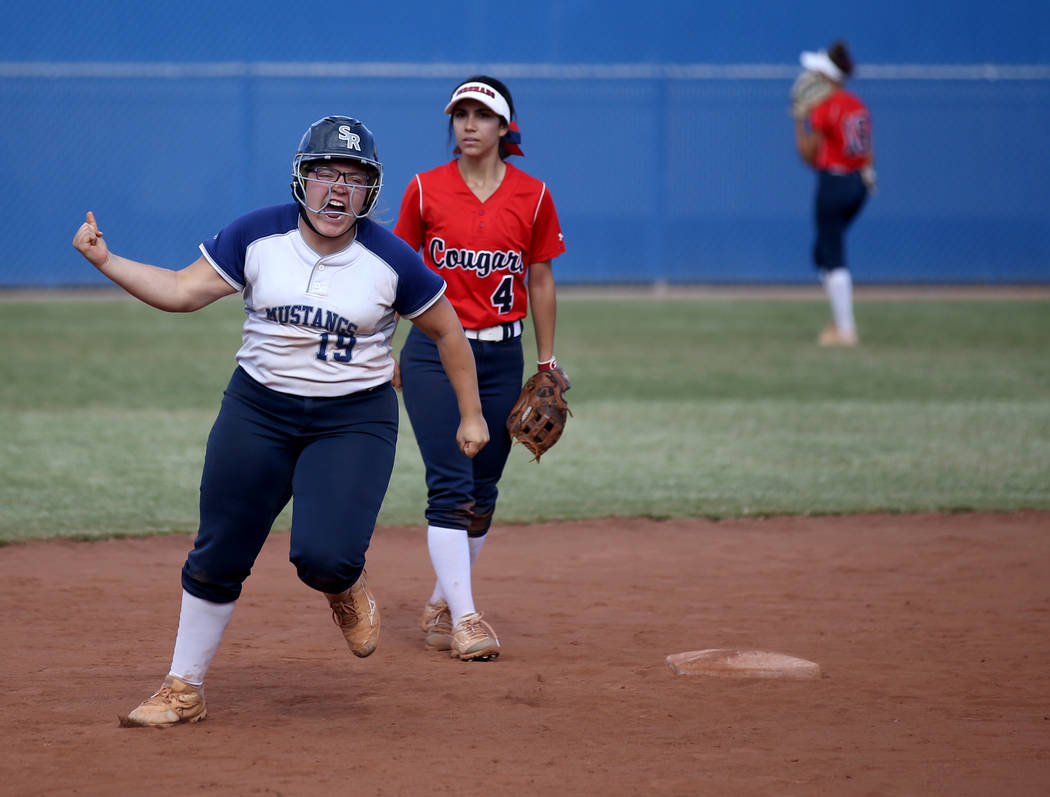 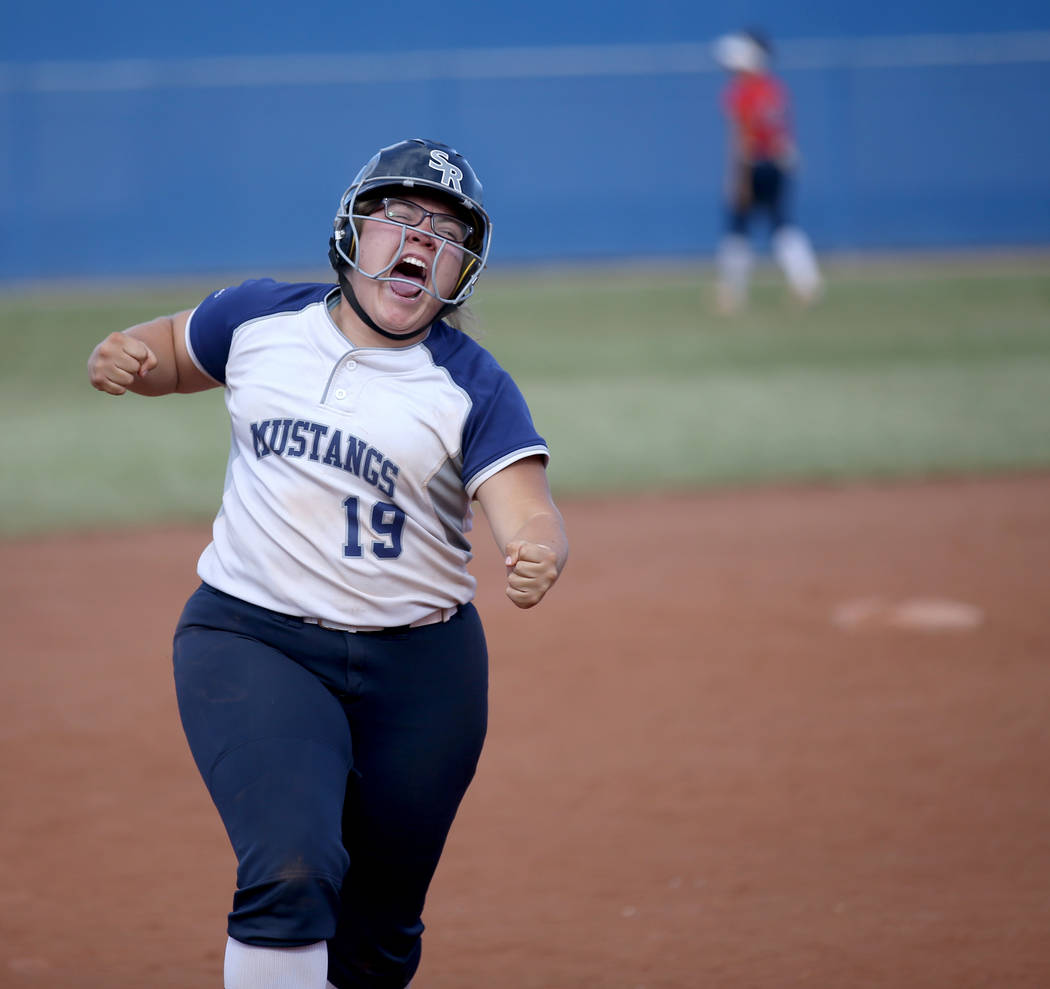 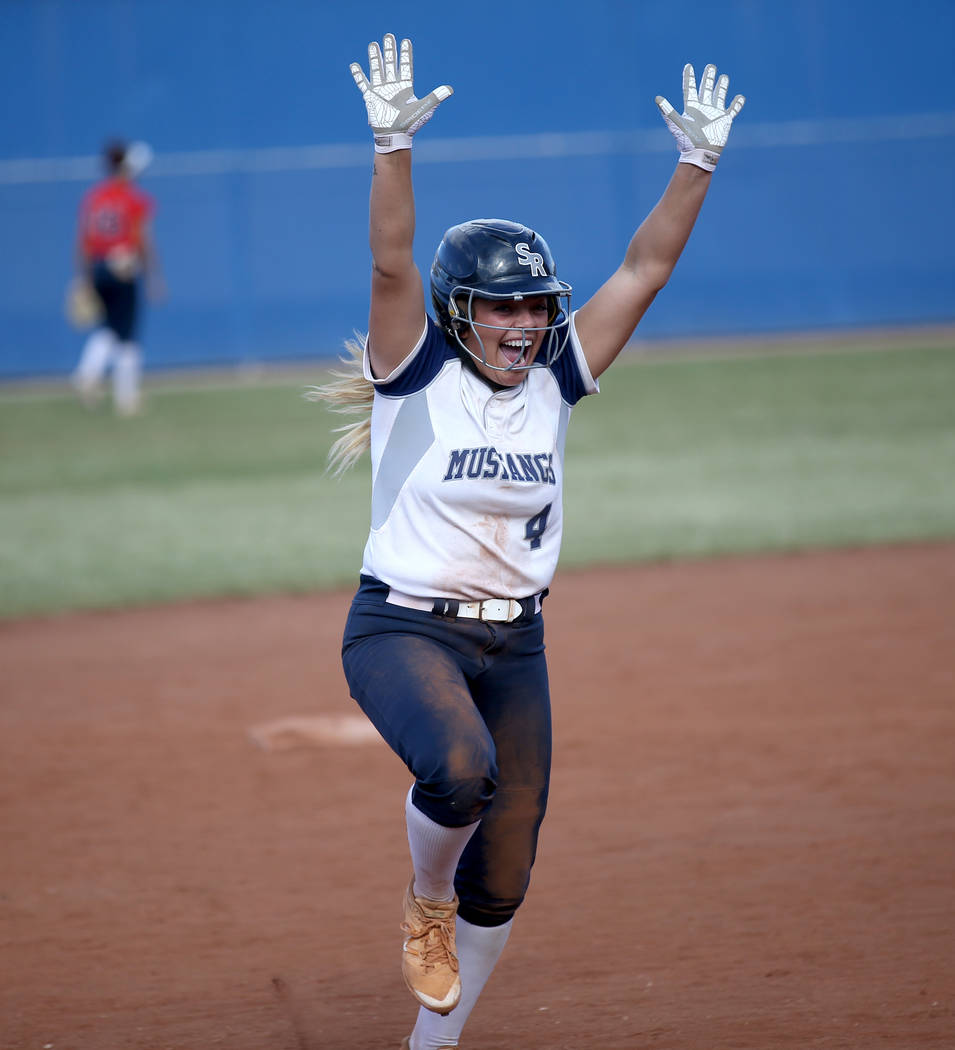 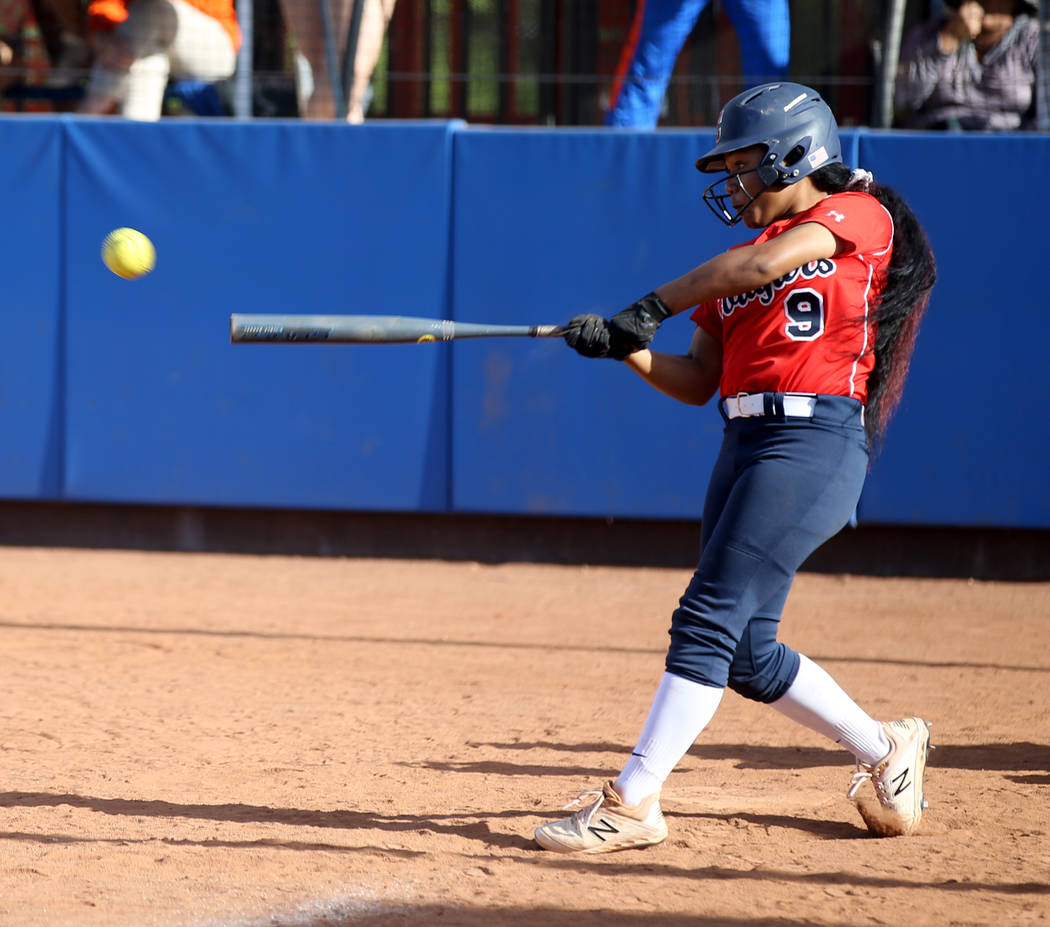 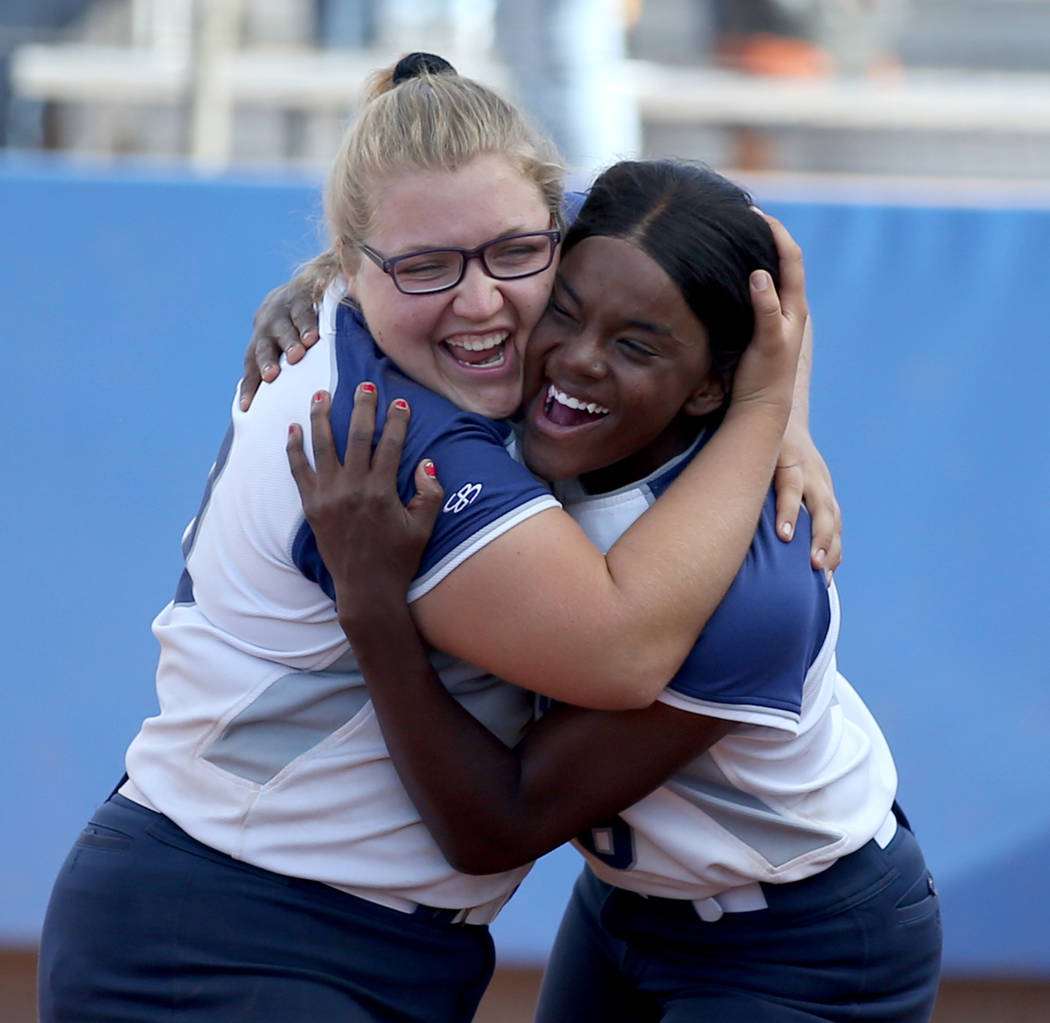 Shadow Ridge has been to six state softball tournaments but never had reached the championship game.

Senior Shea Clements changed that with one swing.

The Dixie State-commit blasted a home run to lead off the bottom of the sixth inning to help Shadow Ridge defeat Coronado 7-6 in Friday’s winners bracket final of the Class 4A state tournament at Bishop Gorman.

Yet despite her heroics, Clements refused to steal the spotlight from her team.

“It feels so amazing I get to be a part of this and give it to our seniors because we owe it to them,” said sophomore Kyanna Galvan, whose seventh-inning catch in right field helped preserve the win. “It’s just a group effort, and it’s so fun to be a part of.”

The Cougars scored two in the third inning to pull within 3-2.

Coronado took a 6-3 lead in the fourth on two-run homers from Kaila Angel and Madi Stephens.

The Mustangs then rallied. Jasmine Martin led off the bottom half of the fifth with a walk, and Alyssa Stanley singled. Then, with two outs, Sydney Morgan crushed a three-run homer to tie the score and set the stage for Clements’ decisive shot.

“We just worked so hard to get where we’re at,” Clements said. “We push past our limits. We go the distance that nobody else would go. This is a work-hard team. We push for what we want. And when somebody takes the power away from us, we just gain that power right back and know that we’re gonna fight for what we want. It’s not just given. Everybody is crucial to this team.”

Clements finished 2-for-2 with two runs and two RBIs, and Covington went 2-for-3 with a run and two RBIs.

Angel went 3-for-4 with two runs, three RBIs, a triple and her homer for Coronado, and Ashley Ward was 2-for-3 with two doubles and a run.

Basic 7, Spanish Springs 6 — Madisen Berg’s single with two outs in the top of the 11th inning plated Mikayla Berg with the go-ahead run and helped the Wolves eliminate the Cougars.

Mikayla Berg doubled with one out in the 11th and stole third. After a ground out, Madisen Berg hit a 3-1 pitch into left field for an RBI single.

Mikayla Berg and Sanoe Helenihi each went 2-for-5, and Lauren Koshak was 2-for-6 with two RBIs for Basic.

Centennial 1, McQueen 0 — Jillian Bartley’s home run in the top of the seventh inning lifted the Bulldogs past the Lancers in an elimination game.

Kaylee Pierce was 2-for-3 with a double for Centennial.

McQueen starter Rylie Miller struck out 11 in six innings. Deanna Johnson was 2-for-3 for the Lancers (26-13).