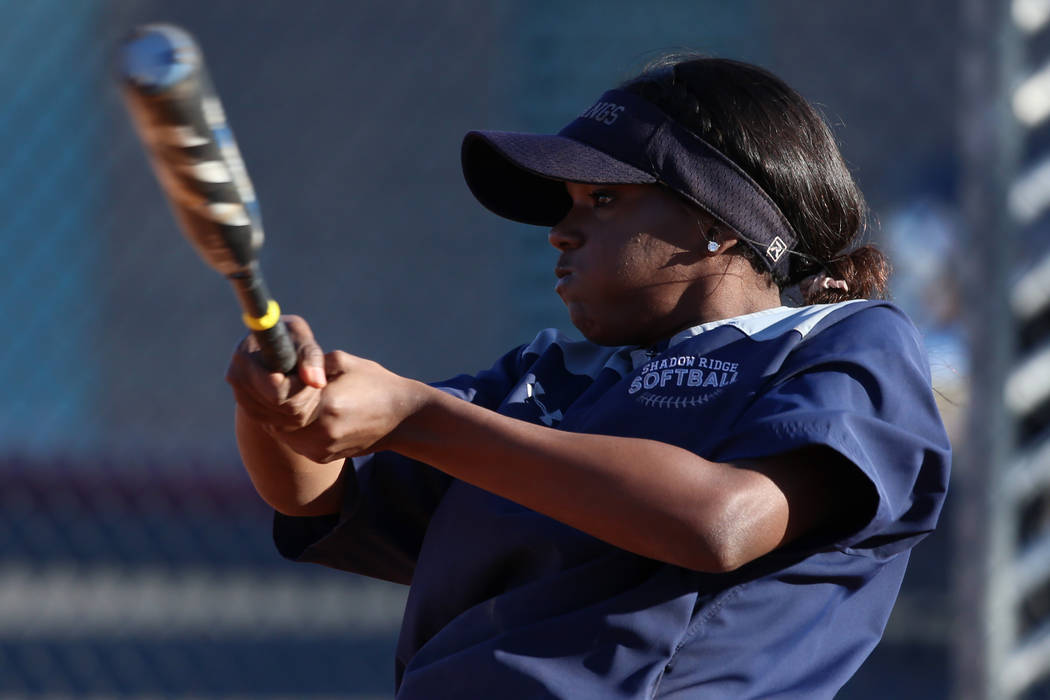 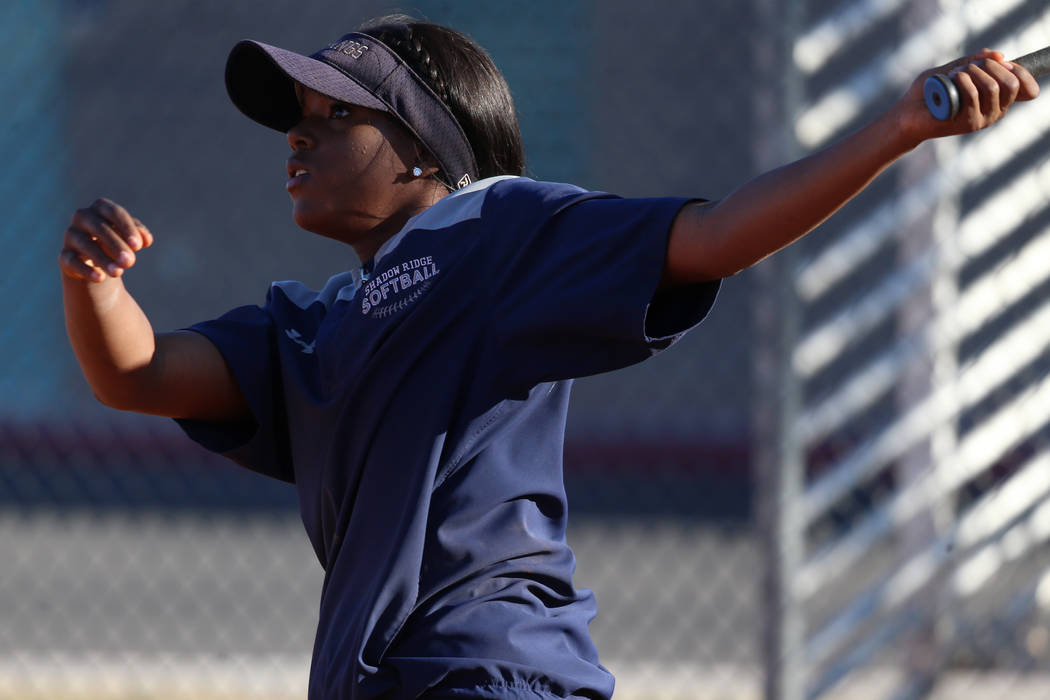 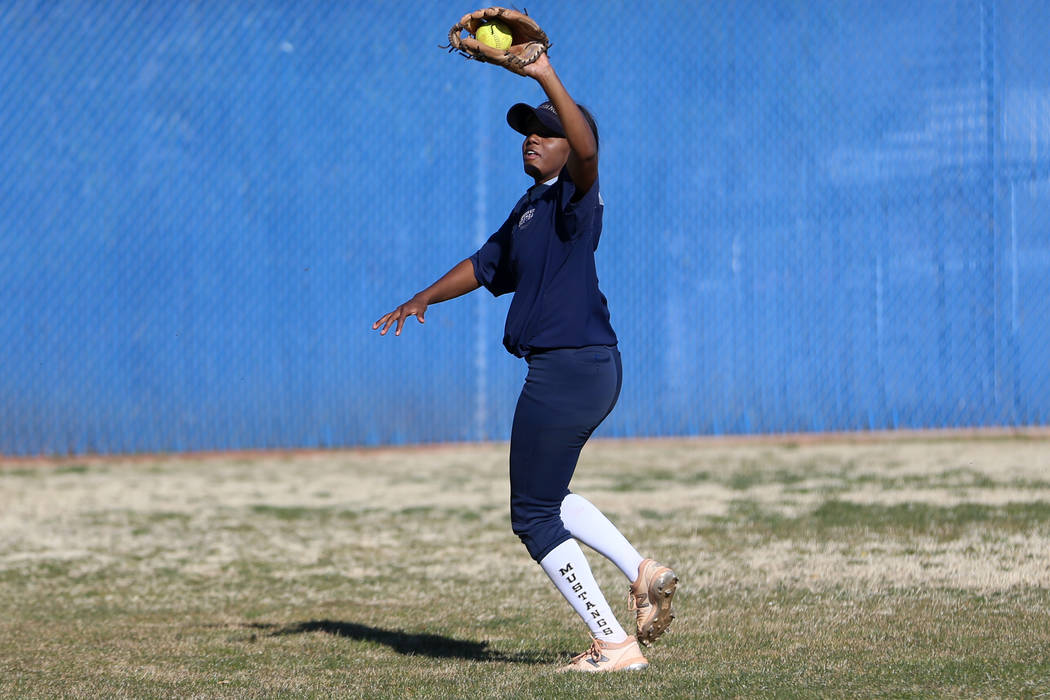 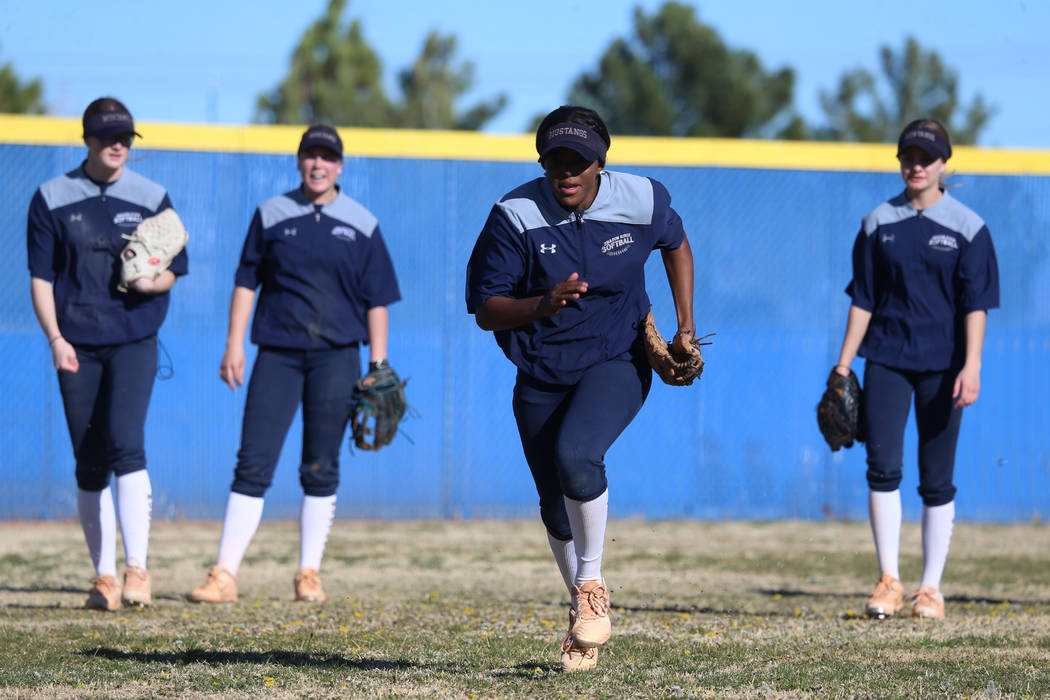 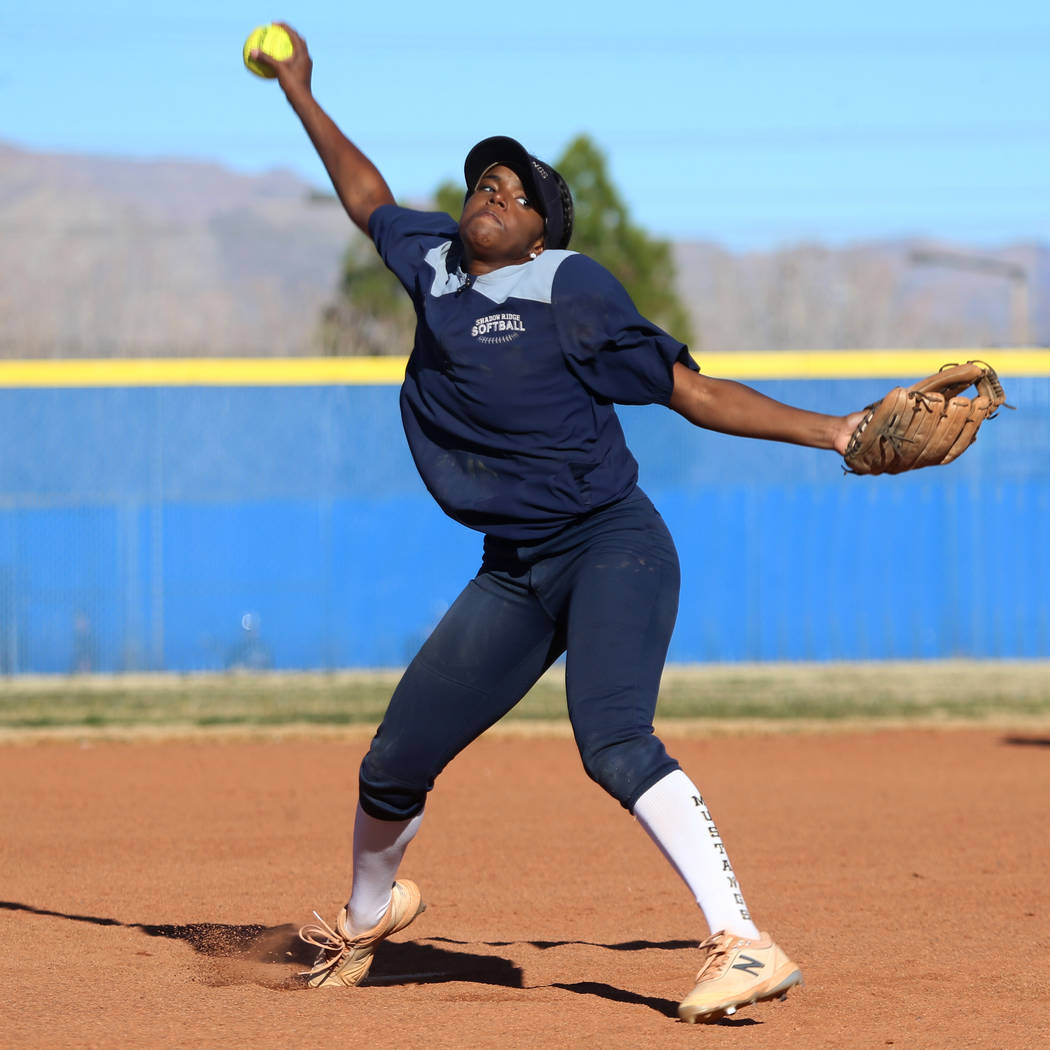 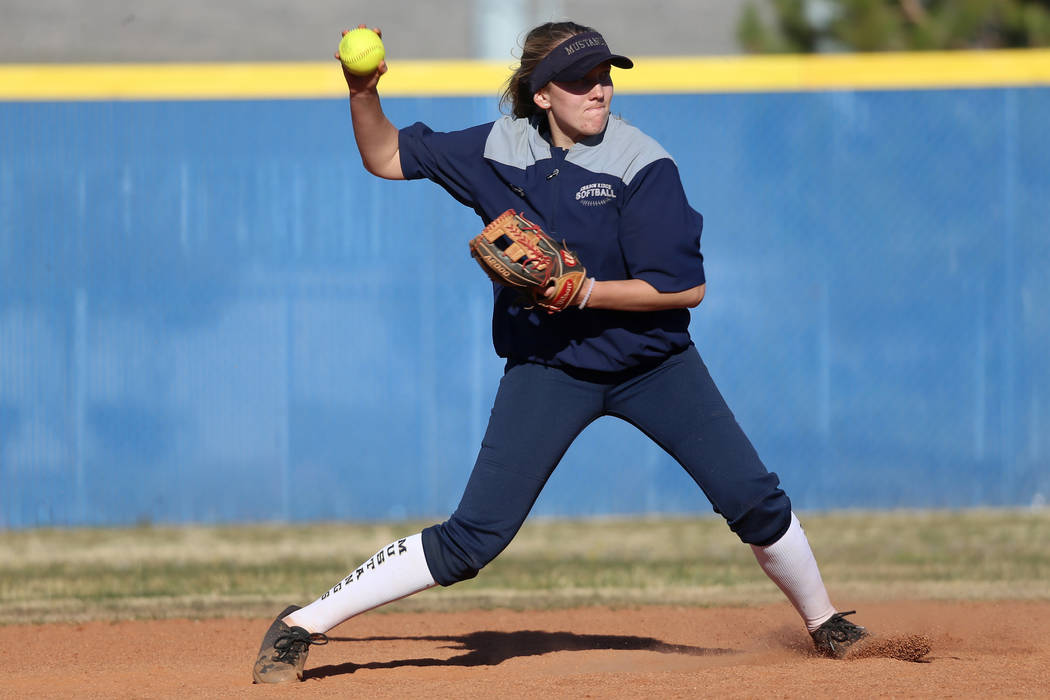 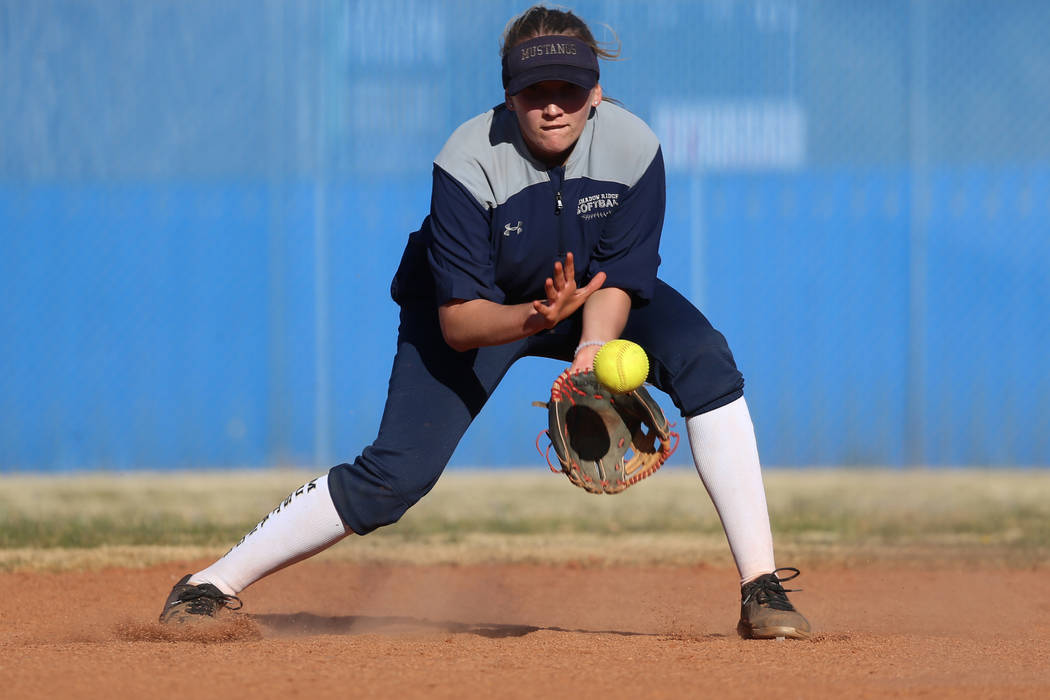 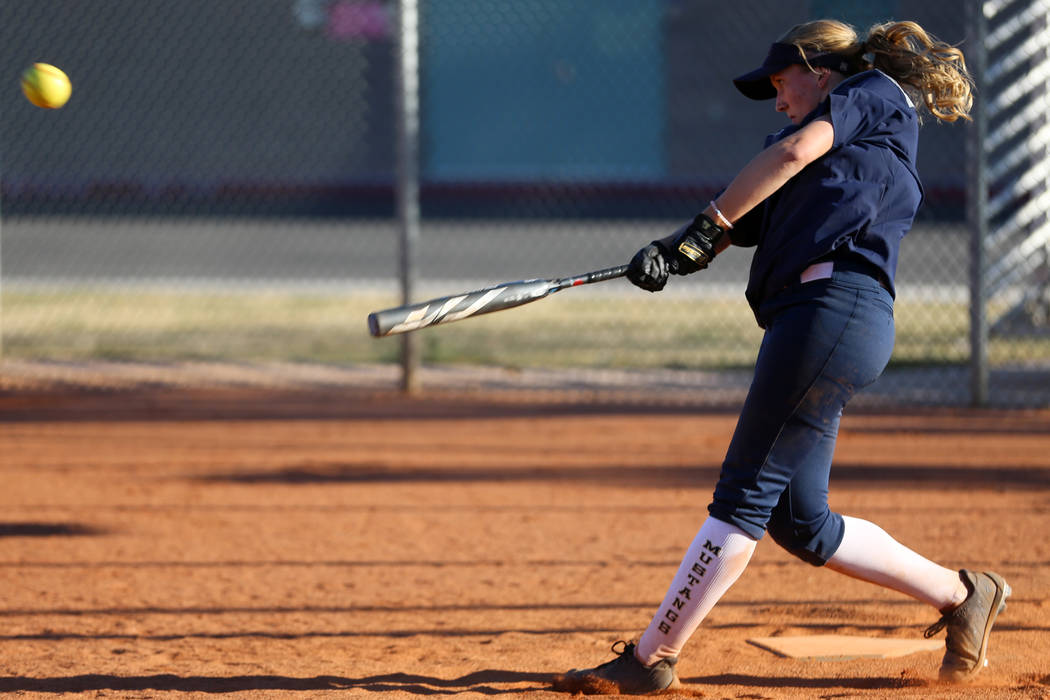 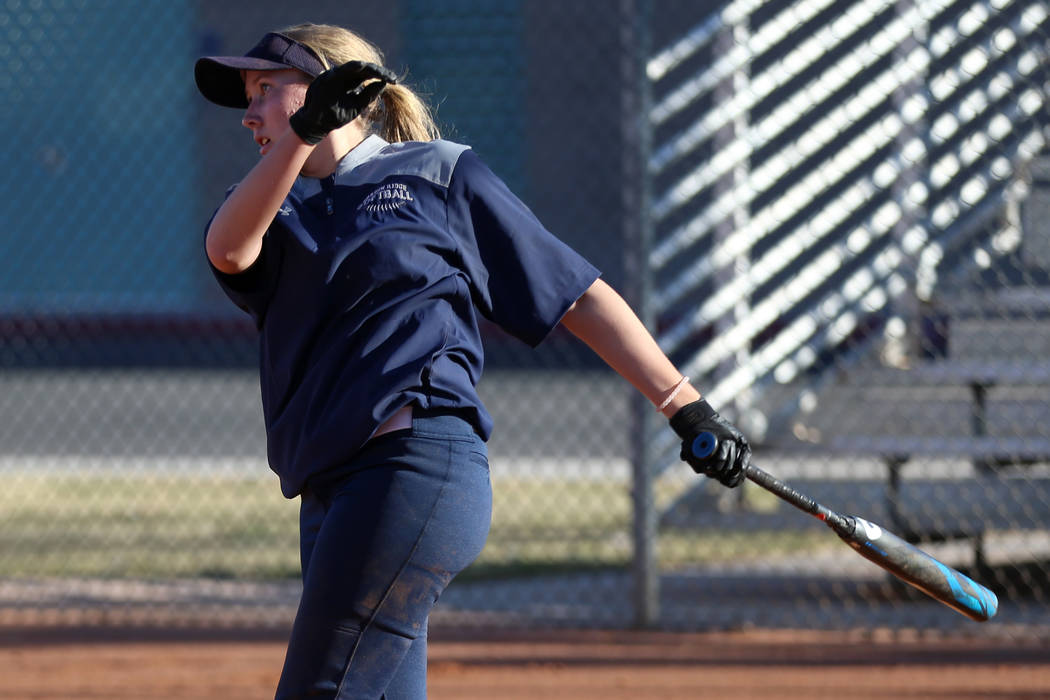 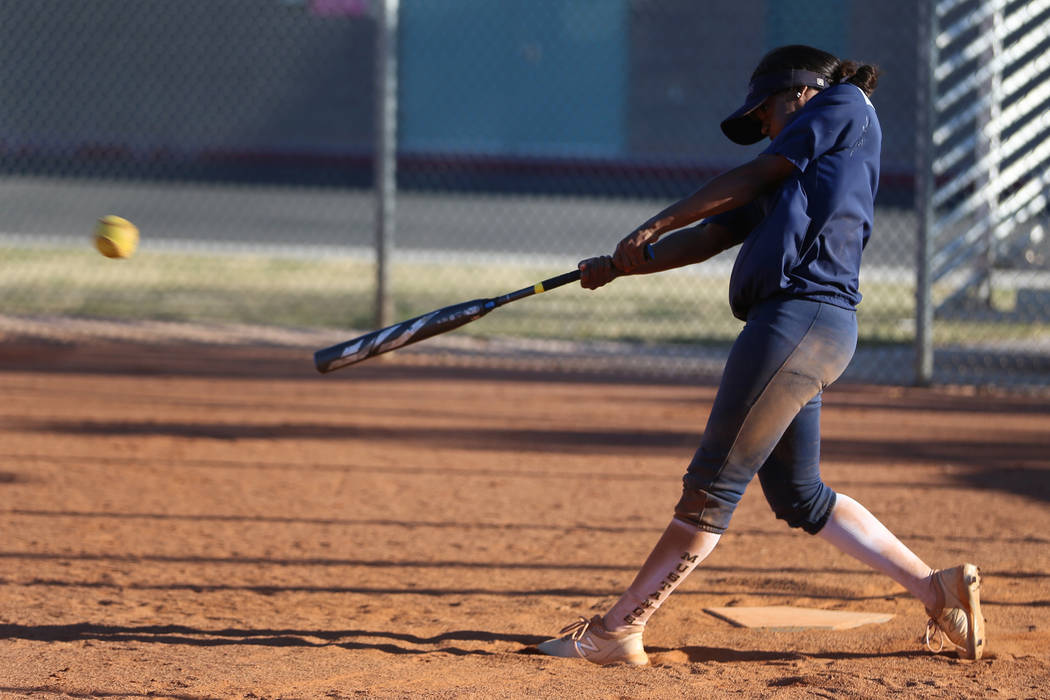 Last year, Shadow Ridge could sit back and wait for somebody to hit the ball out of the park. The Mustangs hit 48 home runs and scored double-digit runs 19 times, the last of which was a 13-3 run-rule win in five innings over Coronado that clinched the state title.

But players who hit 33 of those 48 home runs graduated, which means Meyn and this year’s squad will need to rely on other aspects offensively.

“We’re going to be missing some big bats, but we can go to a different game plan and hitting the ball in holes,” Meyn said. “We have a little more speed than we’re accustomed to, so we’re going to have to make some adjustments to our game plan.”

The Mustangs, who went 31-2 last season, aren’t devoid of power. Sophomore shortstop Hailey Morrow had six home runs, and Jasmine Martin added four, including one off the scoreboard in the state championship game.

“We lost a lot of our senior leaders, but I feel like we have a younger team and can work together and have the energy we might have lacked last year,” Martin said.

Meyn knew what she was losing and was proactive in trying to fill those holes. She brought five junior varsity players up at the end of the season to get them experience, and the other 10 on the roster are returnees.

Shadow Ridge should be strong on the left side of the infield with Morrow and third baseman Sydney Morgan back, and Mariah Castellanos will move behind the plate this season. Meyn expects several others to play more than one position.

“This team is very versatile, and we have a bunch of good athletes that are smart and have good softball IQ,” Morrow said. “That will help us win some games this year.”

Arbor View — The Aggies have several cornerstones back from last year’s team.

Basic — The Wolves won a game at the state tournament and figure to have strong pitching again.

Centennial — The Bulldogs were the only team to beat Shadow Ridge last season, but they need to replace their entire pitching staff.

Pahranagat Valley — The Panthers are gunning for their eighth straight Class 1A state championship.