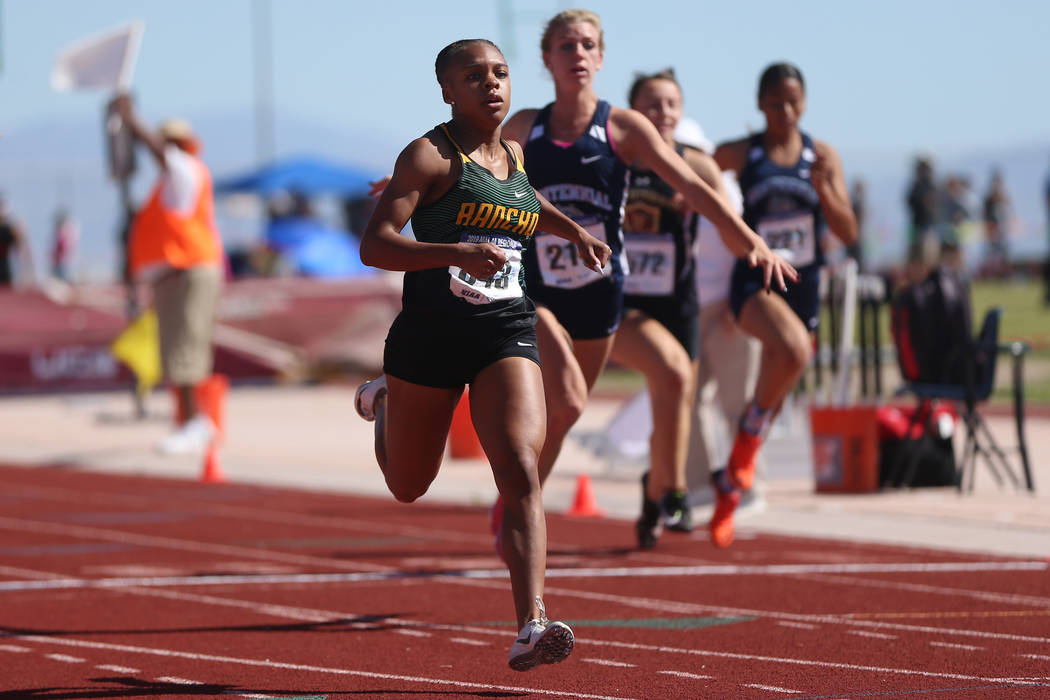 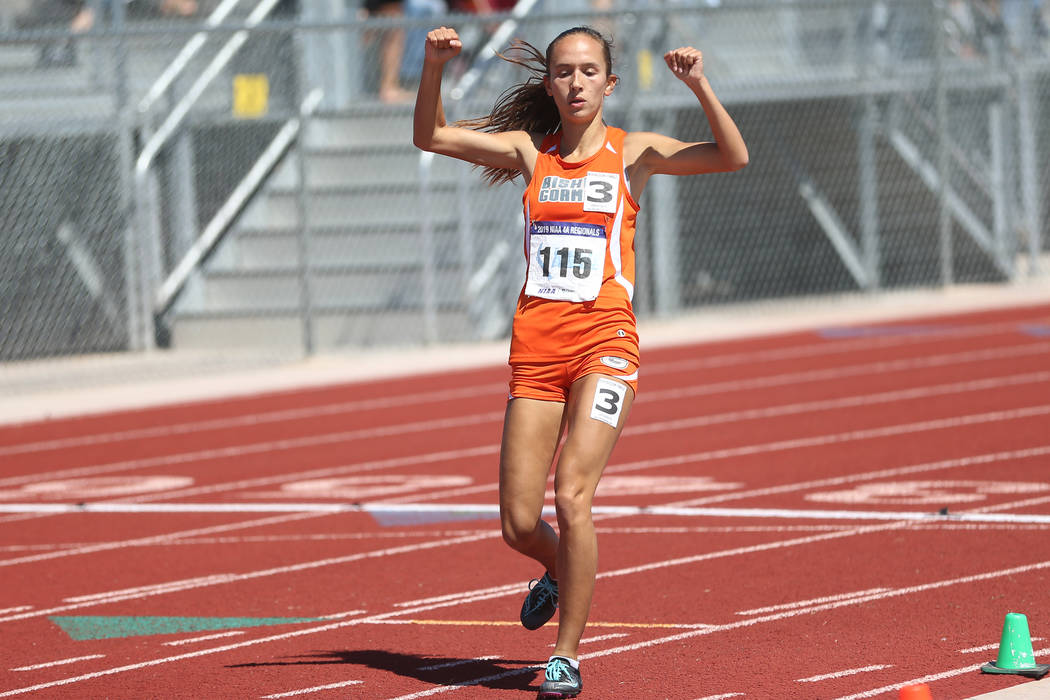 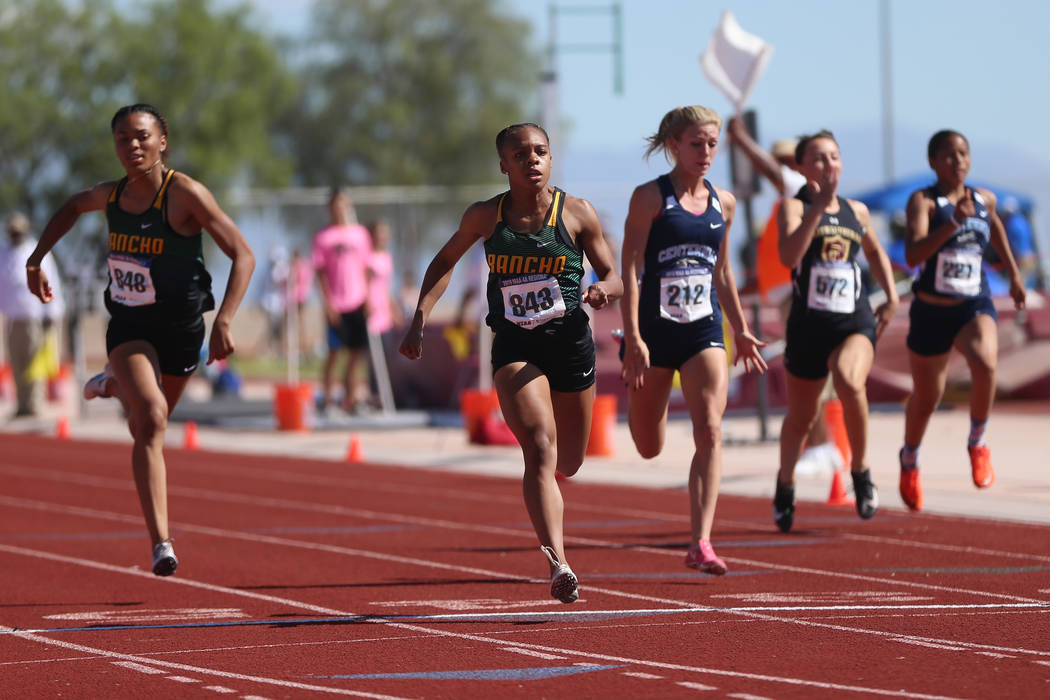 Rancho sprinter Amir’a Edmond already has the state’s fastest time in the 100-meter dash this season.

Now she has a region title to go with it.

“My main thing was making it to state and running well,” said Edmond, who didn’t qualify for the state meet in the 100 last year. “It helps to focus on yourself, focus on your race and the race you want.”

Edmond did not break the 12-second mark last year, but trained all year for her senior season. She ran the 100 in 11.76 in Friday’s preliminaries, and says she thinks she can go even faster at the state meet.

Edmond helped the Rams finish fifth in the team standings.

Centennial, for the ninth straight year, won the team championship with 212 points.

Ashley Moore set a state record in the triple jump with an effort of 41 feet, 11½ inches and won the long jump (18-4¼) for Centennial.

“They really want to make the mark and get ready for college,” Bulldogs coach Roy Session said. “They want to go for nine state titles. They have a bigger picture in mind.”

Basic’s Raquel Chavez was the fastest distance runner in the state this year.

But Bishop Gorman’s Emilia Puskas was faster on Saturday.

Puskas and Chavez are friends, but friendship is irrelevant on the track with titles are involved.

“We will always have that competition with each other,” Puskas said. “We really push each other, we really know what each other’s strategies are and we always seem to run our best times together.”

The Gaels didn’t contend for the team title, though, ceding the top three places to Silverado, Coronado and Sierra Vista. The Skyhawks claimed first place with 107 points, edging the Cougars’ 105 and the Mountain Lions’ 104.

Silverado coach Jerry Oliver said he suspected earlier this season that his team could compete for the Desert Region title.

“As the year went on, we were doing well in a lot of invitations and stuff,” Oliver said. “I knew we would be in a tight race and have a shot, definitely top three. We kind of knew going in. We didn’t really want to make it a big deal to the girls.”

“They were excited,” Oliver said. “I don’t think it really hit them that they won.”

The Pirates had 129 points. Mojave was second with 120, and Virgin Valley was third with 89.

At Overton, Olivia Hendrix won all four of her events and helped White Pine run away with the team title in the Class 2A Southern Region meet.