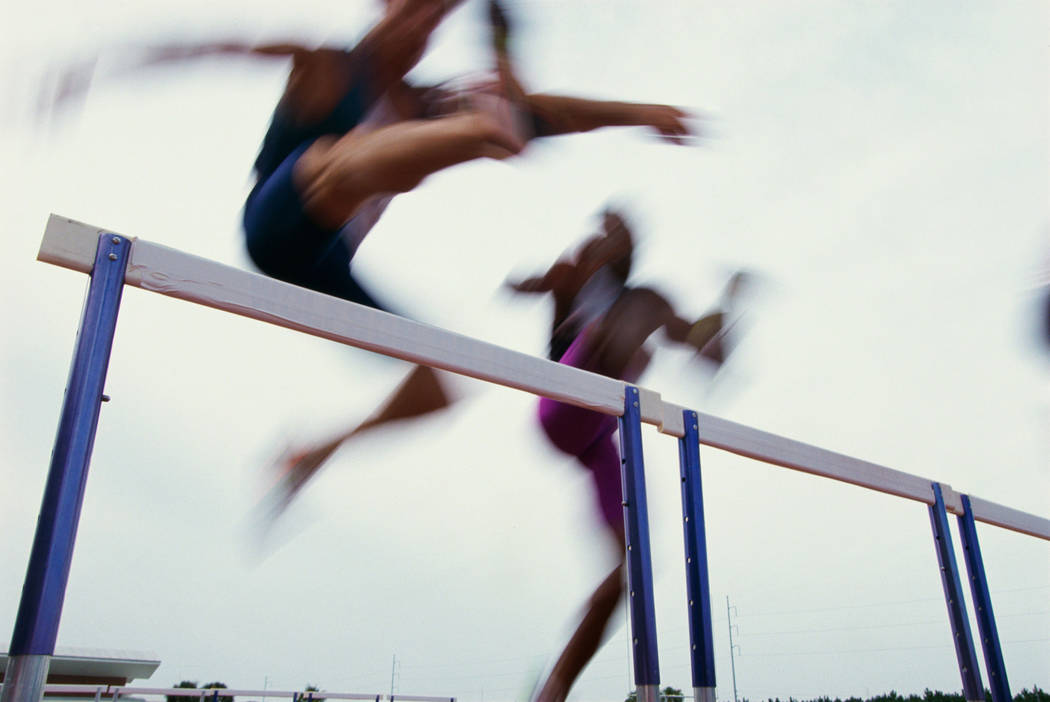 Emily Wickens won one individual event and was a part of two winning relay teams Tuesday to help Coronado’s girls track team to an 83½-57½ win at Silverado.

At Shadow Ridge, Amari Washington and Abigail Zuhlke each won two individual events as the Mustangs topped Cimarron-Memorial and Somerset-Losee.

At Chaparral, Natalie Mills won two individual events and ran on a winning relay to lead Moapa Valley to victory over Mojave and Chaparral.

Legacy won three of the four relays, with Durango winning the 800 relay.

MOST READ: Nevada Preps
1
‘She’s the one’: McDonald’s selection worth the wait for Spring Valley’s Gayles