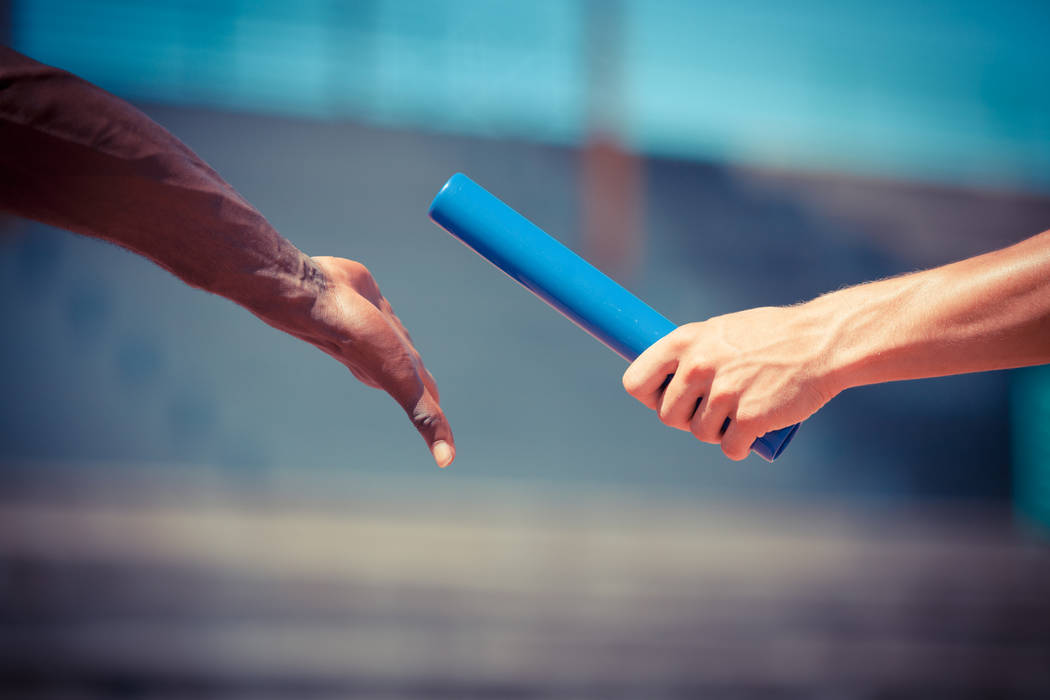 Del Sol’s Charleyanse Howard had four top-three finishes in individual events. She won the 200 in 26.65 and won the triple jump with a distance of 36 feet, 2½ inches. She also finished second in the 100 and third in the high jump.

The top five finishers in each event advance to the state meet, which begins Friday in Carson City.

The Meadows’ Ellen Hirsberg will wrap up a stellar high school running career next week. She’s hoping to add a few more state titles to an already large collection.

Hirsberg, who won the 400, 800 and 1,600 in last year’s Class 2A state meet easily won all three events Saturday at the Class 2A Southern Region meet.

Hirsberg is the three-time defending Class 2A state champion in the 800 and has won six individual state titles.

The rest of the meet belonged to White Pine, which racked up 291 points and easily captured the team crown. Laughlin was second with 72 points. Democracy Prep took third with 62, and The Meadows was fourth with 56.

Democracy Prep’s Azalia Pitts won the long jump with a mark of 16-0½ and was second in the triple jump.

The top four finishers in each event advance to the state meet, which begins Friday in Carson City.

Trista Merrian and Emma Jemmerigbe each won two individual events, and Tonopah had a first-place finish in 13 of the 17 contested events on its way to an easy win in the Class 1A Southern Region meet.

Tonopah finished with 274 points. Beatty and Pahranagat Valley tied for second with 57. Indian Springs and Round Mountain tied for fourth with 37.

The top four finishers in each event advance to the state meet, which begins Friday in Carson City.