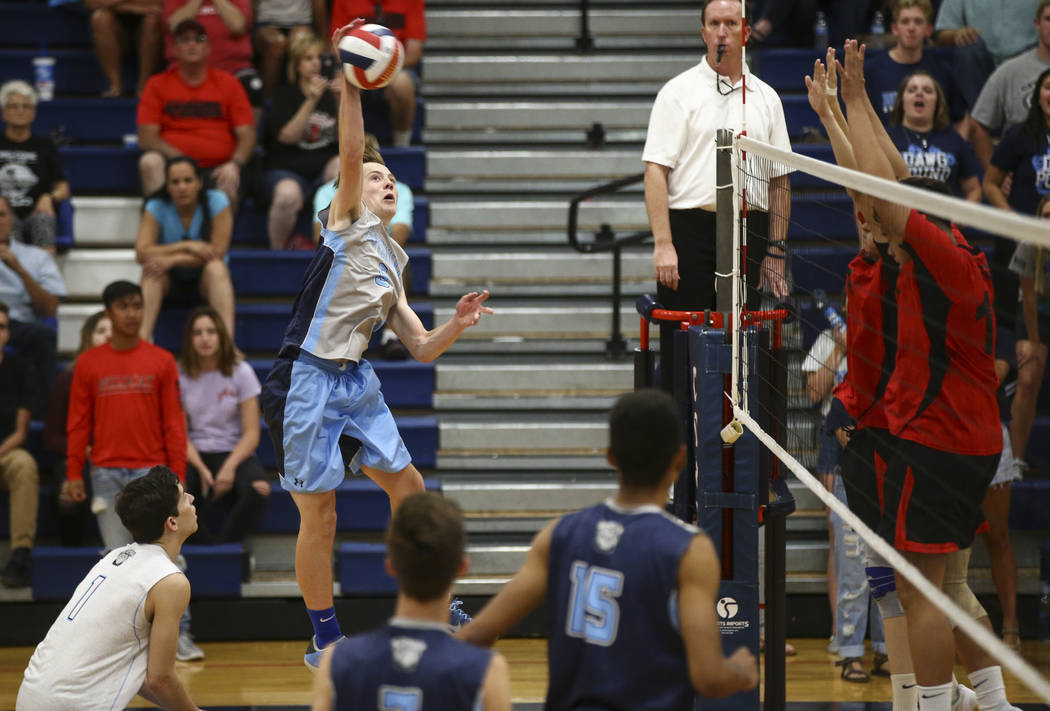 Justin Madsen is one of eight returning lettermen for the Bulldogs. Chase Stevens/Las Vegas Review-Journal

Outlook: The Bulldogs came within a set of advancing to the Class 4A state championship match last year and bring back three starters.

“We return a solid core from last year’s team,” Davis said. “We are excited to put our product back on the floor again as we have a nice mix of strong senior leadership and young talent. The expectation, as always, is to get better every day, work harder than our competition, maximize the ceiling of each athlete, and compete for a state championship.”