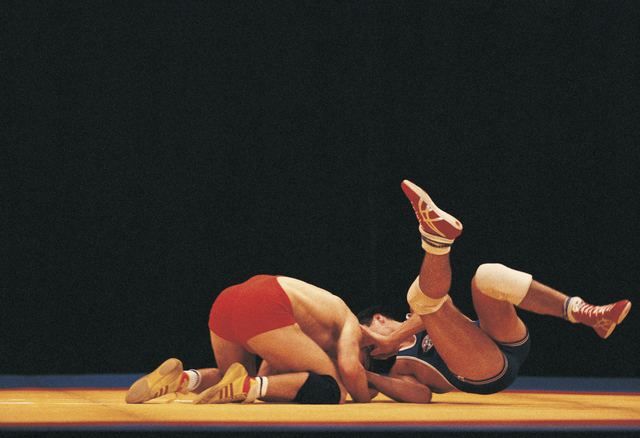 Cimarron-Memorial 75, Bonanza 6 — At Bonanza, six Spartans won by fall in their victory over the Bengals.

Bonanza received its points via forfeit.

Cimarron-Memorial 72, Desert Oasis 6 — At Bonanza, Miguel Reyes-Geronimo won by fall at 106 pounds in the Spartans’ win over the Diamondbacks.

Josh Corona won by fall at 132 pounds for the Diamondbacks.