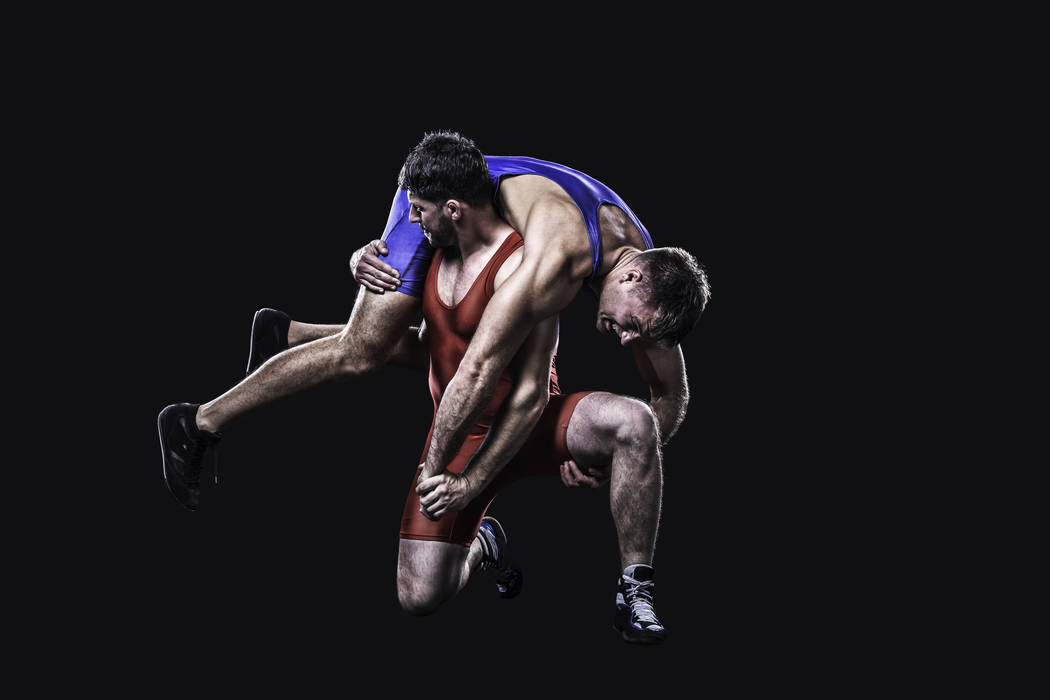 Anthony Aniciete, whose older brothers starred at Las Vegas, posted an 6-4 overtime decision over Trace Everett at 126 pounds to help the Bulls.

Jonathan Broadhead won by fall in 40 seconds at 195 to lead Las Vegas, which also got a pin from Joseph Hernandez (285).

Las Vegas 52, Western 24 — At Las Vegas High, Jakob Alvarado won by fall in 26 seconds at 170 pounds to help the Wildcats to the win over the Warriors.

Las Vegas 51, Valley 18 — At Las Vegas High, the Wildcats won three matches by fall en route to the victory over the Vikings.

Durango 46, Legacy 22 — At Boulder City, Frankie Pelton won by fall in 40 seconds at 195 pounds to help the Trailblazers beat the Longhorns.

Brian Chung (285) also had a pin for Durango, which won four matches by forfeit.

Boulder City 70, Durango 3 — At Boulder City, Ben Shafler pinned his opponent in 42 seconds at 106 pounds to help the Eagles roll past the Trailblazers.

Boulder City 76, Legacy 6 — At Boulder City, Danny Pate won by fall in 32 seconds to help the Eagles roll by the Longhorns