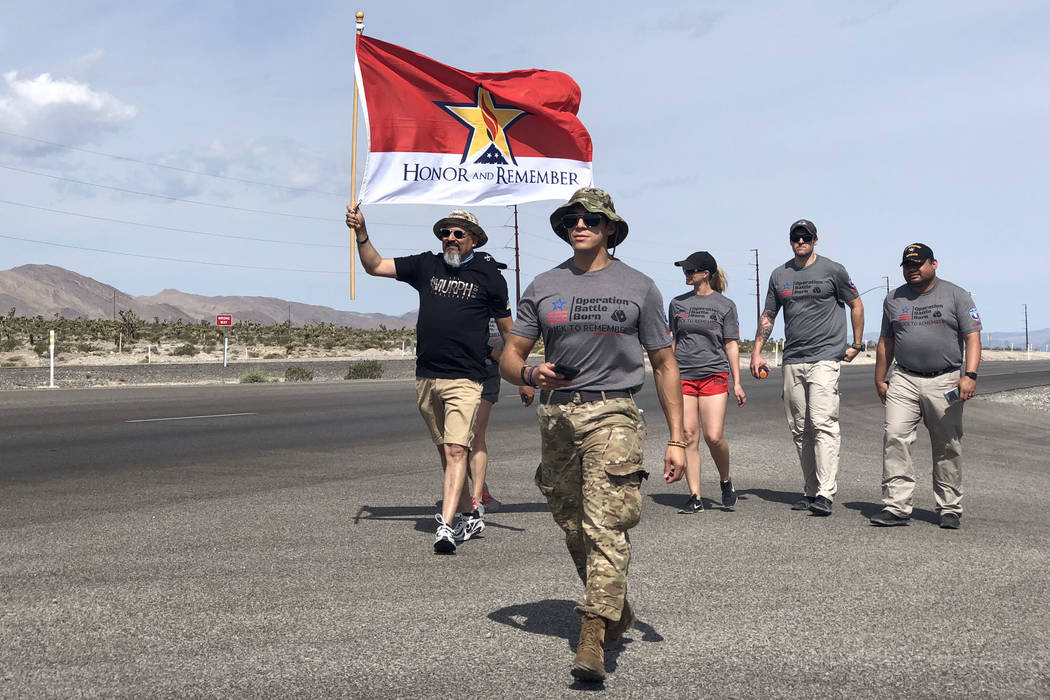 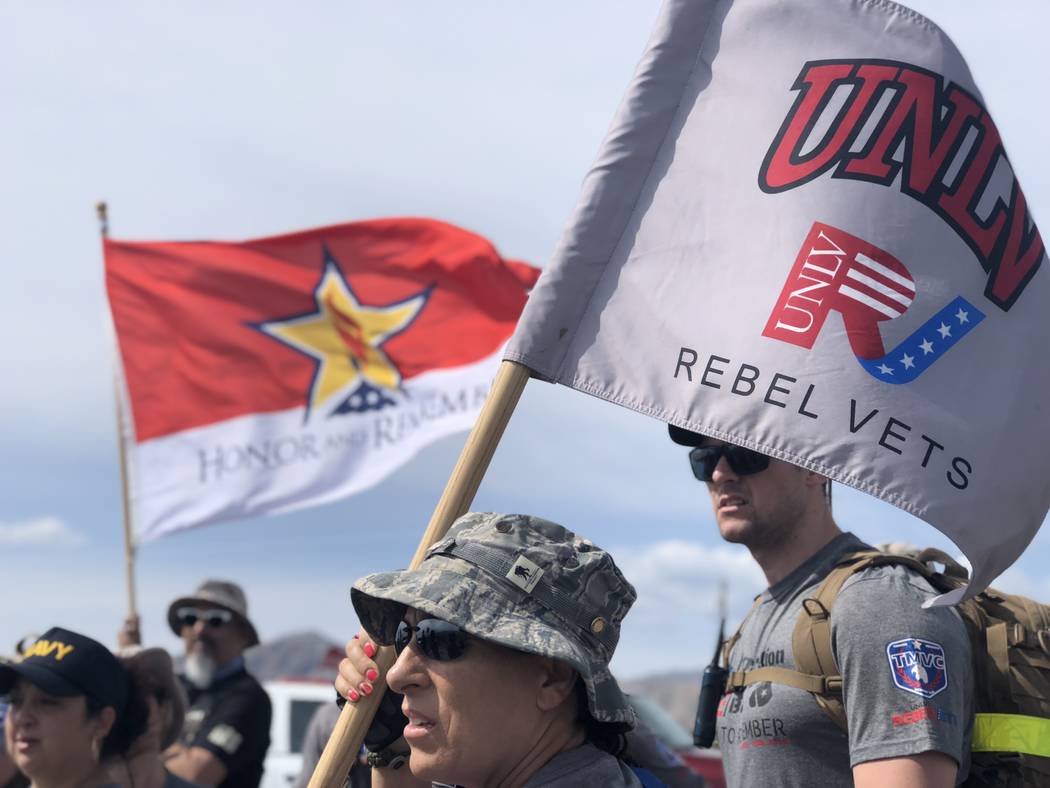 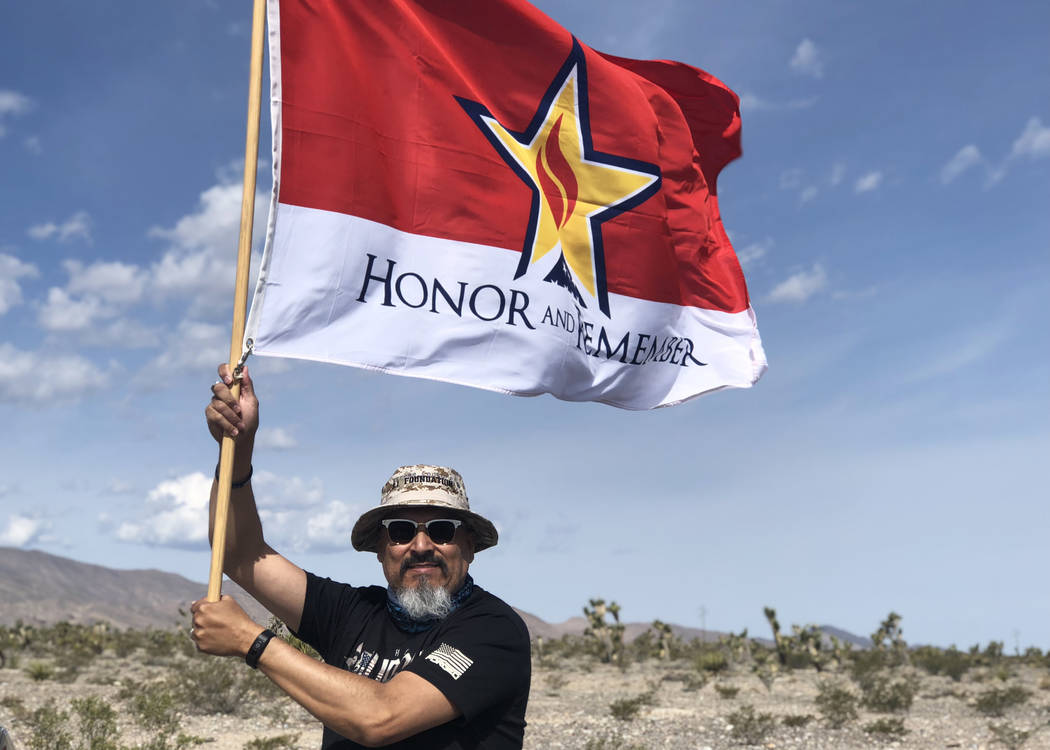 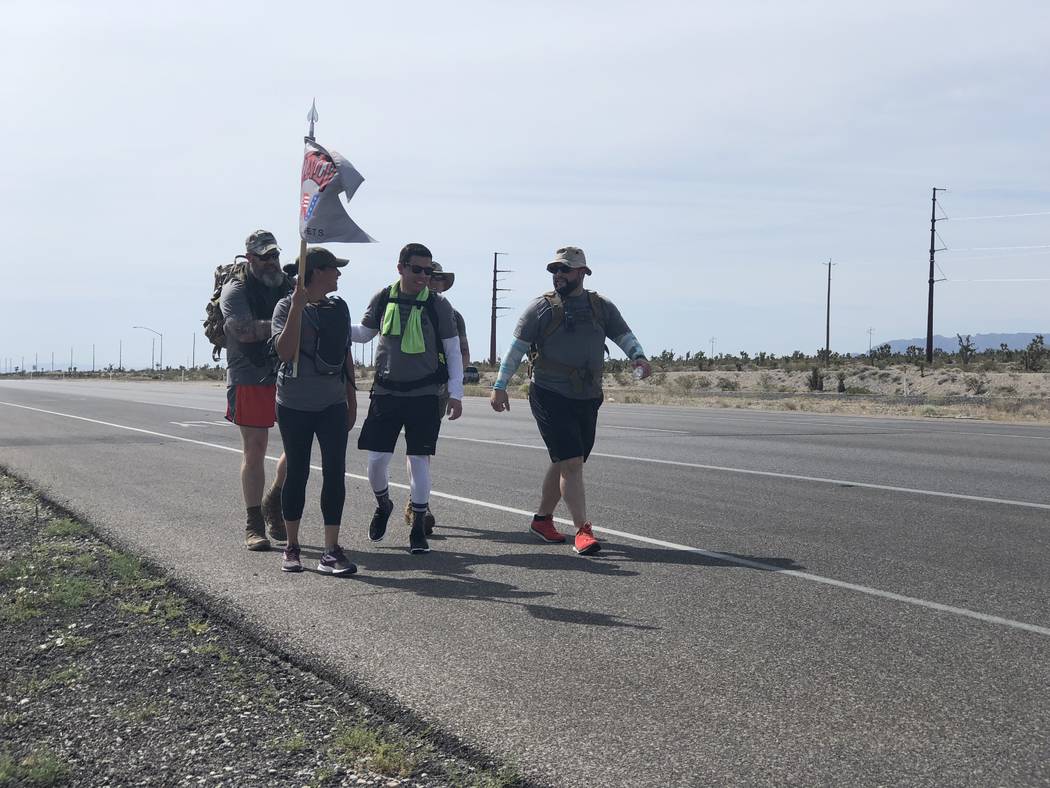 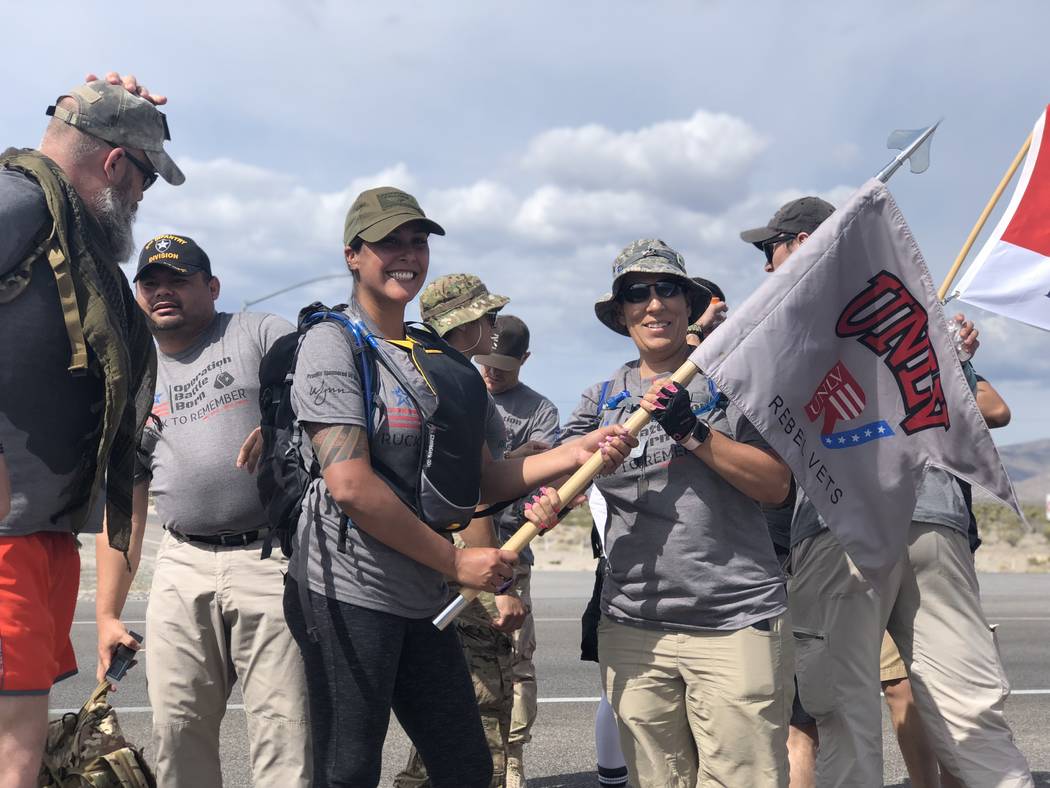 Leo Garcia is marching with the weight of 7,000 fallen veterans on his back.

“I’m walking in remembrance of our heroes who gave their lives for our country,” said Garcia, an Air Force veteran. “When we raised our hands to serve this country, we did it because we love our country.”

The eight-day march will cover more than 370 miles, ending near Fernley in Northern Nevada. About 170 veterans and residents are expected to participate.

The Southern Nevada marchers, who on Sunday dubbed themselves the Rebel Ruckers, expect to have made it to Goldfield by Thursday. There, they will hand off the rucksacks to their northern allies, who will continue marching to Fernley. Rucksacks are types of bags carried over the shoulder that have been commonly used in the military.

At 9:20 a.m. Sunday, Leo Garcia stood with his wife, LC, waiting for the first group to reach Lee Canyon Road, which would mark the first 10 miles of the march. Above the couple, a red and white flag cut through the sky as winds whipped across the open desert near Mount Charleston. The flag read, Honor and Remember.

The couple would march the next 10 miles to Indian Springs with the dog tags.

“I do this for those who gave their life for me, because even though they don’t know me, they gave their life so that I could be here today,” said LC Garcia, whose son served in the Army.

As the Garcias and other marchers readied themselves for their 10-mile stretch, Alexandria Sawin whizzed around the group, snapping photos.

Sawin, a UNLV student, an Air Force veteran and the president of the Rebel Veterans, plans to walk the last 12-mile leg of the march Thursday before the northern marchers take over.

“Imagine carrying 40 pounds through a desert with highs in the 90s,” she said Sunday. “Still, it’s nothing compared to the sacrifice that all these service members who were killed in action have endured. It’s the least we could do to honor them.”

The march also recognizes the lives that were irrevocably changed during deployment, Sawin said.

“This is a really special event that’s close to my heart,” she said. “I have not been deployed, but I know a lot of service members who have tried to (kill themselves), so I’ve been affected in that way. Today, we honor what they may have lost from serving.”

As cars zoomed by on the highway near the Lee Canyon exit, Jacqueline Bollenback passed the Rebel Veterans flag to Linda Miller. It was 9:36 a.m.

His gold star flag joined the Rebel Veterans flag in the air as the second group set off.