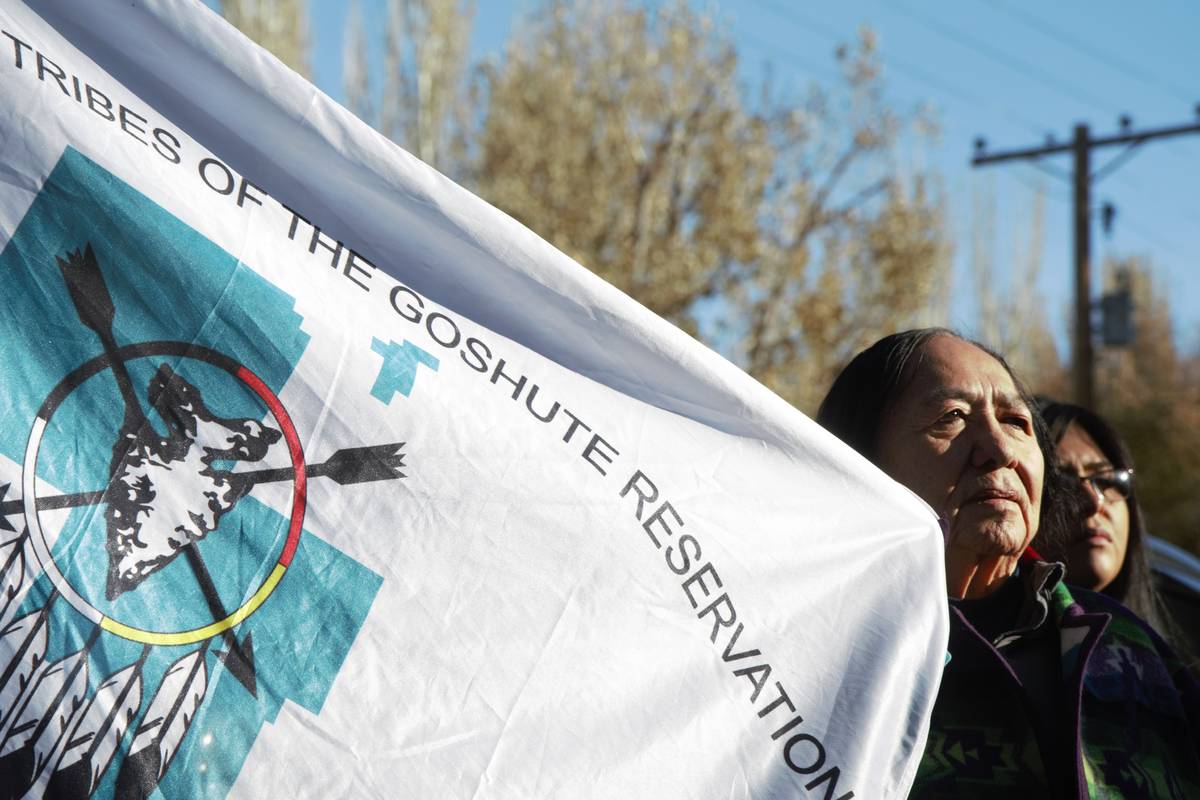 FILE--Delaine Spilsbury, an elder of the Ely Shoshone tribe, holds up a Confederated Tribes of Goshute Reservation flag during a demonstration on Wednesday, Nov. 12, 2019. (Colton Lochhead/Las Vegas Review-Journal). 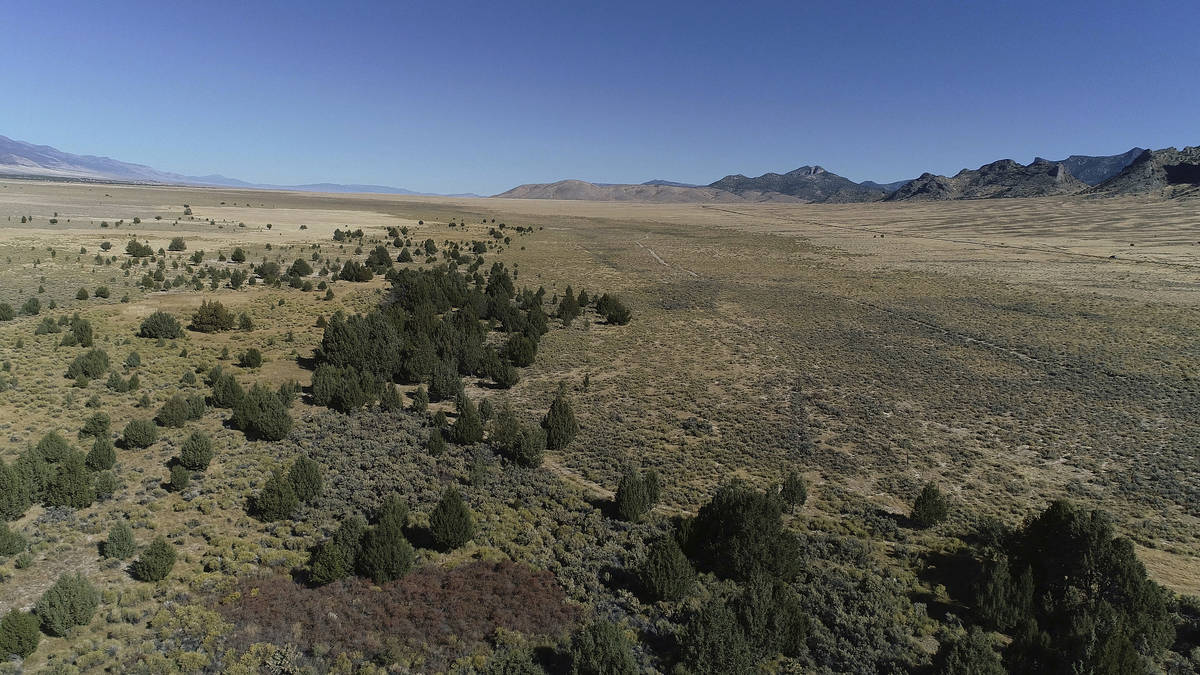 FILE - In this undated file photo is the Swamp Cedar Natural Area, a tribal site known as the swamp cedars, considered sacred by a number of Shoshone tribes in Ely, northeast Nevada. Lawmakers are considering strengthening protections for trees that Native Americans in northeastern Nevada consider sacred. The Duckwater and Ely Shoshone tribes have used swamp cedars in Spring Valley to memorialize their ancestors lost in three 19th century massacres and have long joined others in efforts to block a proposed pipeline that would siphon groundwater from rural valleys to Las Vegas. (Benjamin Spillman/The Reno Gazette-Journal via AP, File)

CEDAR CITY — A pair of proposals in the Nevada Legislature would add new protections for the swamp cedars in the Spring Valley area of White Pine County, a site that the Shoshone tribes consider sacred.

Assembly Bill 171 would make it illegal for people to cut down or damage any of the Rocky Mountain junipers known as swamp cedars in the area without first getting a permit from the state Division of Forestry. Assembly Joint Resolution 4 would urge Congress to grant the location greater federal protections by declaring it a national monument or to include it as part of an expansion of the nearby Great Basin National Park. Both proposals were heard in the Assembly Natural Resources Committee on Monday.

The swamp cedars, known as Bahsahwahbee in Shoshone, was a traditional meeting place for indigenous people in the Great Basin area where tribal people would gather for prayer and celebration and to pay tribute to their ancestors killed in 19th century massacres.

“Bahsahwahbee is a very important, sacred, spiritual and holy place for us,” said Rupert Steele, chairman of the Confederated Tribes of the Goshute Reservation.

The site, located near the Nevada-Utah border, became a point of contention amid the decades-long attempt by the Southern Nevada Water Authority to pipe water from rural Nevada to Las Vegas to fuel development. That project was finally abandoned last year. The tribes and other opponents of the pipeline argued that pumping the groundwater out of the area could have wreaked havoc and potentially killed the trees.

“Together these two measures give Nevada the chance to do something that we thought would be impossible just a few years ago,” said Delaine Spilsbury, an Ely Shoshone tribal elder, during Monday’s hearing.

The area was home the three separate massacres of native people in the mid-to-late 19th century, according to an application for a Traditional Cultural Property designation. A military attack in 1859 killed an estimated 525 to 700 indigenous people, while another military attack in 1863 killed dozens more. A third attack in 1897 is believed to have been carried out by a group of local vigilantes.

Spilsbury said that her grandmother was one of two young girls who survived the third massacre.

The swamp cedars are not just a grove of trees, Spilsbury said, but the spiritual embodiment of the ancestors who were killed.

“Our relatives are in those trees,” Spilsbury said.

“If the swamp cedars are gone from Bahsahwahbee, then it is all gone,” Spilsbury added.

Monte Sanford, a researcher who compiled the Traditional Cultural Property application, said that there is archaeological evidence that shows indigenous people living in the area as far back as 14,000 years ago.

Sanford said that while it might not look like a traditional religious site to some, it should still be treated as such.

“Even though it’s not a cathedral or a temple, it’s the tribe’s temple,” Sanford said.