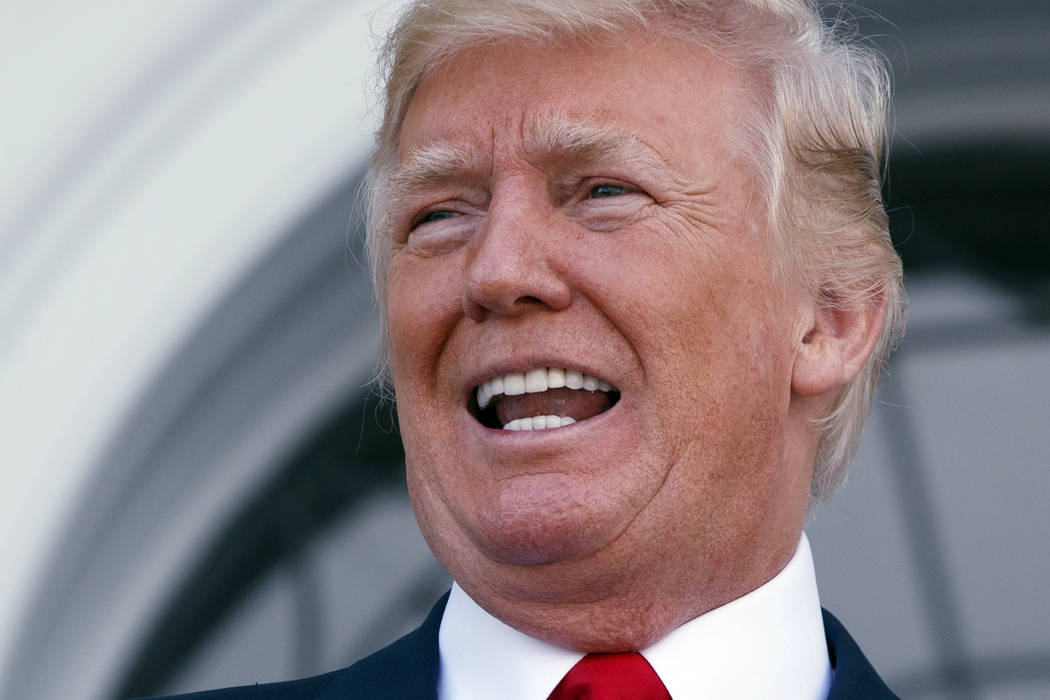 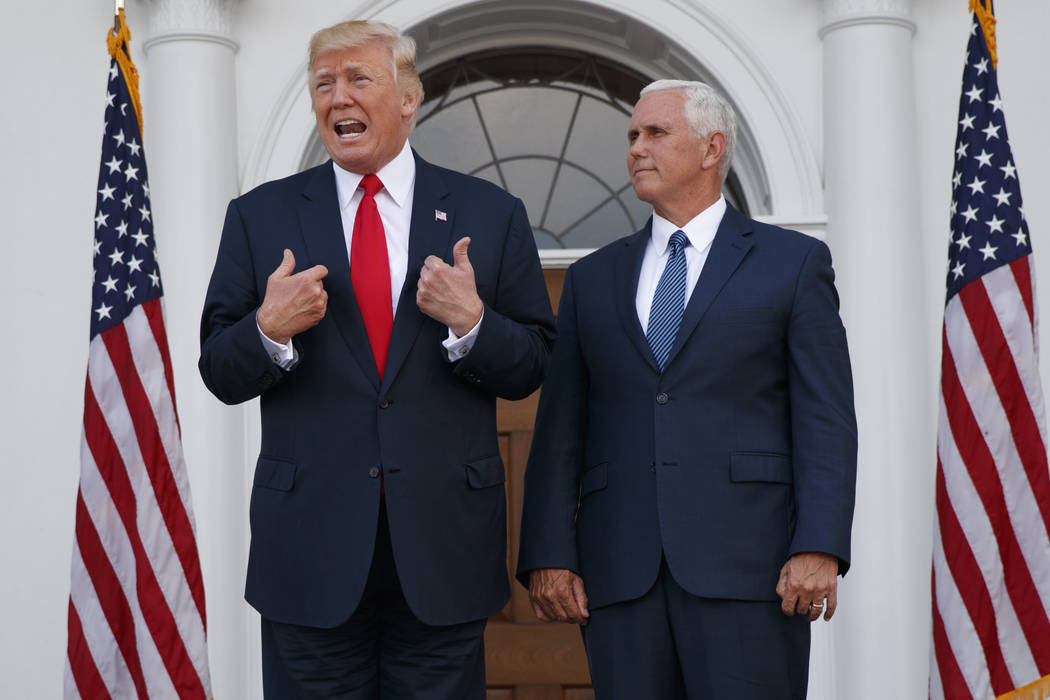 WASHINGTON — Avoiding a repeat confrontation with the media, President Donald Trump signed a bill to improve education benefits for veterans in a closed event Wednesday at his Bedminster golf course in New Jersey.

The closed event was a contrast to his press conference a day earlier at Trump Tower, which turned into a combative exchange with reporters and led to an uproar over his claim of moral equivalence on the left and the right for the violence in Charlottesville, Virginia.

Trump’s extraordinary shift in his stance a day after denouncing neo-Nazis and the Ku Klux Klan prompted a slew of business leaders to step down from White House business advisory panels, which then led to the president disbanding the councils.

The president announced his intention to end the business councils on social media “rather than putting pressure” on corporate executives who were leaving following Trump’s claim that “there is blame on both sides” for the Charlottesville violence.

Denise Morrison, chief executive of Campbell Soup Co., became the latest to resign from Trump’s manufacturing council, saying, “The president should have been — and still needs to be — unambiguous” in denouncing white supremacists.

Former Presidents George H.W. Bush and George W. Bush released a statement that did not mention Trump by name but said the country “must always reject racial bigotry, anti-Semitism, and hatred in all forms.”

Senate Majority Leader Mitch McConnell, R-Ky., said white supremacists were planning a protest in Lexington, Kentucky. He denounced the bigotry and said Kentucky did not welcome their rally.

“There are no good neo-Nazis, and those who espouse their views are not supporters of American ideals and freedoms,” McConnell said. “We all have a responsibility to stand against hate and violence, wherever it raises its evil head.”

Trump flew back to his New Jersey golf club where he held a signing ceremony for a bill that expands education benefits for veterans and makes changes to the GI Bill.

The legislation, the Harry W. Colmery Veteran Education Assistance Act of 2017, was co-sponsored by Nevada Sens. Dean Heller, a Republican, and Catherine Cortez Masto, a Democrat.

A key provision of the bill eliminates the 15-year “use it or lose it” clause in the original GI Bill legislation. And it restores credit lost to veterans by the closing of for-profit colleges and institutions.

Heller said the bill is “another positive development for Nevada’s veterans.”

There are currently more than 225,000 veterans living in Nevada, of which 21,000 are women and nearly half, or 120,000 veterans, are under age 65, according to the Department of Veterans Affairs.

Heller added amendments to expand coverage for reservists and guardsmen, create a pilot program for computer programming, and specifically address benefits lost by the closure of ITT Technical Institute and other for-profit schools.

VA Secretary David Shulkin, in New Jersey, said the president signed the bill that will add federal funds to current efforts to help veterans prepare for careers and life after military service.

Shulkin said he was with Trump on Saturday and watched events unfold in Charlottesville. “He was upset,” Shulkin said.

Shulkin said he would not speak for the president, but said Trump has made clear his denouncement of the violence and bigotry that was on display in Virginia.

“It is a dishonor to our country’s veterans to let Nazis and white supremacists go unchallenged,” Shulkin said.

Shulkin said that as an American and a Jewish American, “we know staying silent on these issues is not acceptable.”

Trump’s campaign announced the event Wednesday — a day after the president blamed “both sides” for weekend violence in Charlottesville, Virginia, between white supremacists and counter-demonstrators.

The campaign says the Aug. 22 rally will take place at the Phoenix Convention Center.

The president has been holding campaign-style events in Trump-friendly areas since he took office. Next week’s rally will be Trump’s first in the West.

MOST READ: POLITICS & GOVT
1
Some in Nevada GOP call for new chairman