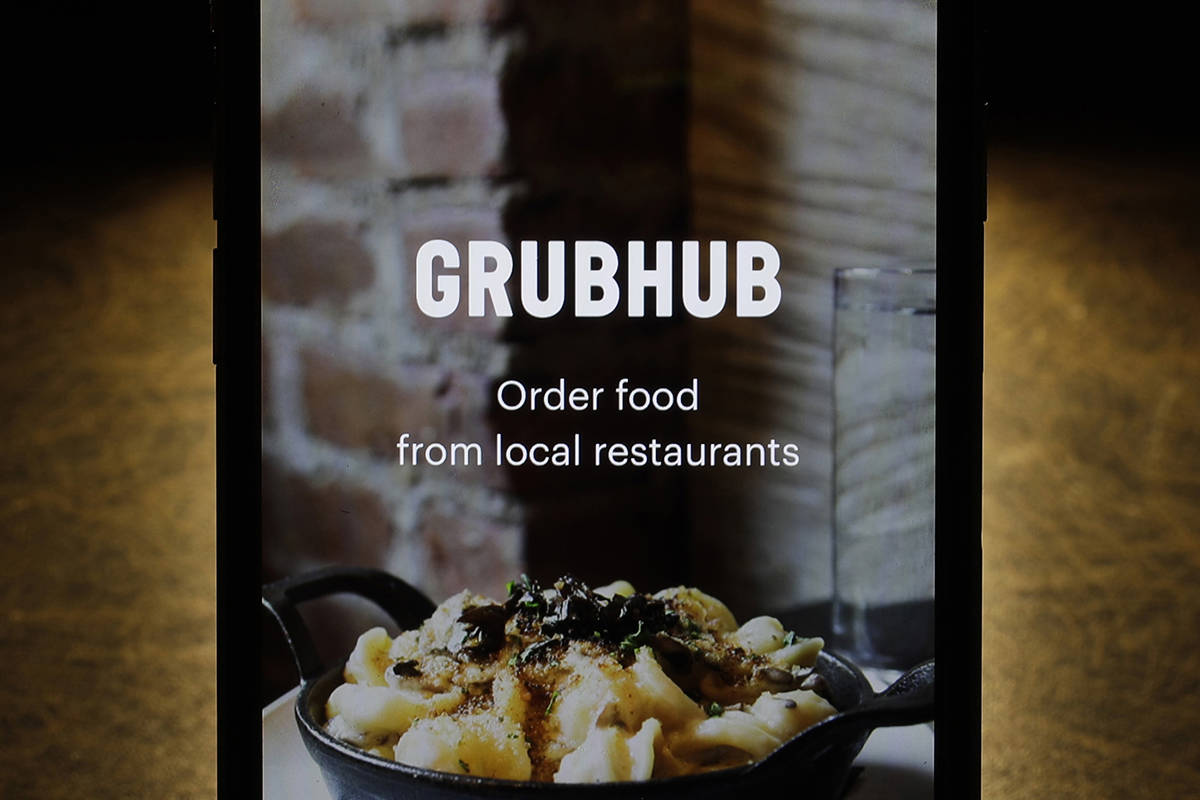 Clark County commissioners are asking the Nevada attorney general’s office to investigate whether the tech giant Grubhub is evading a 15 percent cap on fees charged to restaurants.

“The truth is, the companies have really been honorable in this other than Grubhub,” county Commissioner Tick Segerblom said Tuesday.

Segerblom spearheaded the cap, limiting the fees that restaurants in the unincorporated county must pay through Feb. 1, as establishments feel the devastating effects from statewide restrictions meant to curb the spread of the coronavirus.

The emergency ordinance was passed in early August.

But on Tuesday, the debate over the fees was renewed when the commission heard from Tacotarian owner Kristen Corral, who championed the rule, and from a spokeswoman for the Nevada Restaurant Association.

Establishment owners were indeed being charged no more than 15 percent for delivery, they said. But they told commissioners they were having to pay a separate 15 percent marketing fee for simply being listed on the platform. The charge violated the spirit of the ordinance, they argued.

So Segerblom recommended an update to the ordinance to include marketing in the 15 percent, with no exemptions for listings and advertising fees. The proposed change, which raised other issues among third-party food-delivery companies, will be considered in mid-November.

While the proposed update did not mention Grubhub by name, Segerblom did: “We came back with this change to bring Grubhub to the same level” as the other companies.

He said he did not mind if delivery companies used optional marketing fees, but said restaurants should be allowed to choose if they wish to sign on for costs above the 15 percent cap.

Grubhub says its business model is different from the others: a marketing engine, first and foremost, that allows independent restaurants to compete against bigger establishments.

As such, it says it charges 10 percent delivery fees only to restaurants who use its drivers. But the negotiable marketing fee, incurred whenever restaurants receive an order through the Grubhub platform, generally runs 10 percent to 15 percent, according to the company.

“We closely reviewed the ordinance when it passed and took quick steps to implement the cap by ensuring any delivery fees paid by restaurants do not exceed 15% in accordance with the law,” a company spokesperson said in a statement.

The spokesperson noted that the ordinance does not place a cap on marketing or advertising services.

But the commission said Tuesday it plans to reach out to Attorney General Aaron Ford’s office, believing that he has the authority to investigate potential deceptive trade practices more quickly.

“I just think that maybe the attorney general and the consumer advocate could really, they could enforce something tomorrow,” Chairwoman Marilyn Kirkpatrick said.

Commissioner Jim Gibson said the county needed to send a signal to Grubhub that it is violating the intent of the ordinance.

“We don’t take it lightly that we’re being ignored,” he said. “We understand that there are those who have different business models, and maybe now is not a time when they ought to be pursuing their model, but as far as we’re concerned, they can’t pursue that model.”